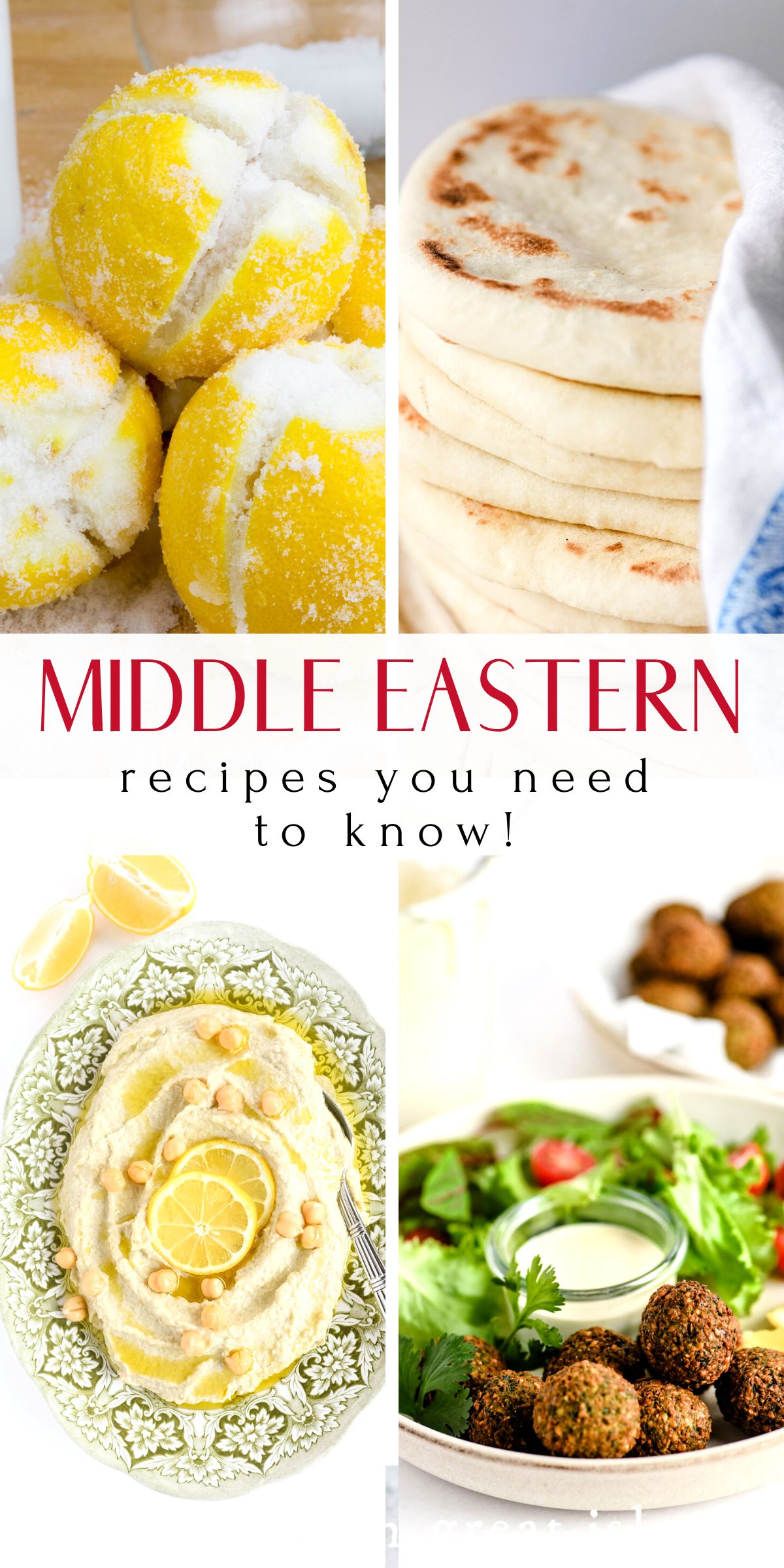 Classic Middle Eastern recipes from hummus and falafel to kofta, labneh, and preserved lemons ~ try something new from this list!

Middle Eastern recipes have inspired me since the earliest days and are some of the most iconic recipes on this site. Here are 12 classics that everyone should know!

Falafel, or crispy chickpea fritters probably originated in Egypt over a hundred years ago, but began life as fava bean fritters. Falafel has since spread across the Middle East, Levant, and the Mediterranean. When done right, it’s one of the best vegetarian meals you’ll ever eat. Mine are crispy outside, and brilliant emerald green inside 🙂

Kofta is a very old type of Persian meatball, and could well be the original meatball! The name comes from the Persian word for ground meat. Kofta are made with minced meat (lamb, chicken, pork or beef) breadcrumbs, onion, egg, and spices. Sometimes rice, bulgur wheat, or lentils are used in place of the breadcrumbs. Kofta are often formed into cigar or finger shapes and threaded on skewers, but they can also be rolled into balls like I’ve done here. Serve them in pita, over rice, hummus, fresh greens, garlicky tzatziki or couscous with yogurt, as below.

This amazingly refreshing salad inflames passions when it comes to its provenance. It’s a refreshing Levant salad made with chopped tomato, onion and cucumber, along with bell peppers, parsley, olive oil and lemon. Za’atar and sumac are common spices added to the salad.  I break with tradition and add feta cheese.

I’ve been baking pita bread for as long as I can remember, it’s such fun to make and far superior to store bought pita that feels like cardboard. This simple flatbread with an interior pocket is the world’s oldest form of bread, a part of Middle Eastern and Mediterranean cuisine for thousands of years. You might be surprised to know that it cooks right on the stove top, not in the oven! Same with its cousin laffa bread.

I can’t imagine life without hummus. We make it so often it’s like second nature, there’s never any measuring involved. Getting my first Vitamix high speed blender marked a turning point in our hummus journey ~ I was finally able to make hummus as velvety smooth as my favorite Middle Eastern restaurant. It’s all about the power of that motor and those blades. But some, like my husband, prefer a more textured hummus, so to each his own. You’ll find both styles here.

Tabbouleh might be the perfect year round salad. You get the benefit of whole grains plus the fresh greens and veggies and it has the most wonderful fluffy texture. I alternate between craving the classic tabbouleh recipe and wanting to load it up!

If you’ve ever been excited to make a recipe and then discovered it called for preserved lemons (which you didn’t have) you’ll be happy to know you can make them yourself, easily.

Fresh mint leaves steeped in boiling water become the most rejuvenating drink ever. Part social custom, part healing elixir, this fresh mint tea can be served steaming hot or iced, depending on the season.

This silky soft yogurt cheese is as delicious as it is versatile. If you love yogurt, labneh is your logical next step. Great for breakfast with toast, or as a dip or spread as part of a traditional mezze platter. You can roll it into balls, too.

Similar to the Arabic/Israeli salad but a little bit chunkier, this Persian cucumber tomato salad recipe puts the emphasis on fresh mint, dill, and lime.

Muhammara is one of those Middle Eastern recipes that isn’t quite as well known as its sisters hummus and baba ganoush, but this easy vegan spread has to go on your must make list (the color alone is worth it!) Made from roasted red peppers and walnuts, lightly sweetened with pomegranate molasses and spiked with smoked paprika, this Middle Eastern appetizer is a conversation starter.

I vividly remember the first time I tried this fresh mint lemonade ~ it’s hands down the most refreshing drink I’ve ever tasted. This Middle Eastern slushie is a must make.

Warm aromatic cardamom is one of the signature spices of the Middle East, and is wonderful in coffee! I love this so much I’ll sometimes add a touch of cardamom to my regular morning coffee. 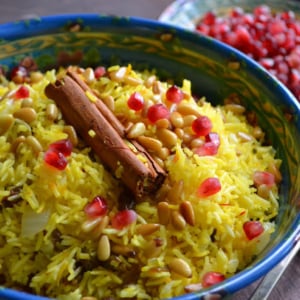 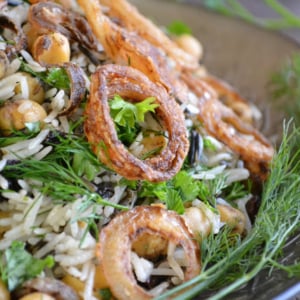 Basmati and Wild Rice with Chickpeas, Currants and Herbs 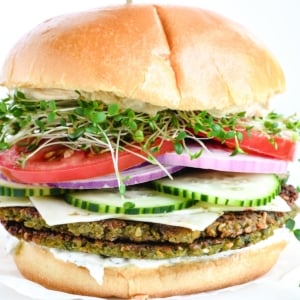 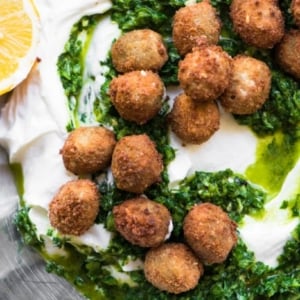