This recipe for Maui Island Granola with Macadamia Milk was given to me years ago by a friend who brought it back from Maui. It was served every morning with breakfast at the tiny inn on the east coast of the island where she spent her honeymoon. I don’t know how she pried it out of the mistress of the house, but I’m so glad she did, it’s been enchanting us for years. 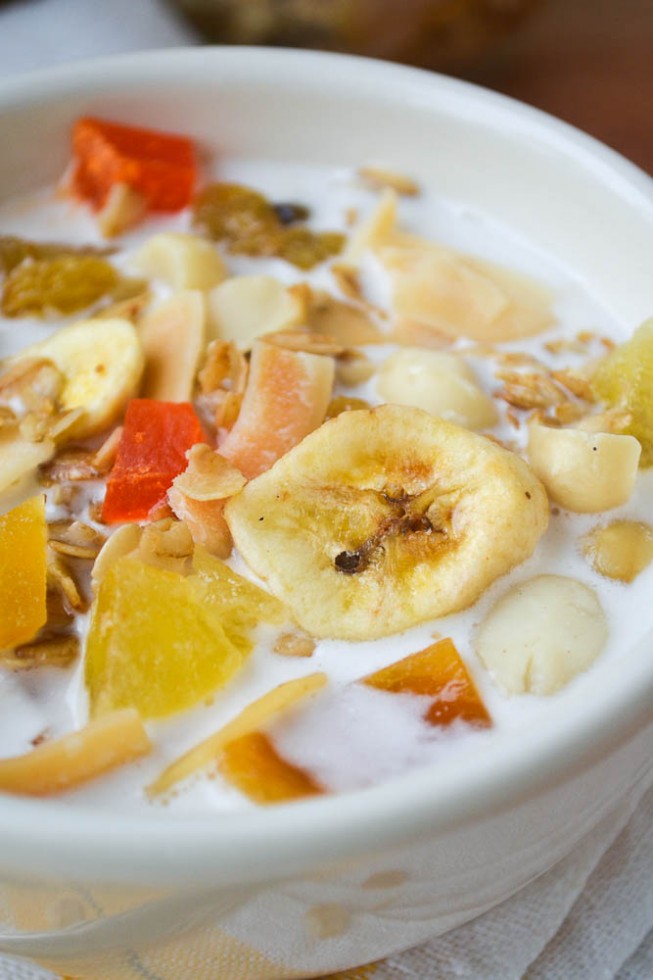 It seems simple enough, but there’s something about the combination that wows me. It’s made with rolled oats, flaked coconut, dried tropical fruit like papaya, mango, and pineapple, and lots of macadamia nuts for crunch. The only flavoring it needs is lots of pure vanilla…both the extract and the seeds. I swear it’s the most luxurious granola I’ve ever eaten. The inn served it with thick coconut milk, but I like it with my own raw macadamia milk. Keep on reading, you’ll swear you’ve died and gone to Maui. 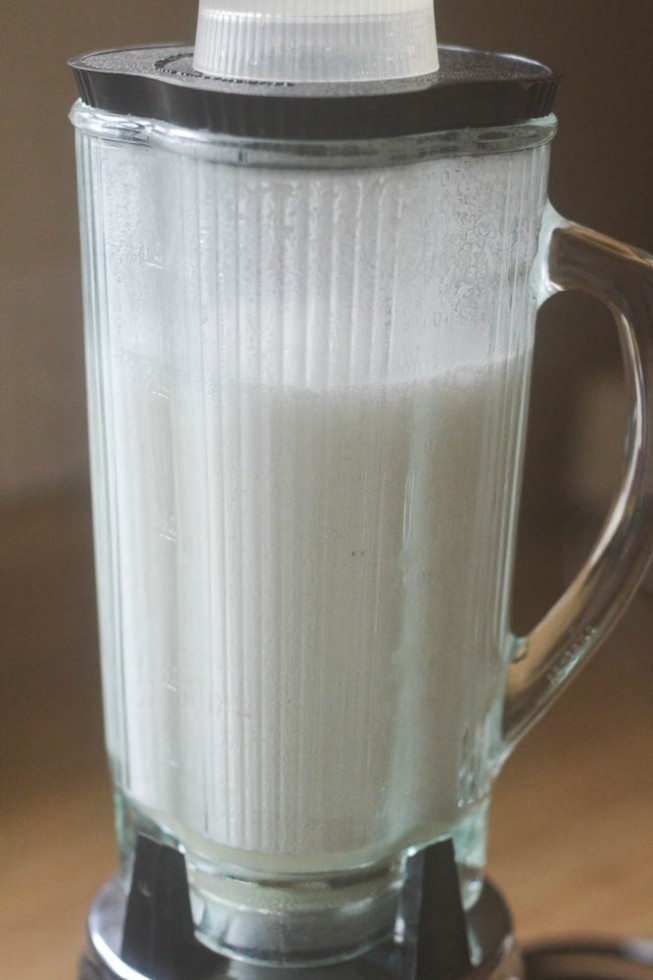 Ever since I made my own ALMOND MILK I’ve been itching to try other varieties. Macadamias are so rich and creamy to begin with, I knew they would make an incredible milk, and I was right. You only need one cup of nuts to make a quart of the stuff. It’s the exact same process as with the almond milk — grind up a cup of nuts in the blender, add a quart of water, and process for a minute to get it all blended. Then strain it through a muslin bag or several layers of cheesecloth and you’ve got yourself delicious macadamia milk. If you like the idea of making nut milks, do yourself a favor and buy an inexpensive, reusable nut milk bag, you can find them on AMAZON.  They are basically little fabric drawstring bags that are the perfect texture for straining the milk; the milk flows through and the nut solids remain behind. You just squeeze with your hands to get every last bit out. It’s fun, trust me! 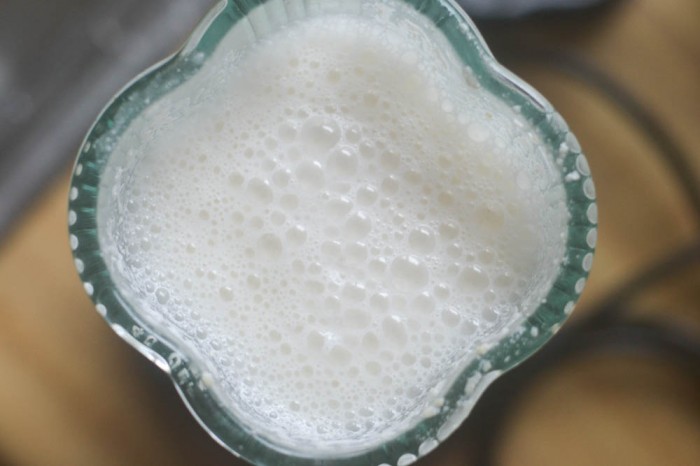 Making nut milks has been one of the most exciting kitchen experiences I’ve had this year. Each one has been better than the last, with the clear but subtle flavor of the nut itself coming through. I find them so much more appealing and cleaner tasting than cows milk. What makes them such a successful project is that they are relatively cheap to make, completely quick and easy, and the result is delicious. I can’t think of a better pairing for this granola, either. 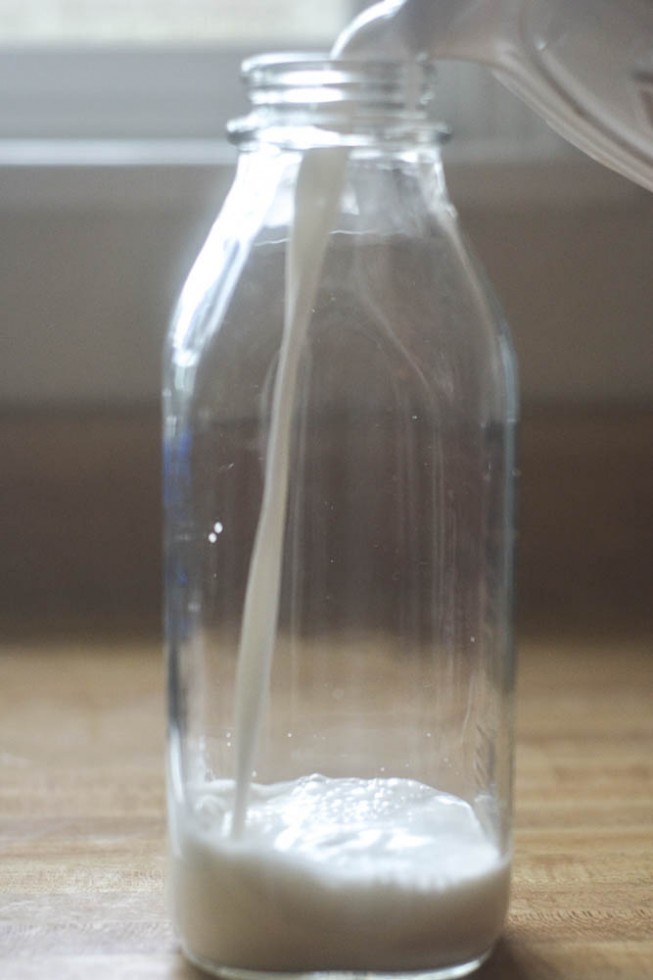 It’s crazy, isn’t it, how much it looks like dairy milk? But this has the fresh clean taste of macadamia with a hint of coconut. 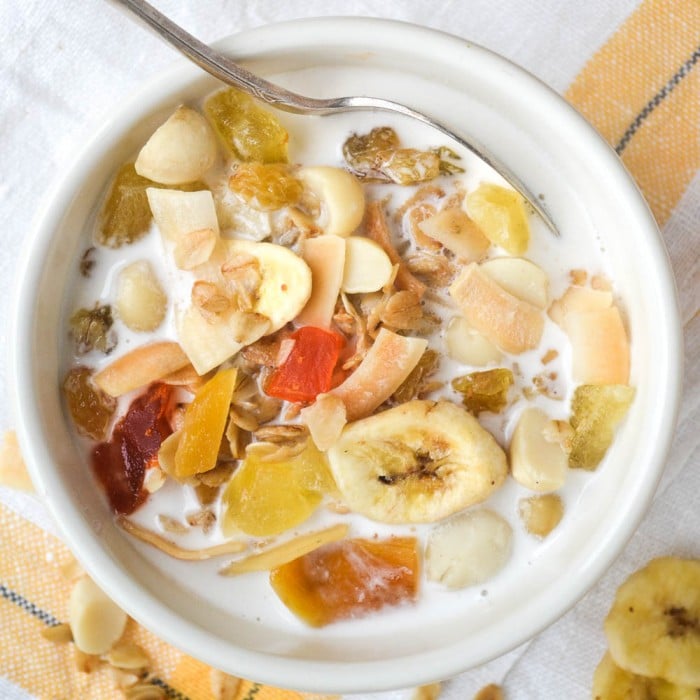 For the granola, most stores carry dried tropical fruit now, either in the dried fruit section, or sometimes in bulk bins. I used coconut flakes that had already been toasted, but if you use un-toasted coconut you can toast it along with the oats. 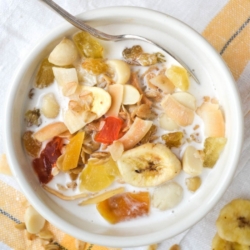 Plan to drink up the macadamia milk within the week.
Author: Sue Moran
Did You Make This?We love seeing what you've made! Tag us on social media at @theviewfromgreatisland for a chance to be featured. 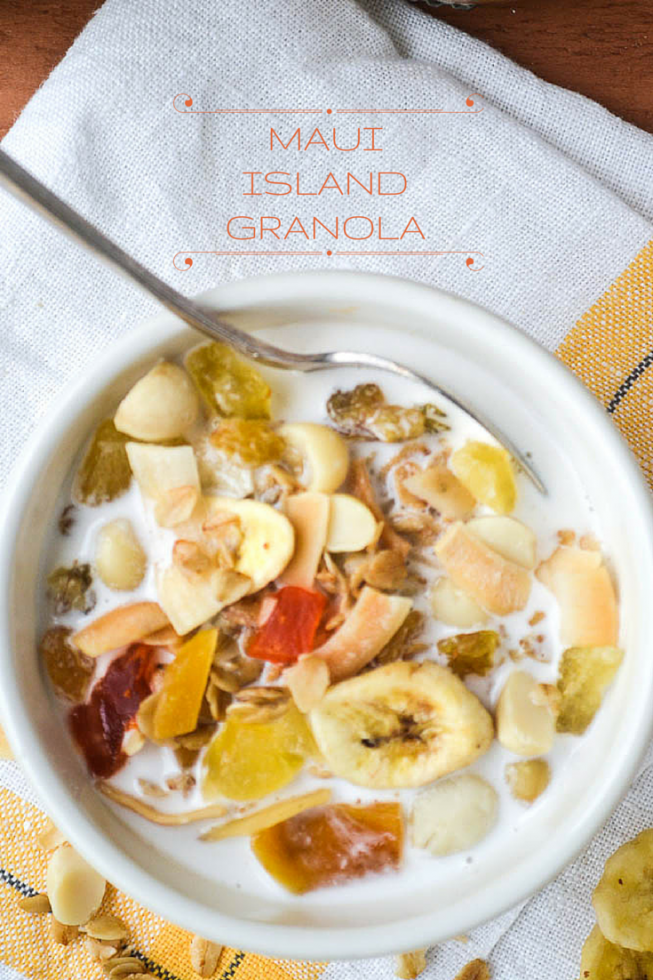 This would be a nice breakfast to keep around for visiting family and guests during the holidays. 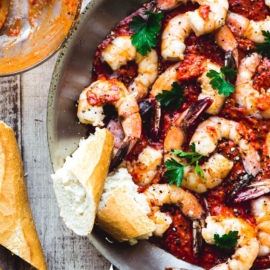 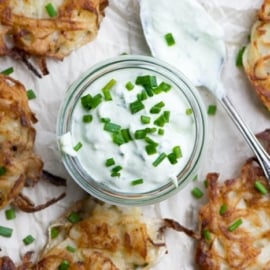 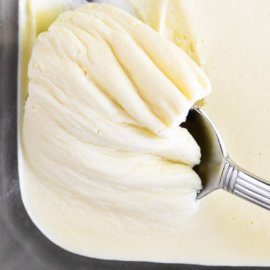 How to Make Clotted Cream ~ 3 Ways! 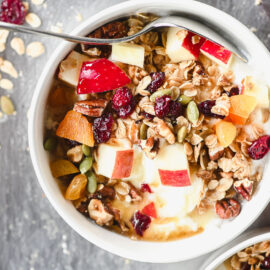