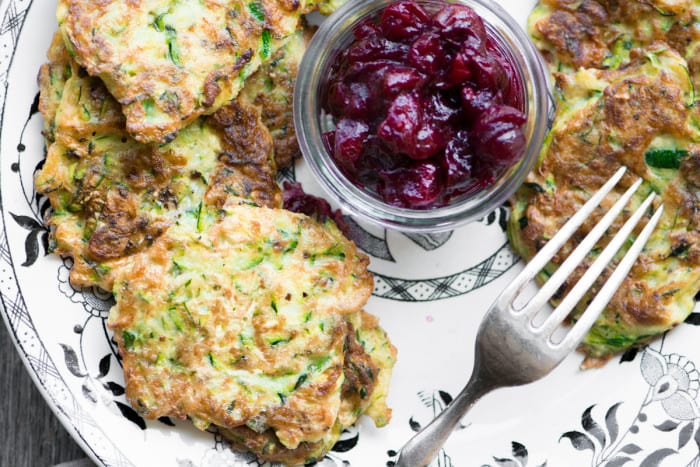 Zucchini Latkes with Maple Cranberry Sauce is a colorful twist on a beloved Passover and Hanukkah tradition! Serve these delicate zucchini fritters for breakfast, or as a side dish, with plenty of tart maple cranberry sauce nearby. 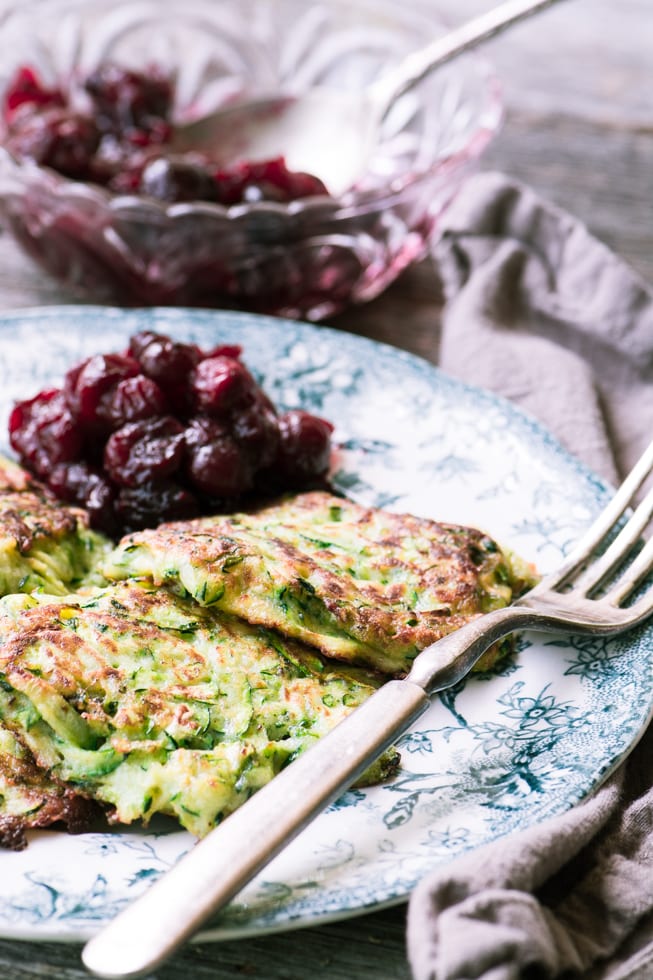 It’s latke season and I couldn’t be happier! These crisp veggie pancakes win me over every time, and while they’re usually made with potatoes and served with applesauce, I like to mix it up a bit with different flavor profiles. My BEET LATKES WITH HORSERADISH CRÈME FRAîCHE recipe is an example of how you can tweak tradition and come up with something fabulous and new. Same with today’s variation. 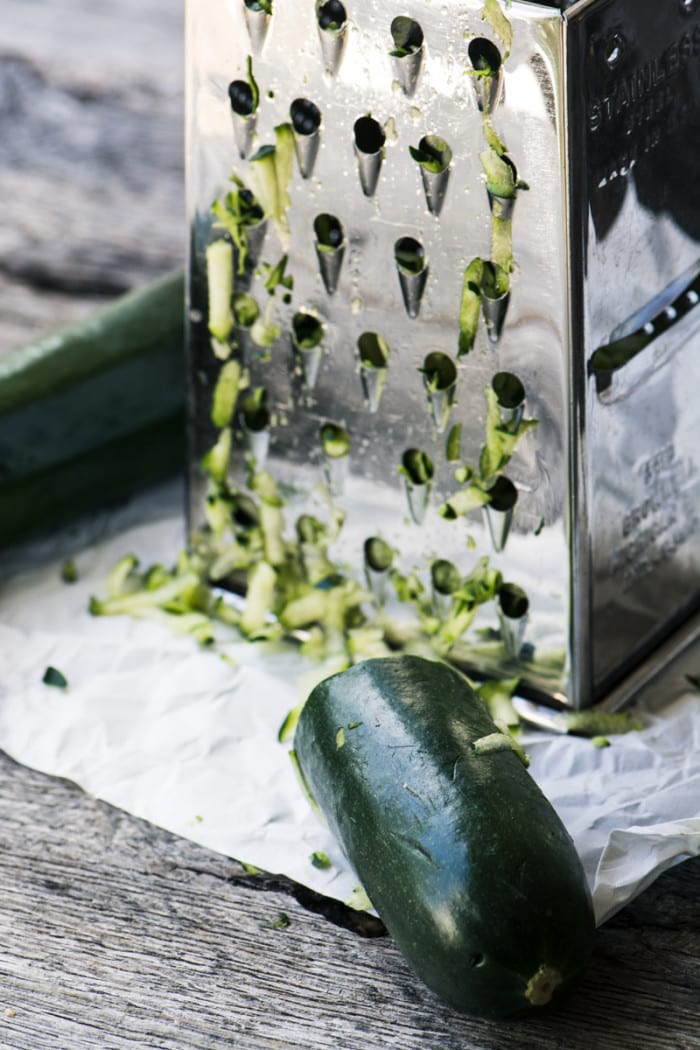 These zucchini latkes are crispy on the outside, and soft and creamy on the inside, thanks to the melting texture of the shredded squash.

Zucchini is quick and easy to grate on a box grater, so there’s no need to haul out the food processor for this recipe. The key is to remove as much moisture from it as possible after you’ve grated it. I roll it in a clean kitchen towel, and squeeze it well, just like I did with my SWEET ONION LATKES. 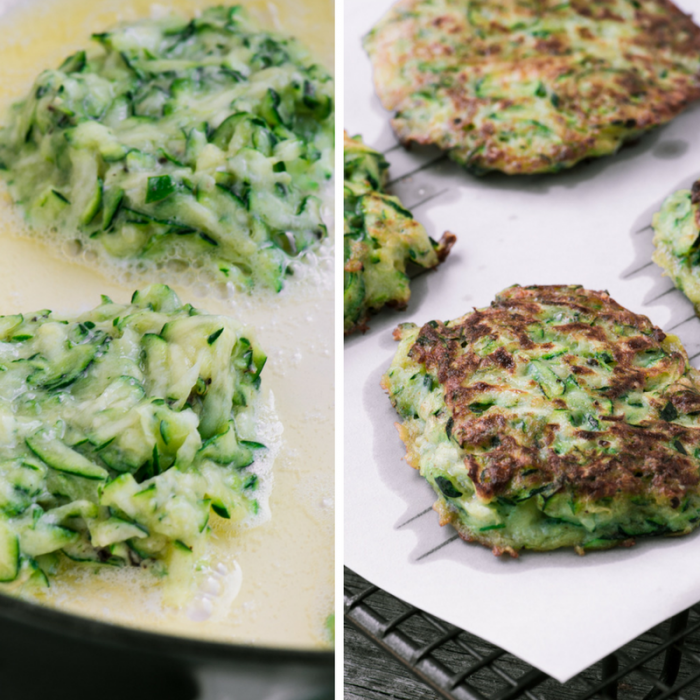 TIP: If you want more of a traditional latke, mix shredded potatoes with the shredded zucchini, in equal proportions. 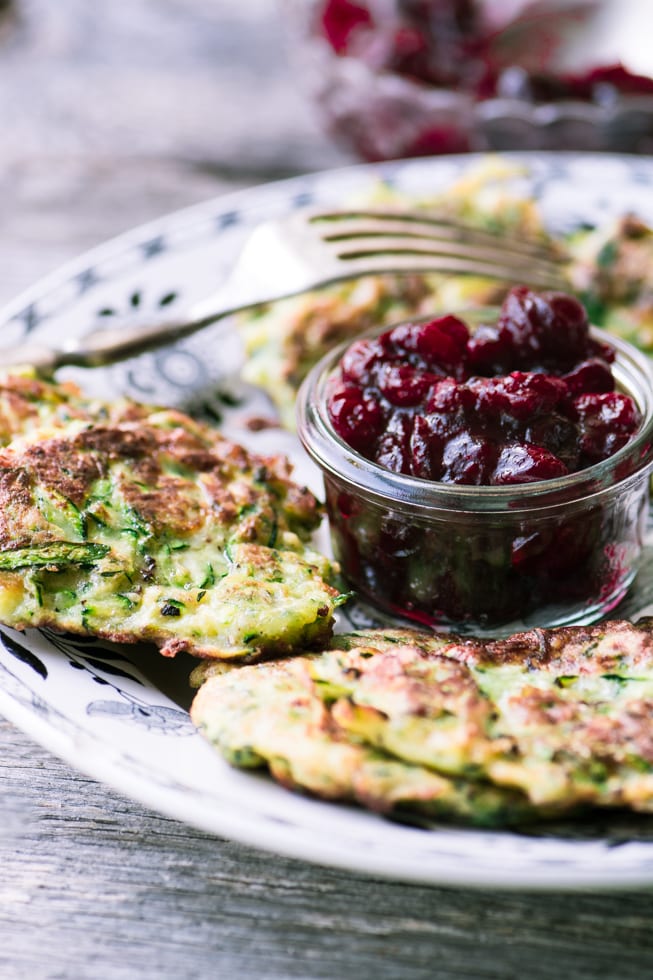 The maple cranberry sauce is quick to make, I just combine fresh cranberries, some maple syrup, and a little bit of water in a saucepan ~ it bubbles away for about 15 minutes and it’s done. The tart flavor is perfect with the latkes. 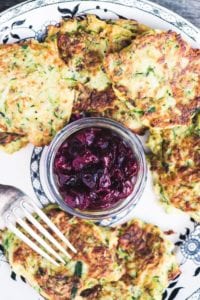 Save Recipe Saved! Print
4.6 from 5 votes 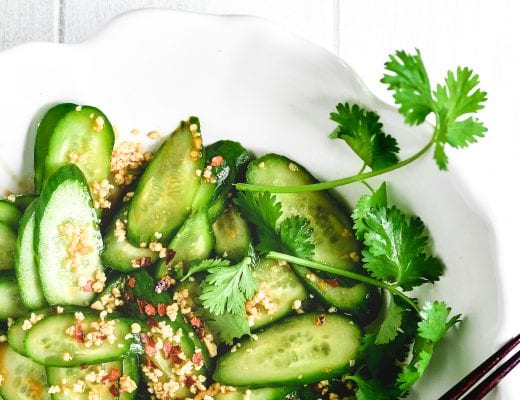 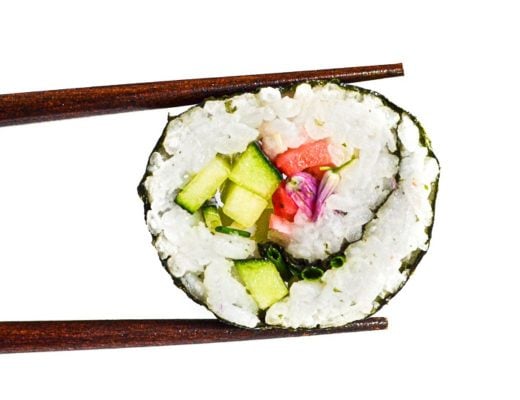 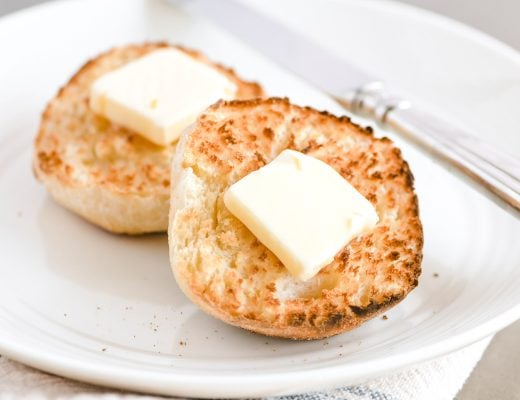 How to Make Easy English Muffins