Roasted Cider Glazed Brussels Sprouts ~ this easy side dish will convert any Brussels sprout hater in your family, guaranteed! 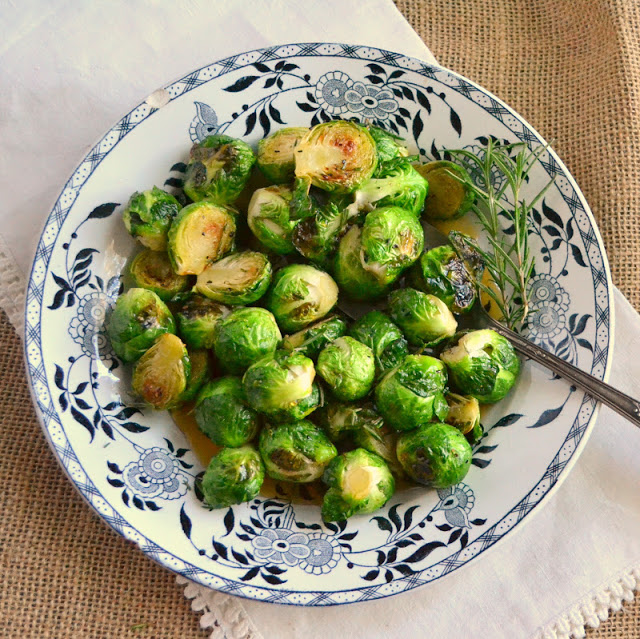 Because, really, the point is to get them in our mouths as quickly as possible. I dedicate this one to all of you out there who are still on the fence about these adorable little cabbages. The combination of roasting, which caramelizes the outer leaves and brings out natural sweetness, along with the cider glaze, makes these the BEST sprouts ever. I think you’re going to like them 🙂 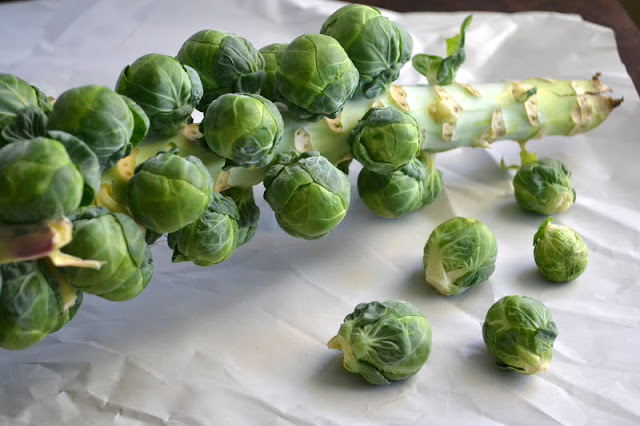 What you’ll need for this recipe:

apple cider ~ any type or brand.

The salt, pepper, and pine-y rosemary balances out the sweetness of the glaze. 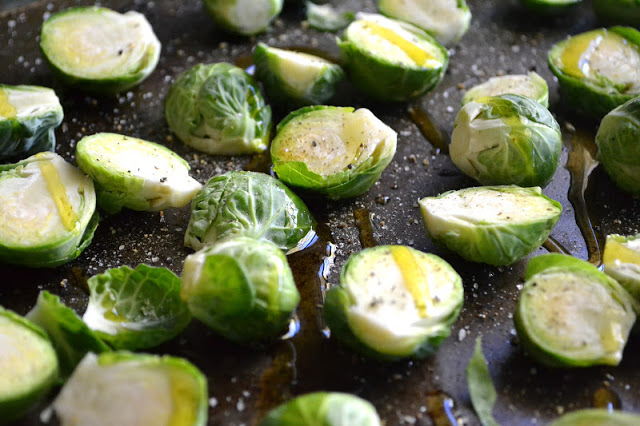 Cook down the apple cider

You’ll boil it in a saucepan, and the flavor becomes concentrated. The juice turns into a sweet syrup that’s sweet but not too sweet.

Roast the sprouts at a high heat

Roast for about 20 minutes until they start to caramelize and turn nice and brown.

Douse them with the thick cider glaze

And back in the oven they go just to fuse the two together. 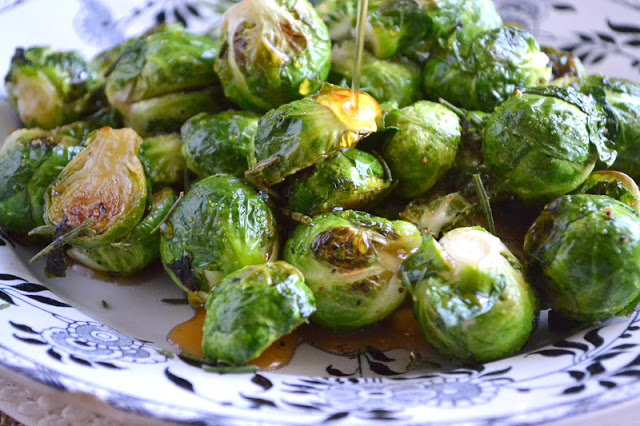 This is the perfect recipe to use if you’re just introducing Brussels sprouts to the family for the first time. And don’t forget it on the Thanksgiving table! 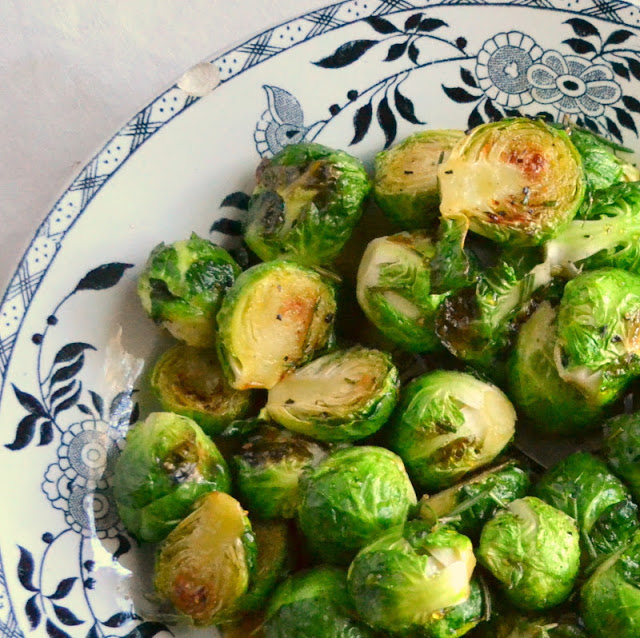 How about it, Brussels sprout nay-sayers ~ are you ready to be converted? 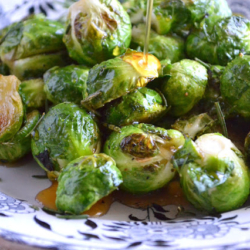 Course: Side Dish
Cuisine: American
Author: Sue Moran
Keyword: Brussels sprouts, cider, fall, side dish, Thanksgiving, vegetables
Nutritional information is provided as a courtesy and is an estimate only. This information comes from online calculators.  Although The View from Great Island attempts to provide accurate nutritional information, these figures are only estimates.
Did You Make This?We love seeing what you've made! Tag us on social media at @theviewfromgreatisland for a chance to be featured. 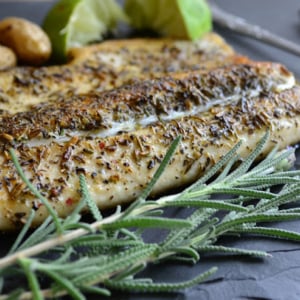 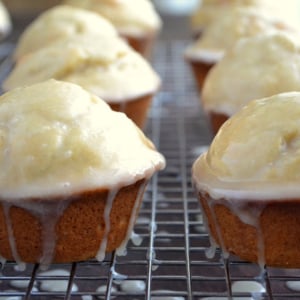 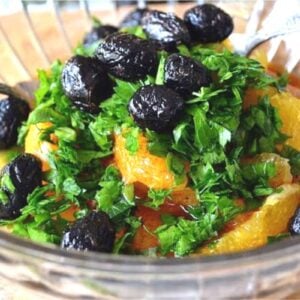 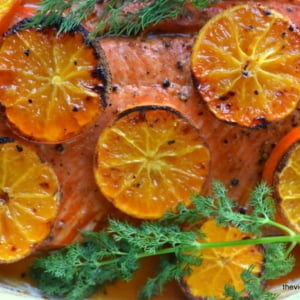