Cheesy Spinach Artichoke Bread is the perfect appetizer package….everybody’s favorite garlicky, cheesy dip all hot and bubbly and ready-stuffed into a crunchy baguette. Slice it up and watch it disappear. 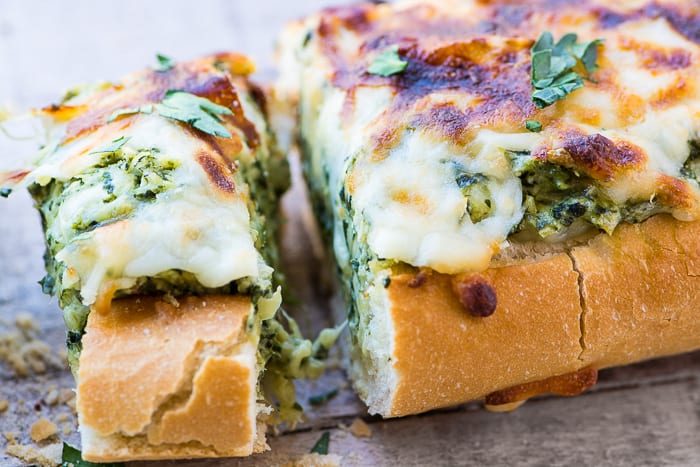 It’s unanimous in our family, spinach artichoke dip is the king of appetizers. Mention it late in the afternoon and you’ll hear all sorts of grunts, groans, and slurping noises…it isn’t pretty. Spinach artichoke dip calls up some decidedly primitive instincts. 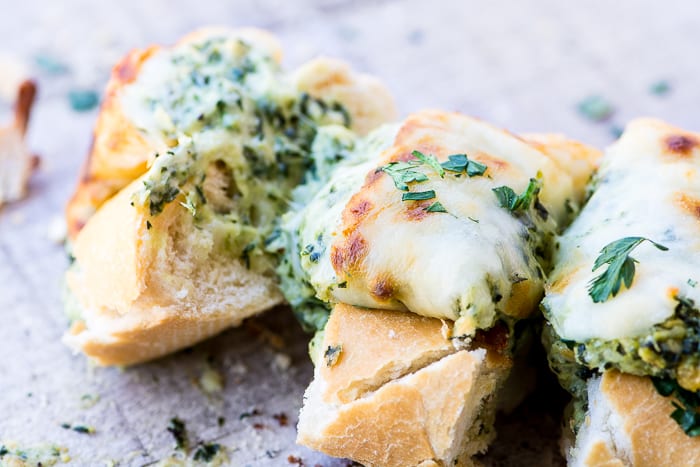 Usually I bake and serve this dip in a casserole dish with chips, or sometimes with bread, but this is the first time I’ve baked and served it IN bread. It’s genius, and utterly delicious. 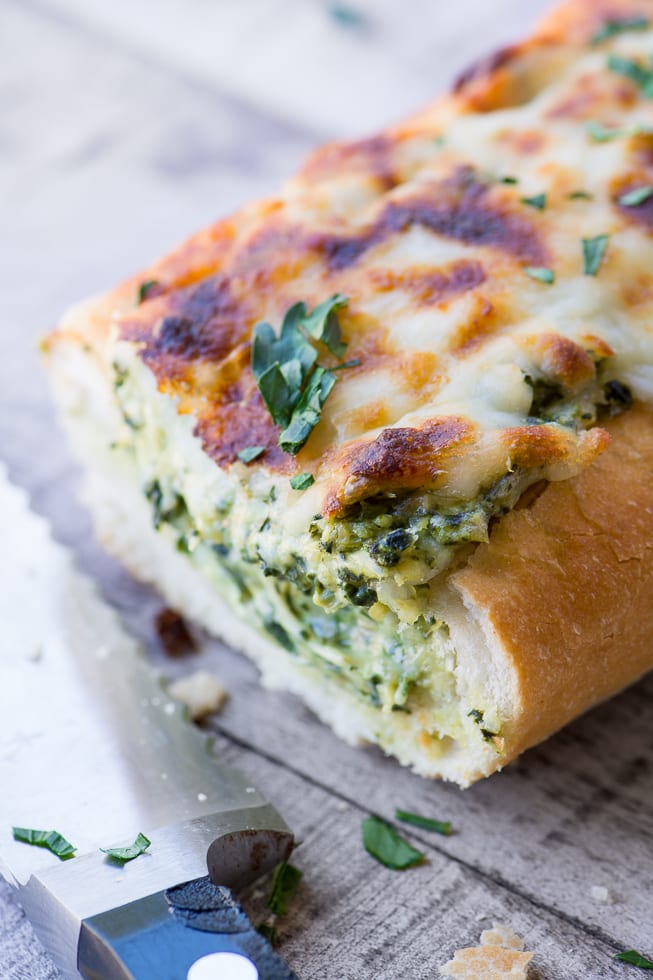 After I’ve make my dip I simply cut out a channel from the top of a loaf of French bread. I pull out some of the extra bread from the center of the loaf to make room for the dip. I’m careful not to scoop out all the bread because I need to leave enough so that the dip and bread will hold together when sliced. Then I pack the hollowed out loaf with the dip. 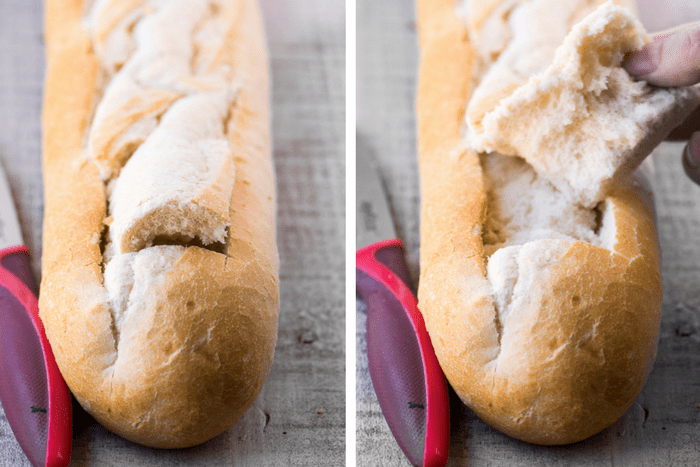 I bake the stuffed loaf for 15 minutes, then top it with lots of shredded mozzarella cheese — then bake for another 15 minutes until browned and bubbly. 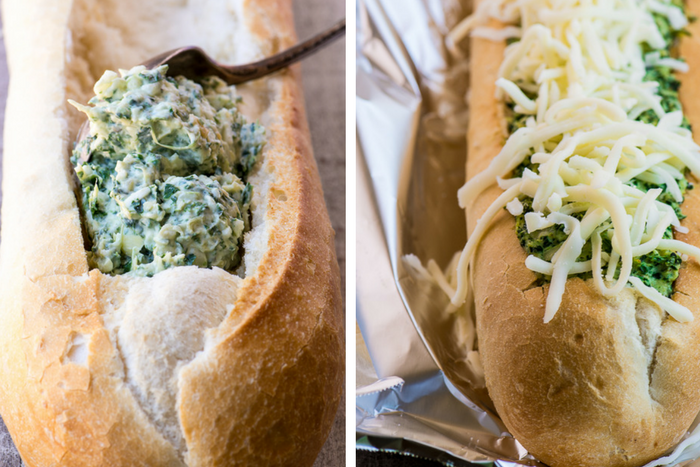 If you need to reheat this cheesy spinach artichoke bread, wrap loosely in foil and place in a 325F oven until hot. 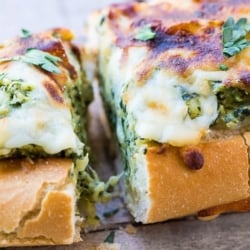 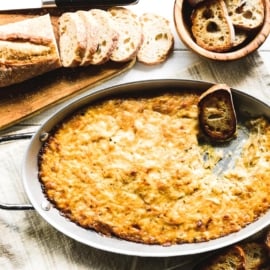 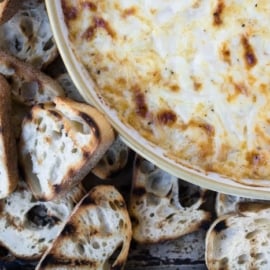 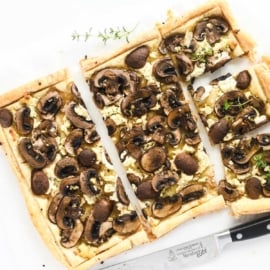 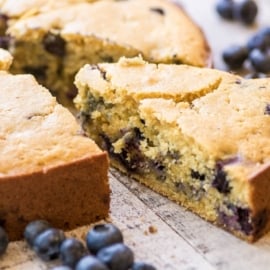