I’m kicking off the unofficial start of summer with a whole week of new popsicle recipes, tips, and useful links! Homemade popsicles are so incredibly versatile I need an entire week to explore all the reasons why you NEED these in your life this summer. I’m dedicating each day this week to a different kind of popsicle, and today it’s these old fashioned chunky peanut butter cup pudding popsicles! Invented in the 70s, pudding popsicles are made with actual pudding, and are still inspiring some of the most creative frozen treats out there. 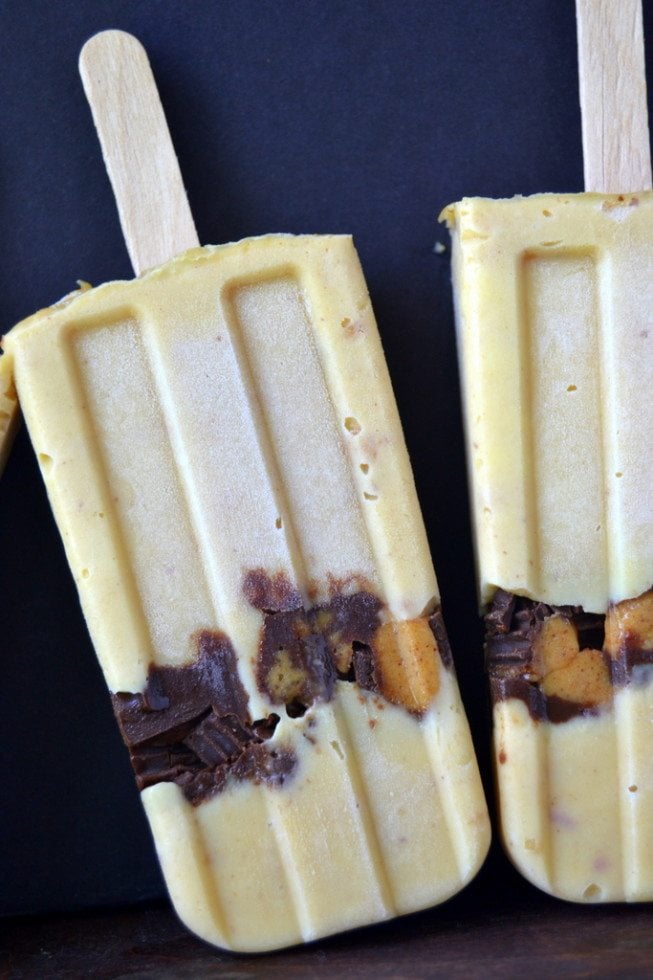 My debut pudding pop is inspired by this one by Matt at Real Food by Dad. I couldn’t stop gawking at it so I decided to make a version for myself. His uses both chocolate and vanilla pudding, and Butterfingers. Yum. I love the look of the rugged veins of candy running through the pudding. A total departure from all of my other pops so far, thanks Matt! 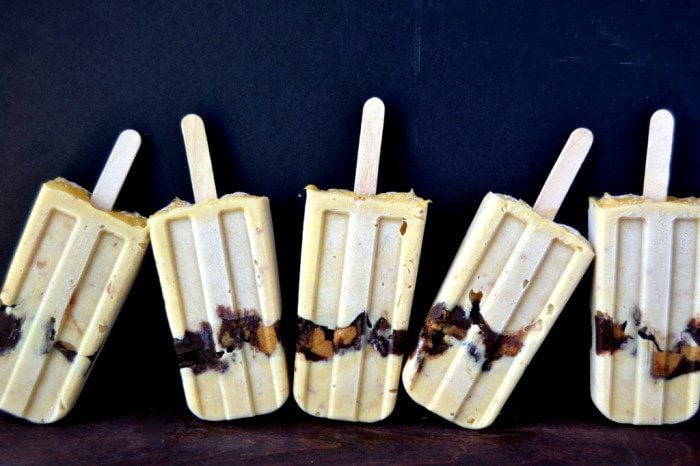 Pudding pops are distinctive because they are so utterly creamy, there’s not a hint of iciness about them. But in general I’d say that they fall into the kid-pop realm. For convenience they’re usually made with boxed pudding mixes, and while I can’t think of a kid who would turn up his or her nose at one, I think adults would prefer a homemade pudding. That’s easily done, just substitute any homemade pudding for the box. At the end of the post I’ve linked to a Martha Stewart vanilla pudding pop and you can use that recipe as a base. 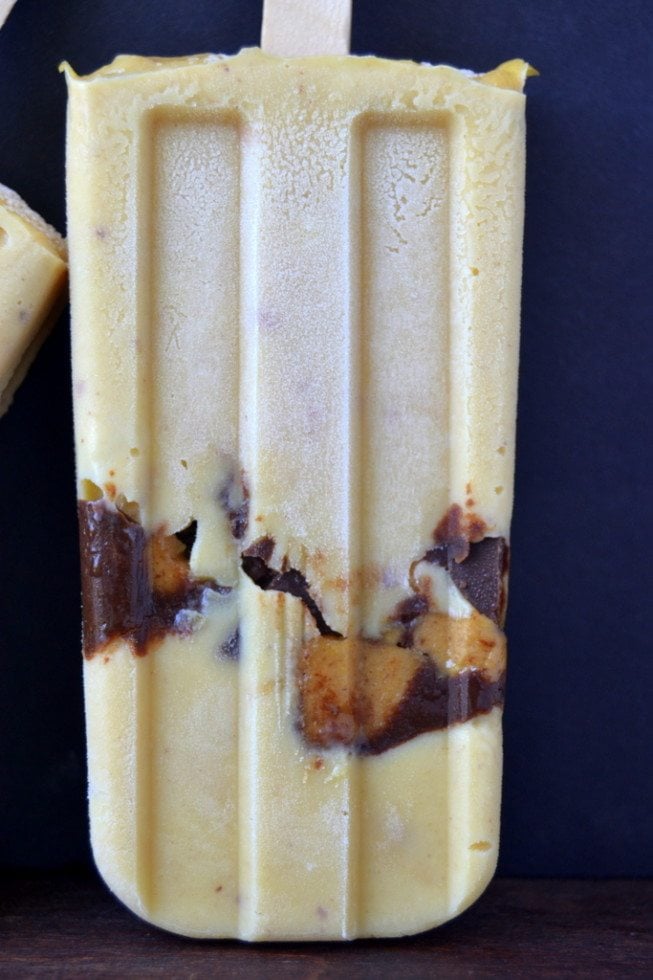 In these chunky peanut butter cup pudding popsicles, the peanut butter flavor comes through loud and clear thanks to the full cup of peanut butter I added to the pudding toward the end of cooking. Chopped Reese’s Cups adds a decadent chocolatey layer. If you love the classic combination of chocolate and peanut butter, my PEANUT BUTTER PIE BARS are another no-bake, delicious treat!

Any chocolate candy can be chopped and layered into the pudding for a customized recipe, I’m thinking Snickers, or peanut M&Ms might be good. And one of the nice perks of pudding pops is that they don’t get as drippy as other popsicles. The pudding keeps its shape, so it’s a little easier to serve to a crowd. If you want to dole them out one at a time, wrap them in a plastic baggie after removing them from the mold. 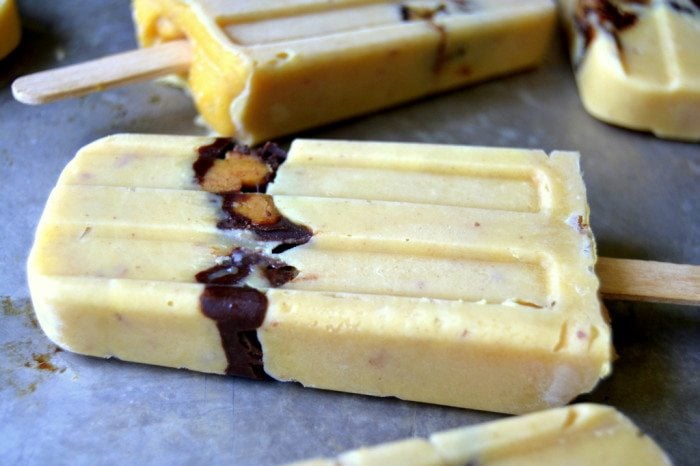 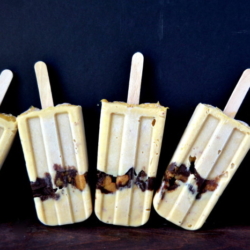 And here are a few of my favorite pudding popsicles from other blogs (if I missed your favorite, let me know in the comments!) —

Oreo Pudding Pops from No. 2 Pencil 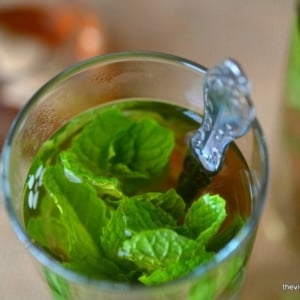 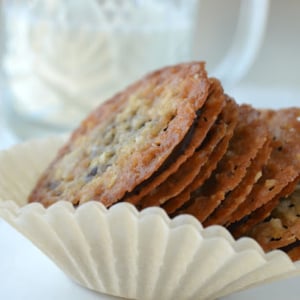 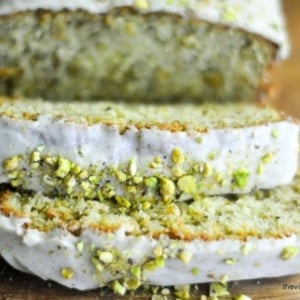 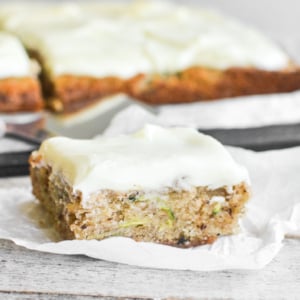