Homemade Cinnamon Raisin English Muffins are the real deal, made right on the stove top! This easy English muffin recipe will become a family favorite, guaranteed. 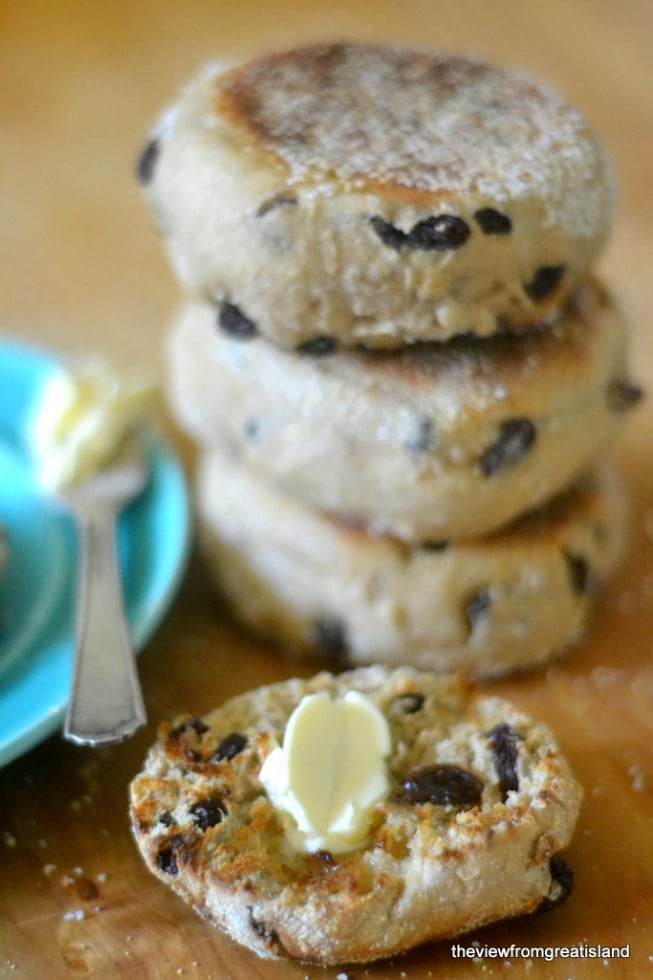 Making your own cinnamon raisin English muffins makes so much sense!

I glanced at the price the other day while I was picking up our weekly 2 packages of English muffins. Big mistake. When I did the math, we might as well be going out for fancy coffees every day. HUGE motivation to make these myself. With a few cups of flour, a tablespoon of cinnamon, and some raisins, I’ll be saving a lot, and getting bigger, better muffins. 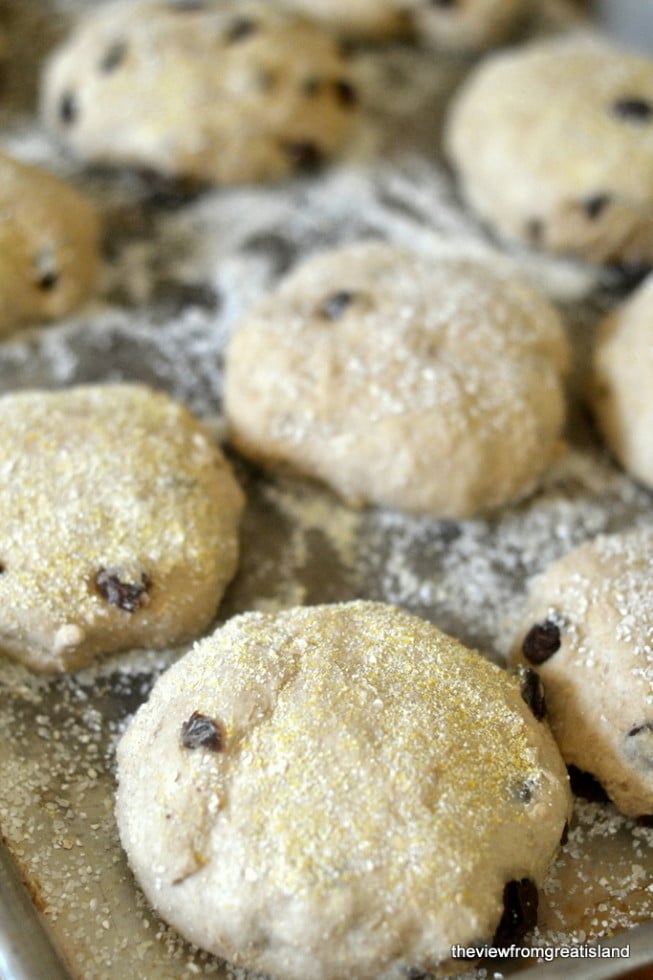 If you’ve made my original English Muffins you’ll know the drill.

It’s a fairly sticky dough that gets mixed up in a stand mixer, and then rises a bit, then gets shaped into rounds, rests briefly, and then cooks right on the stove top. The process is easy, like my Focaccia, and that’s probably why I like them both so much. Less challenge, more eating. 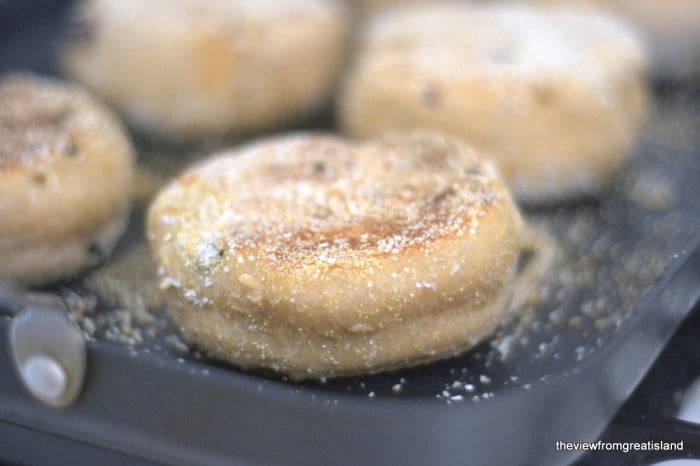 It’s such fun to watch these muffins cook right on the stove.

It’s fun to watch the transformation from nondescript blobs of dough into the familiar English muffin…it happens as you flip the muffins on the griddle and see the flat browned surface dusted with corn meal, and the characteristic soft spot around the middle for fork splitting. 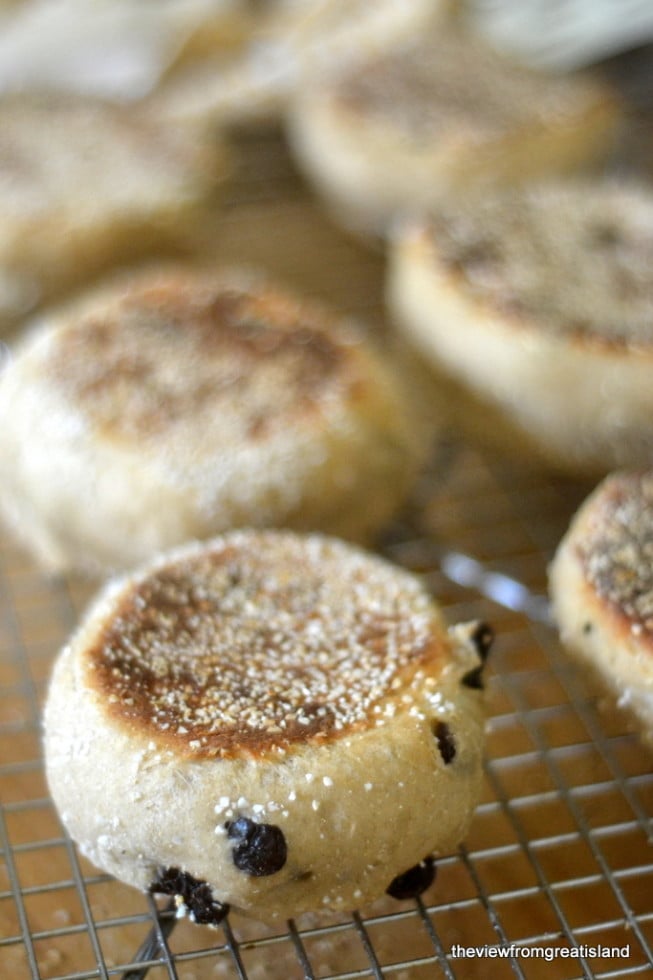 One of the best things about making them myself is that I can make them bigger and puffier than the store bought ones,  stuff in as many raisins as I want, and I can make them heartier and  healthier by adding some oat flour. 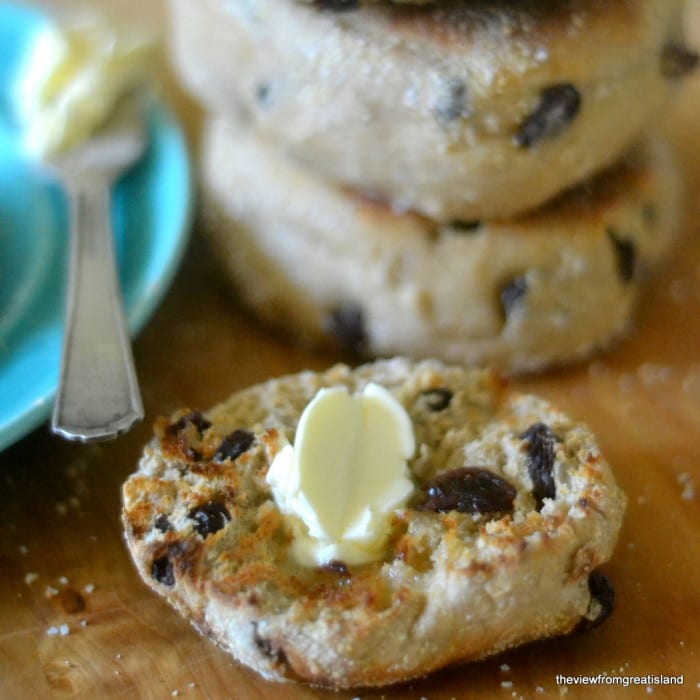 “Awesome English muffins. My first attempt I did not have the oat flour (still great). The oat flour really makes a difference and I switched from raisins to cranberries. Everyone that has tried them say they are the best ever. Thanks for posting your recipe.”  ~  Timothy 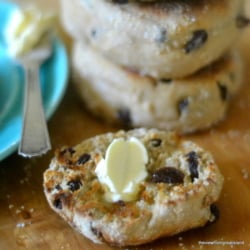 4.24 from 13 votes
There's nothing quite like your own Homemade Cinnamon Raisin English Muffins ~ this easy English muffin recipe is the real deal, it's easy to make, and you don't even have to turn on the oven!
Print Recipe Pin Recipe Rate Recipe
Prep Time:2 hours 30 minutes
Cook Time:30 minutes
Servings: 10 -12 muffins

Course: bread, Breakfast
Cuisine: American
Author: Sue Moran
Keyword: baking, bread, breakfast, muffins
Nutritional information is provided as a courtesy and is an estimate only. This information comes from online calculators.  Although The View from Great Island attempts to provide accurate nutritional information, these figures are only estimates.
Did You Make This?We love seeing what you've made! Tag us on social media at @theviewfromgreatisland for a chance to be featured. 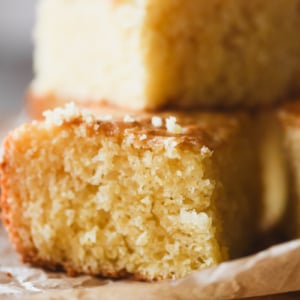 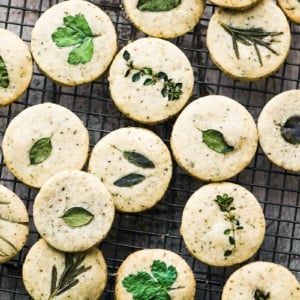 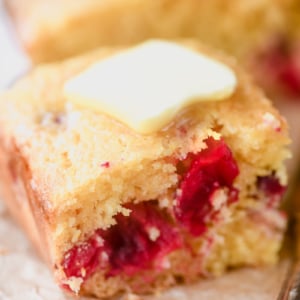