Root Veggie Kettle Chips ~ You know those expensive bags of specialty chips, the ones that are about 90% air when you open them up? Well, here’s your chance to even the score, these homemade veggie chips are fabulous, and you can make as many as you like! 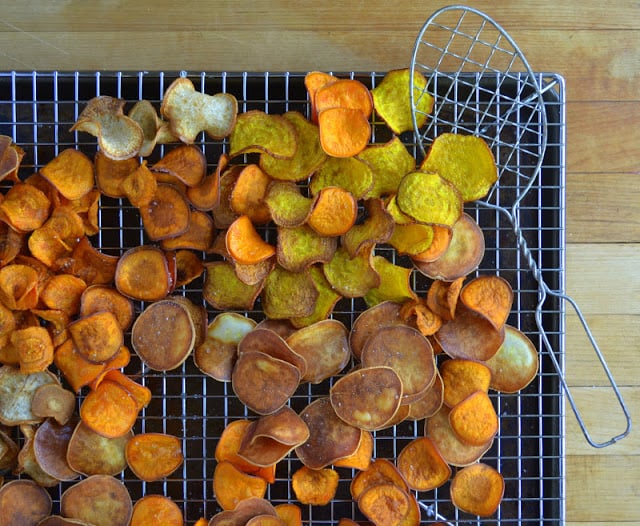 So little effort, so much fun. So fabulous I can’t even tell you. While I was writing this post I had to keep getting up to grab another handful of these, the photos were driving me crazy. 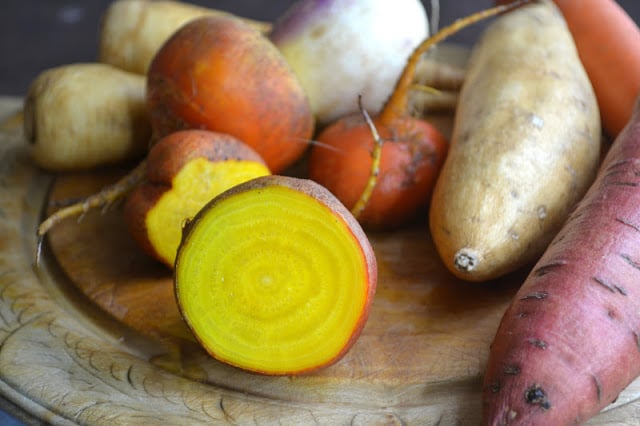 I scrubbed (no need to peel) and thinly sliced some golden beet, turnip, carrot, parsnip and two shades of sweet potato on the 1/8 setting of my mandoline slicer. I really could have used some red beets and purple potatoes for a full spectrum of color, but in the spirit of Minimal Monday I went with what I had. 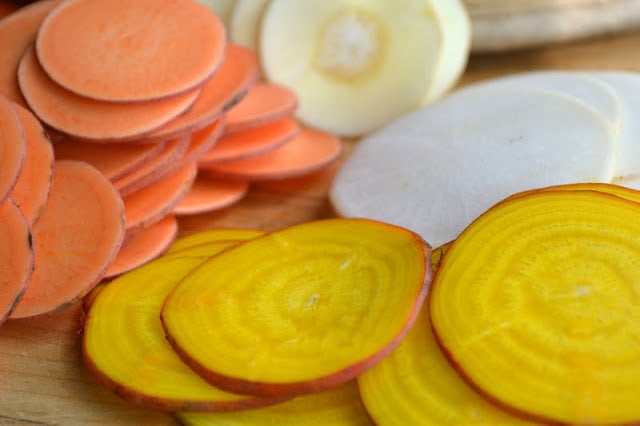 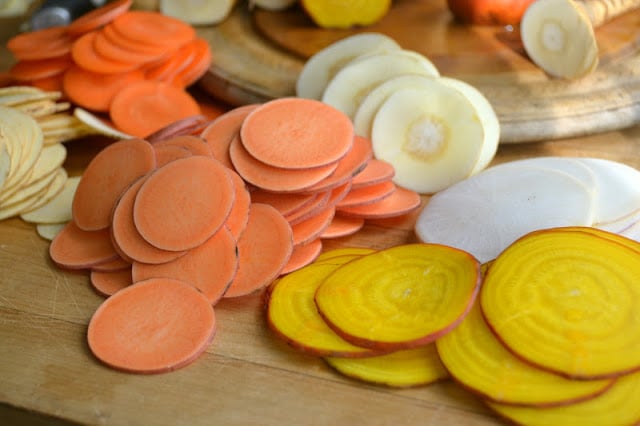 I love my mandoline! I get a huge pile of slices in just a few seconds, and I was ready before my oil heated up. 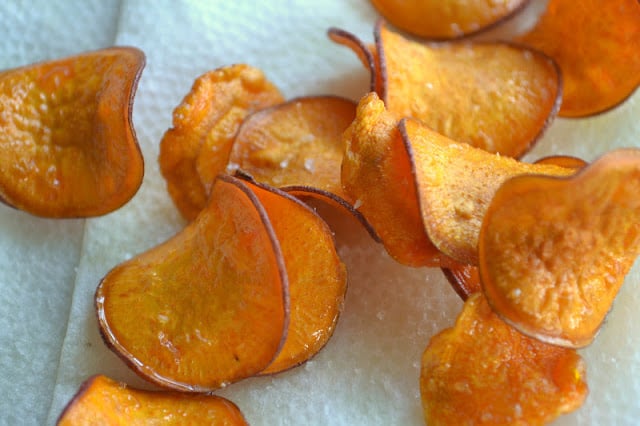 I quickly fried them in a couple of inches of 325 degree vegetable oil, drained them and showered them with sea salt. 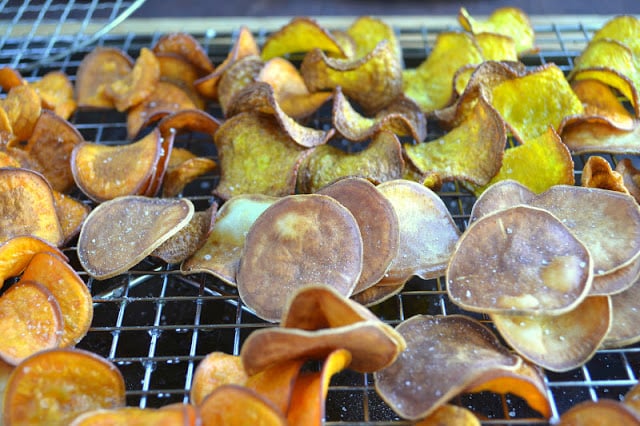 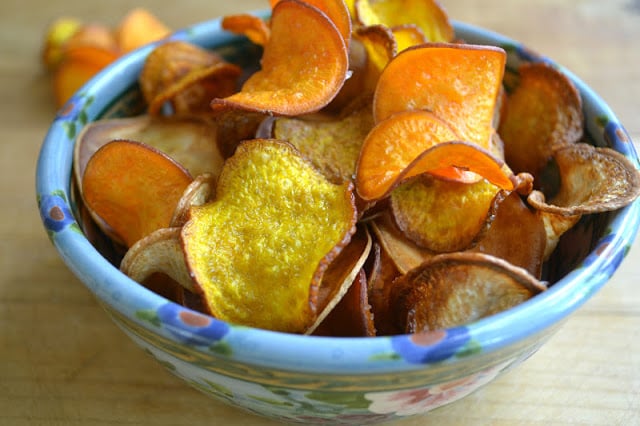 Tools you will need:  The temperature of the oil is critical to crispy success, so you will need an inexpensive thermometer to clip on the side of your pot. You can find them at the grocery store, usually in the baking aisle. You will also need a mandoline slicer, which range in cost from inexpensive to moderate in price. You will not be able to slice the veggies thin enough with a regular knife, sorry! 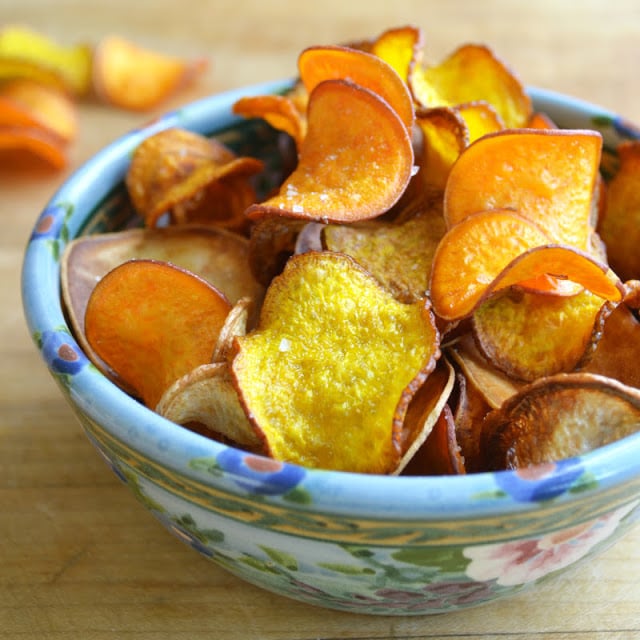 I highly recommend these! 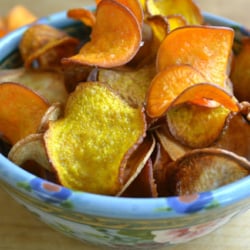 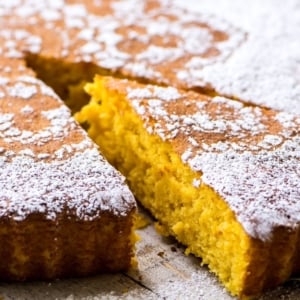 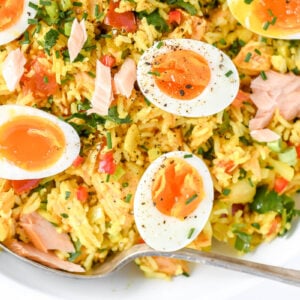 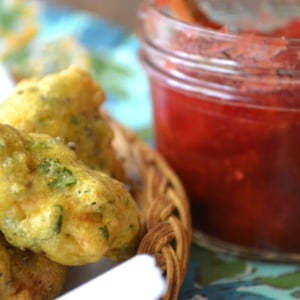 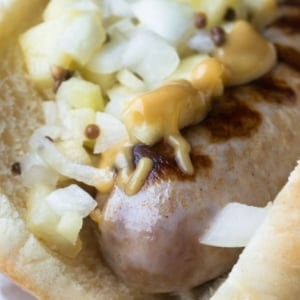