Pear Gingerbread Crumb Cake ~ a lightly spiced shortbread based coffee cake that celebrates the flavors of the season. 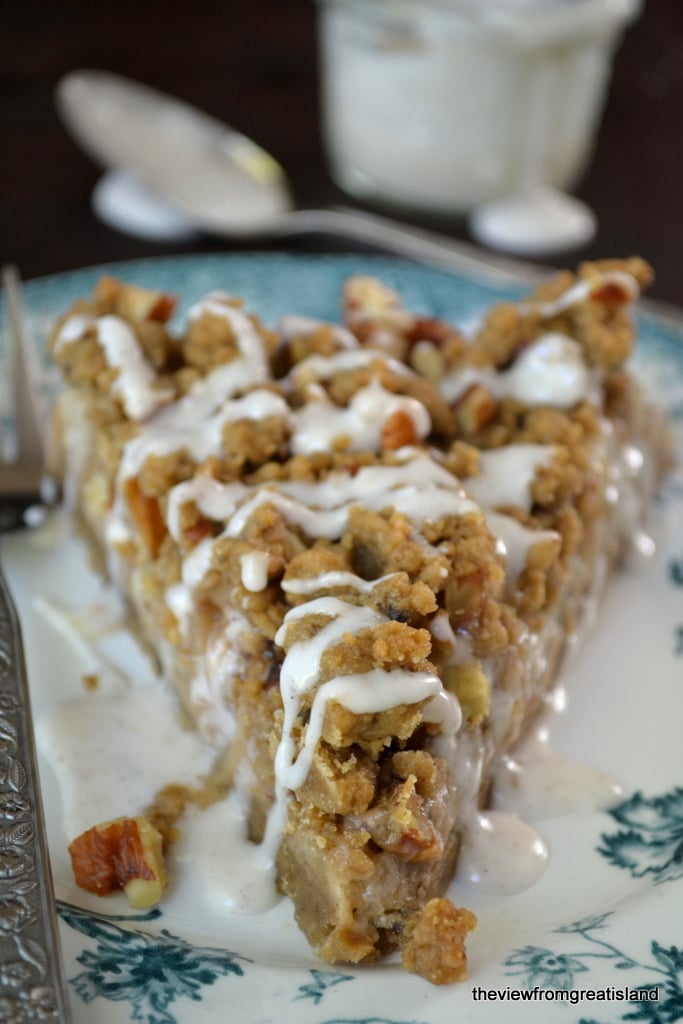 I know it’s still pretty hot out there, but there’s a certain slant to the light these mornings, and I’m celebrating that hint of change with the combination of pear and gingerbread. I love them together. The sweet juicy pear tempers the warm spicy gingerbread flavors and the whole thing just screams coziness. This one can be breakfast or dessert, and  it satisfies my craving for something fall-ish in that crazy in-between season where we want fresh tomatoes one minute and pumpkin pancakes the next, although for me it’s mostly about the pumpkin pancakes. 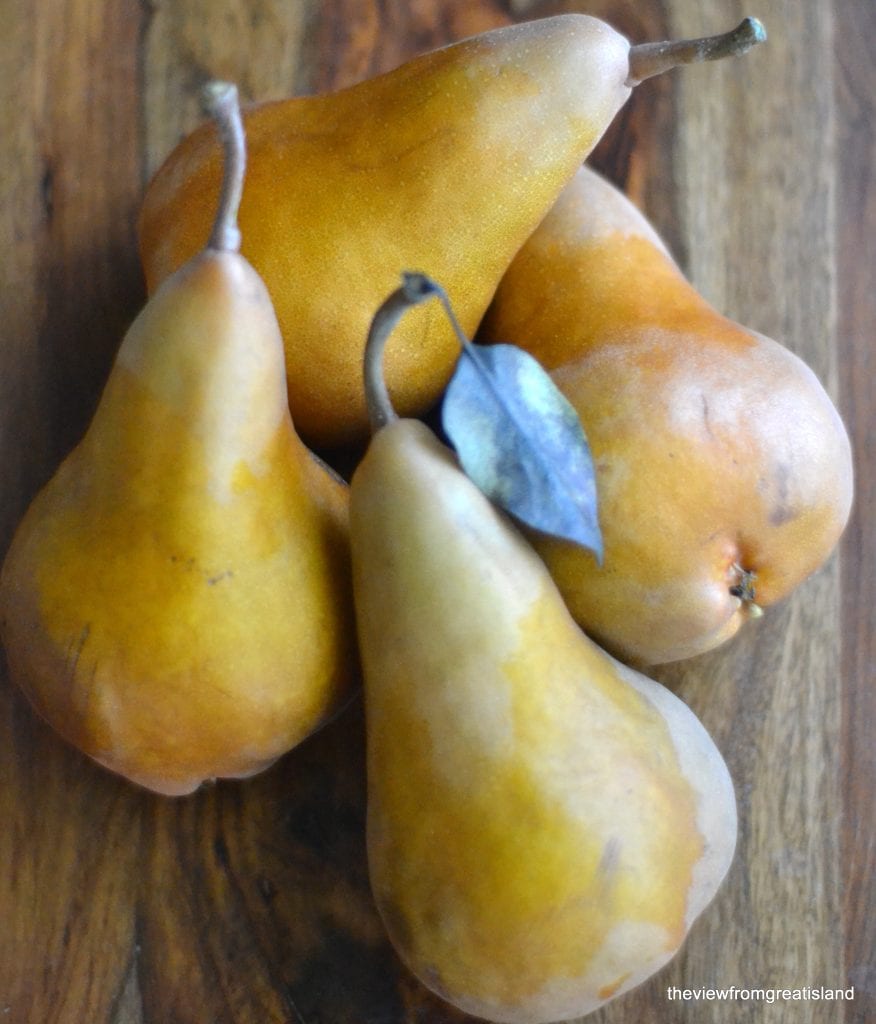 Pears can be stunningly beautiful, even straight from the supermarket bin, and if you choose carefully you can have a work of art on your counter for a few days before making this cake. I know there are probably big differences between the varieties but I’m not fussy, I use whatever looks good. Today it’s  these bosc pears. Just try not to let them get too mushy ripe before you use them, they’ll bake up better if they are still a little firm. 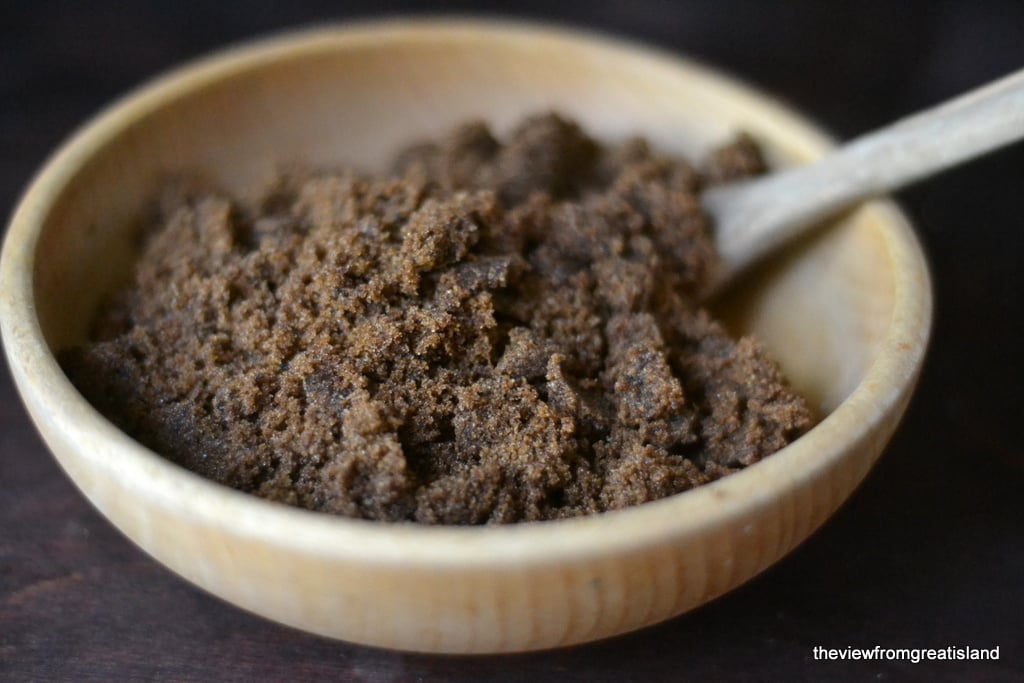 This recipe was really just an excuse to use my new Muscavado sugar. It’s a rich,  moist, minimally processed brown sugar and it smells almost fruity, like raisins. It’s perfect for gingerbread, and also goes well with chocolate and coffee flavors. You can substitute dark brown sugar for a similar effect. I found mine at whole foods, but you can also buy it online. 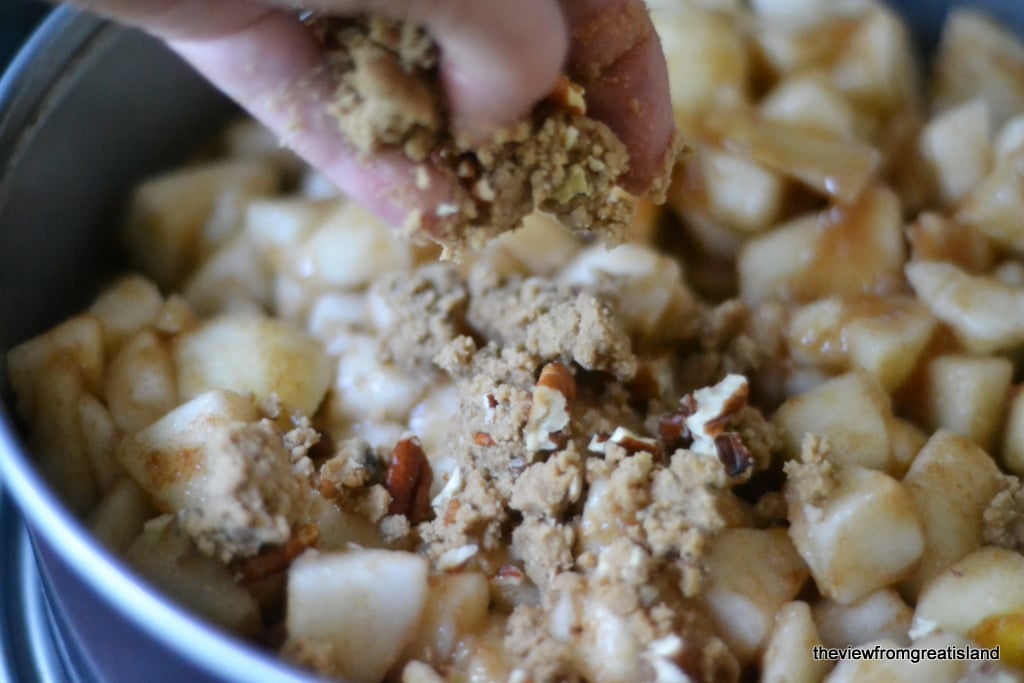 Pecans in the topping add some crunch and the nutmeg glaze is there, well, just because the cake looked kinda naked without it. You could sub out cinnamon or cardamon, or really any of the spices for the nutmeg. 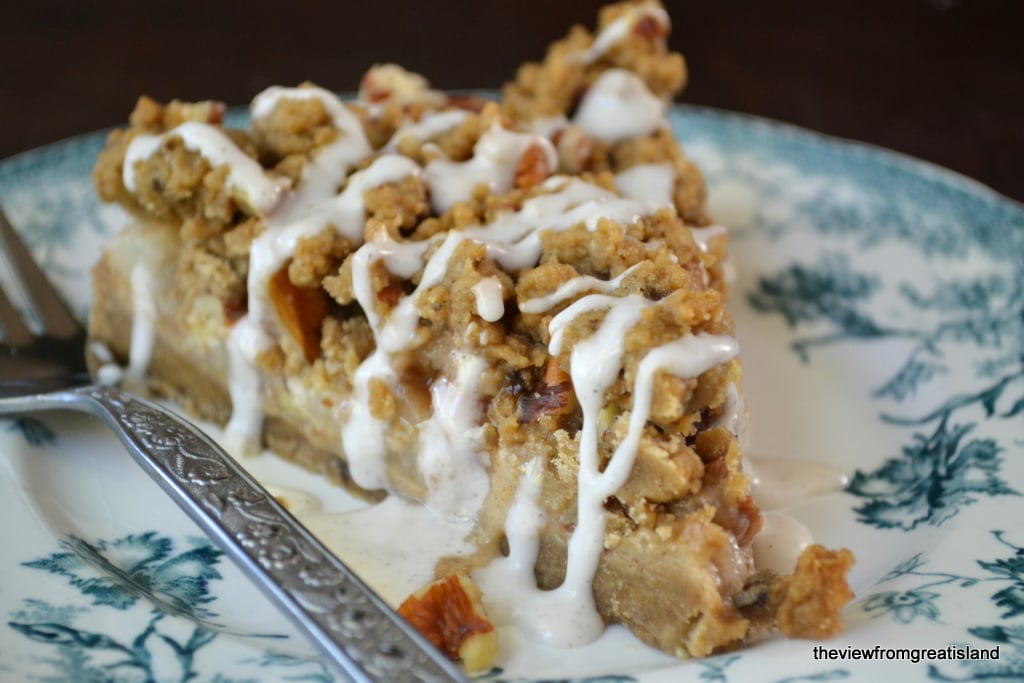 How do you satisfy your early fall cravings? 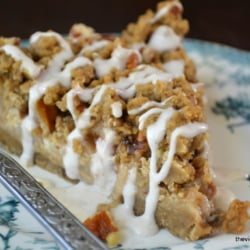 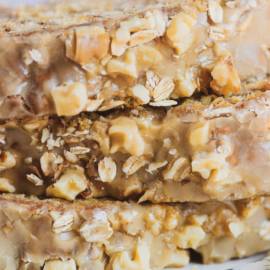 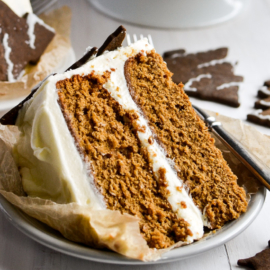 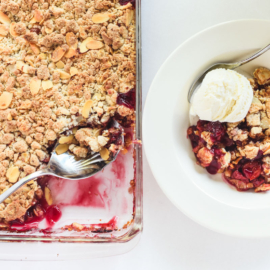