Instant Pot Irish Stew is the real deal, a classic rich stew made with lamb, potatoes, root veggies, cabbage, and, of course, a good dose of Guinness. Only instead of simmering long hours on the stove, this stew cooks in just 30 minutes!

What’s the difference between Irish stew and beef stew?

Irish stew is the national dish of Ireland and they take it very seriously, but it’s really a simple peasant dish. It’s made with lamb and root vegetables, two staples of the countryside for generations. The givens are potatoes, onions, and parsley, but my version is slightly more plant based, with lots of extra veggies. Irish stew was traditionally cooked over an open fire, but I’m here to tell you that the Instant Pot has got this!

I love to use leeks in my stew, along with peppery turnips and sweet parsnips in addition to the traditional carrots and potatoes. (Lots of potatoes!)  Worcestershire sauce enriches the beef and Guinness broth that forms the backbone of this stew.

Traditionally the secret to a great stew is a long, slow simmering on the stove top or in a low oven. Over time the meat becomes fork tender and the flavors develop. The high pressure in the Instant Pot accomplishes this same effect so much quicker, it’s a no brainer.

The beauty of the Instant Pot is that you can brown the meat right in the pot, which makes it super convenient and cuts way down on mess and clean up.

Do as the Irish do and smash some of the potatoes as you eat to sop up the rich broth! And since this is a complete meal in itself, you don’t need much to go along with it….

Irish recipes to go along with your Irish stew ~ 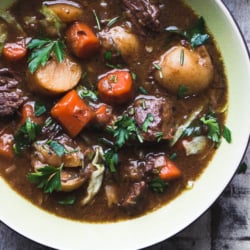 The Instant Pot will cook the meat fork tender, and the veggies will be soft.  I like to cut them in relatively large pieces so they don’t fall apart.  If you like your veggies more on the firm side, you can do the cooking in 2 stages.  Cook the meat for 15 minutes, then let the pressure release and add the veggies for another 15 minutes of cooking. You may want to use a dash or two of gravy browning sauce like Kitchen Bouquet if your broth is not as deep as you’d like.

No Instant Pot?  No problem! 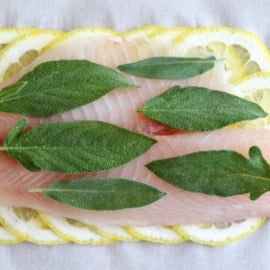 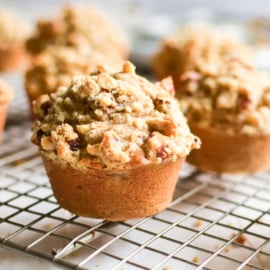 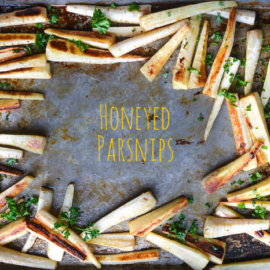