fattoush salad ~ what is it?

Fattoush is different from other similar salads in that the ingredients are chopped into larger bite sized pieces, so it has a nice chunky texture. Another identifying feature is the crisp toasted pita bread tossed throughout. If done right, the pita is light and crisp and adds a wonderful crunch to the dish. The pita and the feta cheese make fattoush a good candidate for a light meatless meal.

Fill your market basket with the reddest tomatoes, the tiniest cukes, the firmest purple onion, a bright bell pepper, and lots of fresh parsley and mint. Grab a pretty bunch of radishes, some feta cheese, and glossy black olives — and don’t forget the pita bread, lemon, and sumac!

sumac is a key ingredient in fattoush

All the ingredients in fattoush are commonplace, except for the sumac. It’s a deep red, tart spice made from crushed sumac berries that I’ve used many times before here in the Great Island kitchen. It looks a little like chili powder, but has a tangy, citrus flavor and it’s popular in Middle Eastern recipes. You can find it in specialty groceries, or of course, always on Amazon. If you like cooking along with me, you will definitely want to stock it in your spice cabinet, I’ve fallen in love how it can wake up a dish. I use it here to flavor a simple dressing of olive oil and fresh lemon juice — simple and unusual.

This salad is a particular favorite of mine, the little crispy bits of pita bread are satisfying but light enough that they don’t weigh the salad down. It’s a wonderful choice for entertaining because it’s out of the ordinary, but doesn’t have any controversial ingredients to bother picky guests. It’s absolutely beautiful, too. 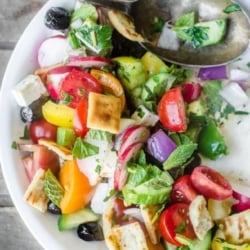 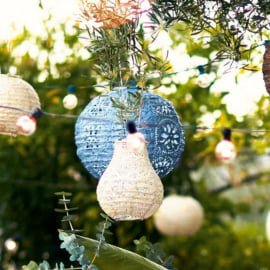 Zero Waste Outdoor Entertaining ~ you can do it! 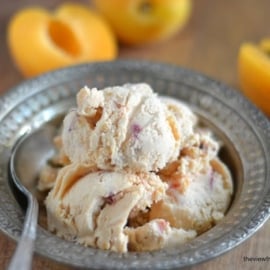 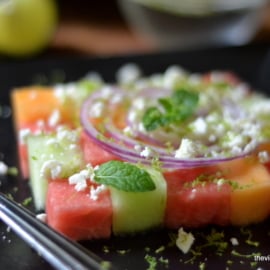 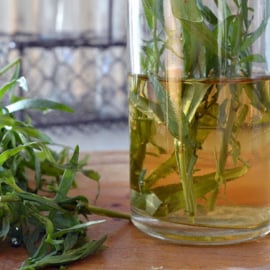