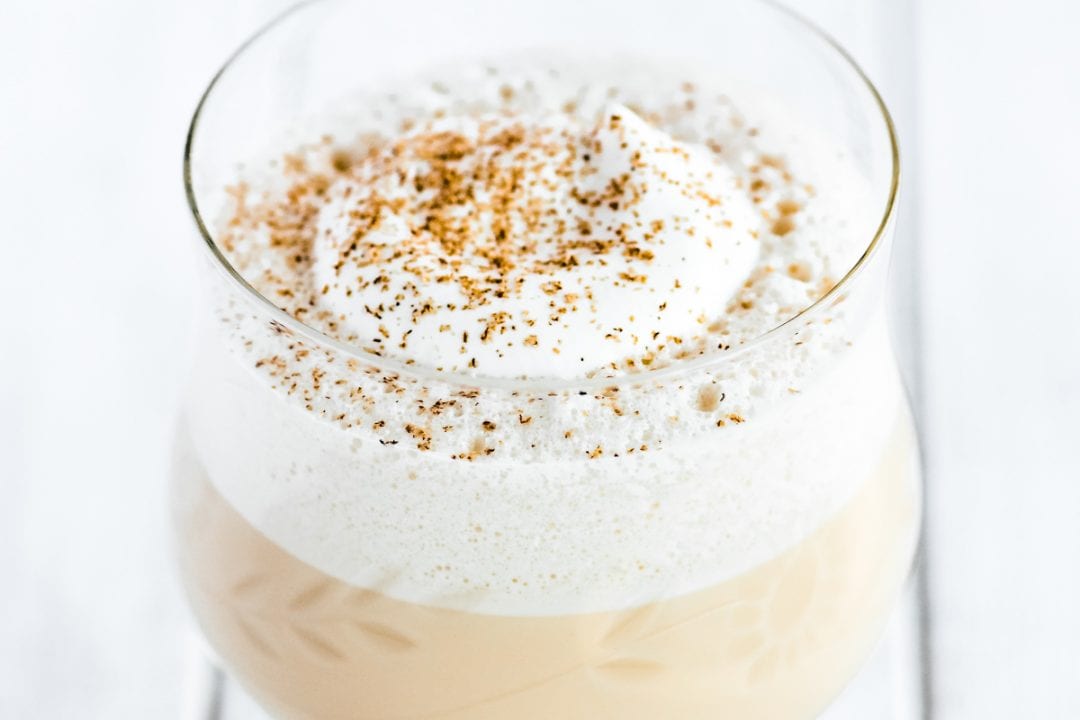 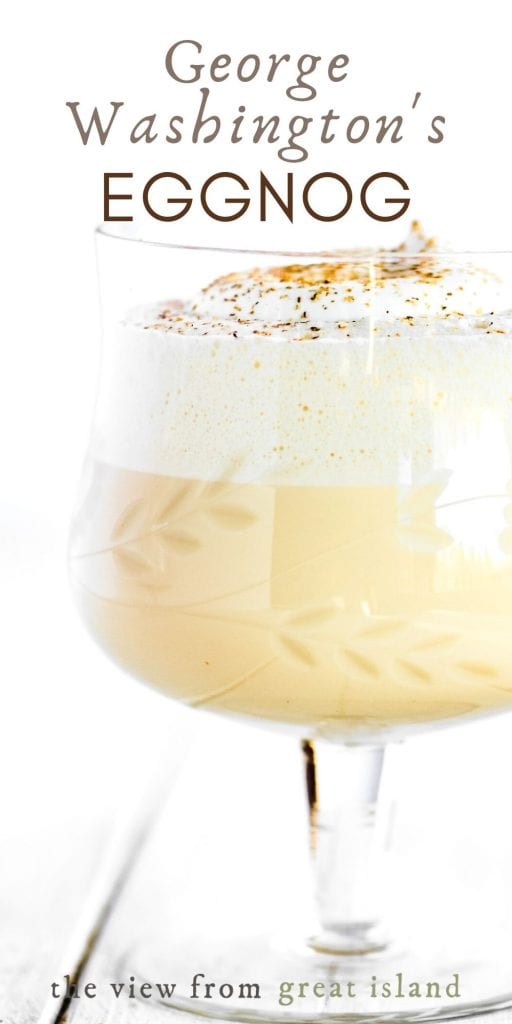 George Washington’s Eggnog Recipe is purported to be from our first president himself, and speaks to the longevity of this merry holiday cocktail. I researched and tested the historic recipe, and here’s what I discovered… 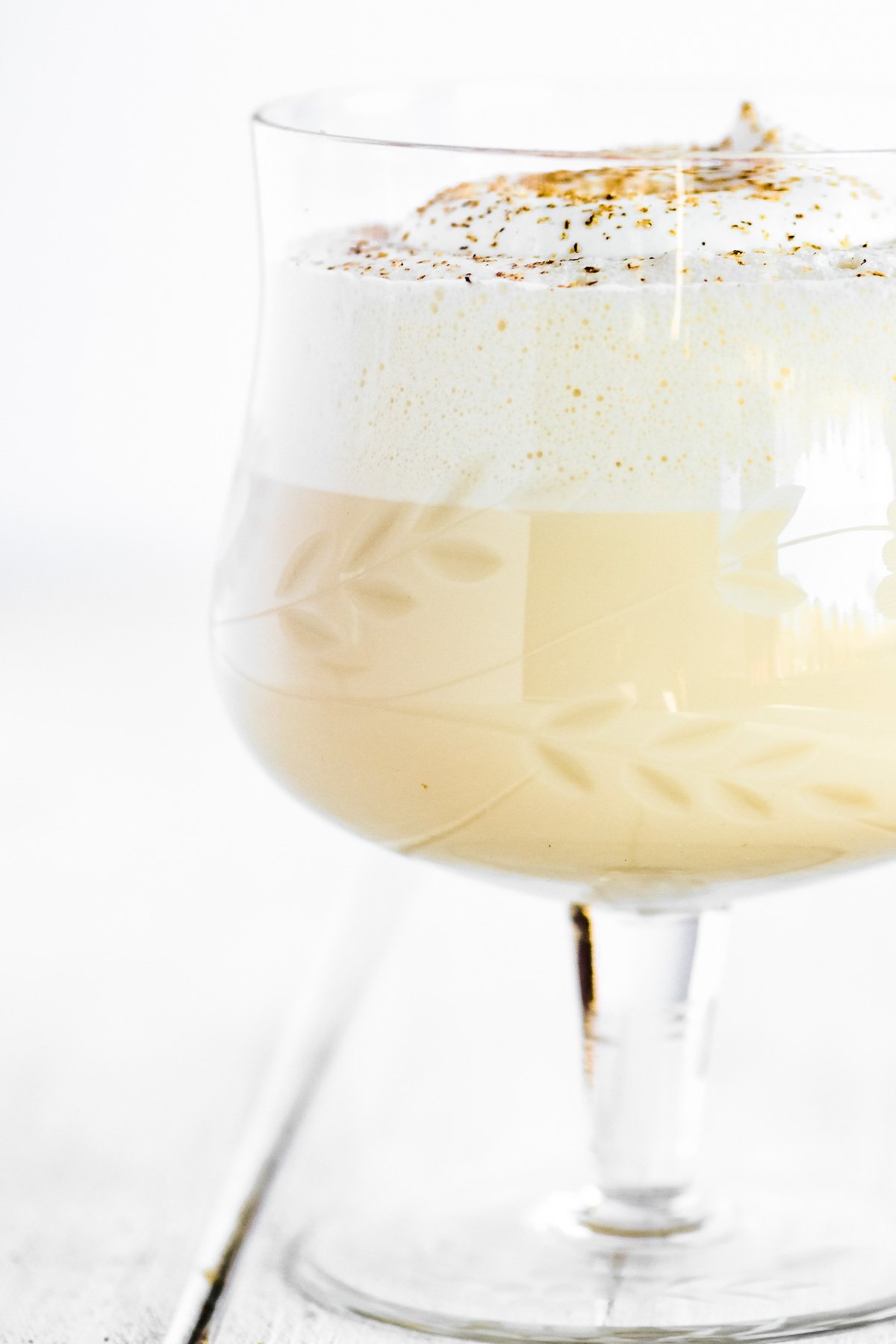 Nobody knows for sure, and I couldn’t track down any definitive documentation, but the recipe is authentic to the era and was supposedly written down by George himself. Authorities as illustrious as The Farmer’s Almanac, CNN, Wikipedia, Time Magazine and National Geographic have reported it, but in an email to USA TODAY, Melissa Wood, director of communications at Mount Vernon, said no eggnog recipe has been definitively linked to Washington. So I guess it’s a delicious but unsubstantiated story.

Anyway, in the spirit of responsible journalism 😉 thought I’d give it a go myself. Note that George mentions eggs, but doesn’t specify how many. The general consensus is that 12 is the right number. Notice I’ve halved the recipe down below, because I don’t know about you, but our household is definitely not up for that much nog!

When it comes to booze, things haven’t changed much since George’s time, lol, and George’s recipe is perfectly drinkable today. George adds sherry to the classic combination of  bourbon or cognac, rum and whiskey which I love. It’s extra rich, and totally worthy of those epic end of year toasts (this year I think we’ll all be ringing in 2021 with a little extra enthusiasm.) 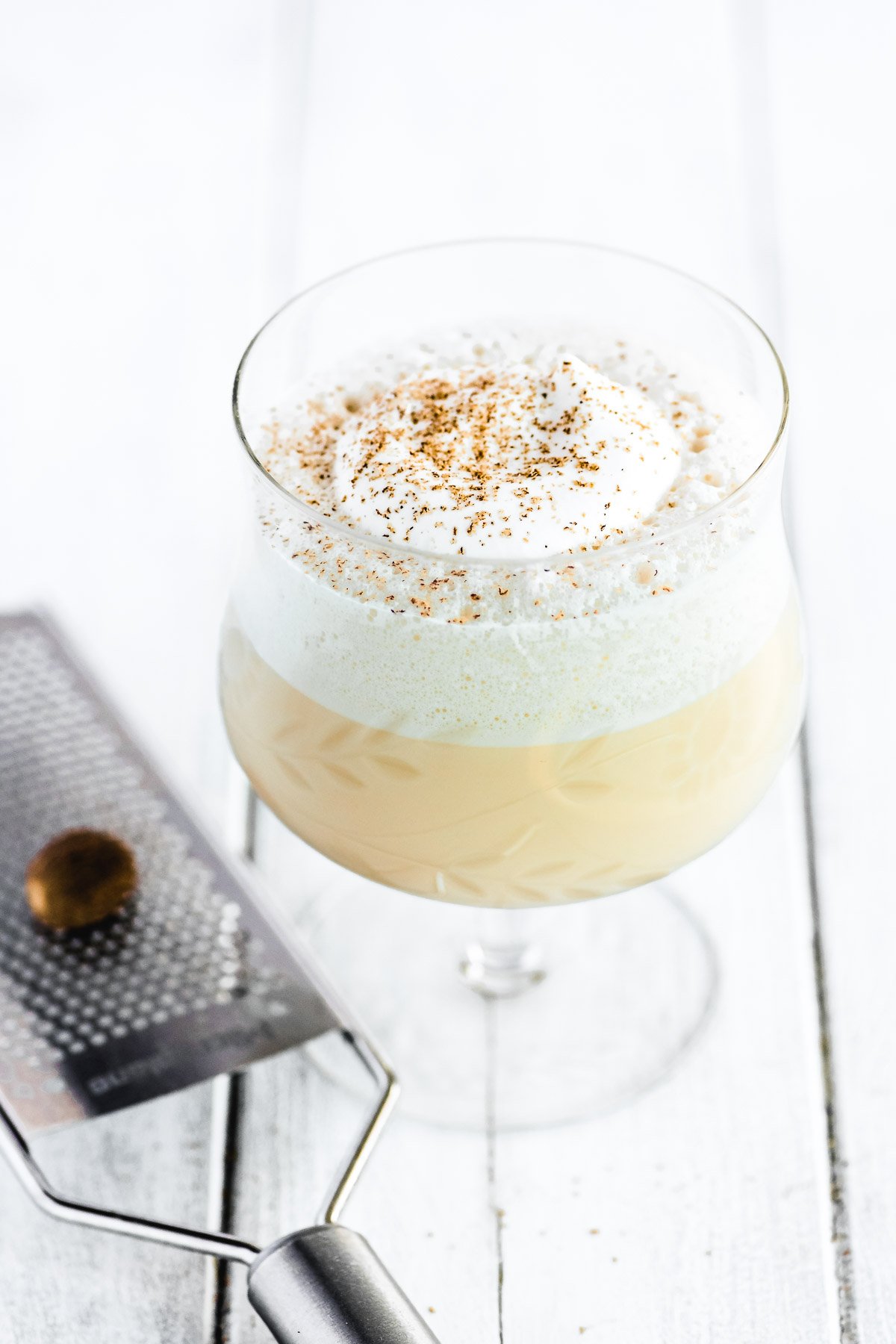 A brief history of eggnog, the delicious drink with a strange name

According to the Smithsonian ‘nog’ is an old English word that was used to describe strong ale, and it might be where ‘eggnog’ comes from. Another possibility is that the name refers to the archaic word for wooden cup, or ‘nog’.

Eggnog first appeared in medieval Britain as ‘posset,’ a hot milk drink with wine or ale added. Eggs were added as monks claimed the drink as their own, and sherry gradually replaced the ale. Posset was sometimes used as a cold and flu remedy, but today it’s more often known as a custard type dessert.

Eggnog eventually jumped the pond to become a special treat for the colonial set in America’s earliest days. The colonists replaced sherry, which was hard to come by, with readily available whiskey and rum.

The term eggnog was first used in America in the 1770s.

George Washington served eggnog at Mount Vernon according to the estate’s kitchen records.

By the 19th century eggnog was firmly established as a holiday drink in American culture.

The Eggnog Riot of 1826 at the United States Military Academy was a result of cadets smuggling alcohol into the then dry campus for their holiday party eggnog.

During Prohibition (1920 to 1933) consumption of eggnog decreased.

By the 1940s bottled non-alcoholic eggnog was being sold, and is available in November and December. The best bottled eggnog is always from your local dairy, sold in glass bottles. It’s worth hunting for.

In the 1950s president Eisenhower shared his favorite version of the drink (see that in the recipe notes below.)

Plant based eggnogs were introduced in the 1980s, including Tofu Nog. 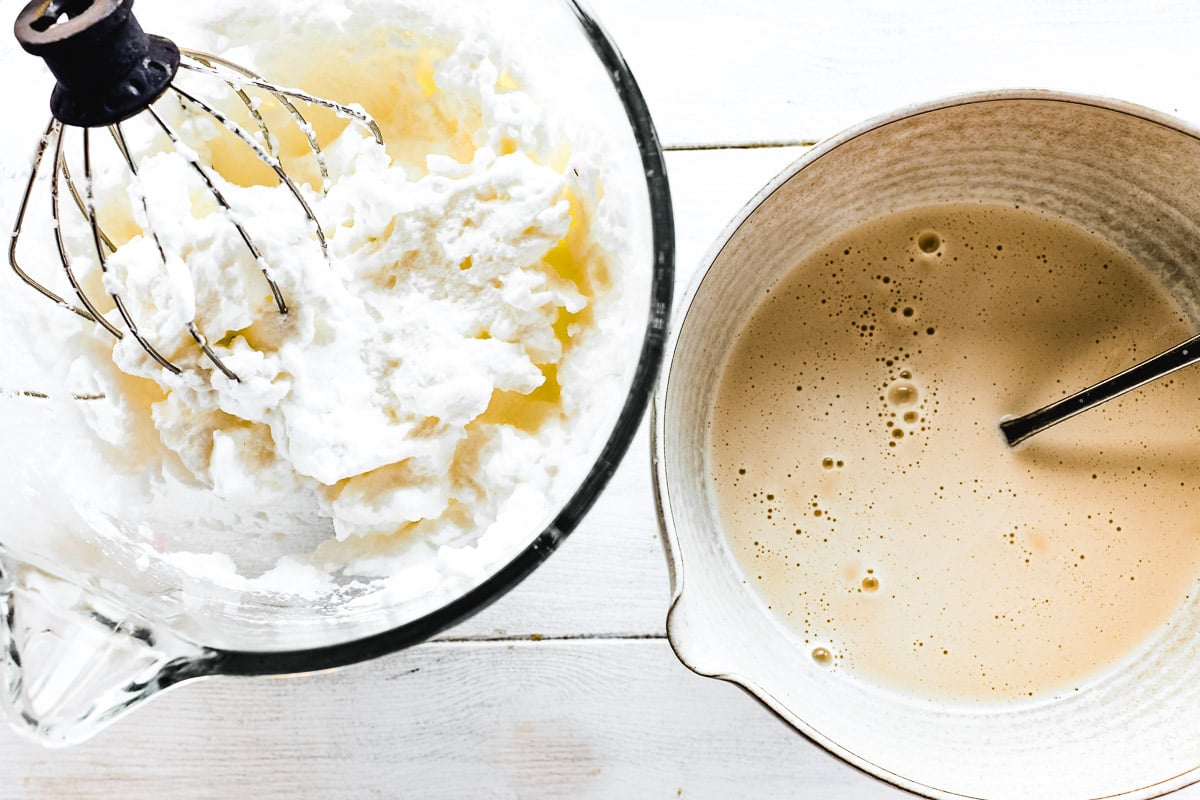 eggnog and food safety ~ what about those raw eggs?

In colonial times getting salmonella from raw eggs was not an issue, and eggs could safely be consumed raw. Today, even though it’s only about one in every 30,000 eggs that can be infected, it’s not a risk worth taking. Today you should not consume raw eggs, especially if you have a weakened immune system, are a young child, a pregnant woman or an older adult.

You can use commercially pasteurized eggs for this recipe. Pasteurized eggs have been heated just enough to kill off any dangerous bacteria, but not enough to cook the eggs. They look and function just like regular eggs, only they’re safe to eat without cooking. Look for them next to the regular eggs in your supermarket.

Food scientist Harold McGee suggests submerging eggs in a 135-degree pot of water for two hours to effectively pasteurize them and kill bacteria. If you’ve got one of the newer Instant Pots that can customize temperature, this might be handy.

Foodsafety.gov suggests that another way to avoid raw eggs is to cook the eggnog mixture first (before adding the alcohol) to an internal temperature of 160F. Do this in a heavy saucepan and stir constantly. Chill the mixture and then add the alcohol. Omit the egg whites.

Finally, you can make eggnog without the eggs altogether! Just leave them out. I would whip the cream and fold it into the mixture before serving. You might want to reduce the alcohol a bit as well since you’ll be reducing the volume of your nog. 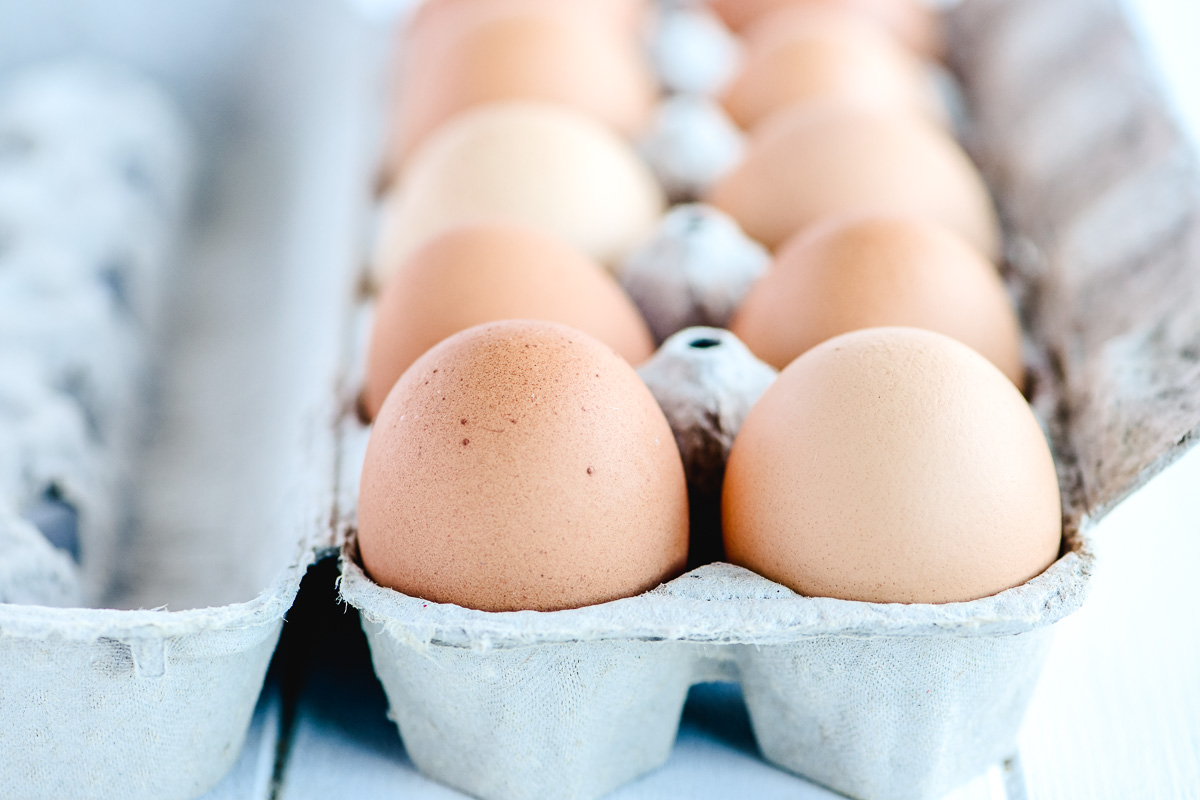 Why do we age eggnog?

This is an interesting and complex question…aging foods, not just eggnog, is a time tested technique for intensifying flavors. 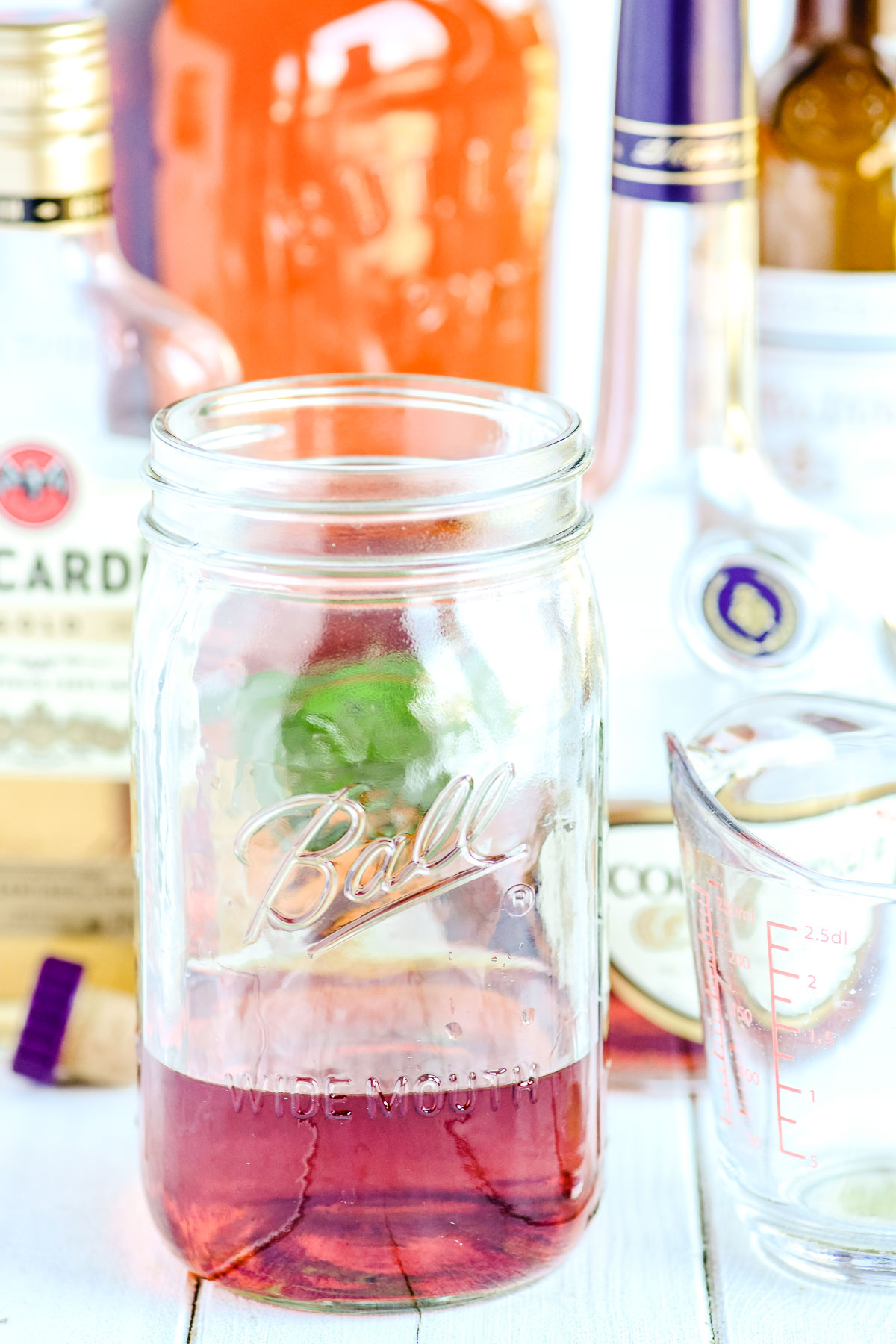 How would I tweak George’s recipe? 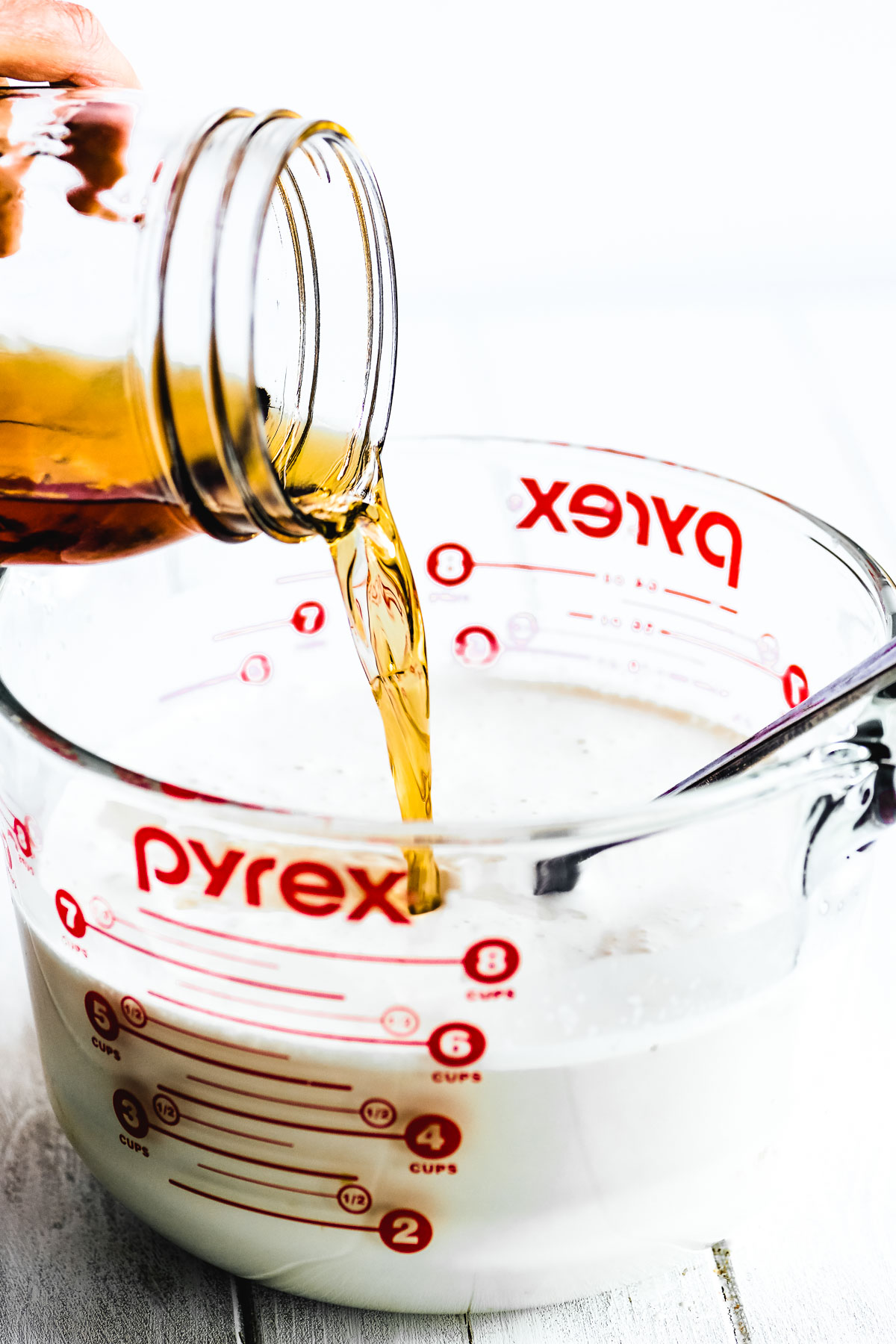 What kind of glasses do you serve eggnog in?

Small glasses are key, this stuff is rich and potent! The glass I used for my photos is about the largest I’d suggest. Usually I choose a smaller size, lol. 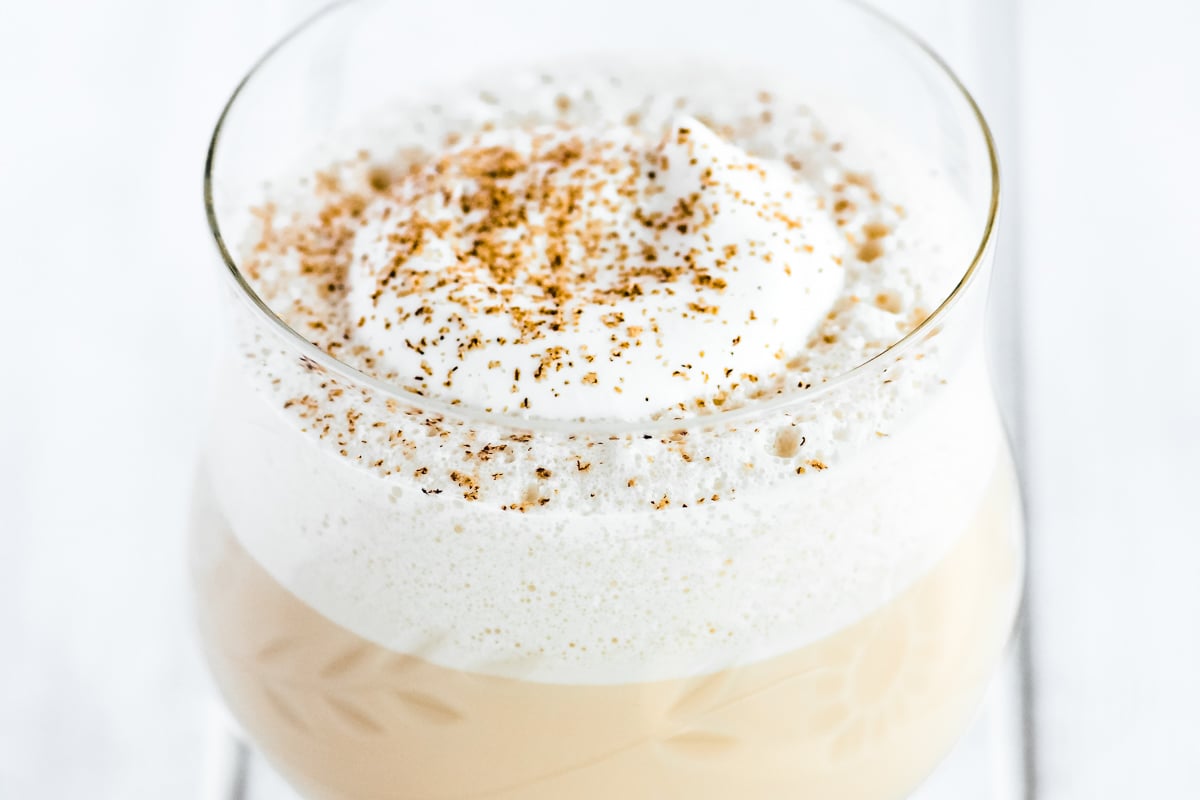 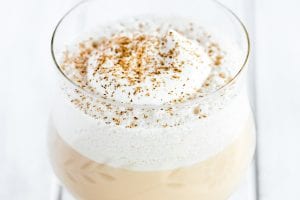 George Washington's Eggnog Recipe is purported to be from our first president himself, and speaks to the longevity of this merry holiday cocktail. (I've halved the original recipe and re worded for clarity)
Course cocktails
Cuisine American
Prep Time 15 minutes
Chilling 1 day
Yield 16 -20 servings
Author Sue Moran
Prevent your screen from going dark

Ingredients Instructions Put the dozen egg yolks in an electric mixer. Feed in the granulated
sugar very slowly as to get a completely smooth, clear light
mixture. When this is perfectly smooth, begin
to add the bourbon very slowly. (The process up to here would typically
consume at least 30 minutes -- with a good mixer.) Add one quart of coffee
cream.  Put the whole thing in the ice box until a half hour before serving,
at which time the whipping cream should be beaten until only
moderately thick. Be careful not to get it too thick. Mix it slowly
into the mixture and serve with nutmeg. Cheers!
The nutritional information for recipes on this site is provided as a courtesy and although theviewfromgreatisland.com tries to provide accurate nutritional information, these figures are only estimates. 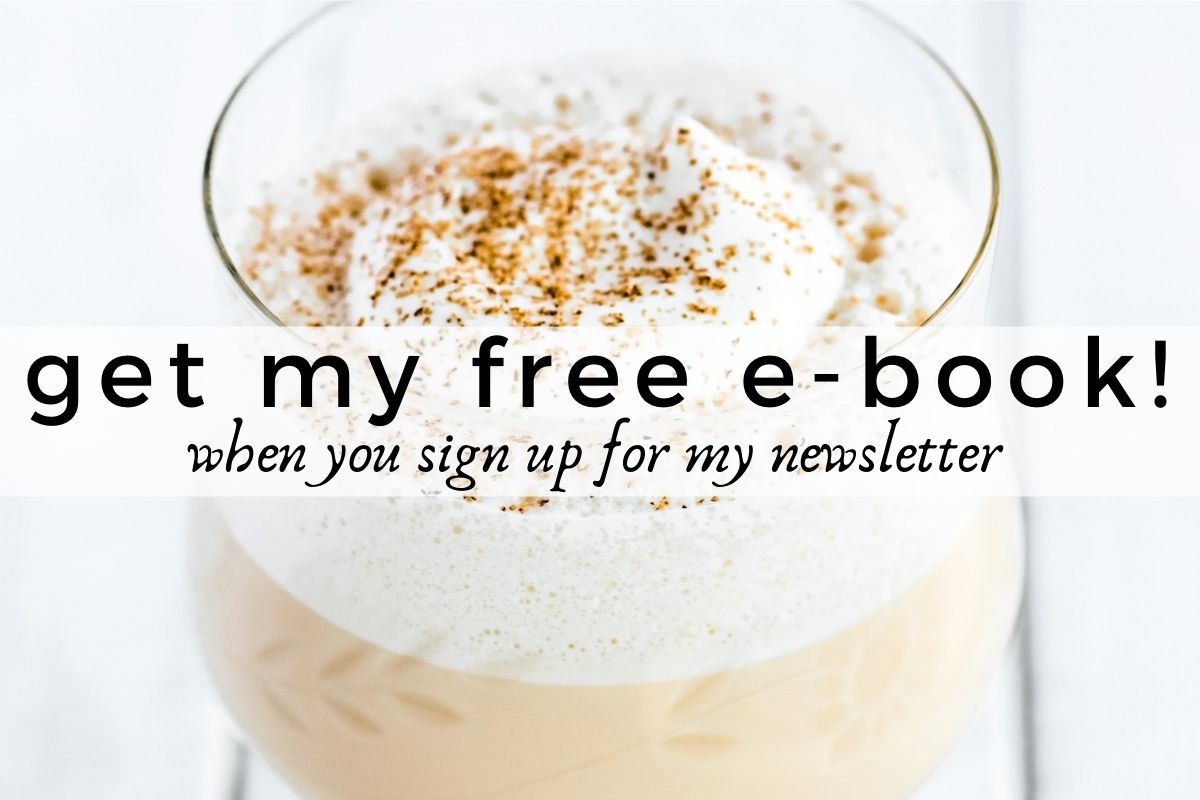 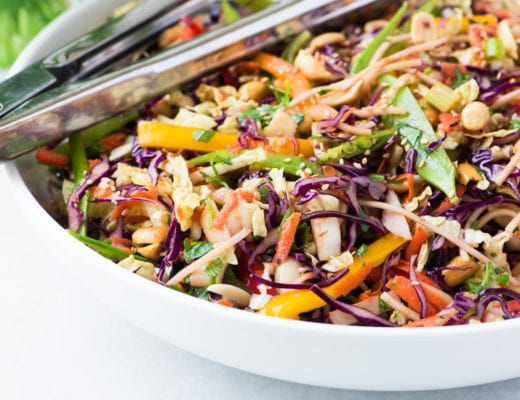 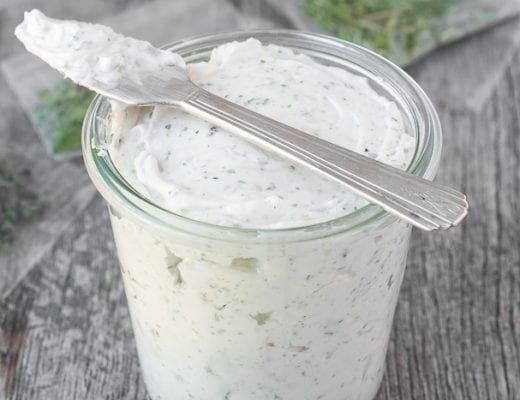 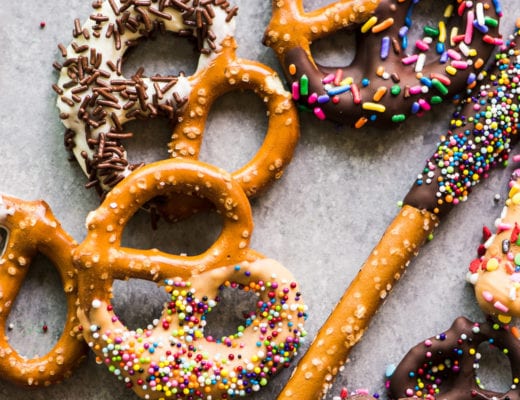