Instant Pot Gravy Recipe (no drippings!) ~ Here’s my definitive guide to make ahead gravy, no drippings or giblets or stove top space required. This thick flavorful gravy can be made and kept warm for hours in the Instant Pot. Your Thanksgiving crowd will be forever grateful! 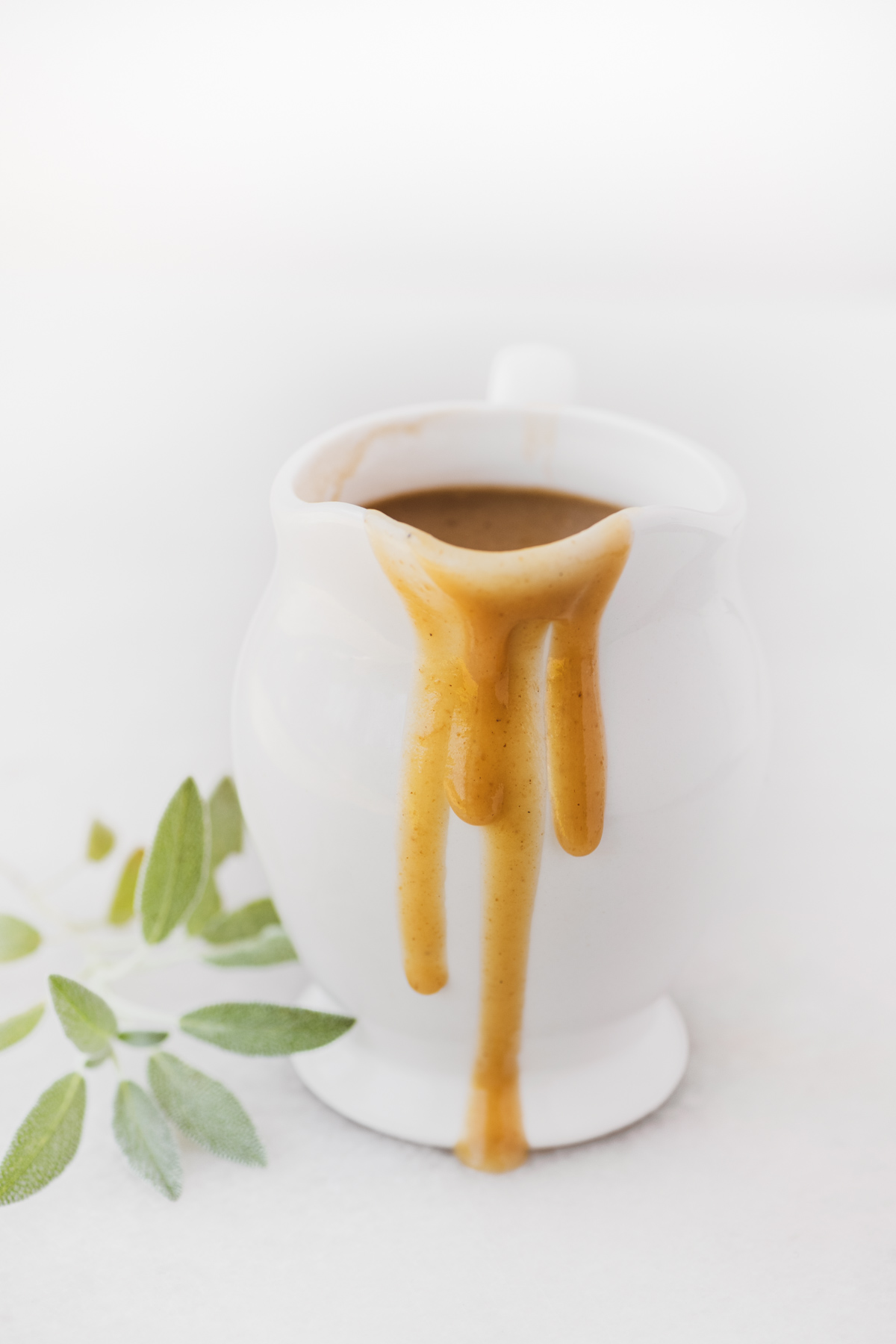 With this amazing Instant Pot gravy recipe you’ll never run out again, no matter how big your holiday hoard.

Gravy. There’s probably nothing more controversial when it comes to holiday foods. People have such intense feelings about it ~ they’re either set on recreating the gravy they grew up with, or maybe the stuff they grew up with was so atrocious they’re on a lifelong quest to make it right. It really is the distilled essence of the holidays: the long anticipation…the tense huddles over the bubbling pot…the aroma that swims through the house…culminating in that epic moment when someone passes you the gravy boat and you get to slather it all over everything ~ how can you not be passionate about gravy? 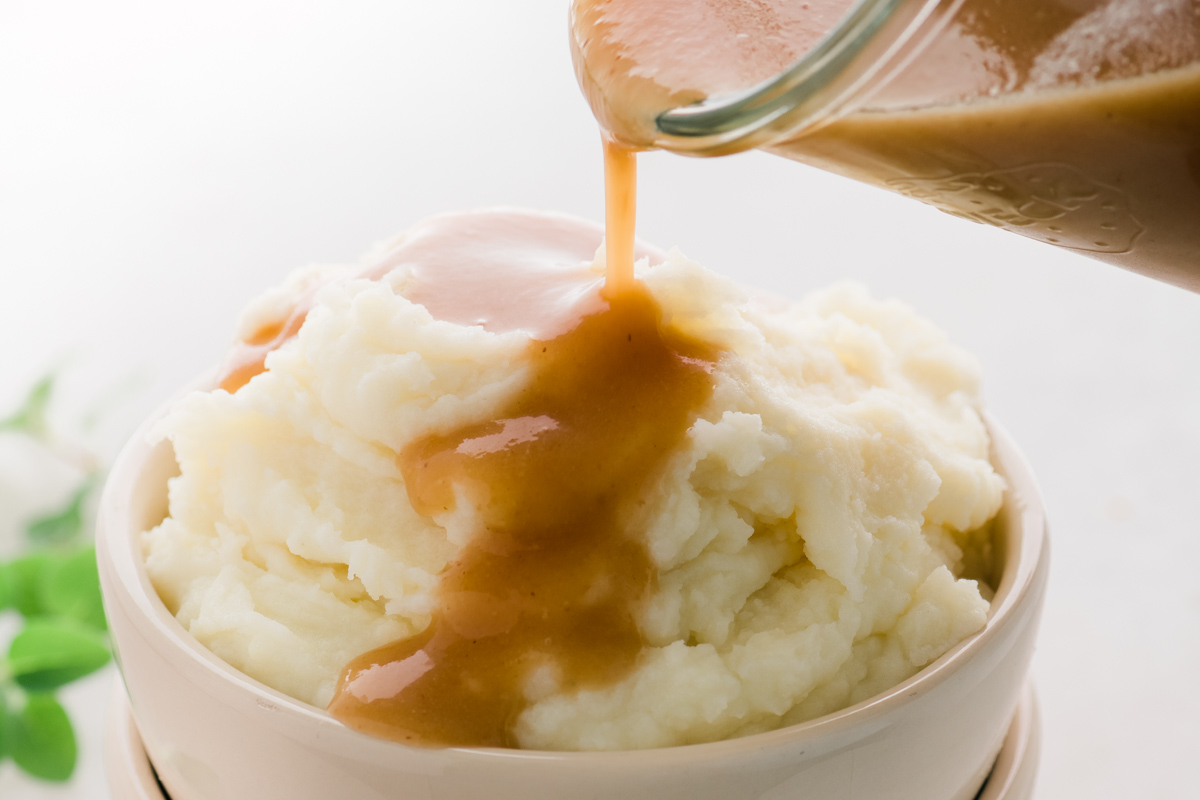 Trouble is, with all that riding on it, gravy almost always disappoints. It’s too thick, or too thin, has lumps, has no flavor, it’s too greasy, or….worst of all...there’s not enough! It’s a conundrum that nobody wants to get caught up in, so no wonder we only make gravy a couple of times a year.

But that’s such a shame, because gravy makes so many everyday foods (meatloaf, mashed potatoes, biscuits…fried chicken) so much better. Luckily I’ve figured out a way to solve these pesky problems, with the Instant Pot! 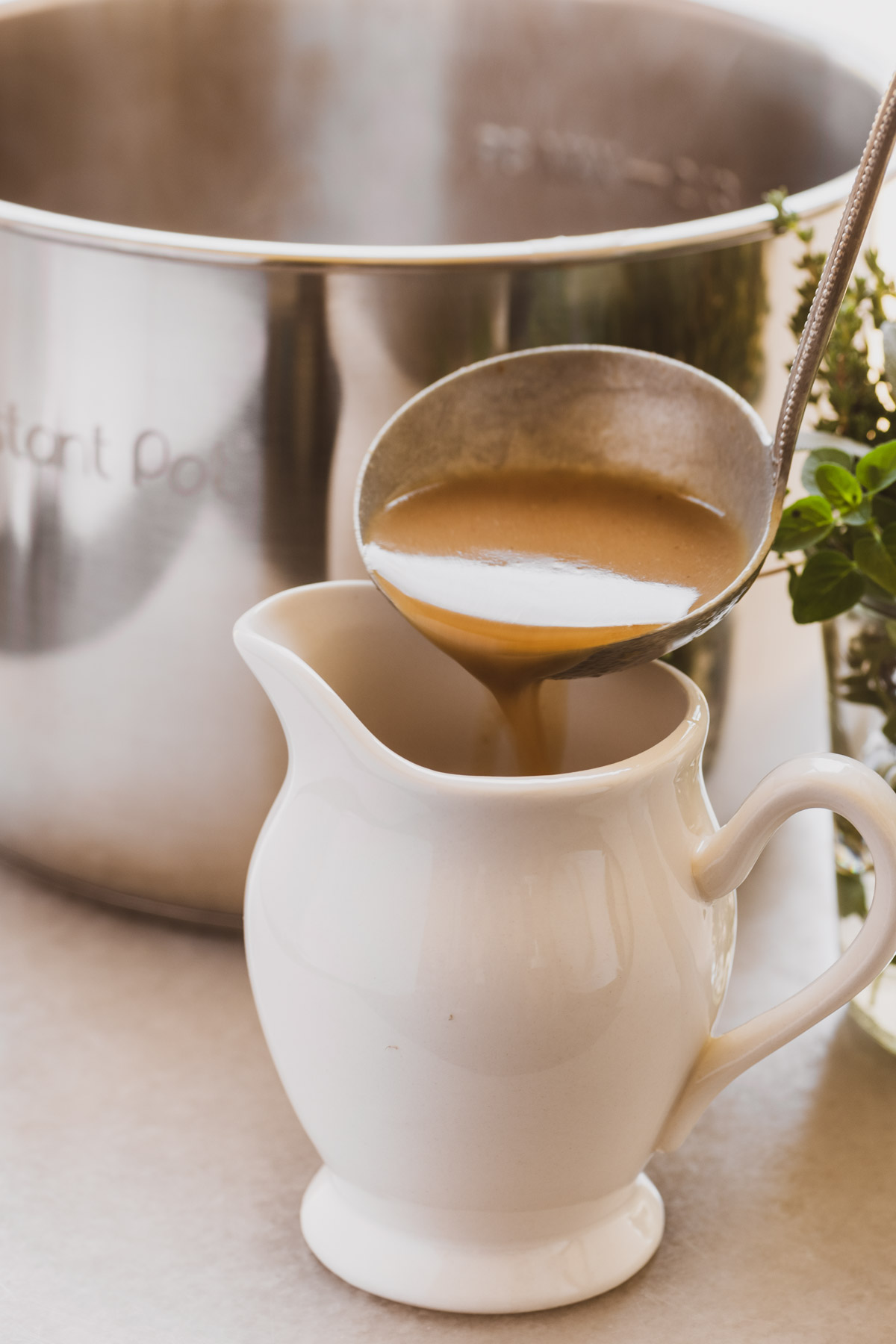 Here’s what I propose: that you make a large batch of this no drippings Instant Pot gravy a day or two before any holiday meal. Then you’ll have extra for the big day, and plenty for leftovers, too. Once you’ve done that, plan to make it the rest of the year, just because you can.

How to make Instant Pot Gravy in 5 easy steps 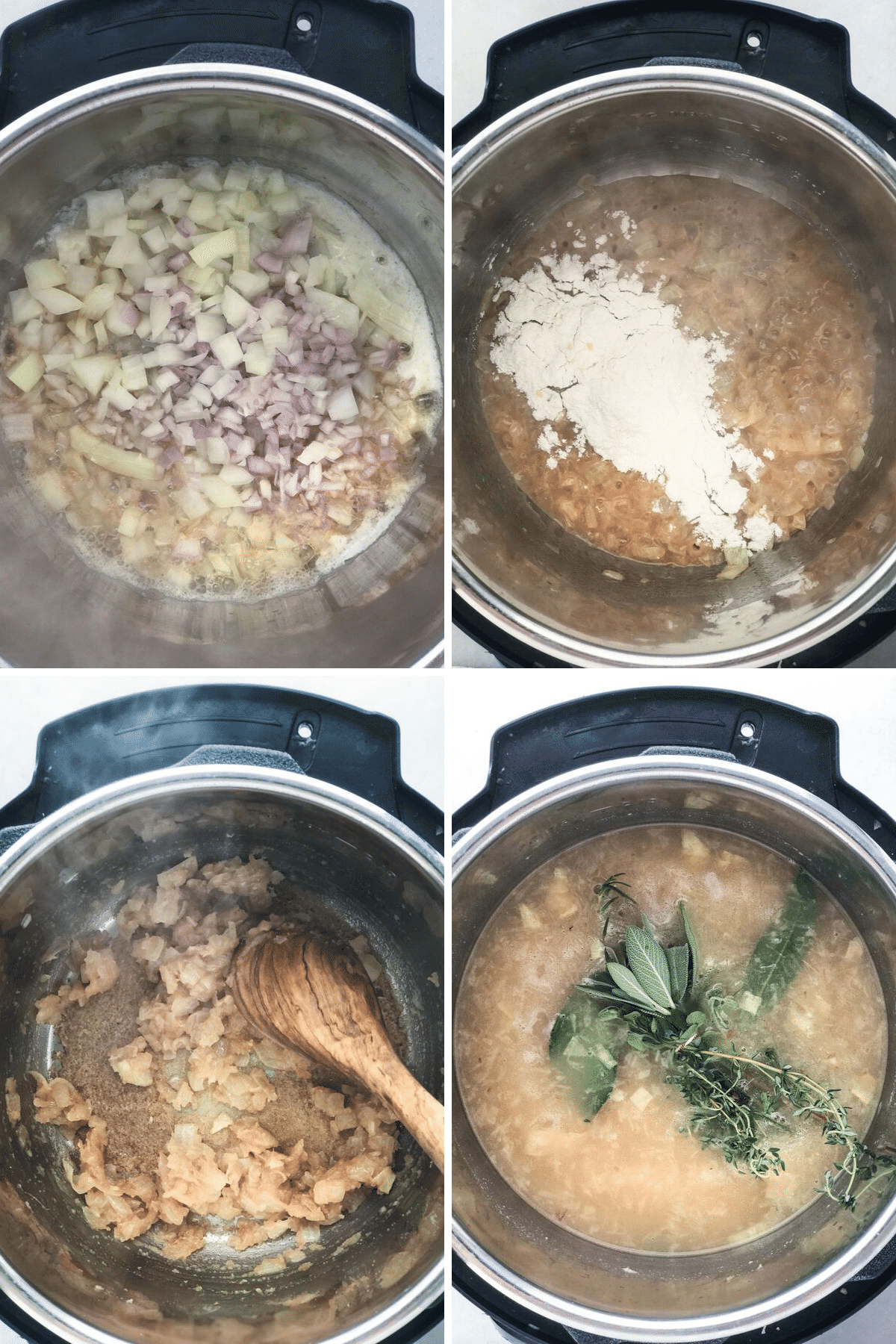 What is the Maillard Reaction, and why is it important for no-drippings gravy? 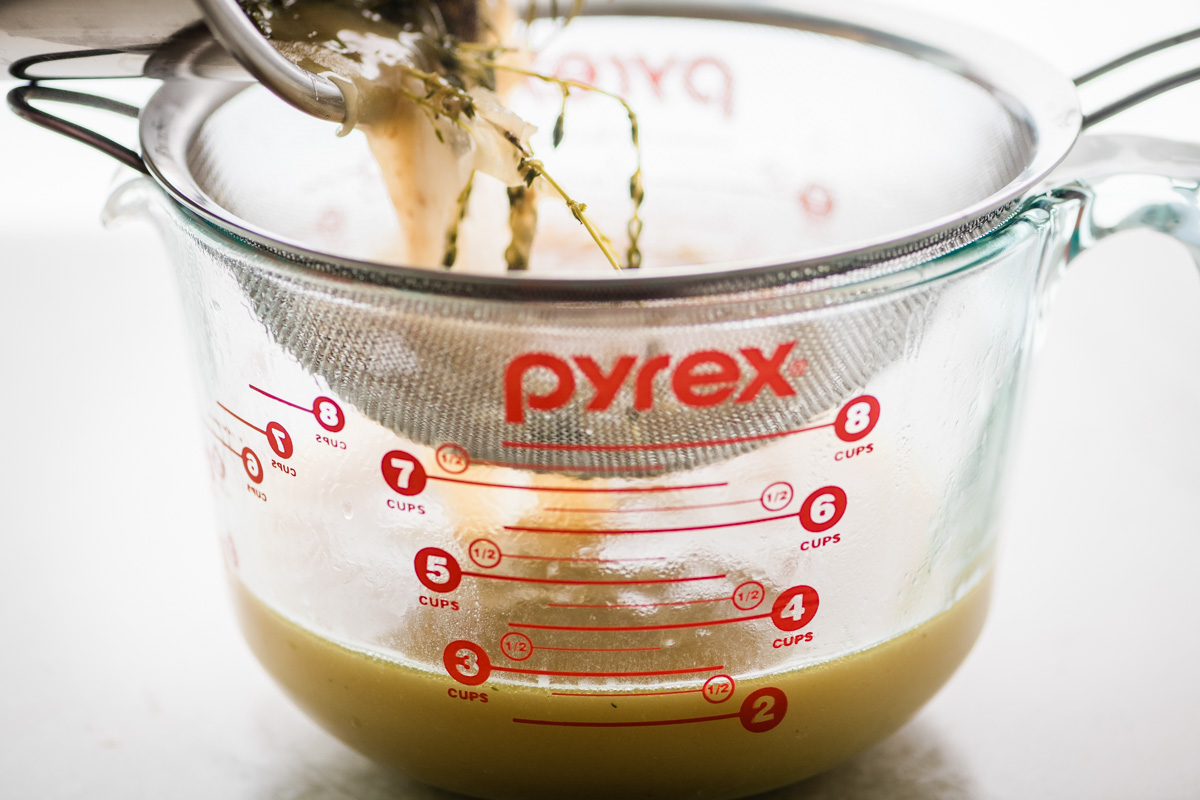 Whenever I make gravy I usually choose a dominant flavor to emphasize, otherwise I find it can get boring. For this quick IP gravy I chose to infuse it with lots of fresh herbs, and the flavor really comes through nicely. Fresh is key here, so grab a few different varieties at the market, or pluck them from your kitchen garden. I tie them up with twine to keep them together, but you can also leave them loose. They’ll be strained out later. 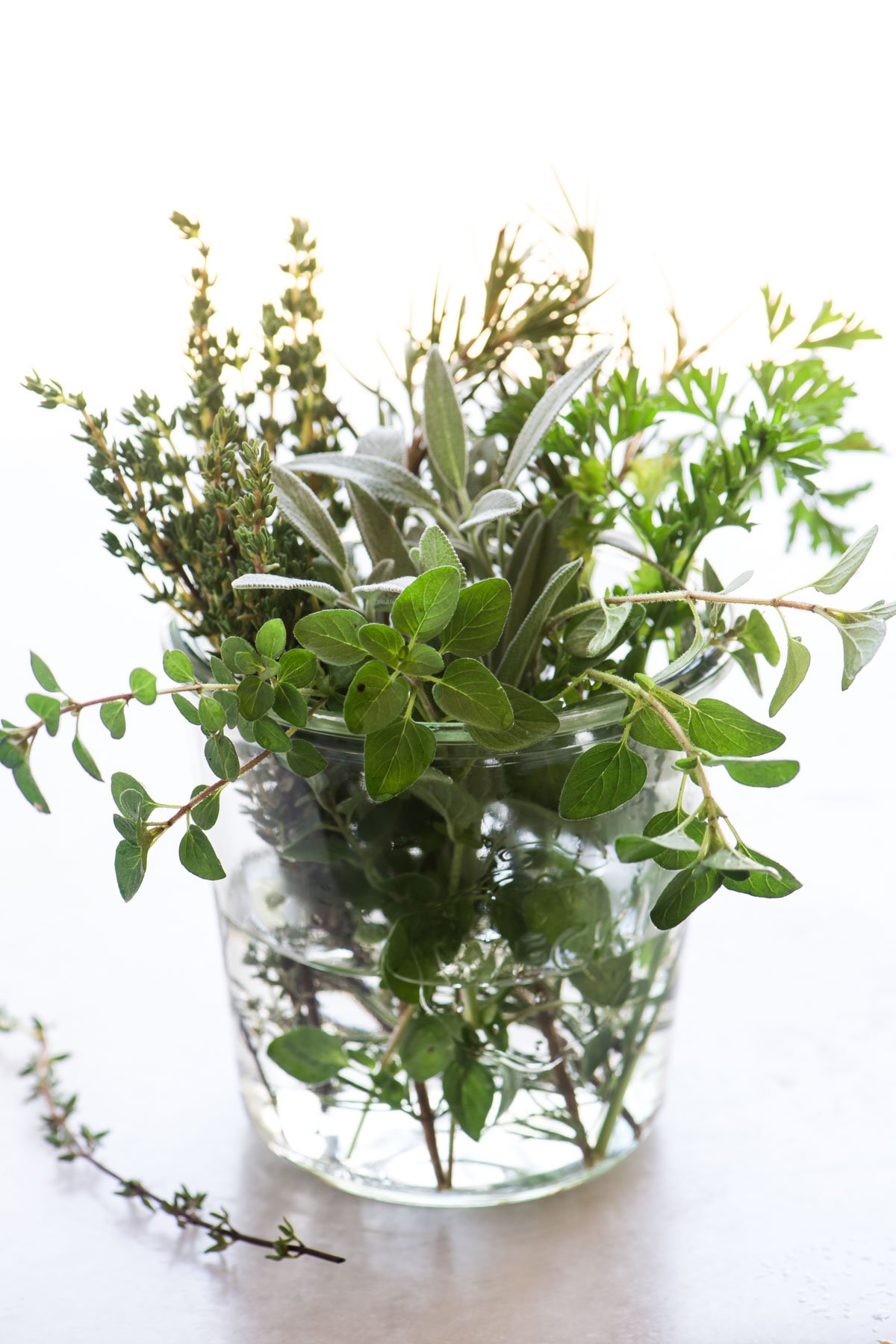 Can I freeze Instant Pot gravy? 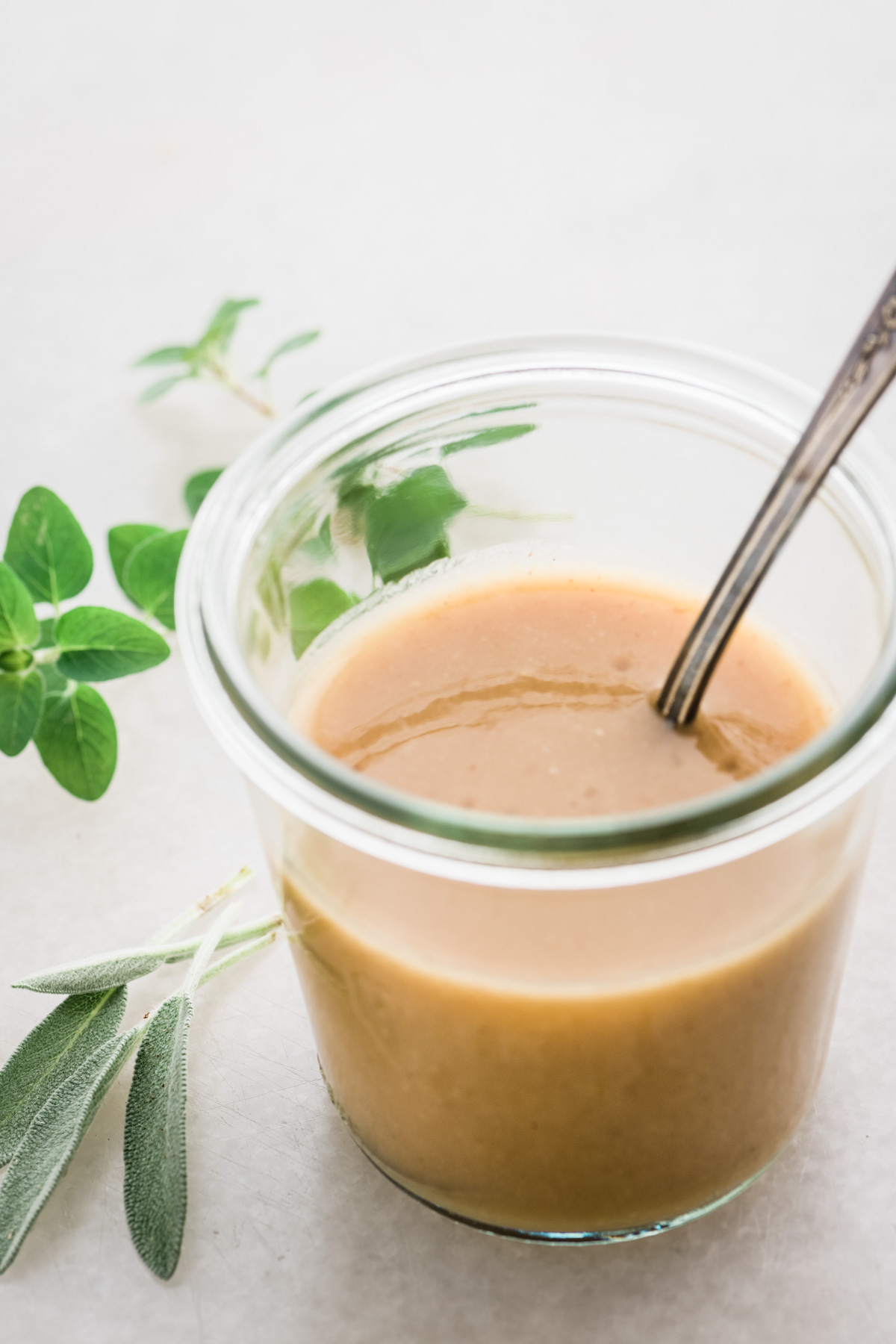 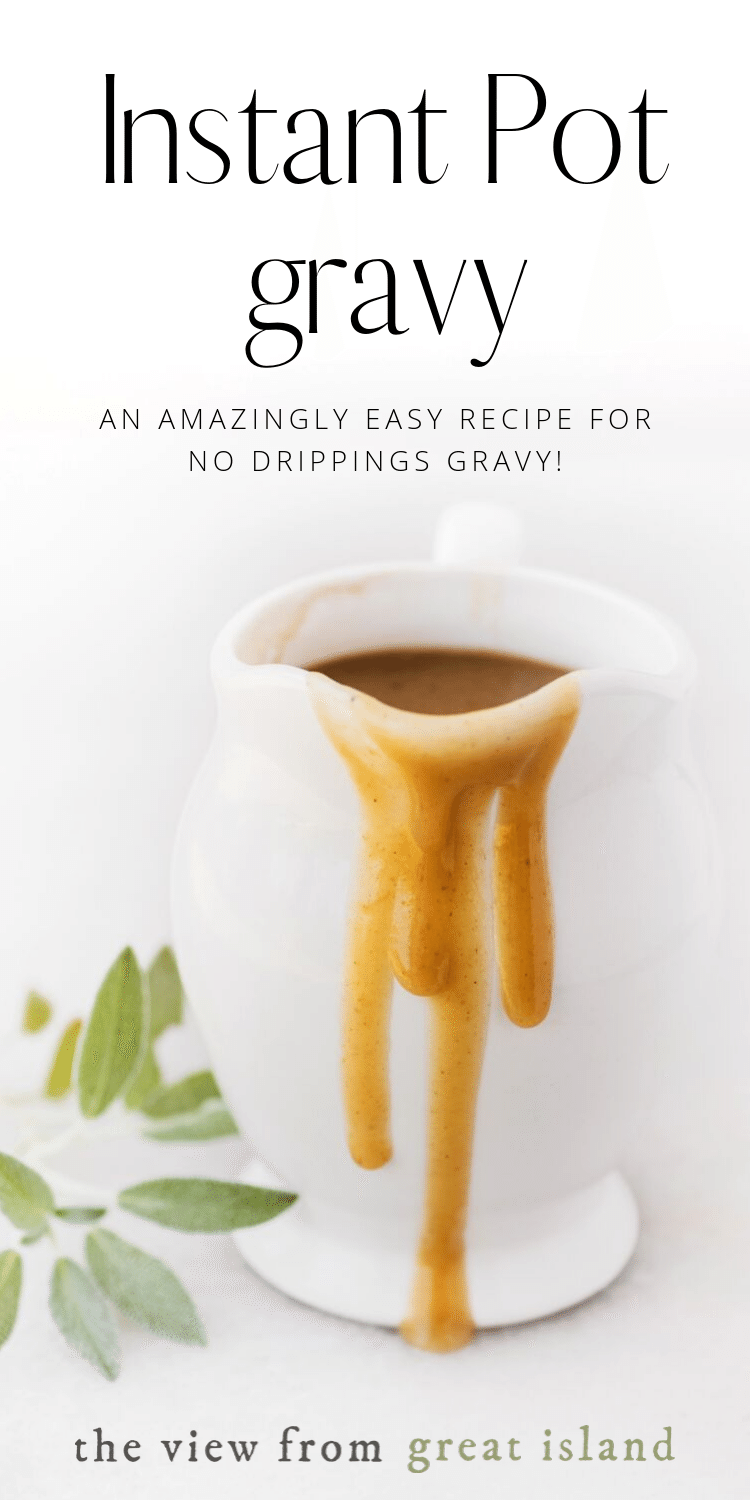 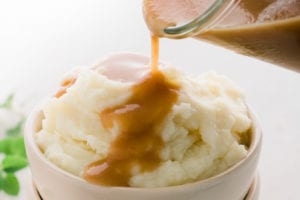 NOTE that we are not using the pressure cooking function of the Instant Pot for this gravy, we are using the sauté button. See the main body of the post for tips and troubleshooting advice. You can double this recipe if you like, as long as you don't fill your Instant Pot beyond its max fill line.
The nutritional information for recipes on this site is provided as a courtesy and although theviewfromgreatisland.com tries to provide accurate nutritional information, these figures are only estimates.

OTHER GRAVY RECIPES ON THE BLOG ~

Easy Gravy without the Bird 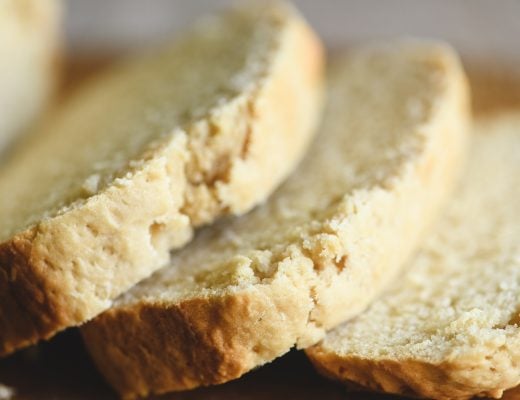 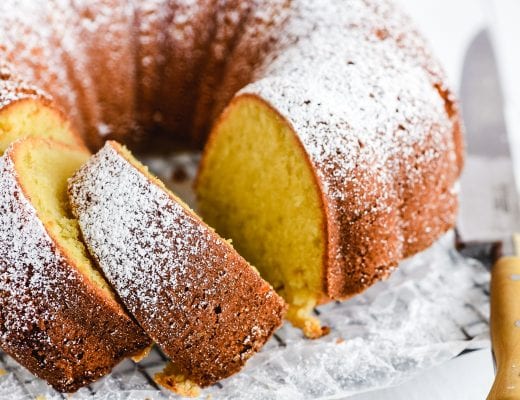 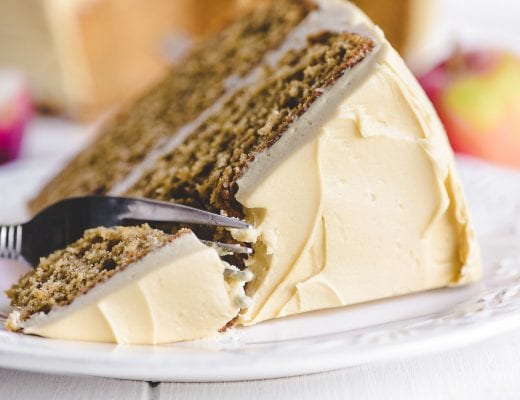