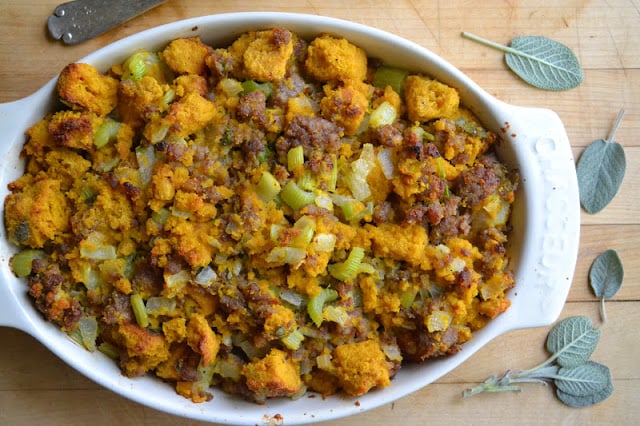 Pumpkin Cornbread Stuffing with Country Sausage and Sage is hands down the best stuffing I’ve ever had. The flavors are phenomenal, and to be honest, when you’ve got a dressing like this, you don’t really need the turkey at all! 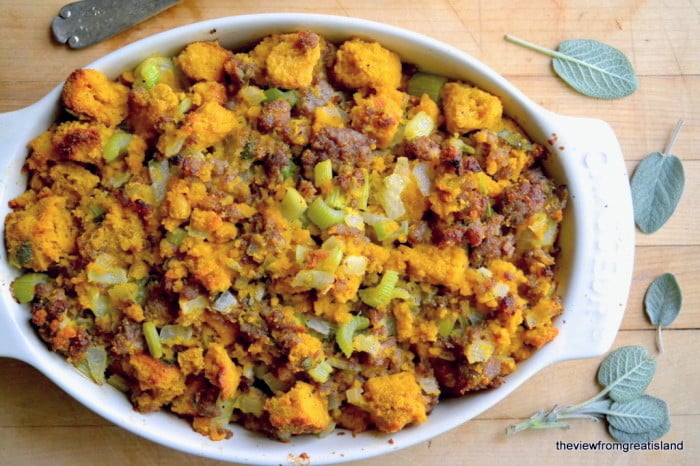 I had to do it, I had to make another batch of that pumpkin cornbread just to see  if it could knock it out of the park as a stuffing and man, did it ever. This was fabulous, and I’m not even a stuffing kind of person. 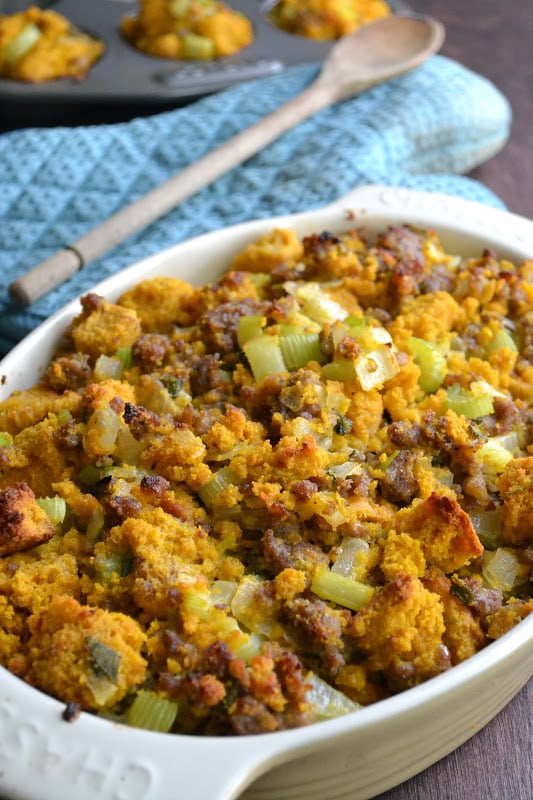 This cornbread stuffing is moist, and full of flavor with sausage and fresh sage

The appeal of plain stuffing has always been lost on me. But when you substitute homemade cornbread enriched with pumpkin, molasses and a little brown sugar for those brittle dried breadcrumbs in the bag, then add country sausage and fresh sage, you can’t help but get something special. You could easily make this a vegetarian stuffing, just replace the sausage with some roasted mushrooms, add in a few walnuts, and use veggie stock. I think dried cranberries would be nice, too. 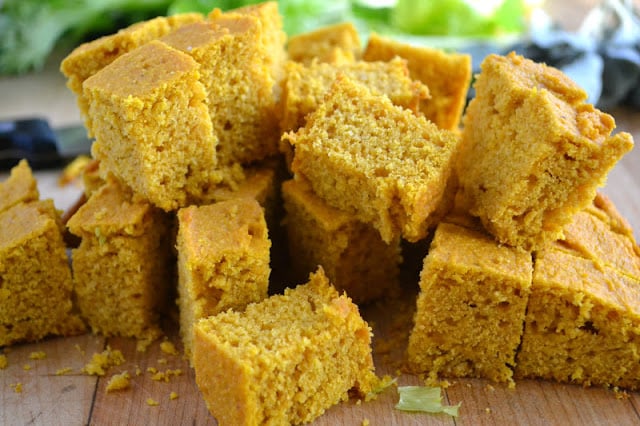 Stuffing is all about texture

I cut my cornbread in large chunks so it wouldn’t completely fall apart as the stuffing is mixed. I crumbled the larger pieces as I added in the liquid to get a combination of textures. I also cut the onion and celery in relatively large dice, so they are recognizable in the final dish; you can taste them and they still have some crunch.. 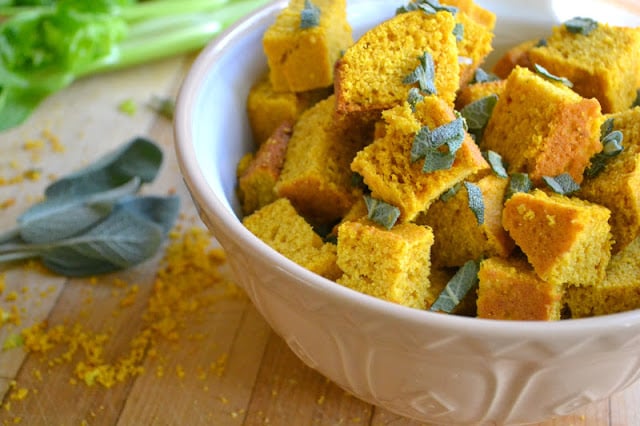 The peppery country sausage and the fresh sage gives this pumpkin cornbread stuffing so many layers of flavor.

TIP: Fresh sage is well worth it, the flavor is far superior to the dried. If you have extra leftover, I’ll show you how to dry herbs in the microwave, it’s a fabulous technique for preserving extra fresh herbs. 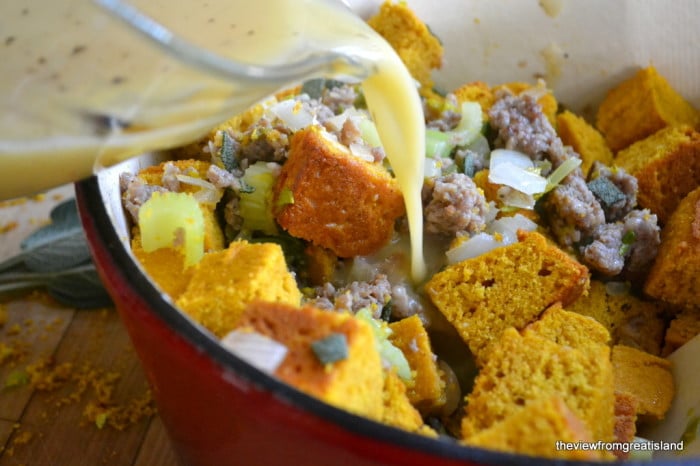 This beats the dried packaged mixes by a mile, I hope you give it a try! 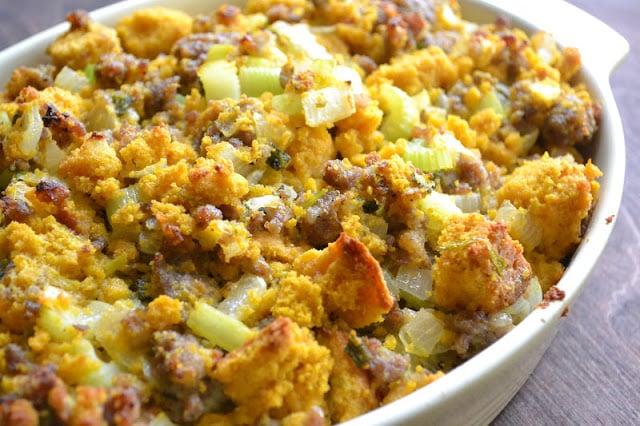 I guess I’m going to have to call myself a stuffing person from now on. 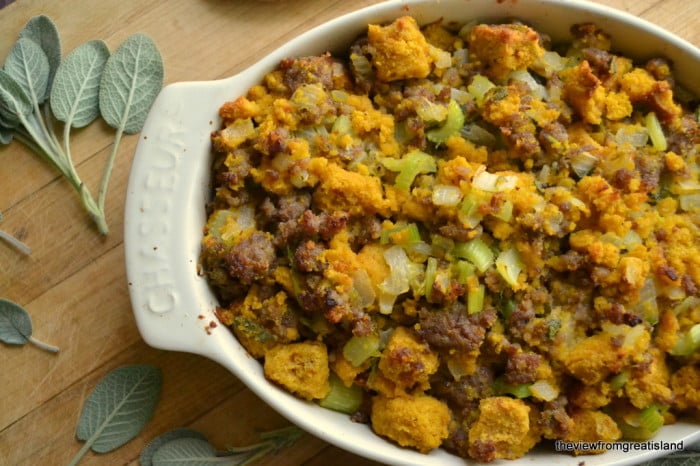 I love all the extras on a holiday menu, and I have lots more side dish inspiration on the blog ~ 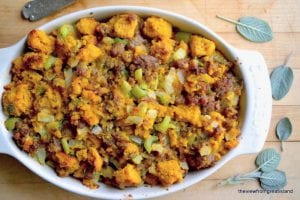 Pumpkin Cornbread Stuffing with Country Sausage and Sage is hands down the best stuffing I've ever had.  The flavors are phenomenal, and to be honest, when you've got a stuffing like this, you don't really need the turkey at all!
Course Side Dish
Cuisine American
Prep Time 15 minutes
Cook Time 30 minutes
Yield 8 servings
Author Sue Moran
Prevent your screen from going dark 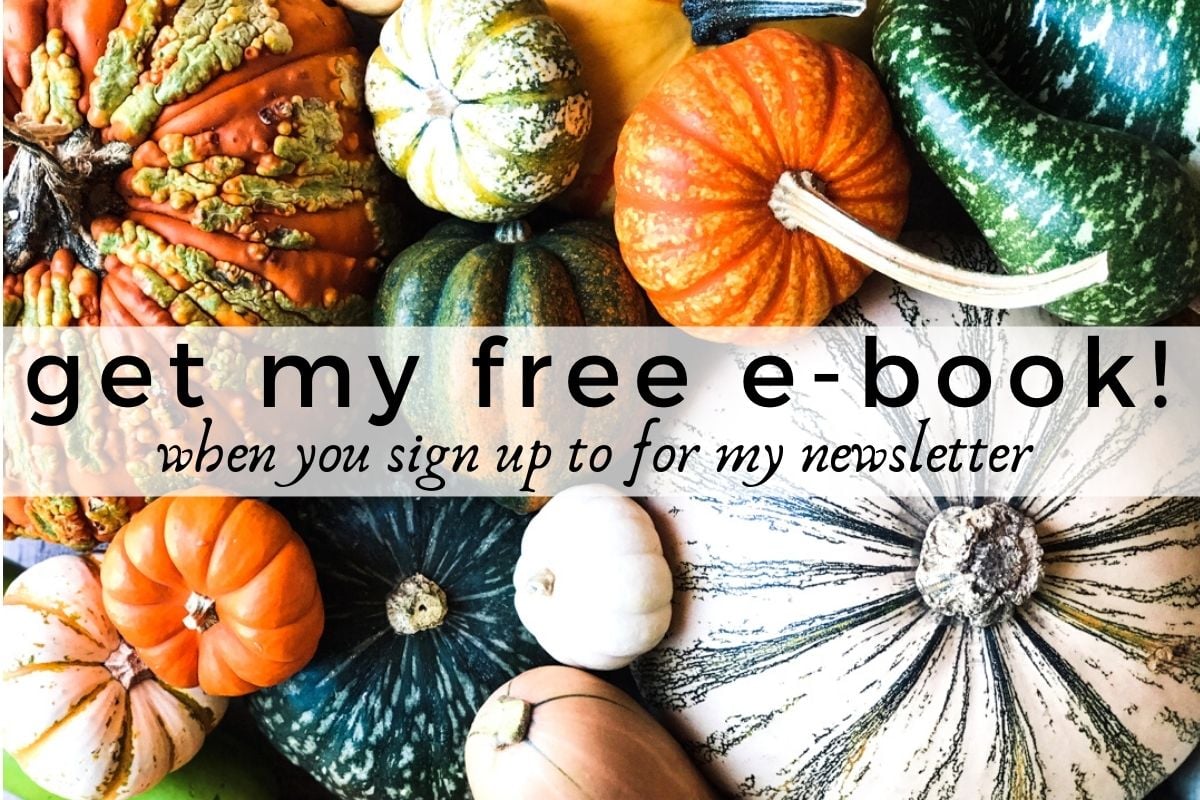 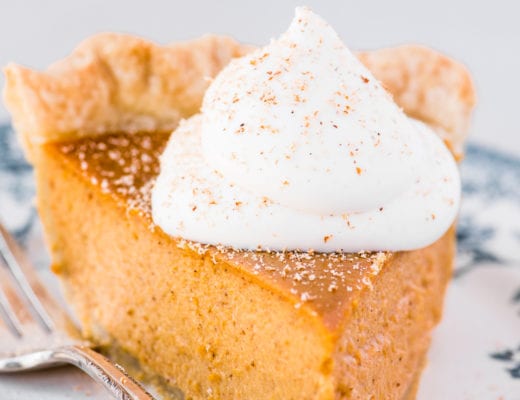 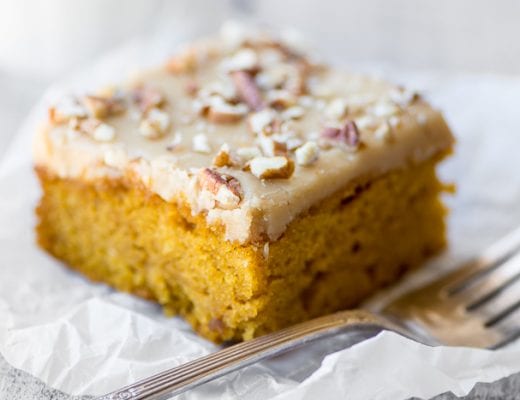 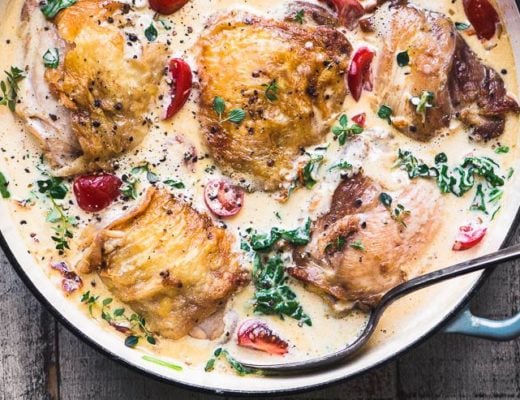 Our Most Popular Cozy Dinner Recipes!