Quick Maple Bacon Cinnamon Buns? No, don’t run for your reading glasses, these rolls are the shorthand version, they’re ready for the oven in the time it takes to make your first cup of coffee. 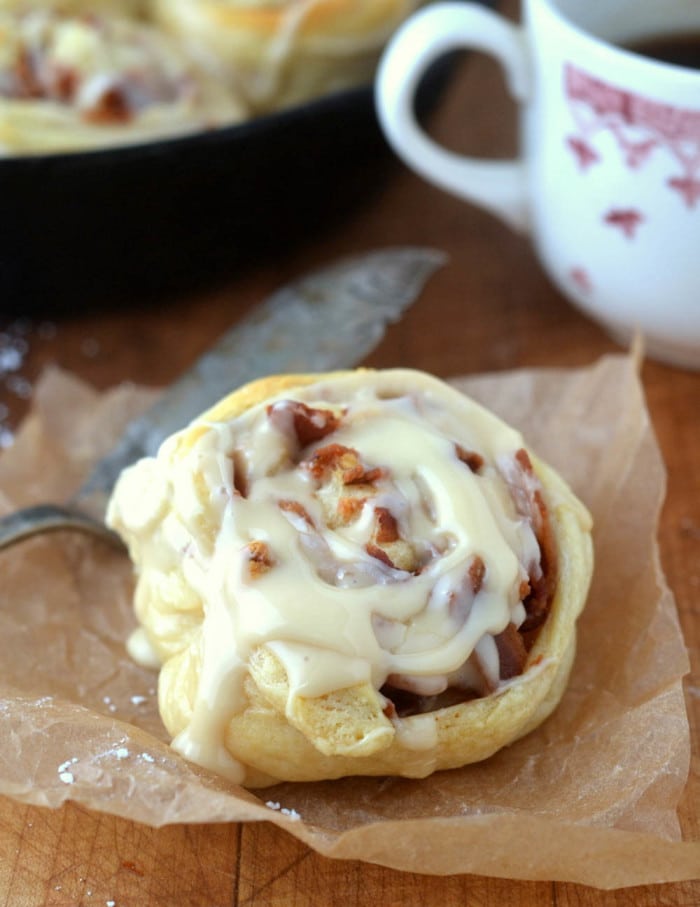 I don’t usually use prepared foods in my recipes, but I made an exception when it comes to cinnamon rolls. Sometimes you just need a touch of convenience in your life. Especially at 7 in the morning. 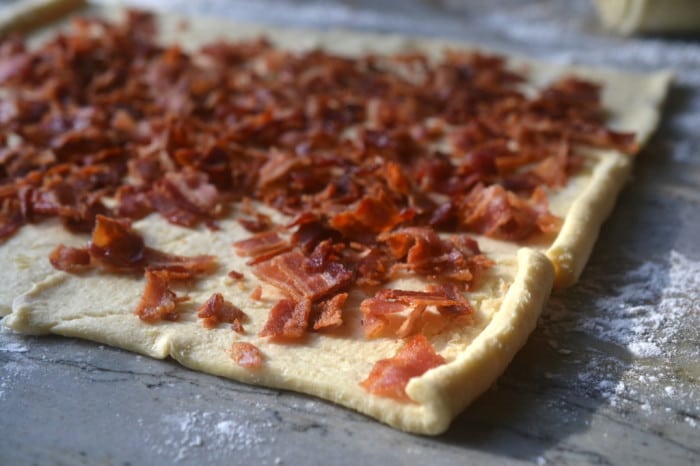 A can of refrigerated dough makes this recipe easy and fast. Just roll it out and press the little perforations together with your fingers to make one solid sheet. Then sprinkle on a layer of cinnamon sugar and a whole lotta crisp crumbled bacon before you roll it up. 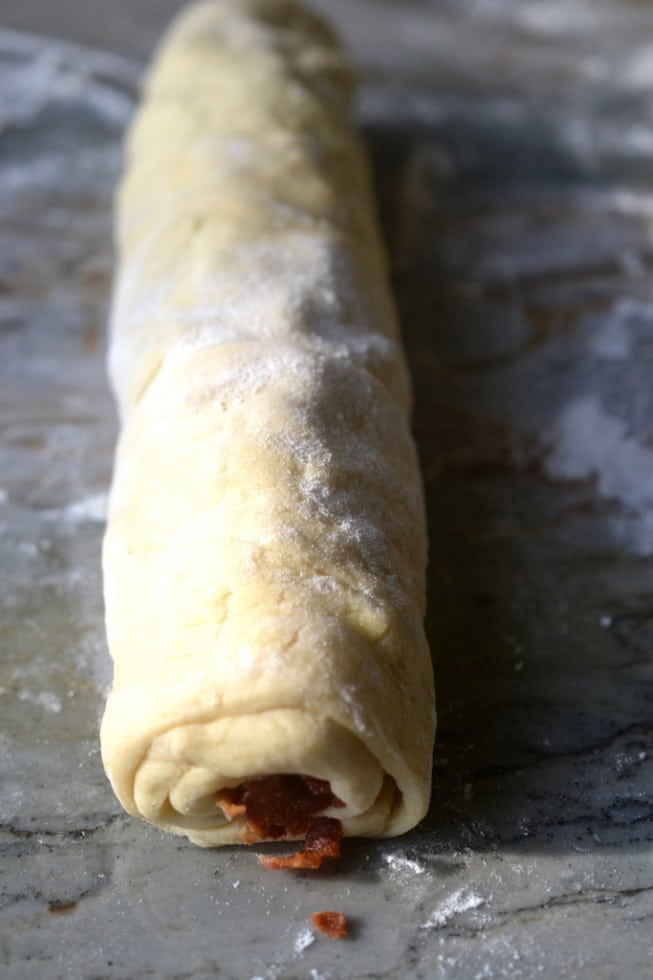 Slice with a very sharp knife, and arrange them, cheek by jowl, in a well greased pan or skillet. They bake up really quickly, at which point you can glaze and devour them. Use one can of dough for petite little rolls, or double the recipe and put two cans together for a more substantial size. 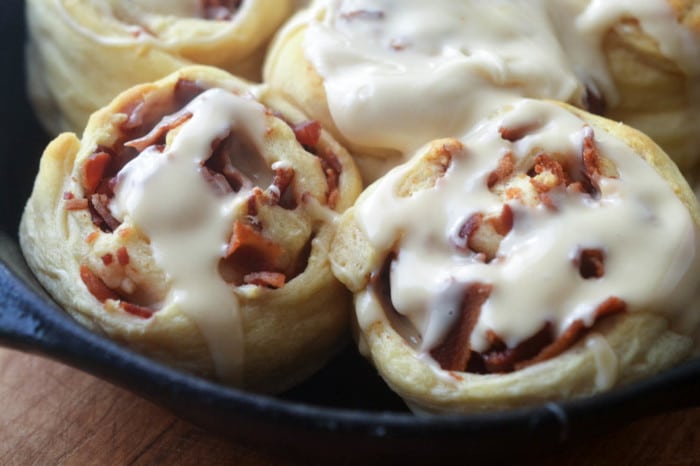 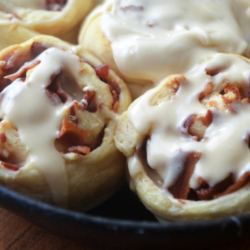 Work with cold dough, don’t let it sit out on the counter before you use it or it will get sticky. Because we are dealing with canned dough, I recommend eating these rolls fresh, the day they are made. That shouldn't be a problem. For larger rolls you can put two cans of dough together side by side and make them into one larger sheet of dough. You'll need more bacon and cinnamon sugar, and a longer cooking time.
Author: Sue Moran
Did You Make This?We love seeing what you've made! Tag us on social media at @theviewfromgreatisland for a chance to be featured. 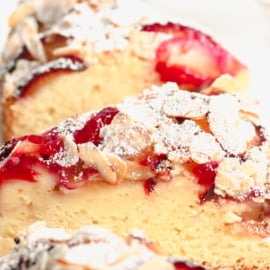 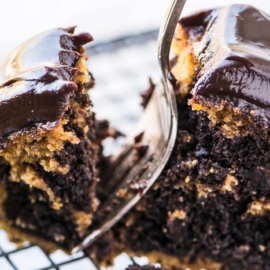 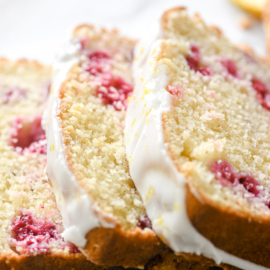 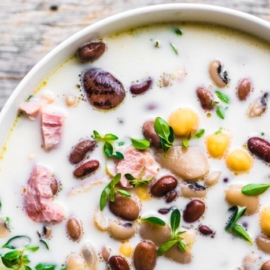