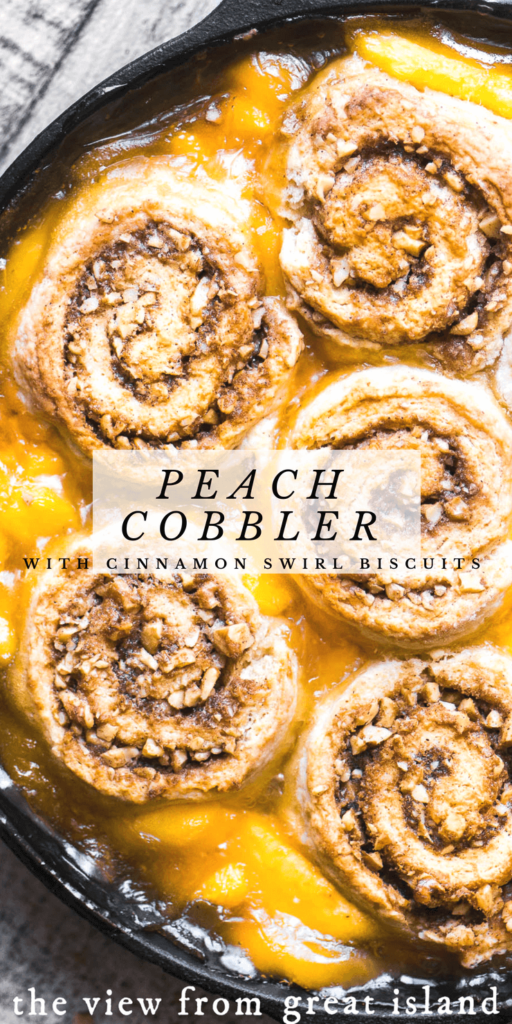 Peach Cobbler with Cinnamon Swirl Biscuits is the stand out dessert of the summer, with lots of ripe peaches topped off with tender homemade biscuits that think they’re cinnamon buns…this delicious mashup just works!

peach cobbler with cinnamon swirl biscuits is a winning combo

Think of it this way ~ if a juicy peach cobbler and a Cinnabon had a baby…it would definitely be the cutest kid on the block. Regular cobblers are usually made with a topping of dropped biscuit dough that resembles the bumpy texture of a cobblestone street, hence the name. The delicious difference here is that this peach cobbler is topped with fluffy biscuit dough that’s been rolled up with a cinnamon walnut filling and sliced into little Cinnabon type rolls. And here’s a secret ~ they taste even better than cinnamon rolls, wow!

Of course what tempted me about this recipe were the cinnamon swirl biscuits ~ I mean come on, what’s that all about? Juicy ripe peaches are awesome, but I definitely came for the biscuits, and I bet you did too 🙂

The biscuits are a cross between a biscuit and a cinnamon roll, but don’t worry, they’re ridiculously easy to make. Since this isn’t a yeasted dough, it comes together in a flash. If you’ve ever made homemade biscuits you know how quick it is.

I think I’m going to devote a whole post to these biscuits soon, they’re pretty incredible.

I’ve laid out the recipe in the most efficient way I could, so you can really put the cobbler together quickly. I make the peach filling first, which can sit on the stove, and then do the biscuits so everything is ready to go into the oven once the biscuits are sliced. The most time consuming step is peeling and slicing the peaches!

This dessert won’t disappoint, just make sure to have some vanilla ice cream on hand. I’m going to keep this recipe in mind for all sorts of fruit cobblers this summer, and maybe even some special occasion breakfasts where I want to really wow the family. If anyone wants to confab in the comments about how we can take this concept and run with it, I’m all ears.

A 10″ cast iron skillet is perfect for this rustic peach cobbler, you can cook and serve right from the pan ~ every kitchen should have one, they’re inexpensive and wear like…iron! 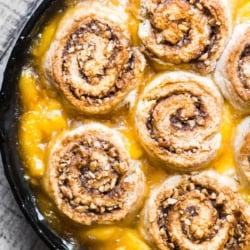 *recipe lightly tweaked from Better Homes & Gardens
Course: Dessert
Cuisine: American
Author: Sue Moran
Keyword: cobbler, dessert, peaches
Nutritional information is provided as a courtesy and is an estimate only. This information comes from online calculators.  Although The View from Great Island attempts to provide accurate nutritional information, these figures are only estimates.
Did You Make This?We love seeing what you’ve made! Tag us on social media at @theviewfromgreatisland for a chance to be featured. 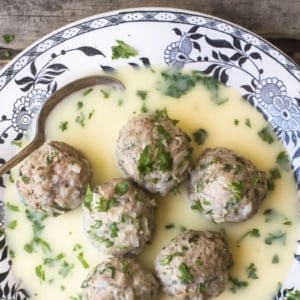 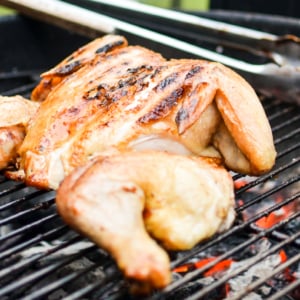 How to Grill a Whole Chicken 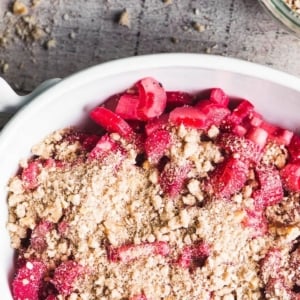 How to Make Any Fruit Crisp Without a Recipe 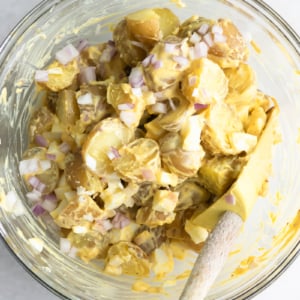