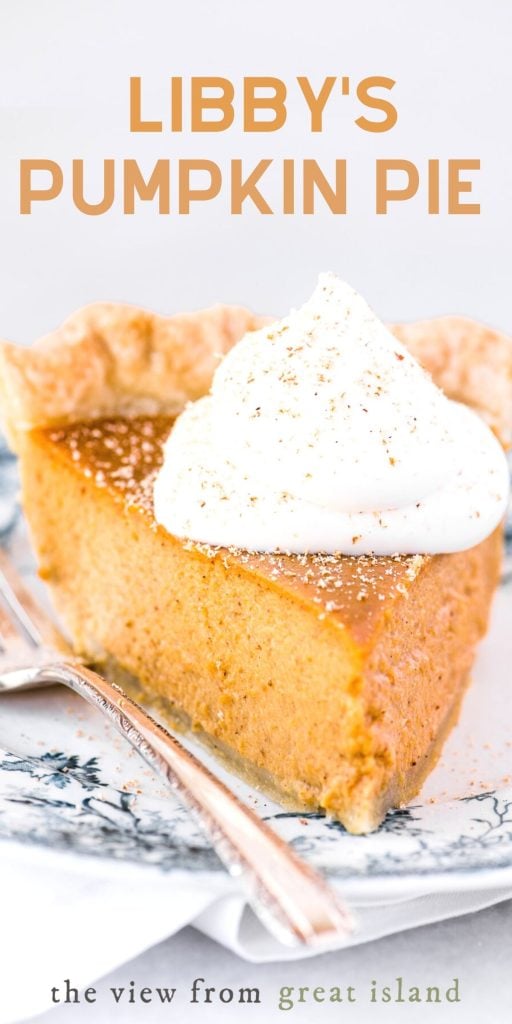 Libby’s pumpkin pie recipe is America’s favorite Thanksgiving pie for generations ~ should you be making it this year? I’m sharing Libby’s recipe, plus everything you need to know to make the best pumpkin pie this season.

Libby’s recently changed their famous pie recipe on the can label, and it was the first change to America’s favorite pie in 75 years! Today I’m comparing Libby’s ‘New Fashioned’ pumpkin pie with Libby’s original pie recipe so you can decide which one is right for your Thanksgiving menu.

I bet Libby’s pumpkin pie recipe from the can label has been the go-to Thanksgiving dessert for most of you reading this post right now. Unless you have a super creative chef in the family most of us fall back on the this classic because, if it ain’t broke, why fix it? Well, Libby’s recently released pumpkin pie 2.0, with the first changes to the beloved recipe in generations. Luckily this traditional from scratch pie is still as easy as ever.

Spoiler alert: I loved it!

what’s so new about the new recipe?

The new recipe omits the 3/4 cup sugar from the original. Another change is that the updated recipe calls for sweetened condensed milk* in addition to the traditional evaporated milk. It increases the cloves by just a smidge. And finally, the new recipe specifies a shorter cooking time by 10 minutes.

*As many readers have mentioned, the new recipe is higher in sugar than the old one because of the addition of sweetened condensed milk which contains 21 grams of sugar.

the difference between evaporated milk and sweetened condensed milk

Both are examples of milk that has had some of the water removed from it so that it’s nice and thick. Evaporated milk is plain milk, just thicker, but about half. It has a slightly ‘canned’ flavor. Sweetened condensed milk is made the same way, but with added sugar so the final product is 55% sugar. It’s important to note that they are not interchangeable in recipes!

It’s funny that this is the first pumpkin pie recipe on the blog, even though I adore pumpkin and have about a gazillion pumpkin recipes in the archives. I’m glad I started out with the classic, but this one has got me inspired to try more variations.

can you make Libby’s pumpkin pie ahead?

Yes, that’s just what I did. But I don’t make the whole pie and stash it in the fridge, that will create a soggy pie. Here’s how I do it:

can I use a ready-made or frozen pie crust?

Of course! Because the Libby’s pie is so easy, I figured I had to save face and make my own crust, but you can totally use a frozen or refrigerated crust from the supermarket. Be aware that Libby’s specifies a deep dish to accommodate the amount of filling so you’ll need a truly deep dish pie crust to avoid overflows.

TIP: If you use a frozen crust, don’t thaw it, use it straight from frozen.

can I pre-bake the crust?

Libby’s does not recommend pre-baking (or blind baking) your pie crust but you certainly can. Sally’s Baking Addiction has a good tutorial for blind baking crusts. You’ll basically par bake your crust using pie weights. Then remove the weights, prick the bottom of the crust, and finish baking without the weights. You can then go ahead and add your filling and bake your pie as per your recipe.

how long to cook pumpkin pie?

how can I check my pie without sticking a knife in it?

I hate the idea of poking into my perfect creamy pie, especially when I’m going to be serving to guests, so here are a few alternative methods for checking for doneness…

how long to let pumpkin pie cool before serving

can pumpkin pie be left out on the counter overnight?

can I freeze pumpkin pie?

*This is not sponsored, and I’m not affiliated with Libby’s in any way, but the pie is super yummy 🙂 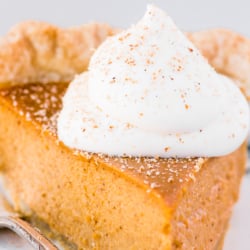 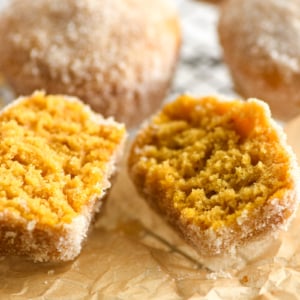 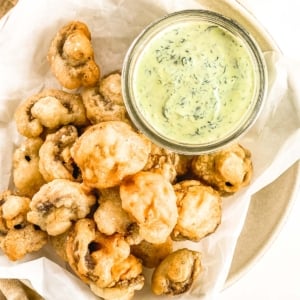 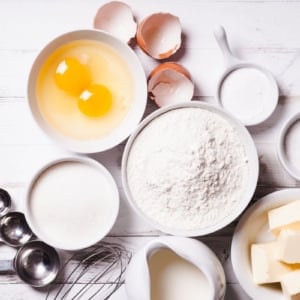 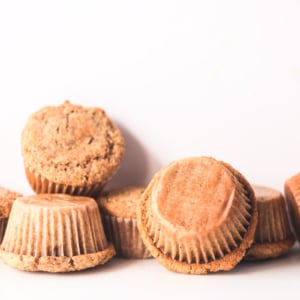