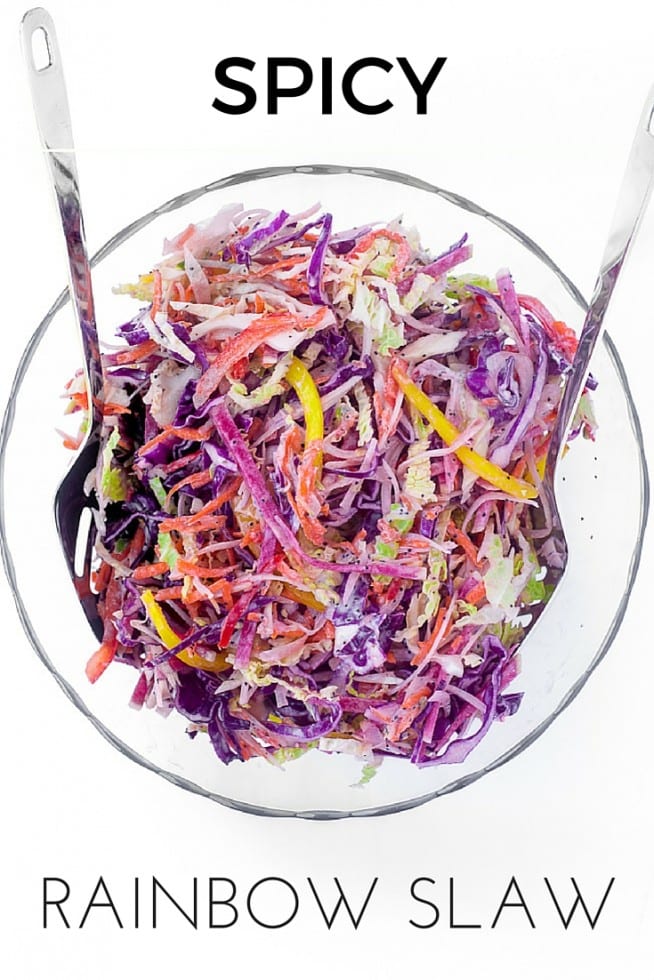 This healthy Spicy Rainbow Slaw with a tangy lemon yogurt dressing is made with red and green cabbage, bell peppers, watermelon radishes, jicama, and a touch of jalapeno complements any summer meal — it’s cooling, crunchy, and crazy colorful! 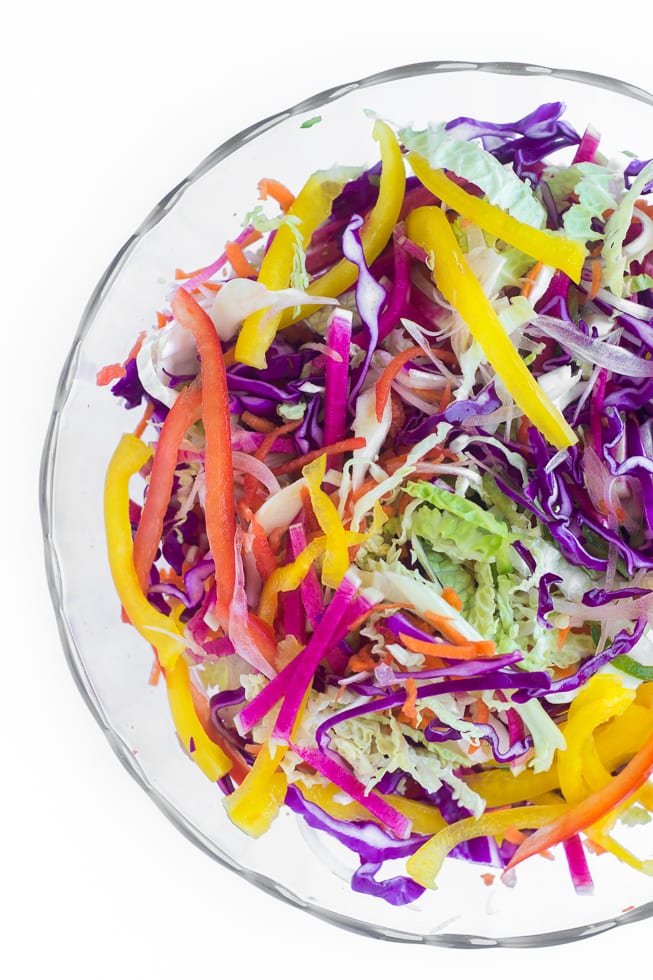 I adore coleslaw — it’s right up there with salsa as one of the most perfect foods, especially in hot weather. It’s as healthy as it is versatile, and I think it adds that perfect touch to so many summer classics, from hot dogs and burgers to fish tacos and grilled kabobs. I had a bit of fun with this one, hunting down the most day-glo veggies I could find for a rainbow effect.

Every batch will be a different color scheme, depending on what you find at your store or farmer’s market! 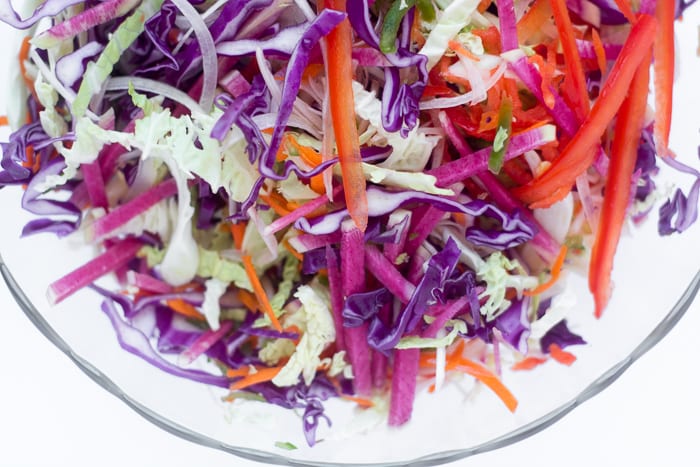 I employed a combination of shredding techniques depending on the particular veggies. I used my food processor with the slicing blade for some (red cabbage) and the shredding blade for others (carrots, jicama.)  I used a sharp knife to finely shred my Savoy cabbage, watermelon radishes, and peppers. I used my mandoline slicer to get ultra thin slices of onion. You don’t need to use all these methods, a good sharp knife will do the trick for everything too.

TIP:  Veggies that contain a lot of moisture, like onions or peppers, are better thinly sliced than grated. Grating releases too much water and makes them mushy. 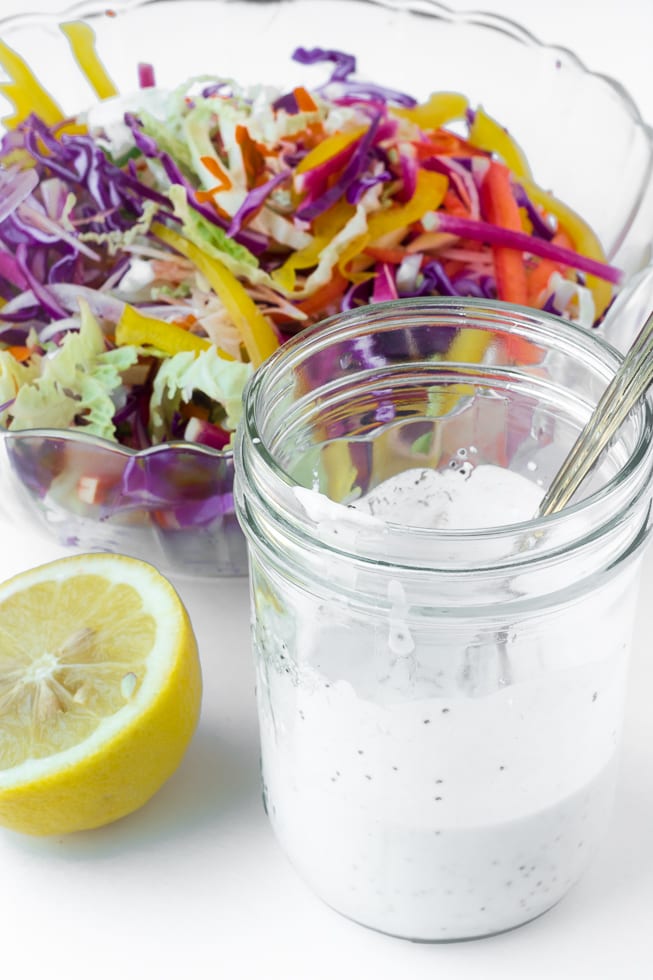 My dressing is a combination of yogurt, buttermilk, lemon, and poppy seeds. It’s skinny, tangy, and delicious.

TIP:  Add a bit of celery seed to the salad for a classic coleslaw flavor. 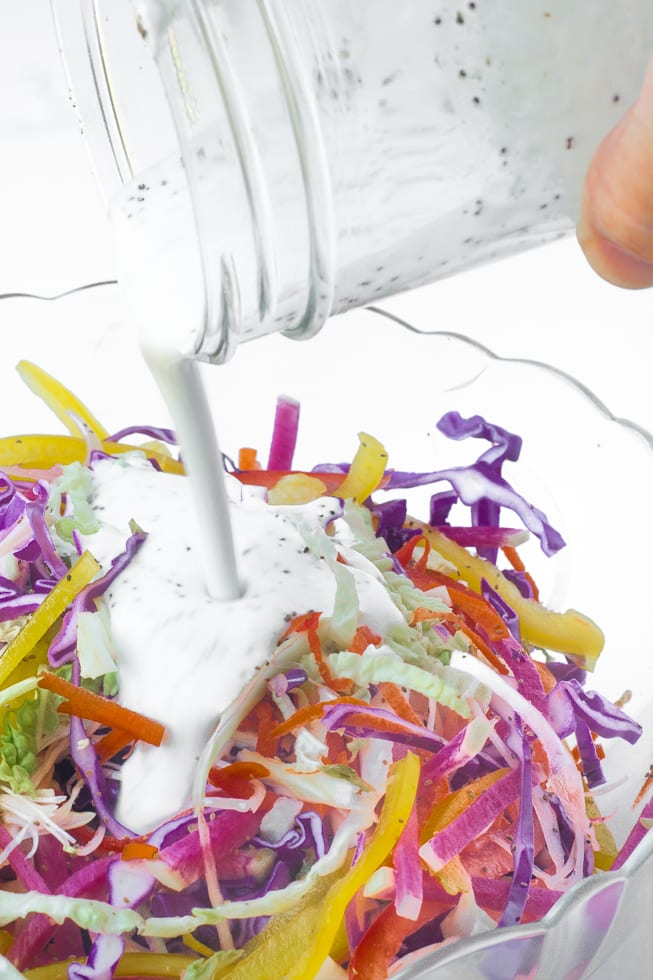 I’m highly recommending this slaw, I brought it to a barbecue yesterday and everybody raved. The bright pink watermelon radish was especially intriguing.

TIP:  Stay away from red beets in this slaw. While they’re delicious and can certainly be shredded and eaten raw, they will bleed their color and turn the salad into a uniform shade of pink. If you want to use beets, use a golden, or chioga variety instead. 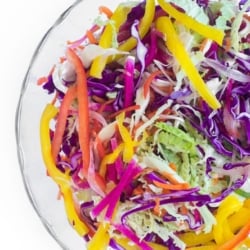 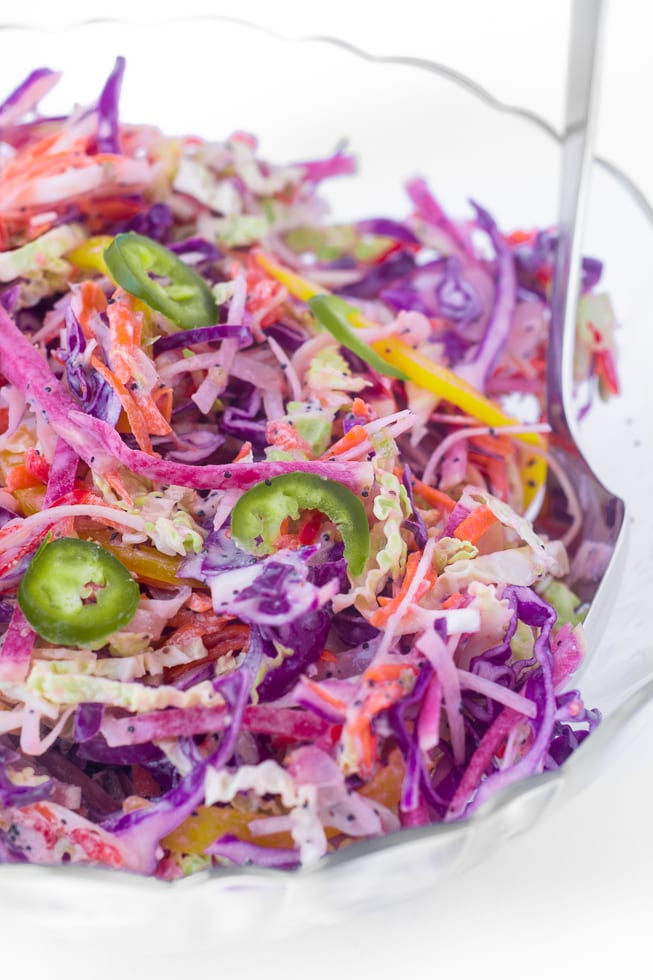 used in this post…(the photos are clickable) 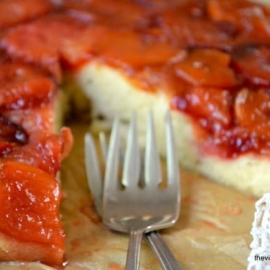 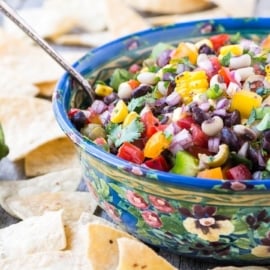 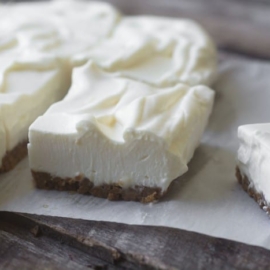 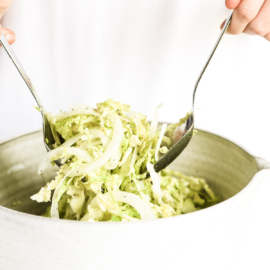