The Ultimate Plant Based Burger Taste-Off! 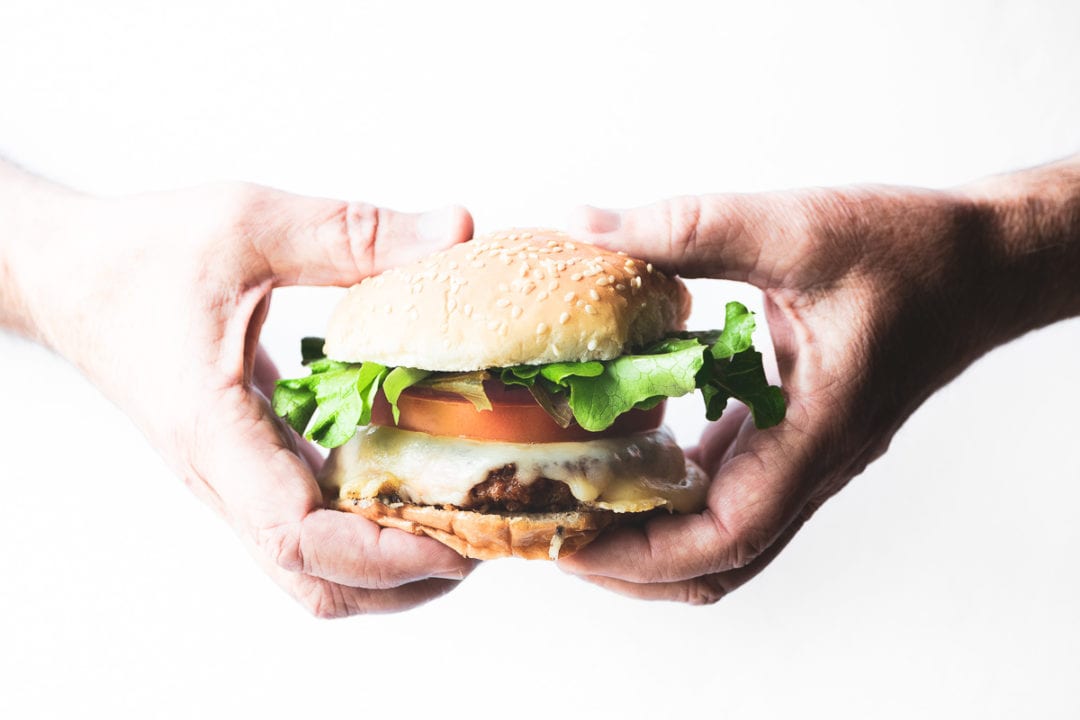 The Ultimate Plant Based Burger Taste-Off! We ate meatless burgers for a week to review the Beyond Burger and 12 other popular veggie burgers. Vegan meat is the hottest trend this summer ~ and the only thing that separates you from a great plant based burger is a great taste test. How do they all stack up? Read on for the results!

The Beyond Burger at Carls Jr, an Impossible Whopper at Burger King… meatless burgers are finally catching on, in a big way. I’ve been singing the praises of veggie burgers for years here on the blog, in fact one of my very earliest posts was about the soy burgers I learned to make while working in a restaurant in college. I’ve been waiting for this for years…but you have to be careful what you wish for.

I adore veggie burgers, but what about ‘fake meat’? There’s an important difference!

Vegan meat, or imitation meat that’s made to look, feel, and act like raw beef, is having a moment right now. Investors are lining up, restaurants are racing to put it on their menus, and everybody’s talking about it. But there are lots of other meatless burger options to explore besides the Impossible Burger and Beyond Meat. We taste tested different brands and types of veggie burgers that we shopped for locally here in Los Angles. We’re going to delve into the specifics and hopefully come up with a surefire winner or two for all your summer grilling. 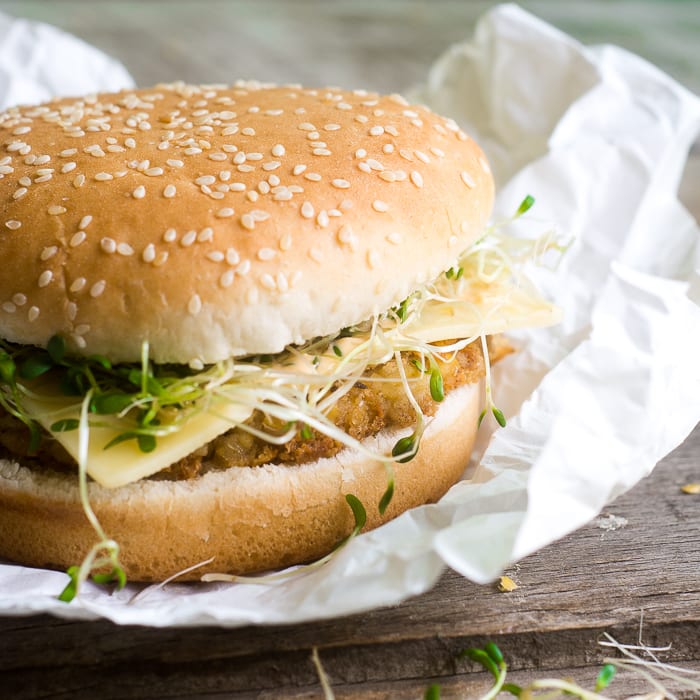 There are 3 ways to enjoy veggie burgers ~ 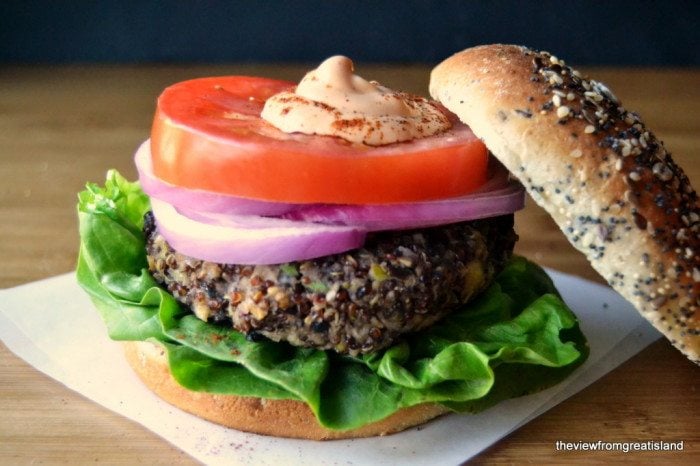 The plant based burger patties we tested ~

Note: Beyond Meat is sold fresh, the rest are sold frozen. The photos below are of the uncooked burgers. 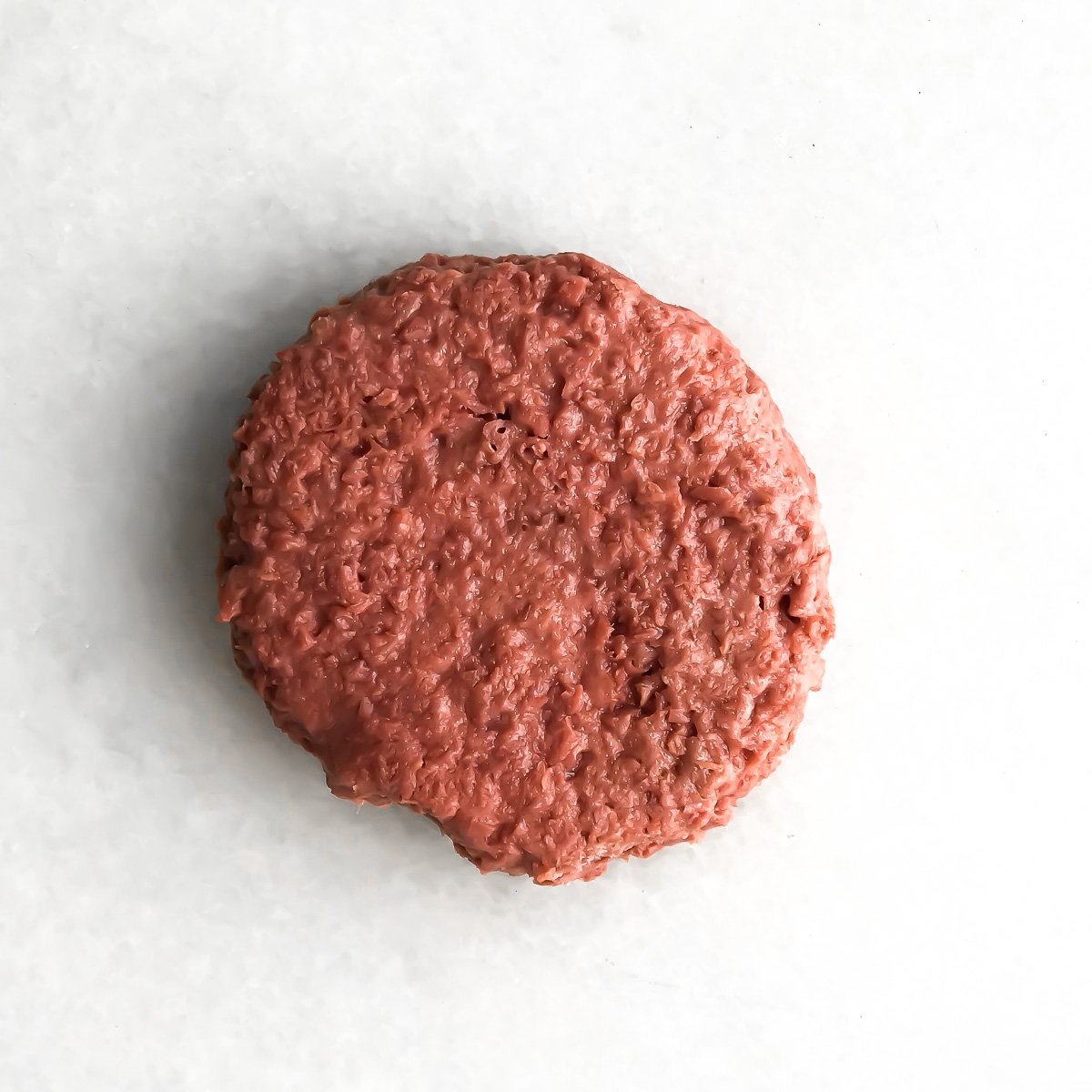 The Beyond Burger  (vegan, soy and gluten free)

Beyond Meat is not lab grown, it’s made entirely from plants, and it sure does look like red meat. But I’m going to be honest and admit right up front that I have a prejudice against the whole idea of mimicking raw ground meat, so the fresh Beyond Meat patty didn’t appeal to me at all. In fact, full disclosure, I couldn’t bring myself to taste it, that’s how visceral my reaction was. Grant tasted this one for both of us.

Beyond Meat is made mostly of pea protein isolate and coconut oil. The burger mimics the bleed of raw meet with beet juice, and is sometimes called the ‘bleeding burger’. The package states that even when fully cooked the inside will remain pinkish-red.

Takeaway: I think it depends on how infatuated you are with red meat. I found it off-putting   Grant said it had the perfect taste, texture, and ‘chew’ of a great burger. We couldn’t be more split on this one, but if you’re a die hard carnivore, definitely try this one. 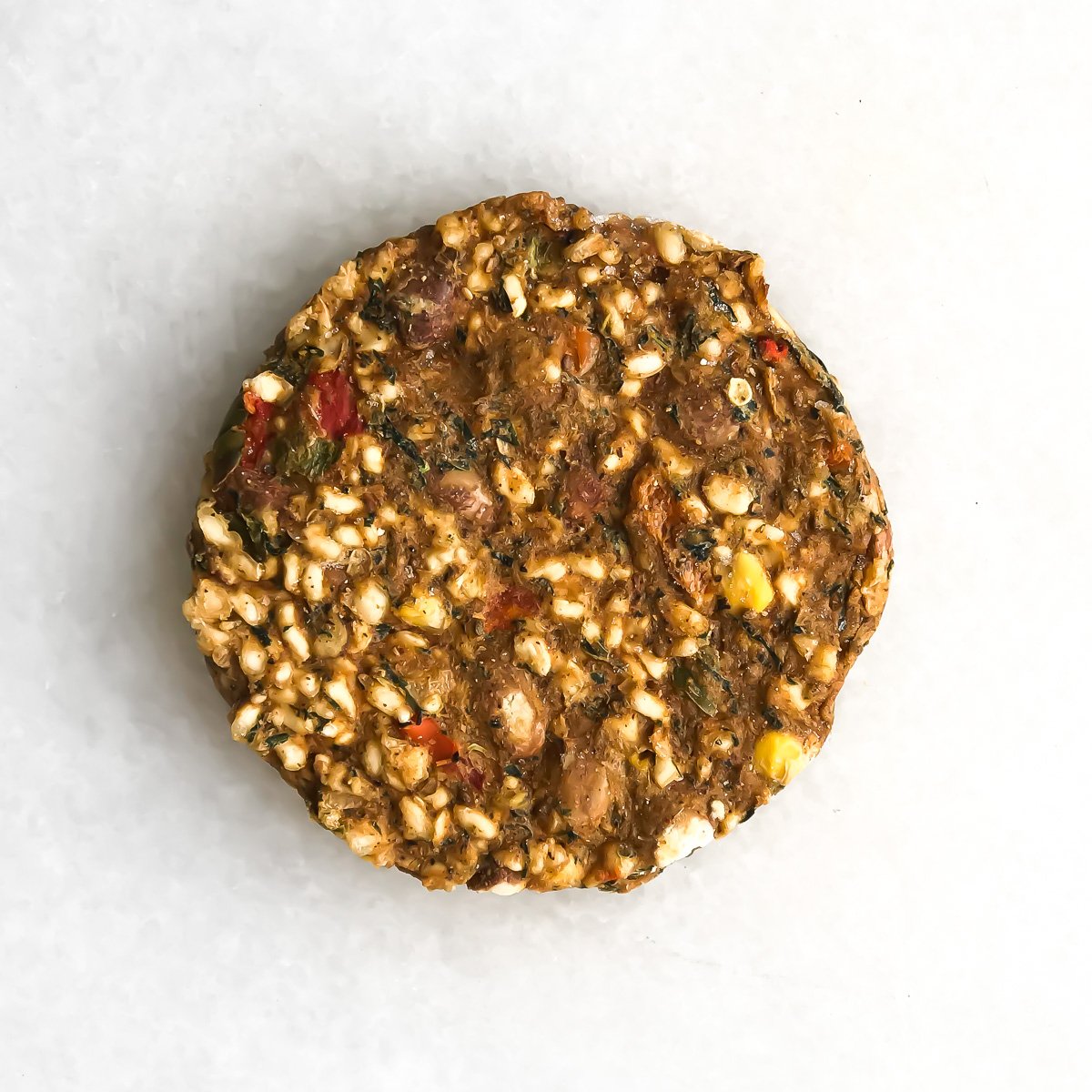 This burger picked up points in the looks department. For me it was the most appealing visually, even in its frozen state. I liked that I could see different ingredients clearly, even some fresh herbs! I like that it tells me what’s in it right in the name, and it looked the most like something I would make myself from scratch.

Takeaway: it was disappointing. After I grilled this one up, added a slab of nice Swiss cheese, thinly sliced red onion, ripe tomato, and lettuce on a brioche bun, the burger itself was squishy and fell apart with each bite. 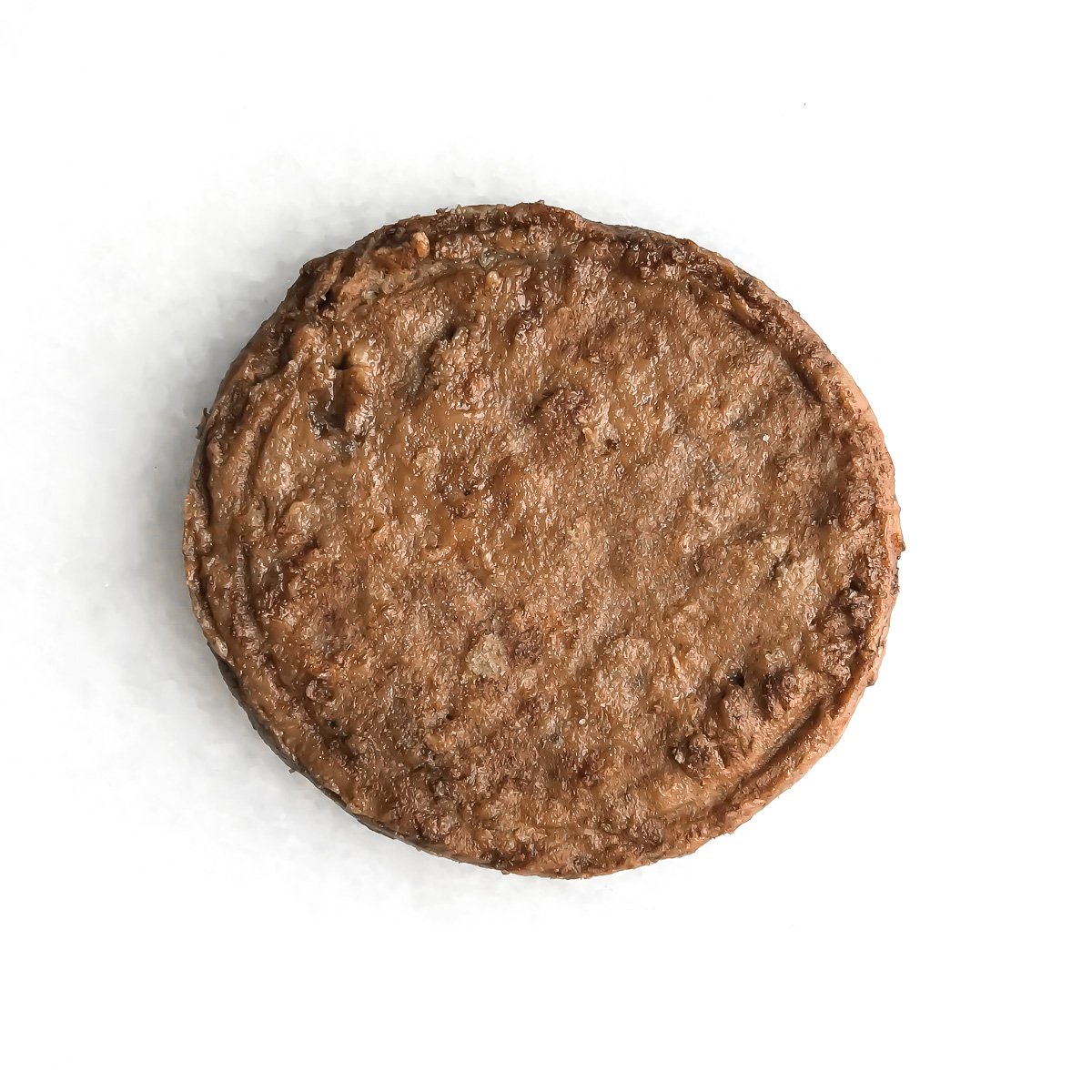 Not much of a looker, that’s for sure, but then again, that’s not the point. After we cooked it up in the cast iron skillet for about 4 minutes per side, it looked almost identical to a fast food burger. It even had a juicy sheen to it. We both agreed the flavor and texture was very ‘burger-y’ ~ and mimicked a fast food burger very well. The flavor was surprisingly meaty without any artificial taste or identifiable added spice. It actually tasted like it was grilled up on a barbecue.

Takeaway: this one is definitely worth a try if you love a classic fast food burger. 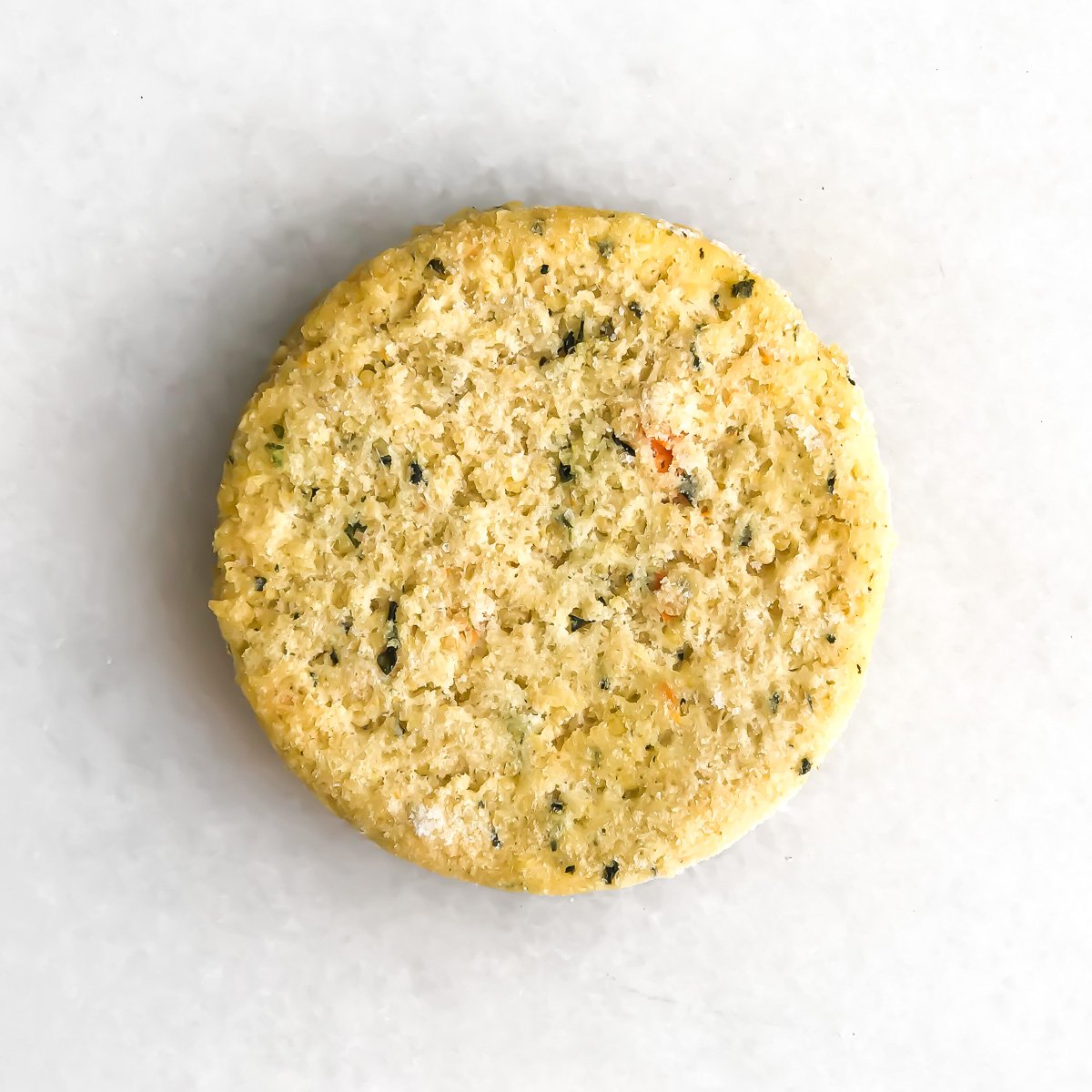 This was the palest of the burgers, with a somewhat spongy texture. The flavor wasn’t there. This was a pass for both of us.

Takeaway: skip this one! 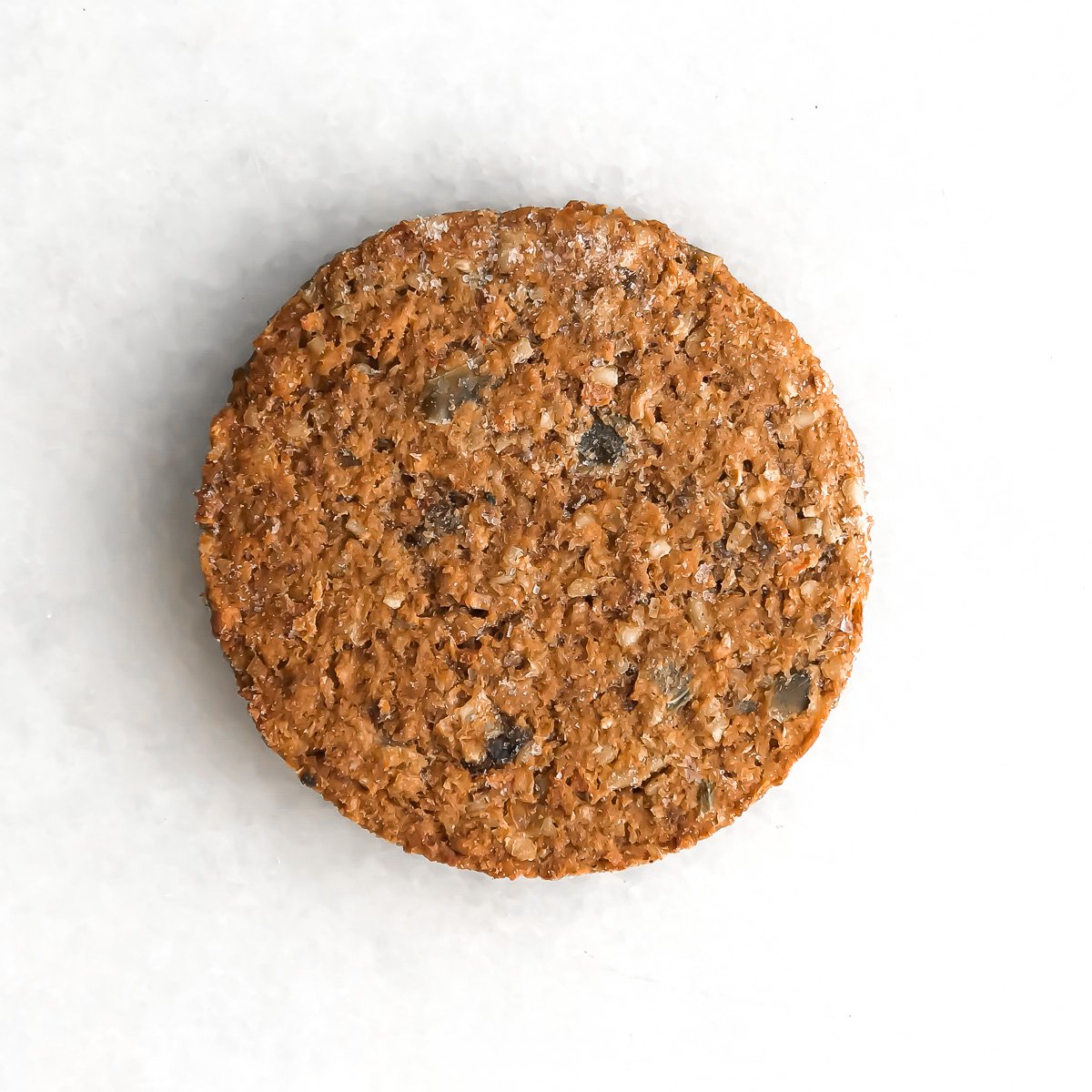 Amy’s is a favorite brand of mine, I trust the quality of their ingredients, so I was interested to test their veggie burgers. The All American burger had a good firm texture, and a hint of chili spice.

Takeaway: a good firm textured veggie burger that held together well, with a definite Southwestern spice. 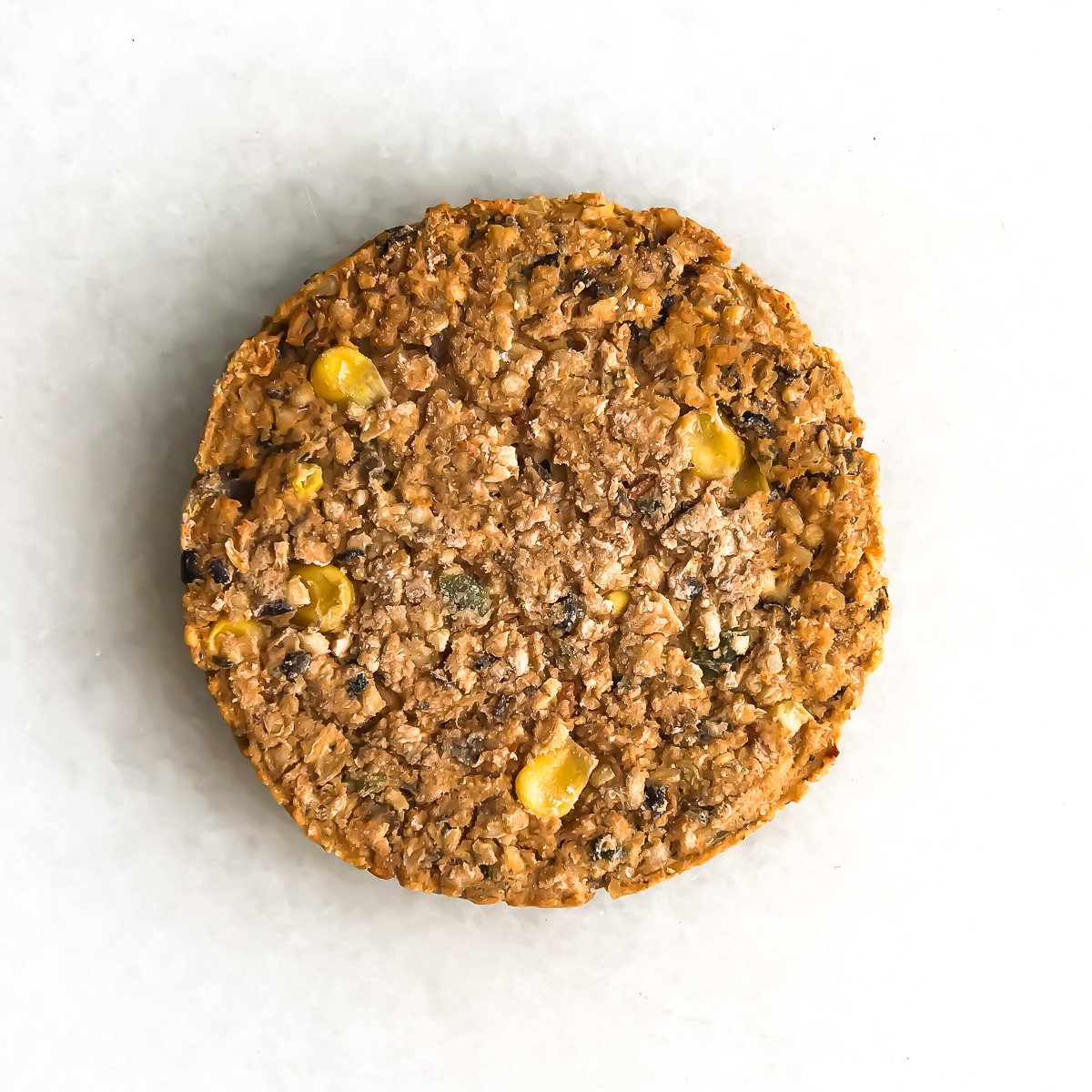 This one was nice, but sort of run of the mill. It had too many competing flavors for me. If you like a spicy burger, with clear chunks of mushroom, black bean and corn, you might prefer it. The flavors are pleasant, but definitely more assertive than a regular burger would be.

Takeaway: Amy’s is known for recipes with this flavor profile, and they do it well. This burger had a looser, chunkier texture than the other two Amy’s that I tested. I’d consider it more of a vegetable fritter. 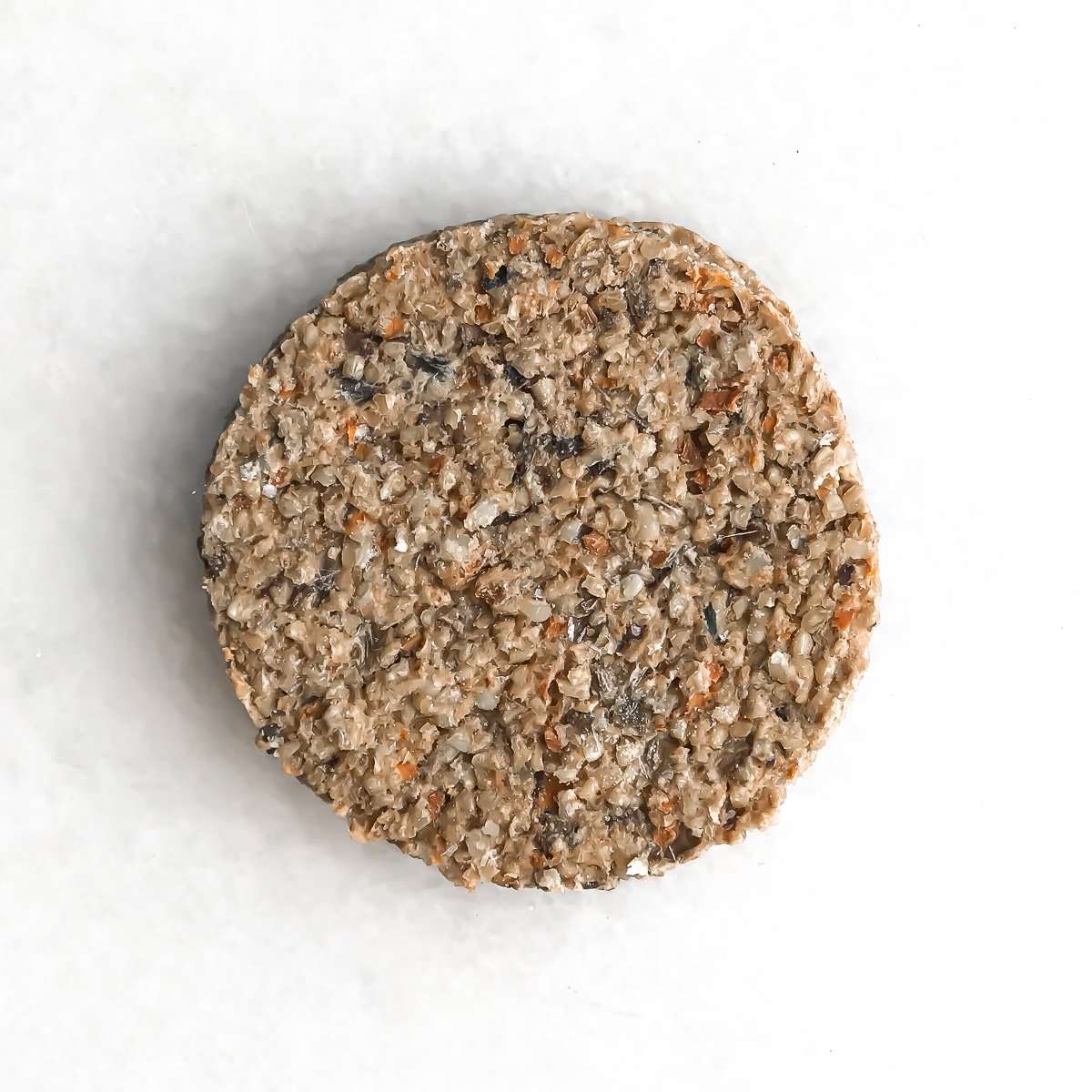 Grant and I agreed that this burger as the closest to tasting and feeling like a regular burger among the Amy’s selection. It didn’t have any overwhelming spice or flavor to compete with the ‘burger’ vibe, and had the shortest ingredient list of the 3 other Amy’s products, which I like. The texture was relatively firm and the exterior crisped up nicely.

Takeaway: a nice all around meatless burger made with simple natural ingredients. The texture was firm and ‘meaty’ and held together well while cooking. No strong flavors to detract from the ‘burger’ vibe. This was the most like a beef burger of all the Amy’s. 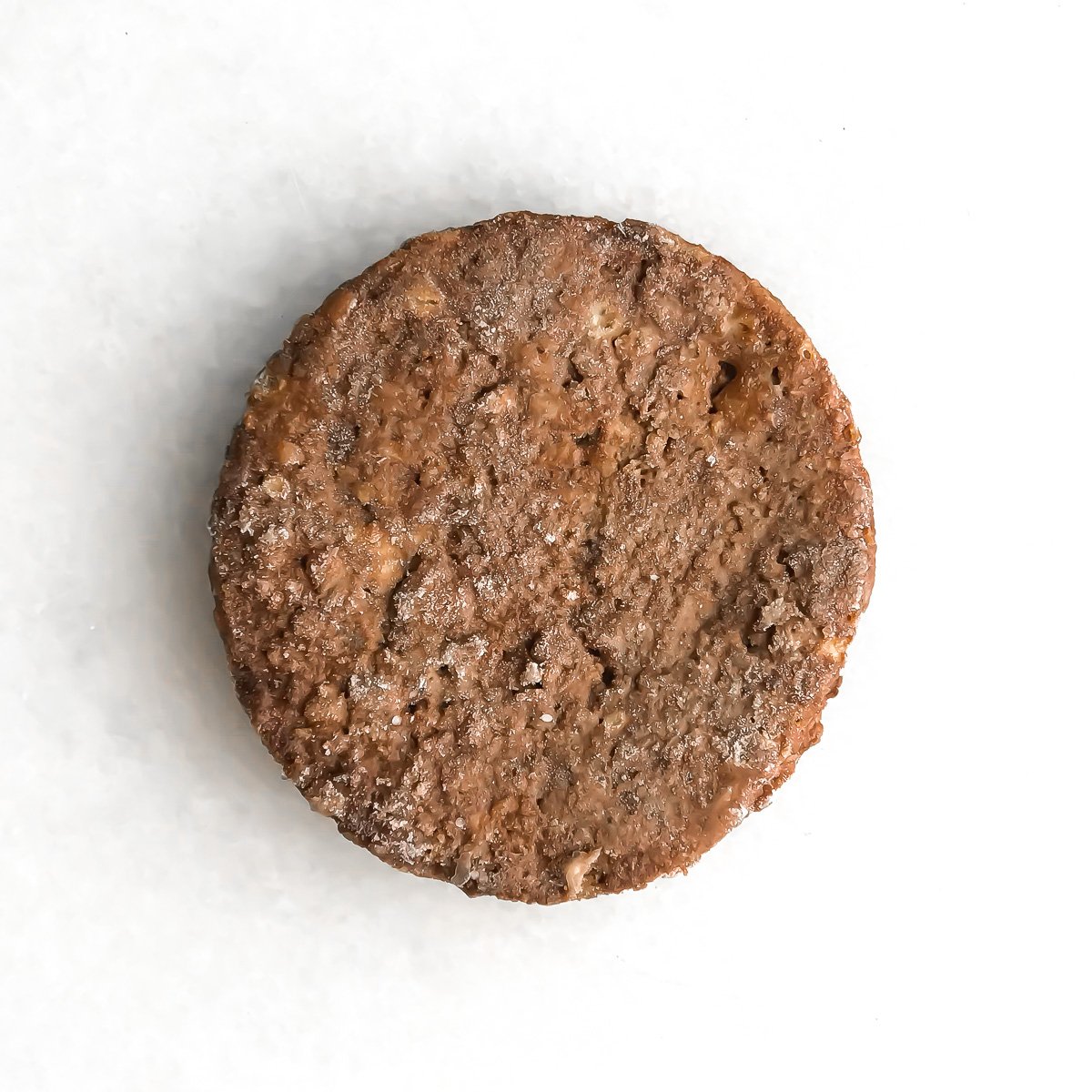 Boca is the original and probably the most recognizable name in veggie burgers previous to this new wave. After it cooked up it had the look of a beef burger. It had good flavor, but for me the texture was just a little bit more grainy than the similar Gardein burger. Still good though, for sure. We both liked it a lot.

Takeaway: this is a good one to try if you like fast food style beef burgers. It had a meat vibe rather than a veggie vibe. 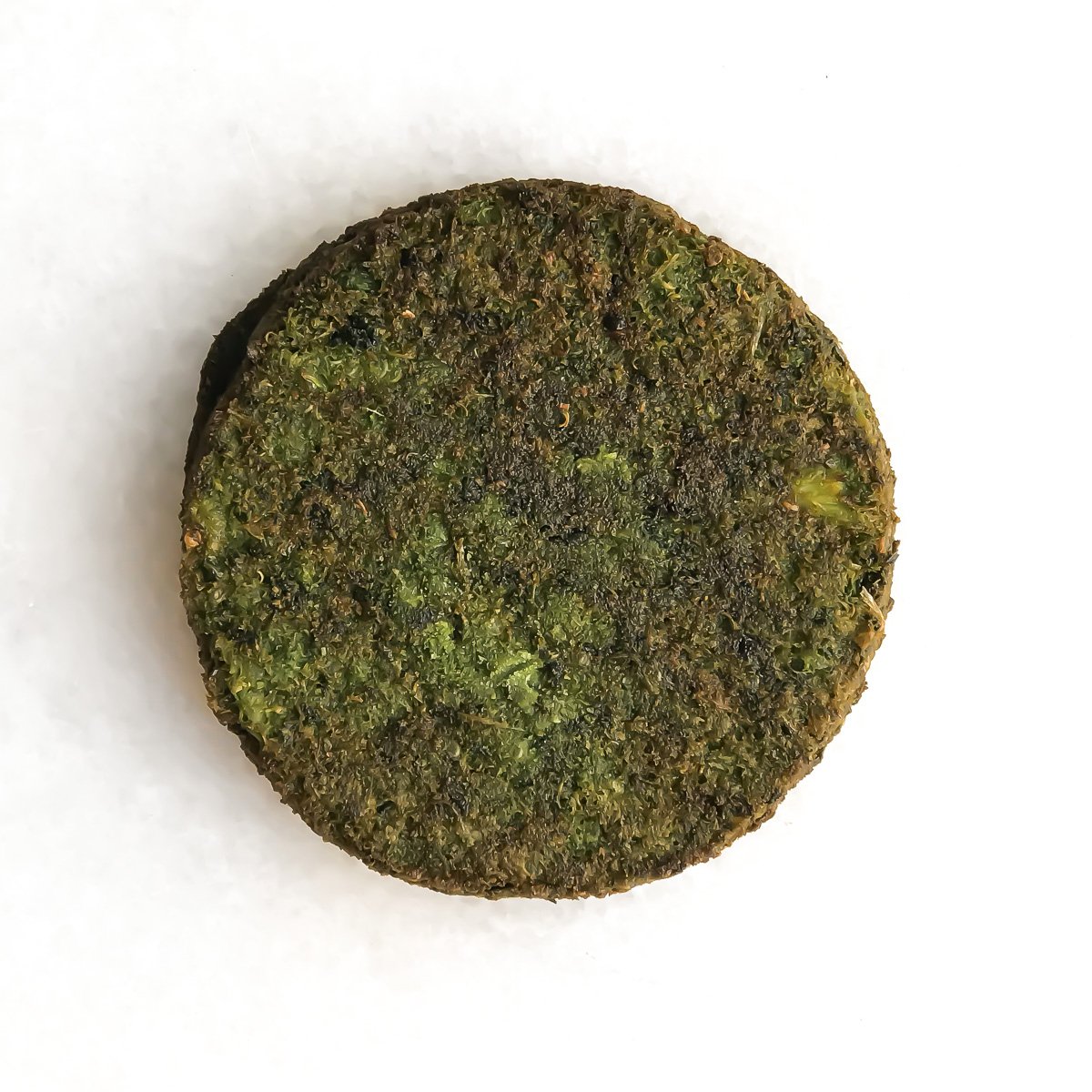 I have to admit, the mossy green exterior did put me off a bit…not sure that’s what I’m looking for in a burger. We were both taken aback by how soft and squishy this patty was after it cooked…it had a creamed spinach type of consistency. It did have nice flavor, though, and was an appealing bright green inside. The ingredient list was clean and all natural. I could see using it as a base for eggs. 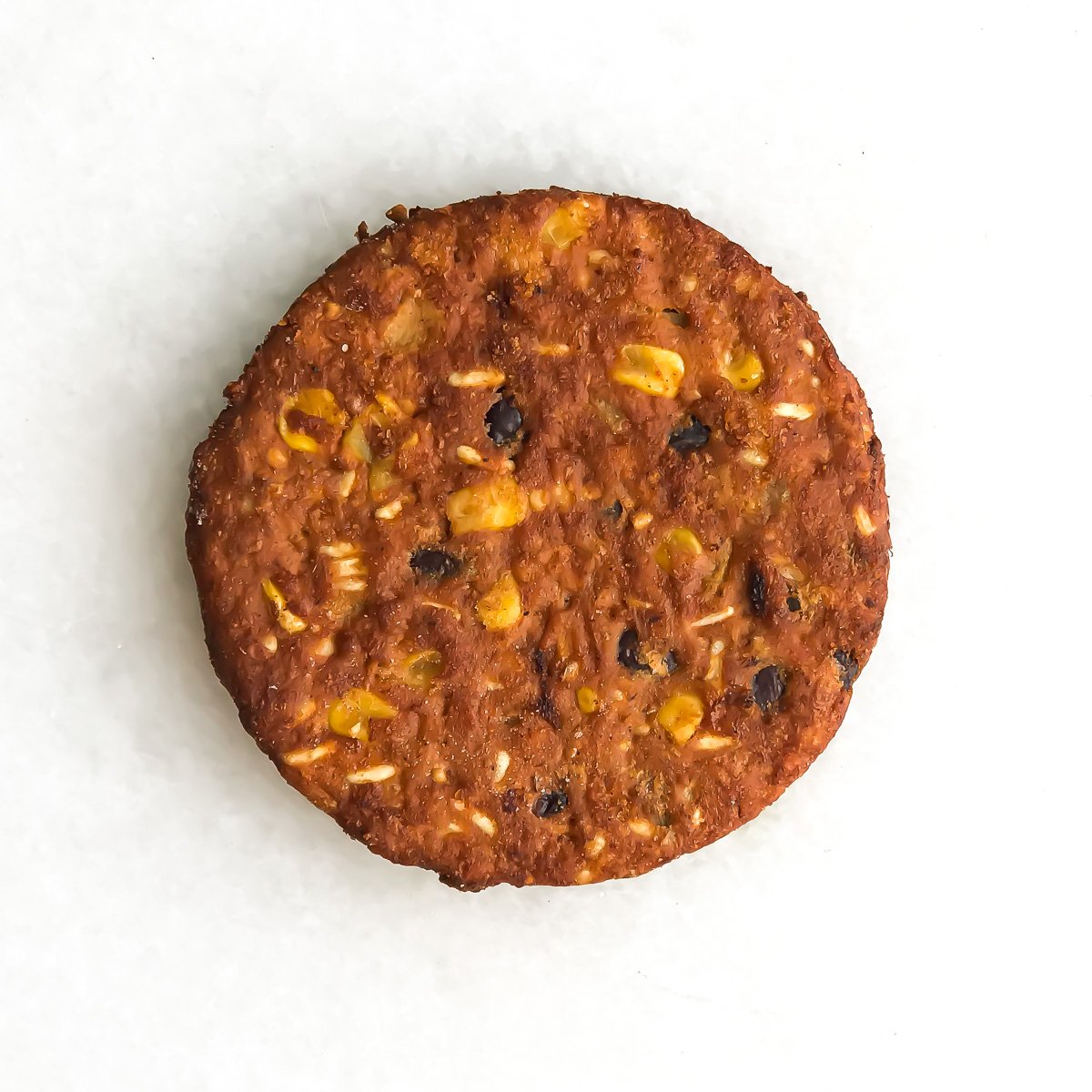 This one was interesting…it had a nice spicy Southwest type of flavor, and lots of texture with the beans and corn. It doesn’t mimic beef, but it’s an interesting patty. It wasn’t mushy, which is good.

Takeaway: if you aren’t looking for imitation beef, this makes a good spicy veggie burger with a south of the border vibe. Not mushy. 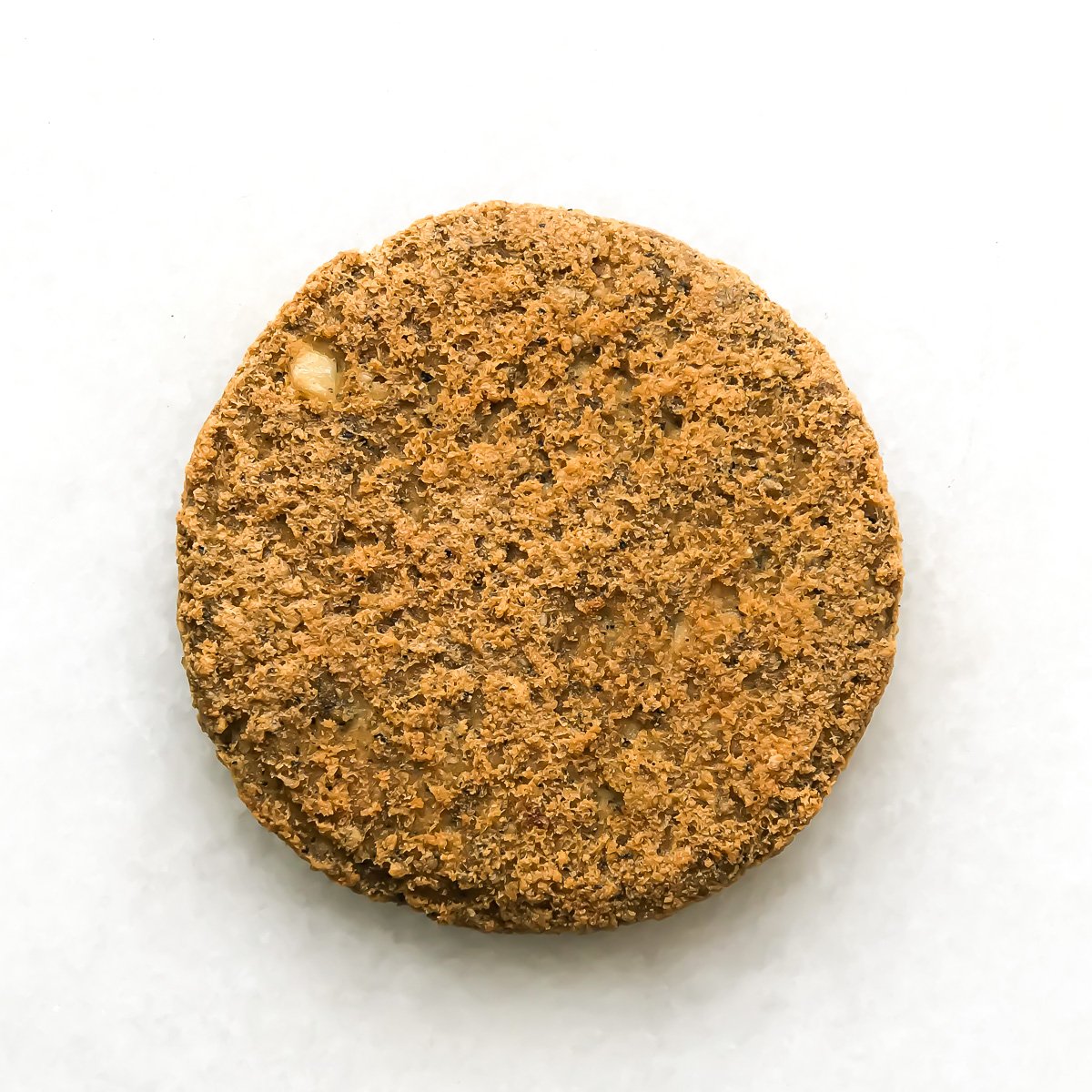 This burger had nice flavor, and seemed very burger-ish. The only drawback? The dreaded mushy interior. Not terrible, though, and it bothered my husband more than it did me. I liked that it developed a little bit of a crisp crust as it cooked.

Takeaway: in the running as a good all around meatless burger, but a little mushy. Helps to cook it thoroughly so it crisps on the outside. 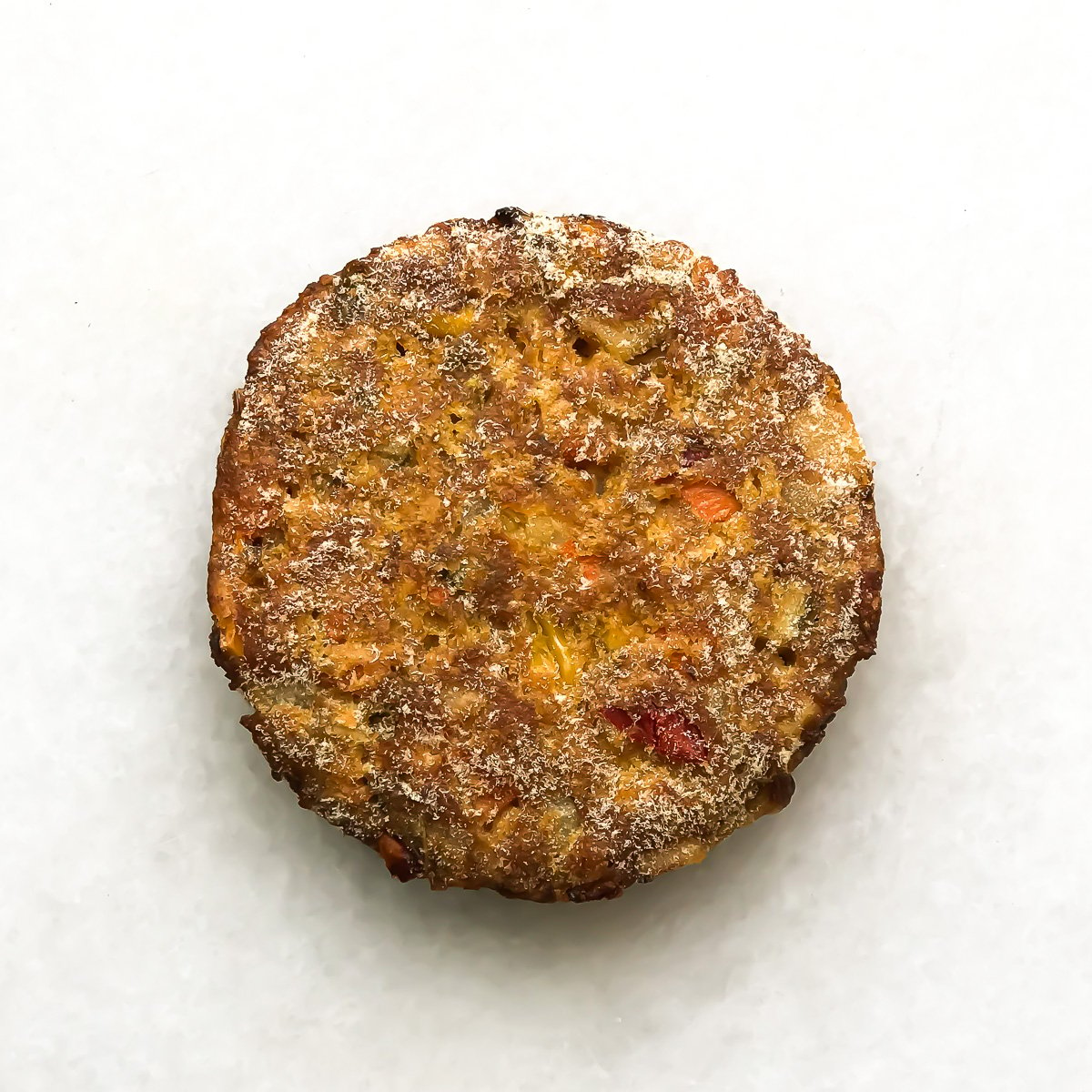 This got thumbs up from us, but interestingly, not as a burger. We think they’d be great for breakfast, with an egg on top. The flavor had a nice hit of curry, and lots of nice texture, but we thought it was a little too potato-heavy to be good on a bun.

Takeaway: flavor and texture was excellent, but better for breakfast or brinner with eggs. 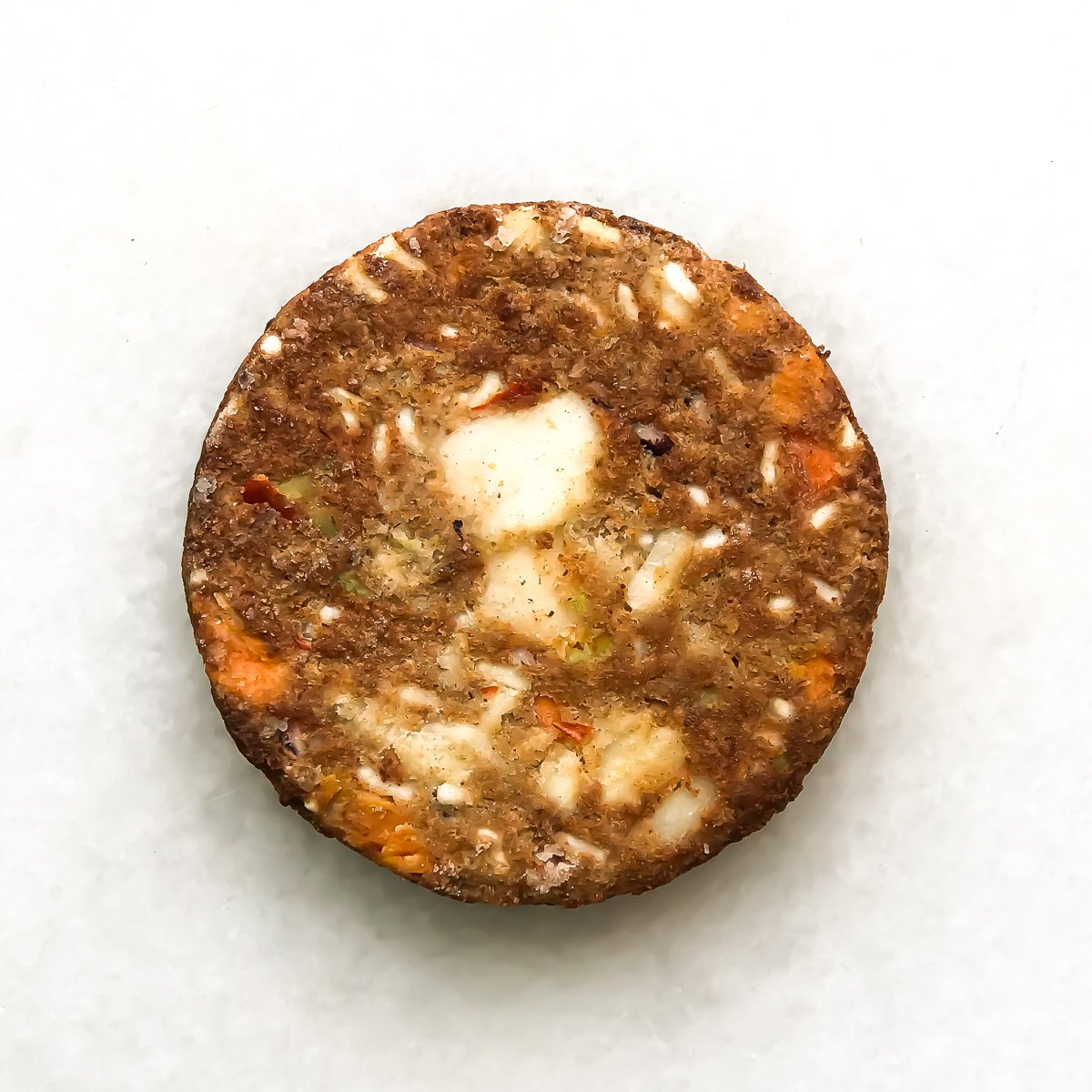 This one had the same problem as the previous TJs patty: delicious, just not as a burger on a bun. It would make a lovely breakfast or brinner with eggs, which is how I’m going to finish out the box. Think of it as super seasoned and crispy hash browns.

Takeaway: potato is not an ideal ingredient for a burger meant to be eaten on a bun, this was too starchy to be a burger. 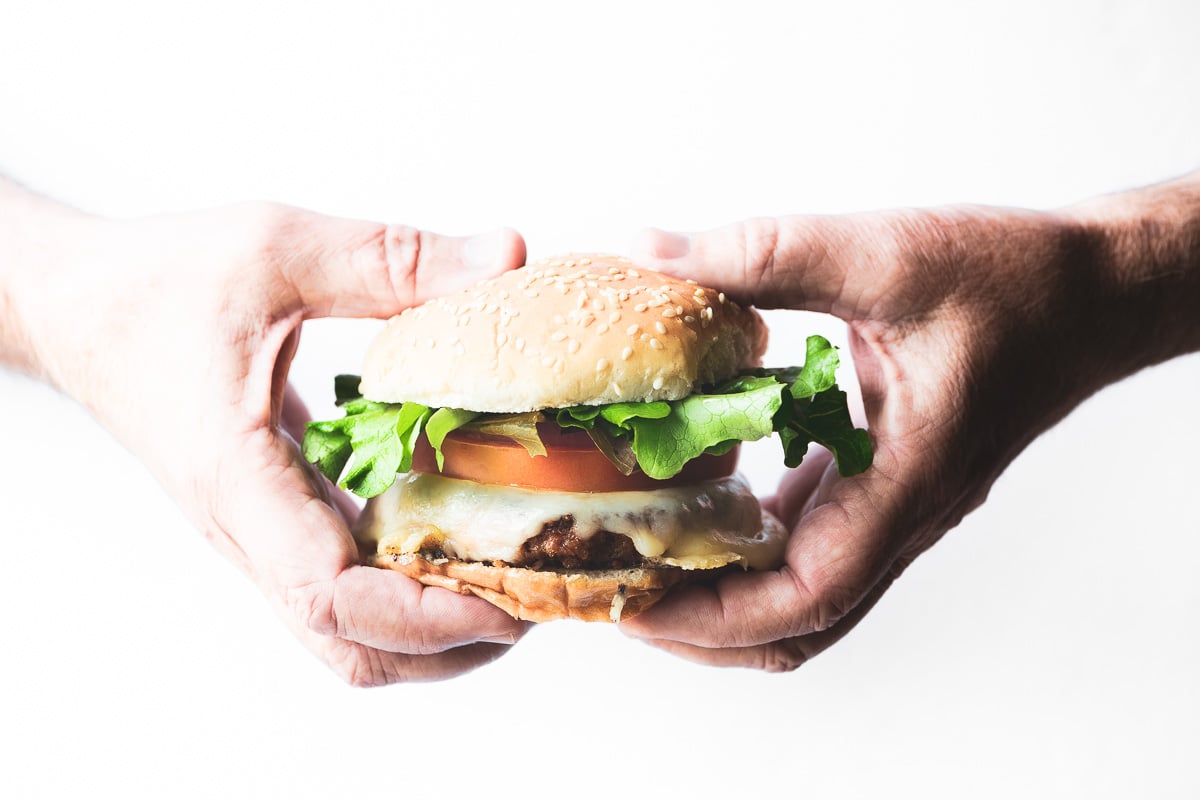 If you’re craving a McDonald’s style burger but don’t want the meat and all the baggage that comes with it, this one is a great substitute. Definitely stock up for your next barbecue to share it with friends. The more we can all embrace meatless meals, at least some of the time, the better 🙂 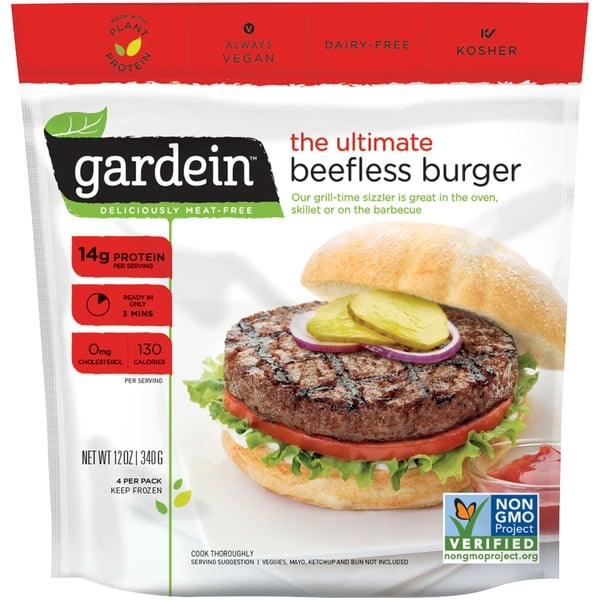 He said:  Beyond Meat, The Beyond Burger

The first words out of his mouth after one bite “I don’t ever need to have another beef burger again, I love this!” He loved the texture, the flavor, and everything about this burger. He asked me to buy it from now on. 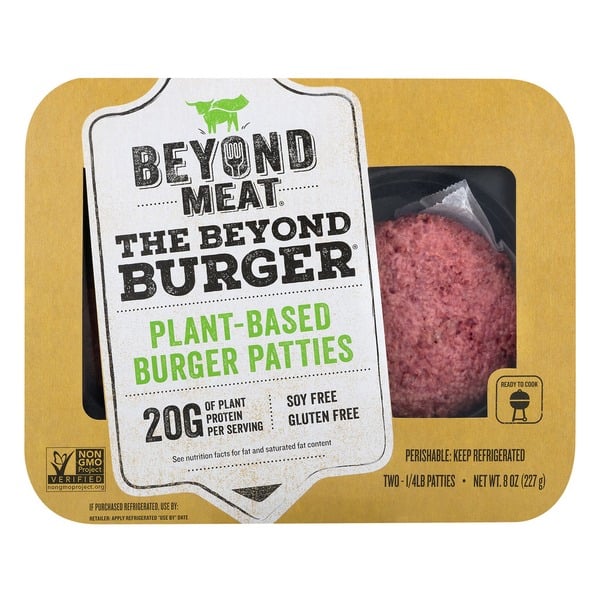 Where to find Beyond Meat and Gardein burgers ~ 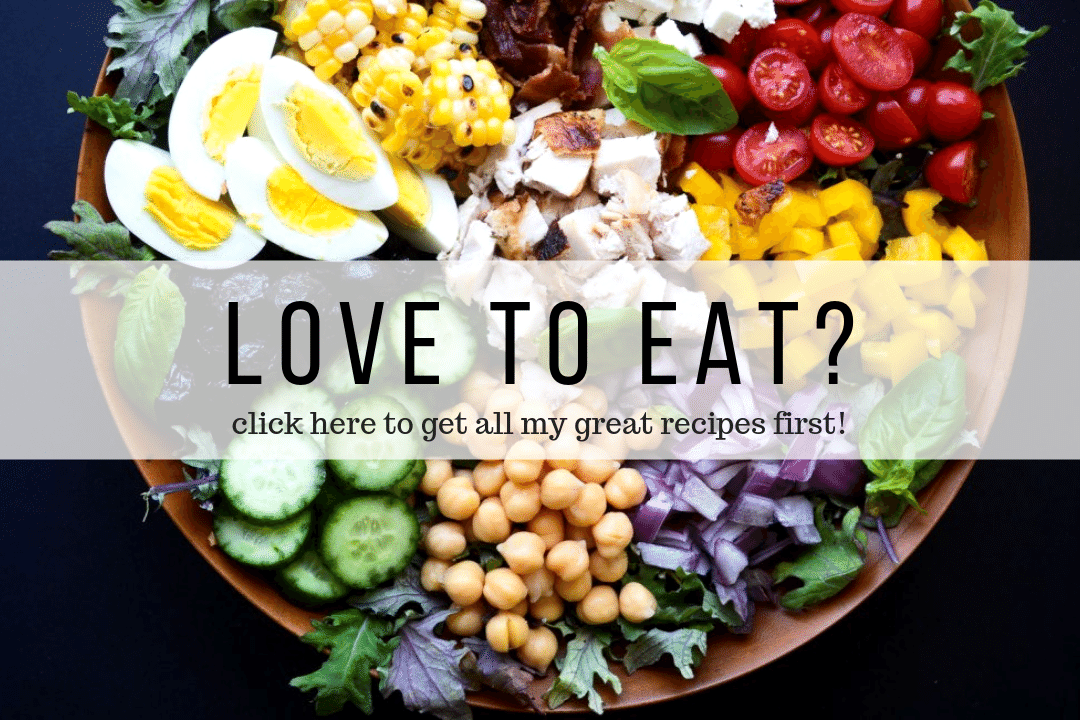 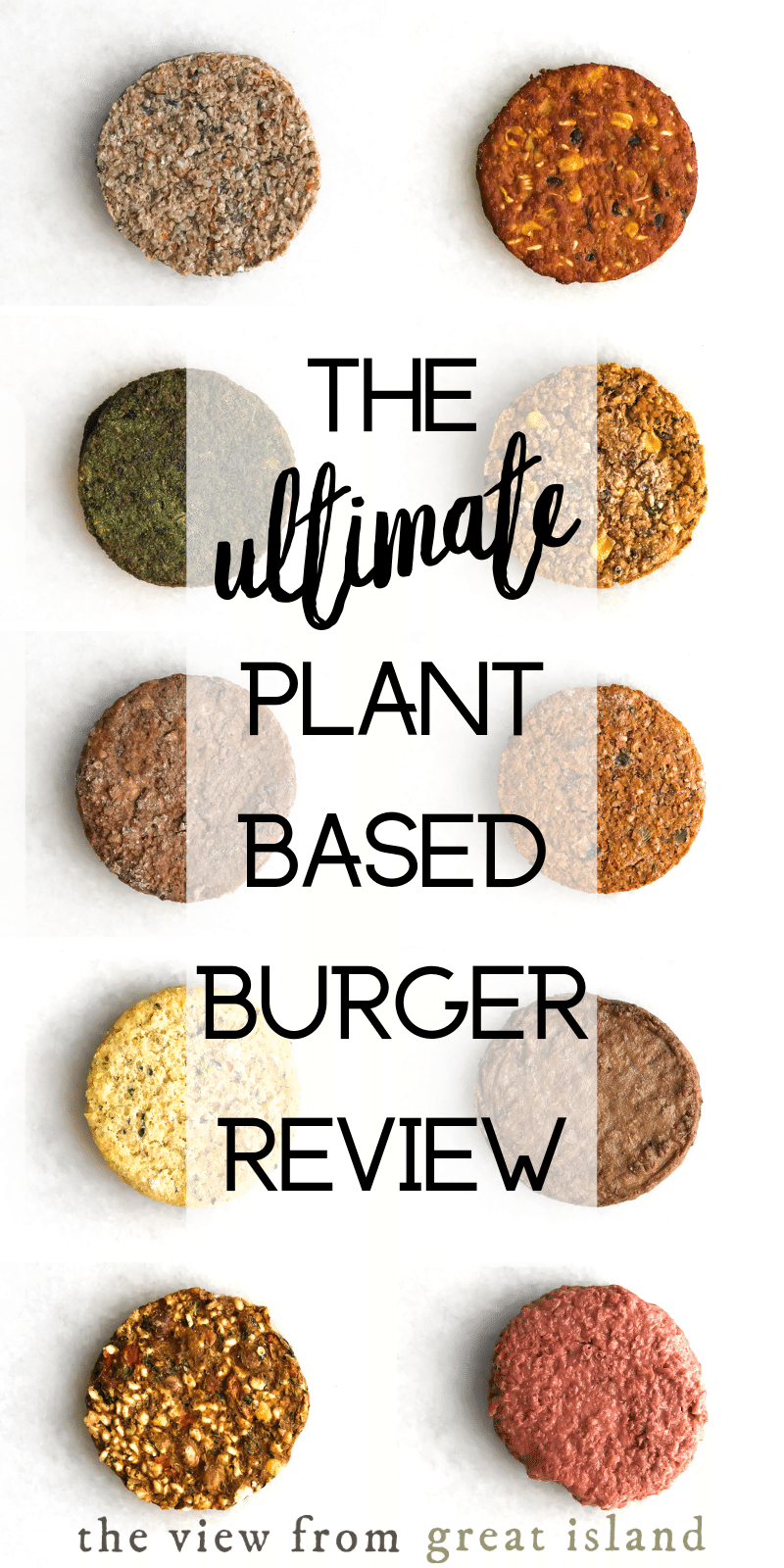 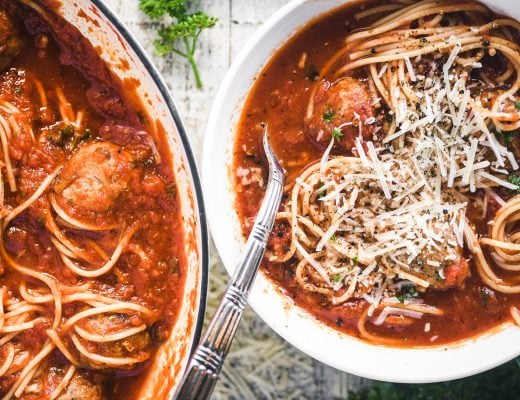 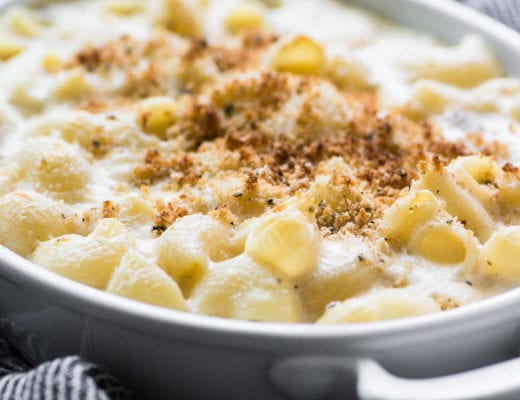 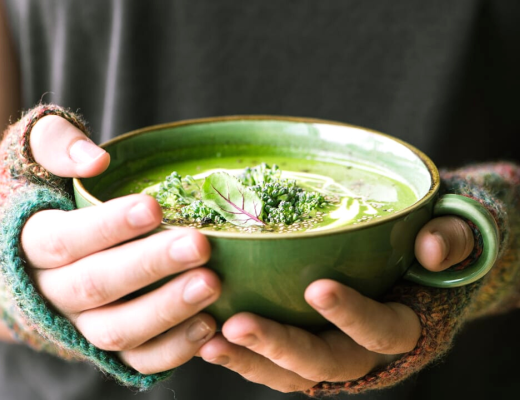 How to Eat for Beauty with 8 Essential Nutrients!