Ballymaloe No Churn Vanilla Ice Cream ~ this classic vanilla ice cream recipe from Darina Allen is a dream come true for anyone who craves a homemade ice cream experience but lacks the fancy machine ~ her unusual no churn technique is life changing! 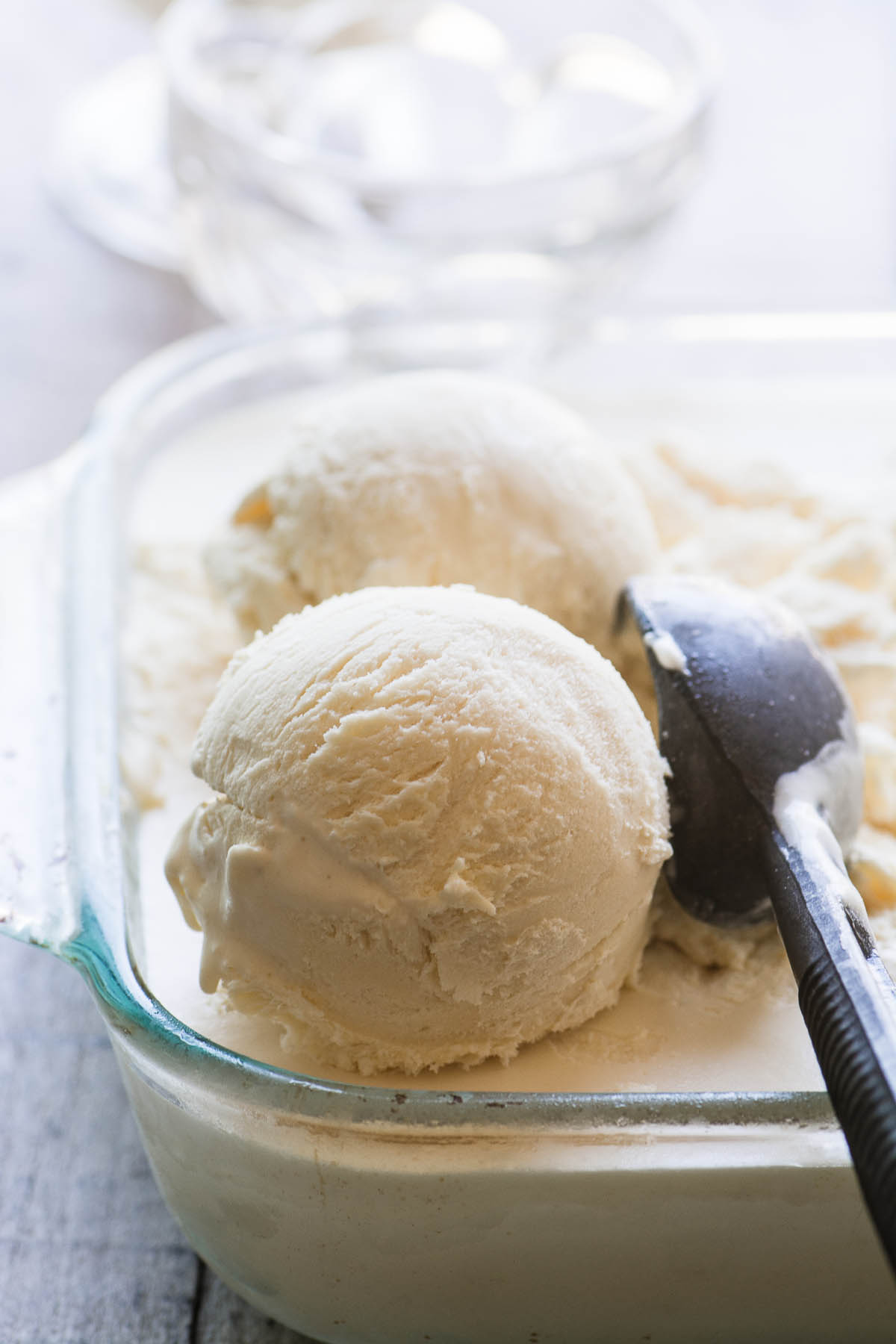 The Irish chef and food writer Darina Allen founded her Ballymaloe cooking school and organic farm in the early ’80s. Ms Allen is a spokesperson for the slow, local, and back to basics food movement and this ice cream recipe is one that she herself developed, you can find it in her book Forgotten Skills of Cooking.

This tried and true recipe is simple enough to memorize, and once you’ve mastered it, you can feel confident tinkering with it, this exact ice cream has been a Ballymaloe staple for over 50 years, and the basic formula has been turned into countless flavors. 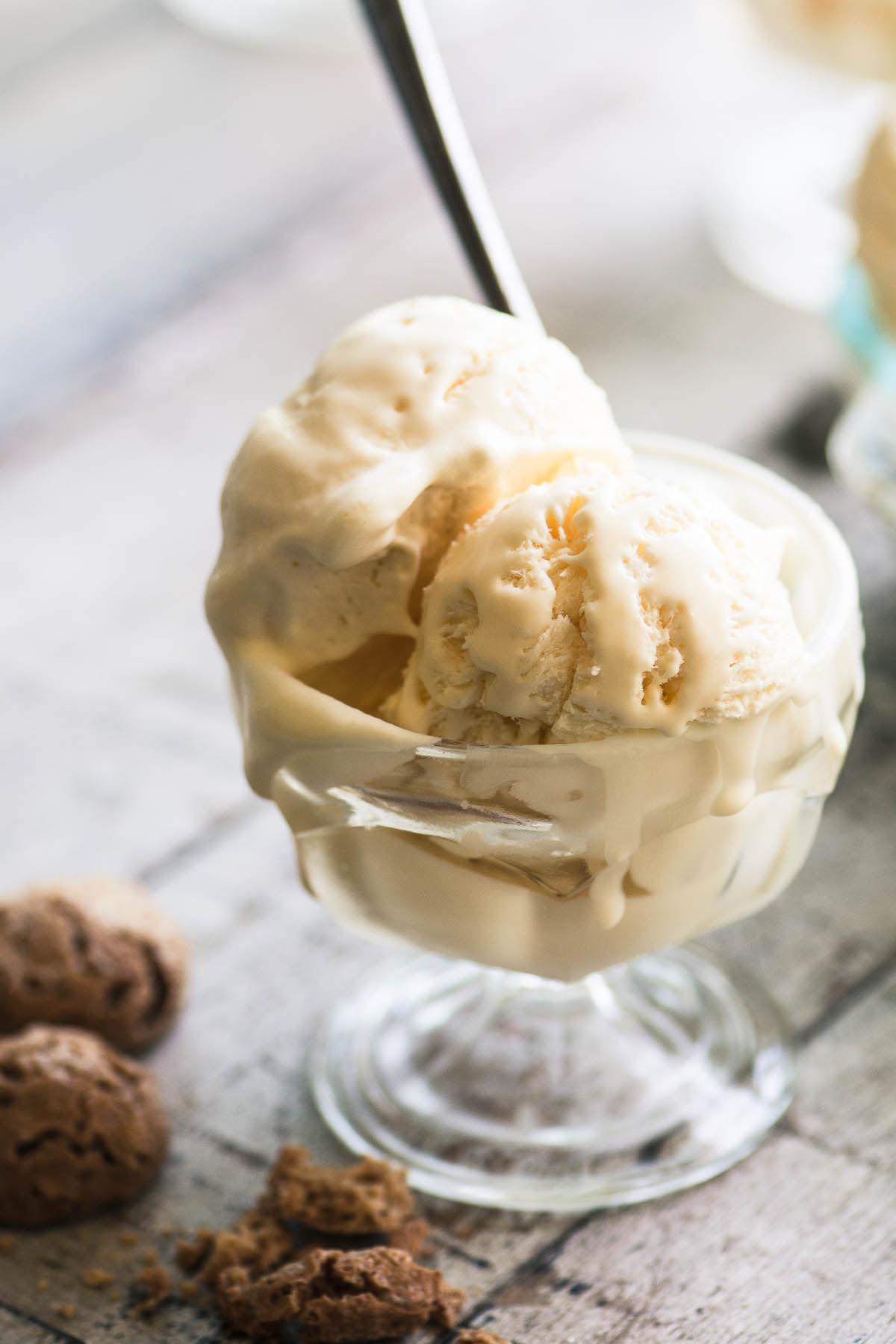 I’ve made so many homemade ice creams, some with my machine, and some without, but this interesting technique was completely new to me. Most no churn recipes make use of sweetened condensed milk, which is tasty and convenient, but it can make for a heavy ice cream. Like a traditional cooked custard ice cream, this recipe relies on egg yolks to keep the mixture creamy and scoopable, and results in a lighter flavor and texture than any other no churn recipe I’ve tried. 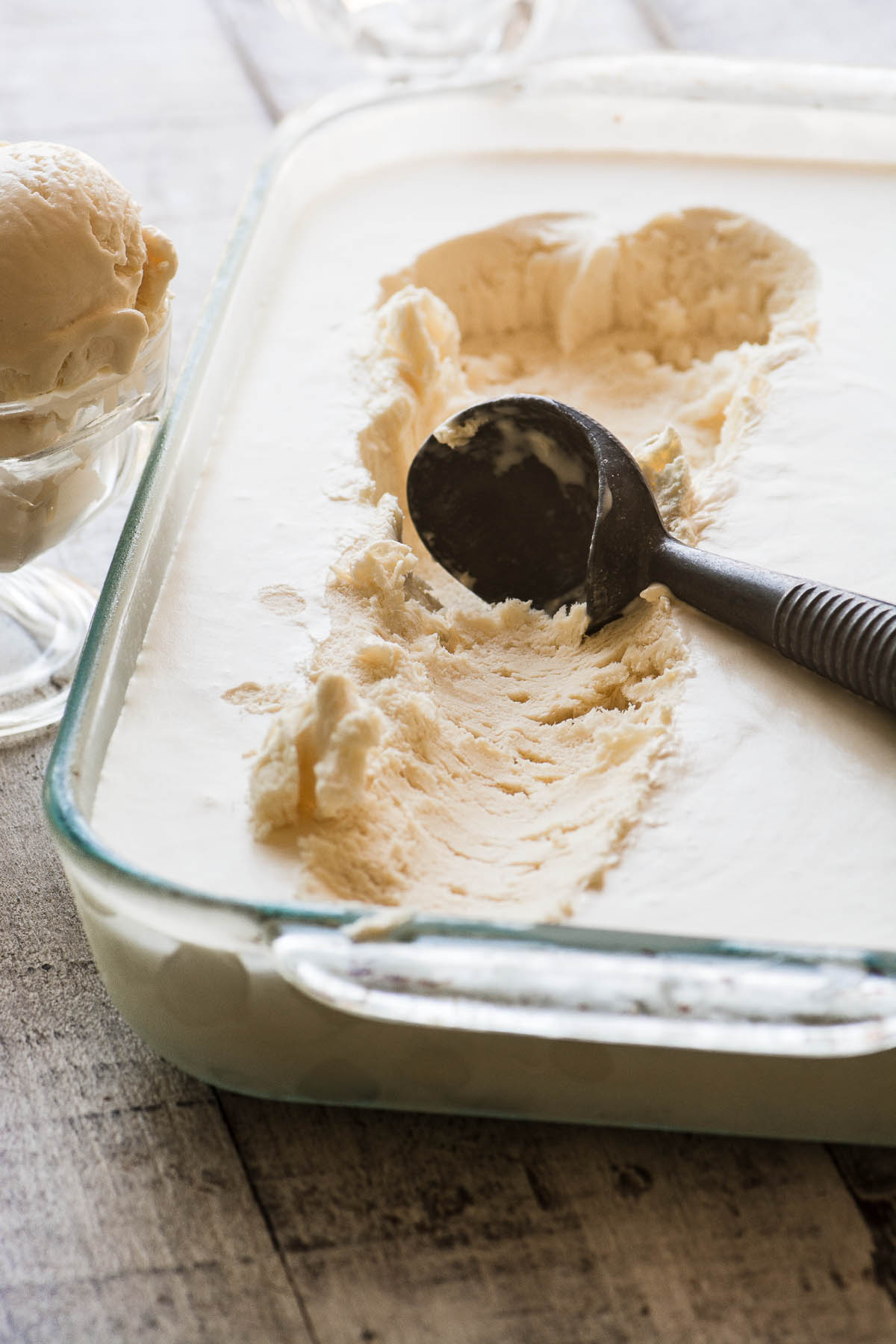 This no churn vanilla ice cream recipe is easy and straightforward, and while you don’t need an ice cream machine,  you will need a couple of other basic tools to make it ~ 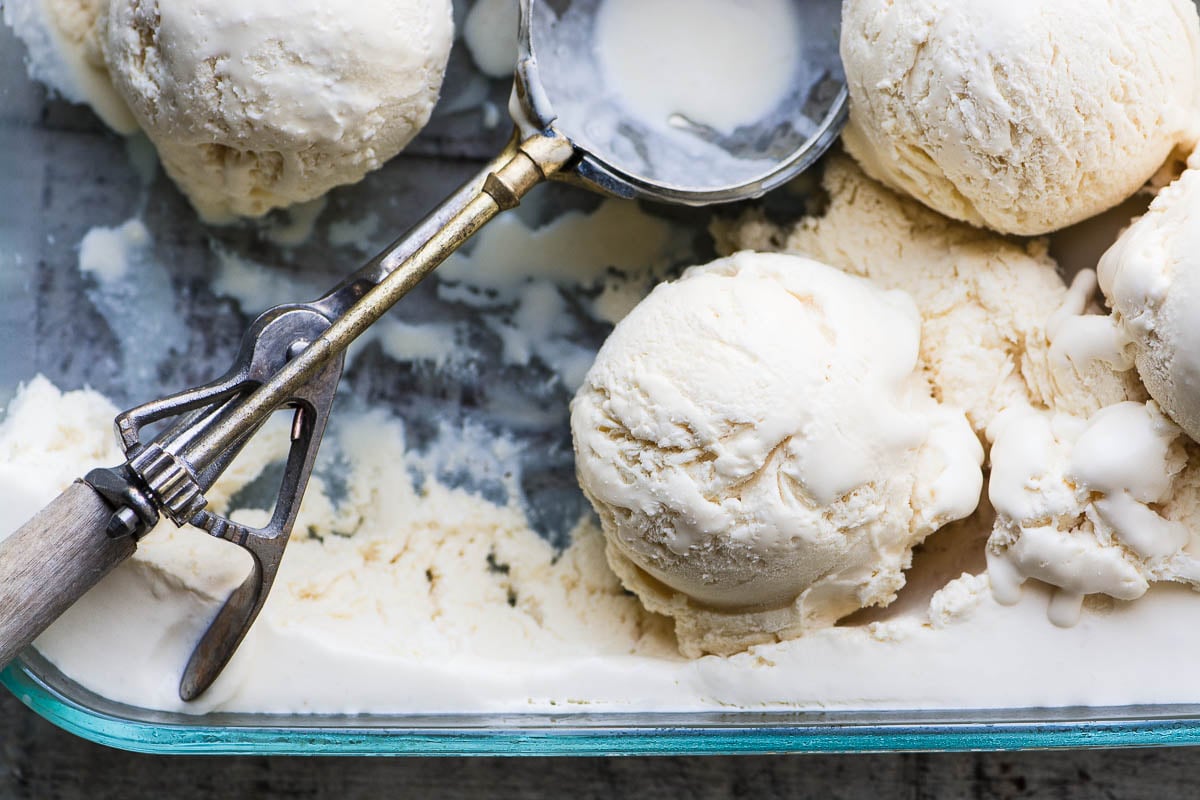 I hope you give this a try, it’s absolutely delicious. 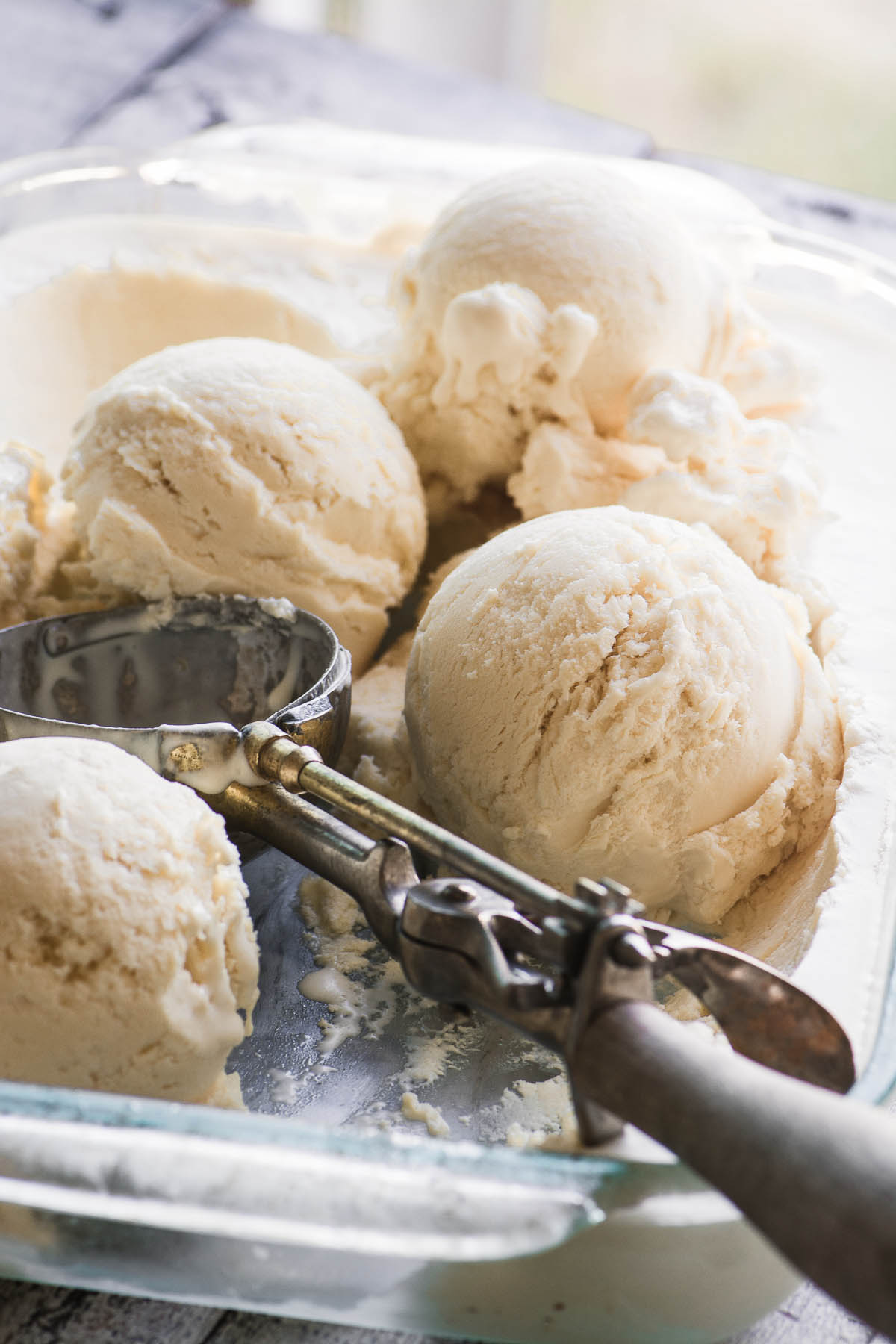 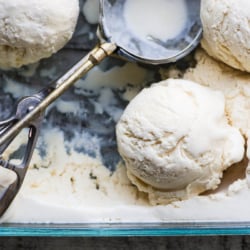 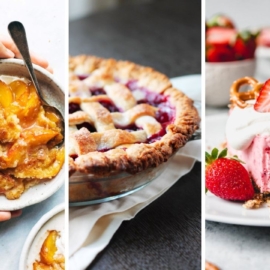 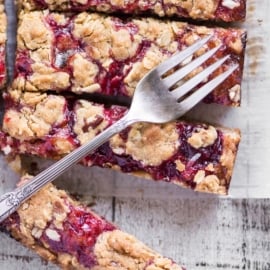 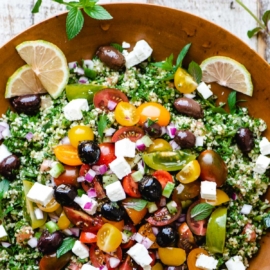 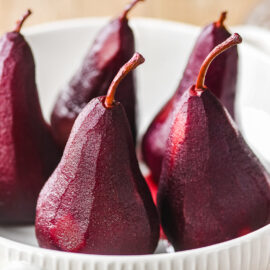