I’ll tell you one thing, Braised Red Cabbage might not be the most glamorous dish on the holiday table, but it provides a perfect sweet/tart element that brings everything else on your plate to life. Plus you can’t beat that magenta for a gorgeous pop of color. 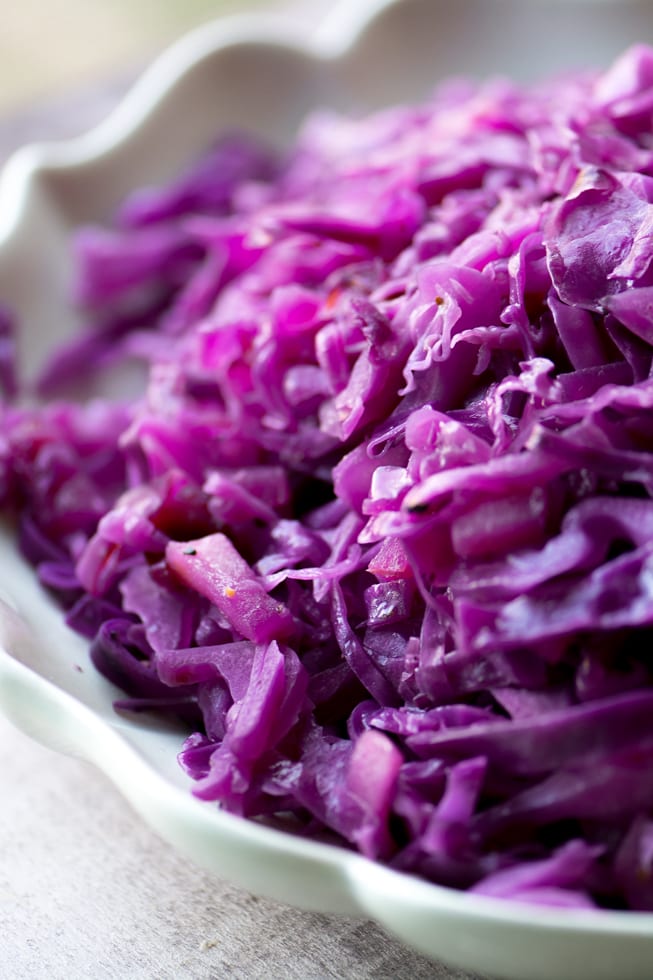 Braised Red Cabbage has been on our holiday tables ever since I can remember thanks to my German great-grandmother.

It took me a full 20 years to come around to appreciating its finer points, but now I’m a believer! The subtle sweetness from the apple, the bite of the vinegar and the earthiness of the cabbage rounds out a forkful of turkey and gravy like nothing else. It plays well with creamy mashed potatoes and squashes, goes great with green beans, but the most sophisticated pairing of all happens when it comes into chance contact with a bit of zingy cranberry sauce ~that’s an explosion of flavor you won’t soon forget. 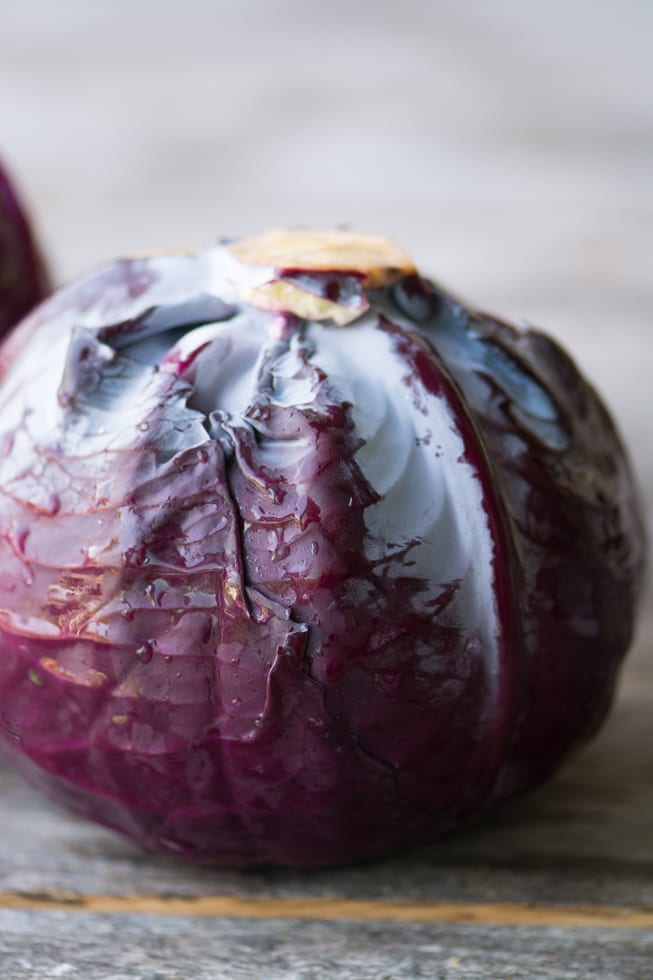 Did you know that red cabbage is a super food ~ it’s even more healthy for you than green cabbage.

It’s low in calories, high in fiber, and packed with vitamins and minerals. It’s also available all year long, and I love to use it in salads during the warmer months. Despite all this, red cabbage is usually just a secondary ingredient in recipes. This Braised Red Cabbage is one of the only times it gets to shine on its own.

Braising red cabbage is a sort of science experiment…the color changes according to the ph balance of the cooking liquid.

Normally cabbage will turn blueish when cooked, but when you add vinegar, or an acidic fruit like apple, the cabbage turns red, pink, or magenta. Even the ph balance of the soil it’s grown in will affect the color of the plant. My braised red cabbage is a slightly different shade every year!

TIP: The amount and type of vinegar you use is up to you. My great grandmother used plain white, but I like the flavor of cider vinegar. Taste the cabbage as it cooks and adjust it to your taste. 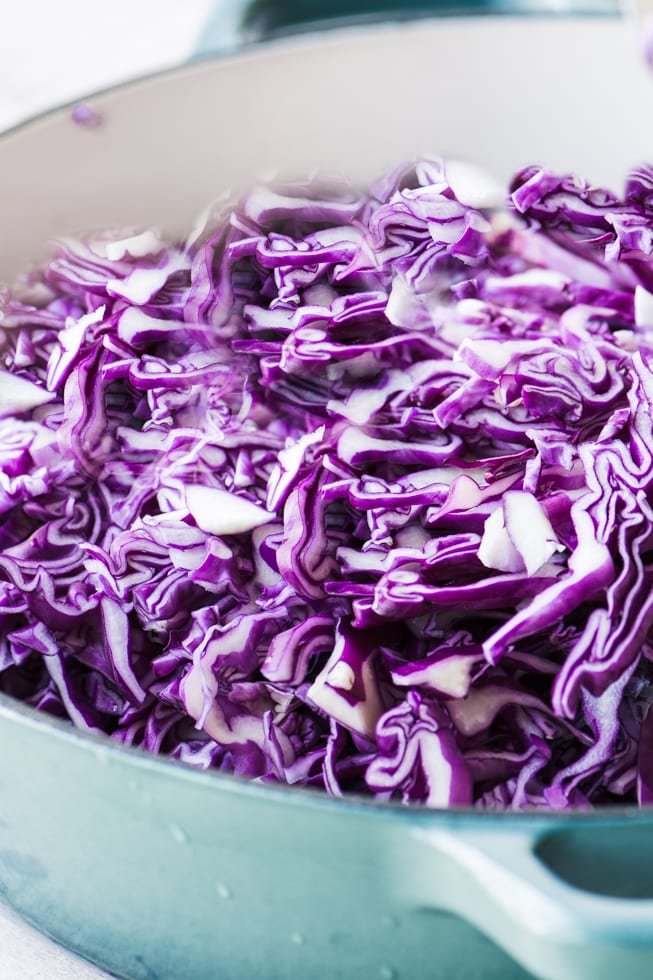 My recipe is super simple, it’s the one that my great grandmother used, and I stick to tradition. But there are other variations that you might want to try. Some people fry up some bacon in the pan first. Some add diced onion. You can even add a hint of spice, like allspice, cinnamon, nutmeg, and cloves. The apple and vinegar are non negotiable. 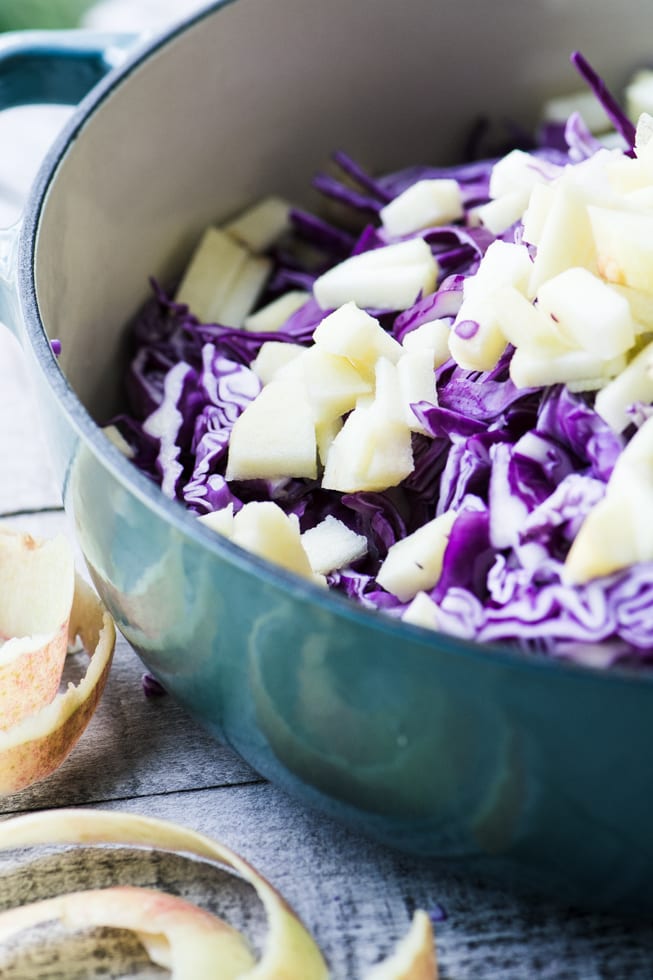 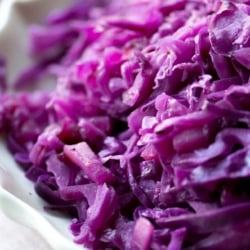 Don’t forget to pin it! 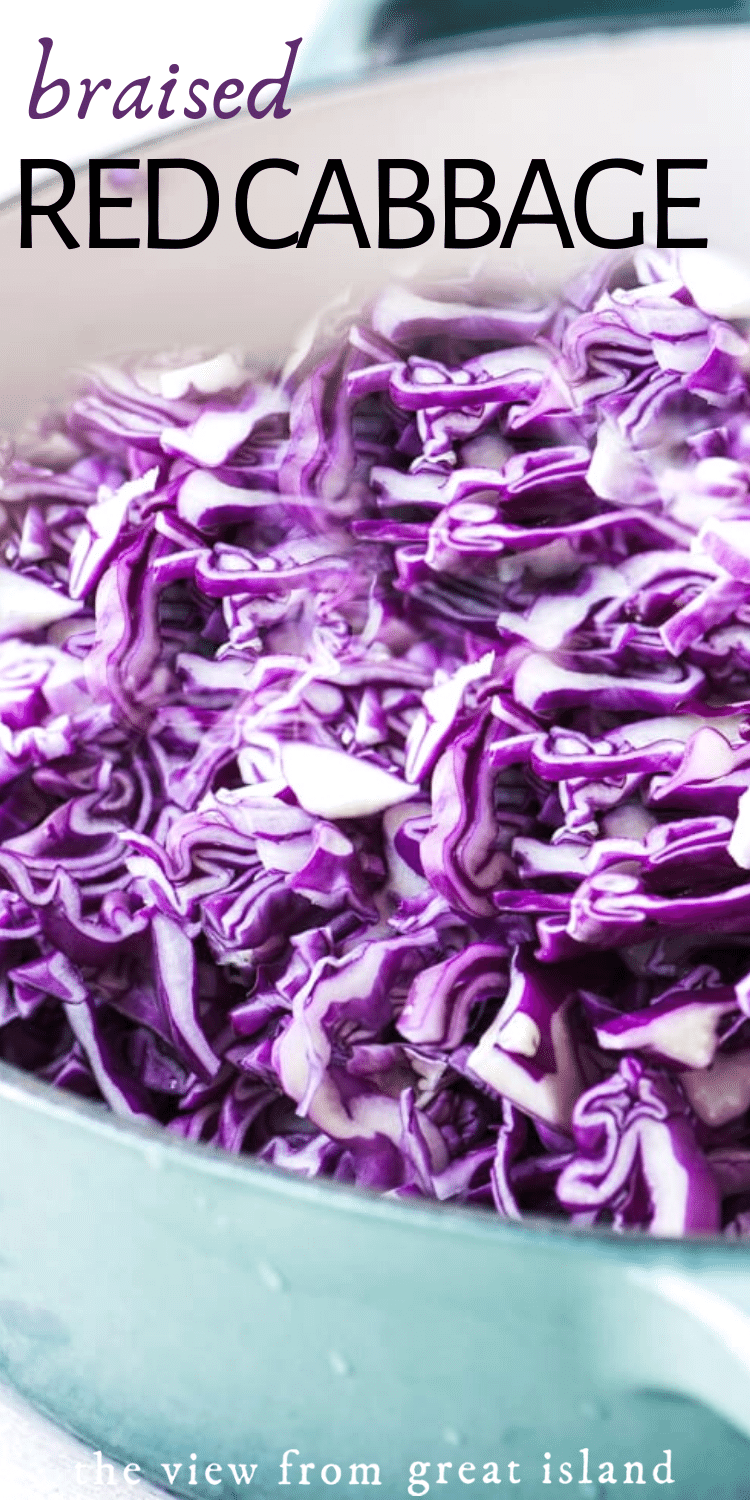 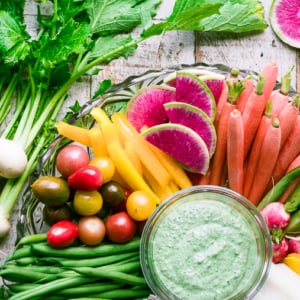 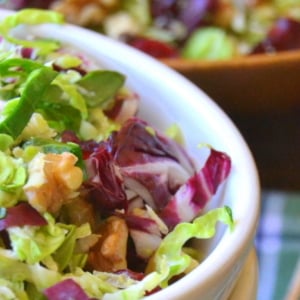 Turn a Package of Ground Beef Into 10 Amazing Meals