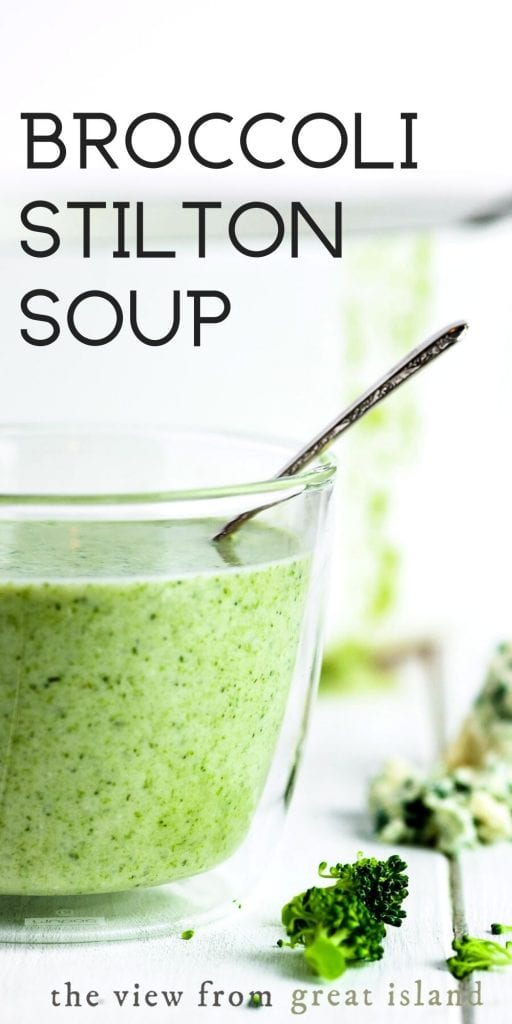 Broccoli Stilton Soup is a luxurious but easy classic British soup, traditionally made with leftover holiday Stilton. It’s a comforting weeknight meal ready in about 30 minutes ~ pair it with some crusty bread and cultured butter for a mid winter feast. 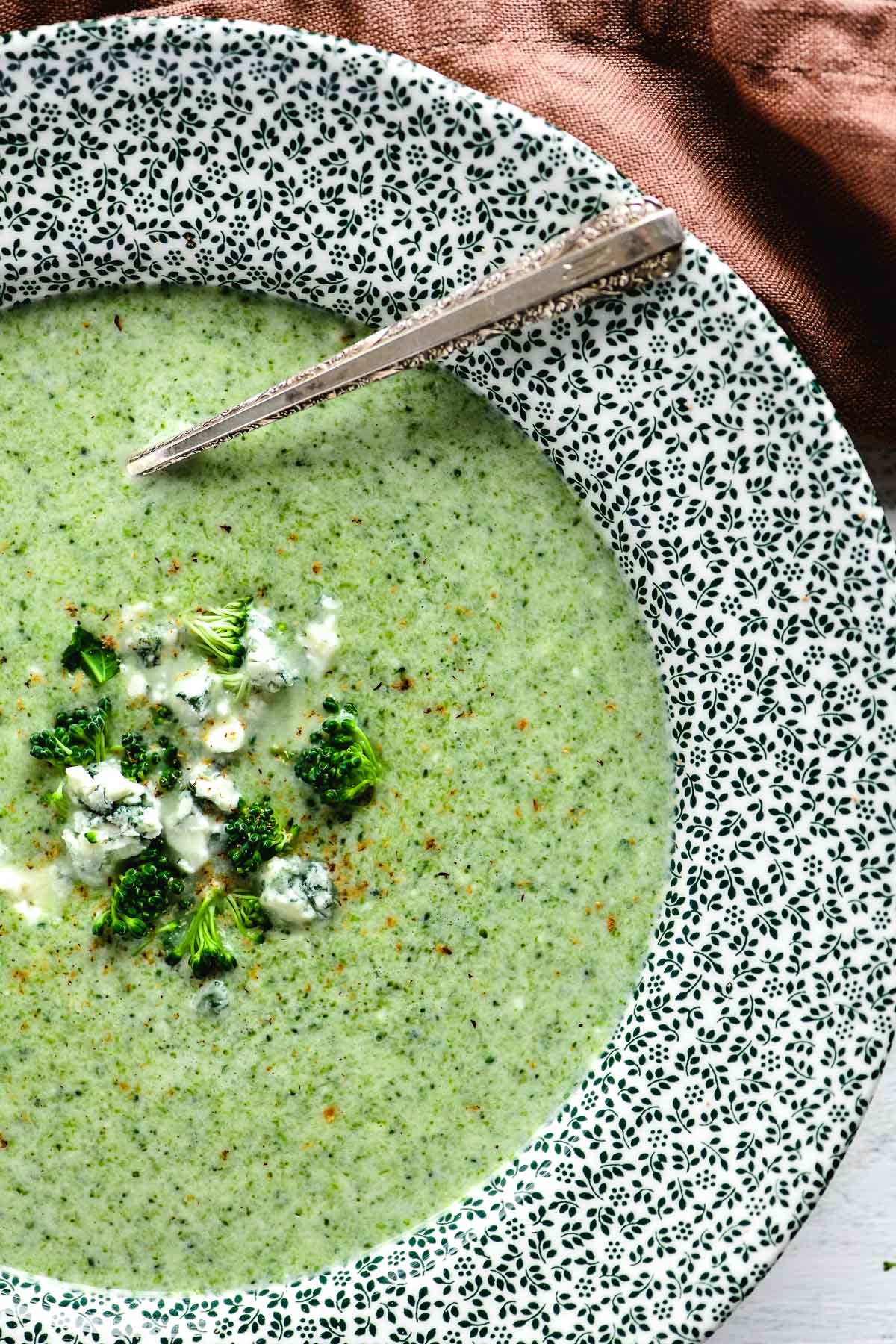 The first time I had this soup was in a cozy pub outside of London on a rare snowy night in January and it was just magical. It’s got a similar feel to my mushroom and Brie soup, since they’re both creamed veggie soups enriched with luxury cheeses. In both cases I was surprised at how well the cheeses melt beautifully into a silky soup. Both Brie and blue cheese are strong flavors, but they mellow out in the soups, so don’t be afraid of this recipe! If you love broccoli cheese soup, you’ll flip for this. 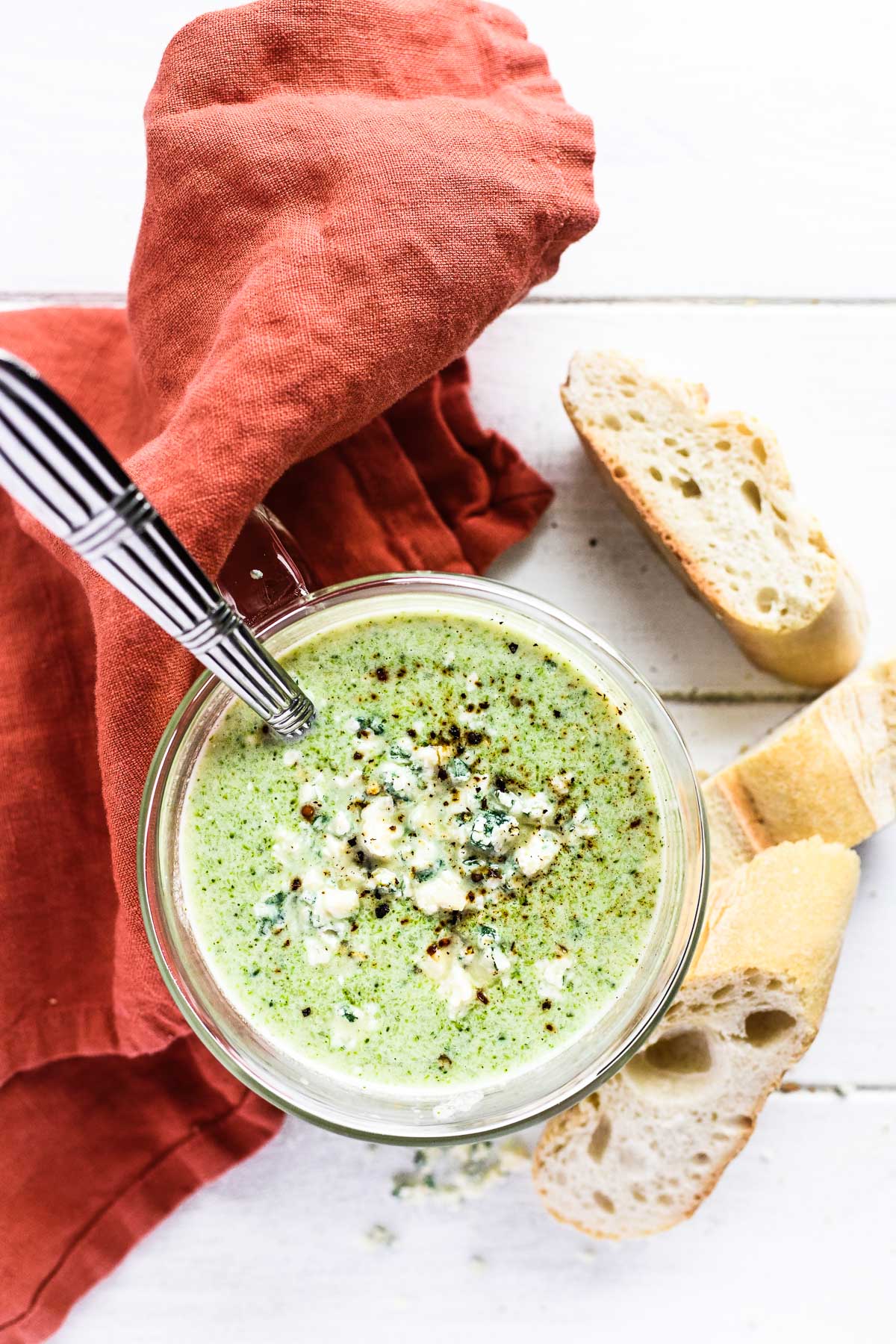 This cream of broccoli soup is traditionally made with leftover holiday Stilton, and so has a special occasion vibe going on, but truly, this soup is a treat any time. If you’re focused, it only takes about 30 minutes and the results are spectacular. Have a crusty loaf and some butter ready to round out this wonderful meal.

Stilton is an English cheese that can be either blue (with veins) or white. It is so special it’s earned protected status, meaning that only cheese made in certain parts of Britain (Derbyshire, Leicestershire and Nottinghamshire) can be called Stilton.

Known as the ‘king of cheese’ in England, it’s traditionally served at Christmas.

Stilton has a sharp and somewhat pungent flavor. The most accurate substitute for it would be Italian gorgonzola or French roquefort.

The cheese is expensive here because it’s imported and can only be made in limited areas.

To store blue cheese like Stilton, wrap in waxed paper and then put into a plastic baggie in the cheese drawer of your fridge. No cheese drawer? Store the cheese in the spot furthest from the freezer, so either at the top or bottom shelf, depending on your configuration.

Fascinating fact: it’s long been believed that eating cheese before bed causes nightmares, so in 2005 The British Cheese Board decided to test the theory, scientifically. While none of the cheeses caused nightmares for the participants, Stilton produced the most odd and vivid dreams of all! 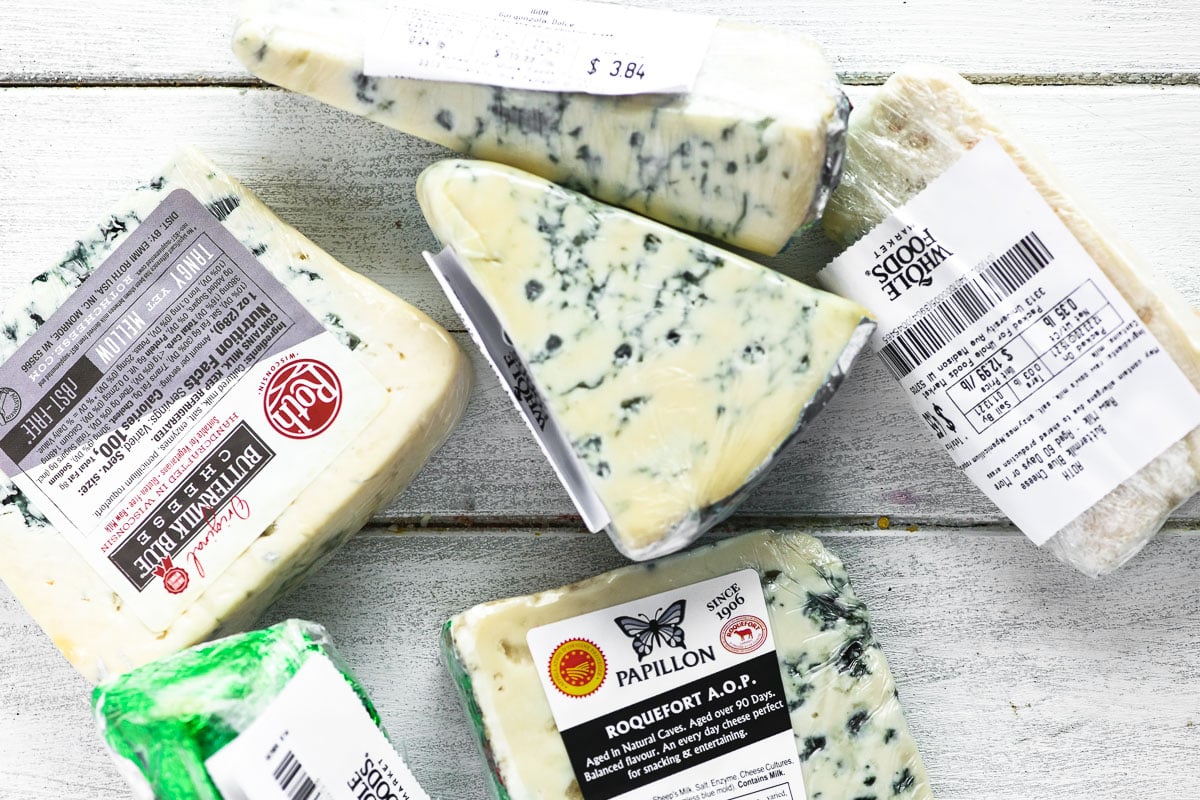 Since I relocated from Los Angeles to Wisconsin in 2020, I’ve been immersing myself in all things Midwest and local. I chose to sub in Roth (Wisconsin cheesemakers) buttermilk blue cheese for the Stilton and I’m so happy with my choice (in fact I’m planning a mac and cheese with it, so stay tuned.) If you love Stilton and can get your hands on some, go ahead and use it, for sure. But there are many blues on the market that have a similar flavor profile so you do have choices for this soup. If it’s blue and you like the flavor, go ahead and use it. 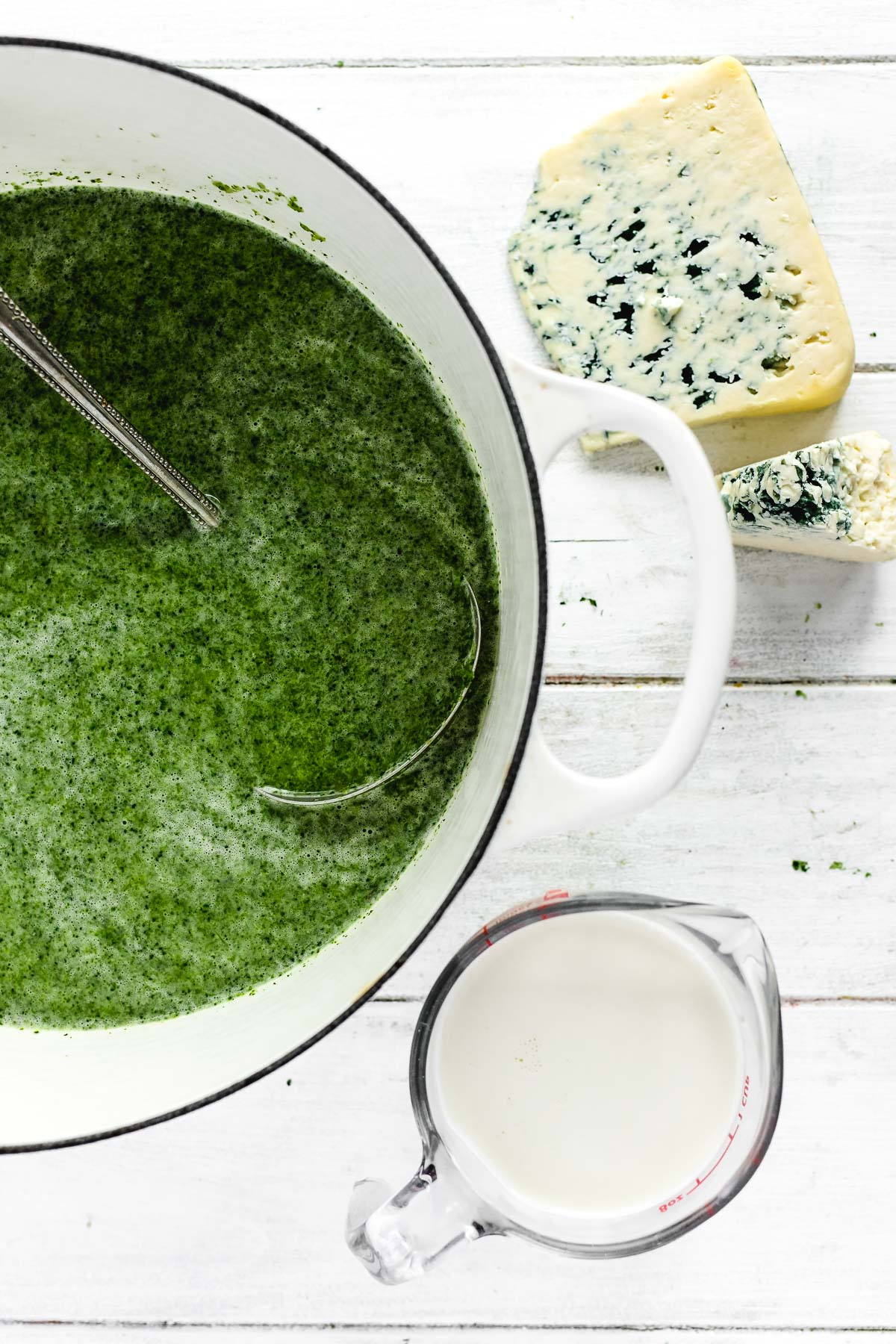 What you’ll need for broccoli and blue cheese soup

You’ll notice a lack of spices, in this list. I didn’t even use salt because the cheese and stock added enough. You’ll be the judge of your soup, and add salt and pepper if you like. Some people add garlic, that’s also up to you.

The soup starts out a bright green which lightens when you add the half and half and cheese. The natural rind on blue cheese is edible, so you can use it in your soup, but I find it takes a little longer to melt. 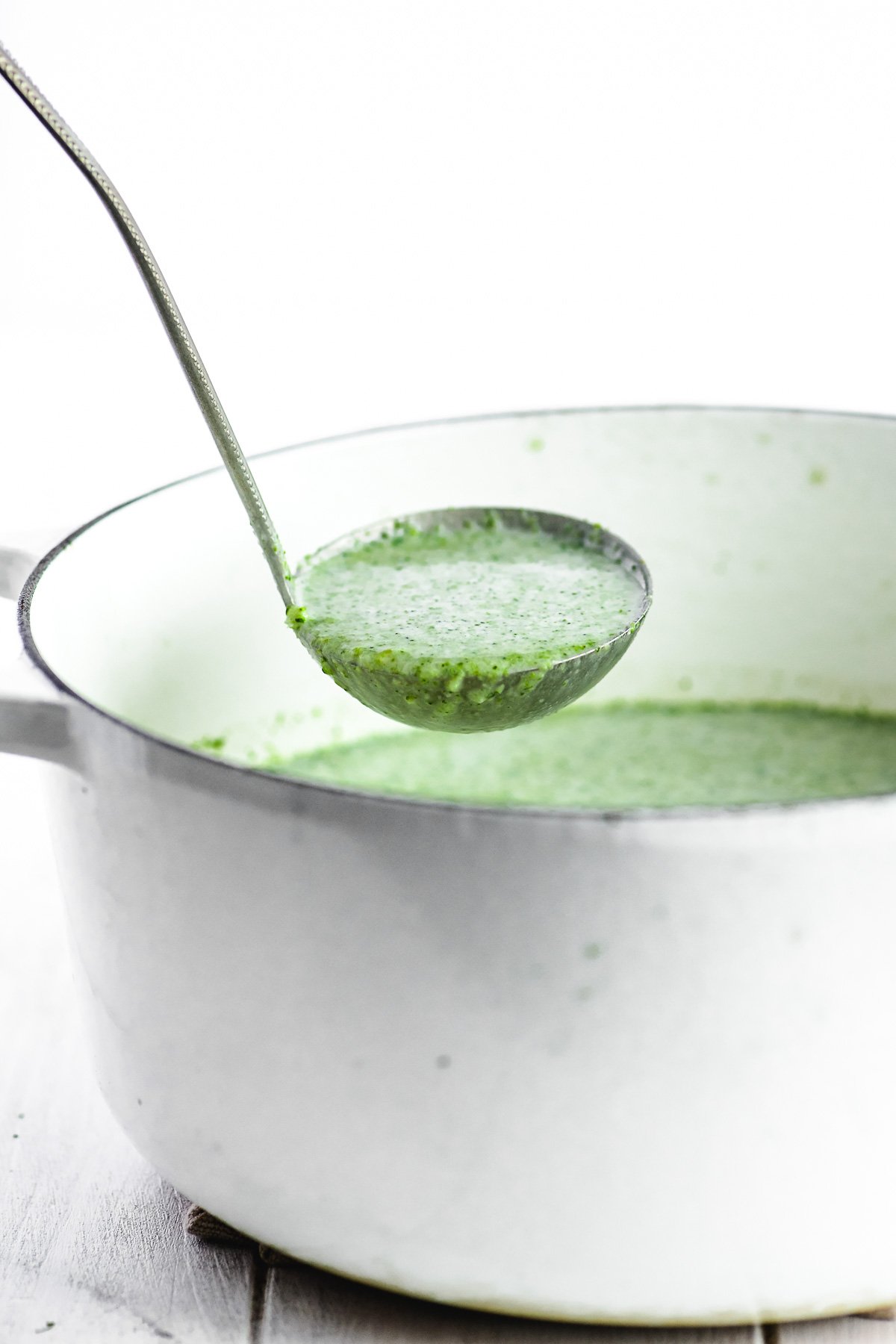 How to serve broccoli and Stilton soup

The soup is definitely on the rich side, so I like to serve it in mugs or shallow bowls in relatively small serving sizes.

It makes a great first course or lunch, but there’s no reason it can’t be dinner with a good crusty loaf of bread.

The texture is smooth, so it benefits from some garnish, which can be crumbles of cheese, or tiny broccoli florets. That being said, there’s nothing wrong with ladling the soup straight into a mug and enjoying it as is.

A little grating of fresh nutmeg (or black pepper) is the perfect finishing touch. 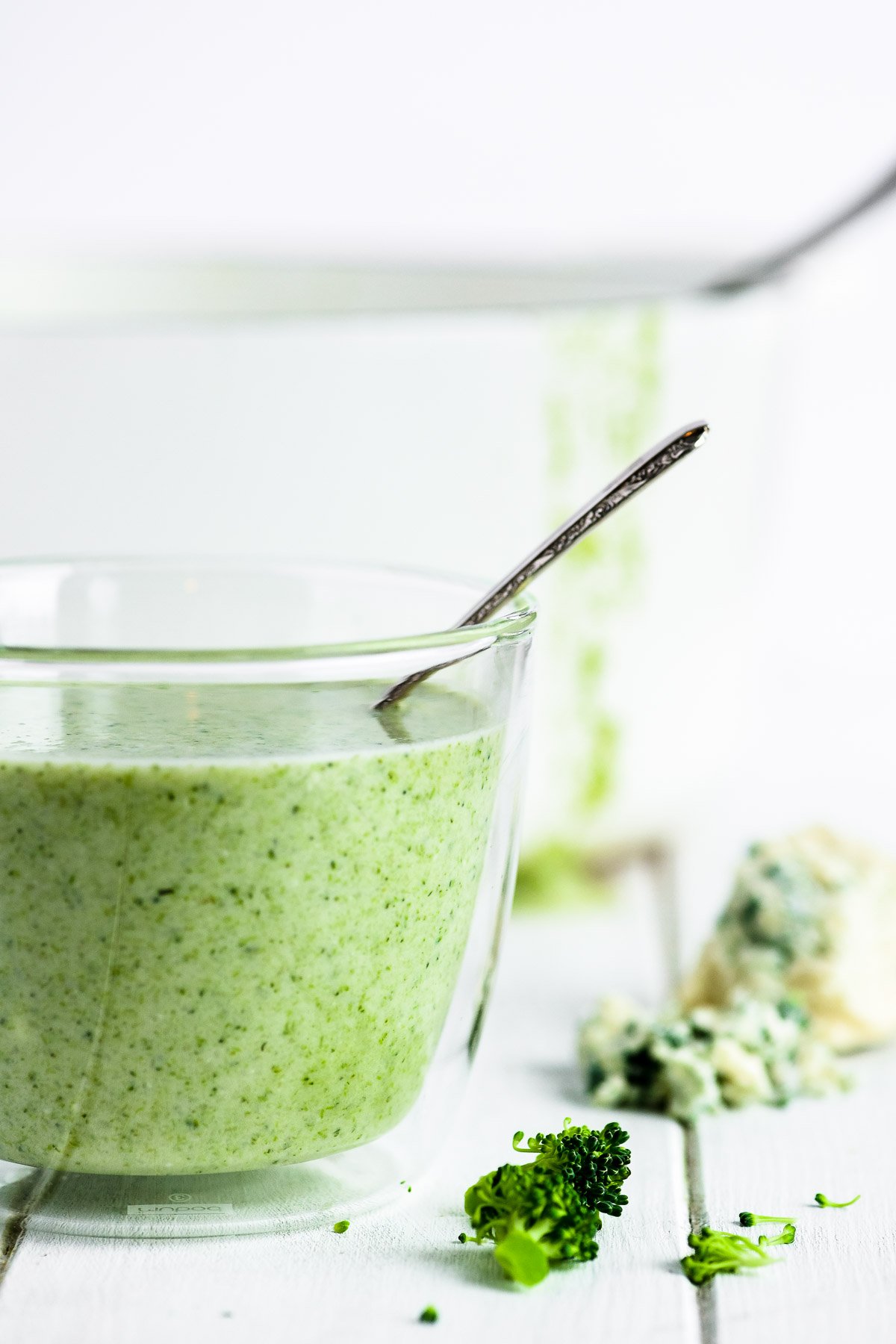 Make this soup ahead 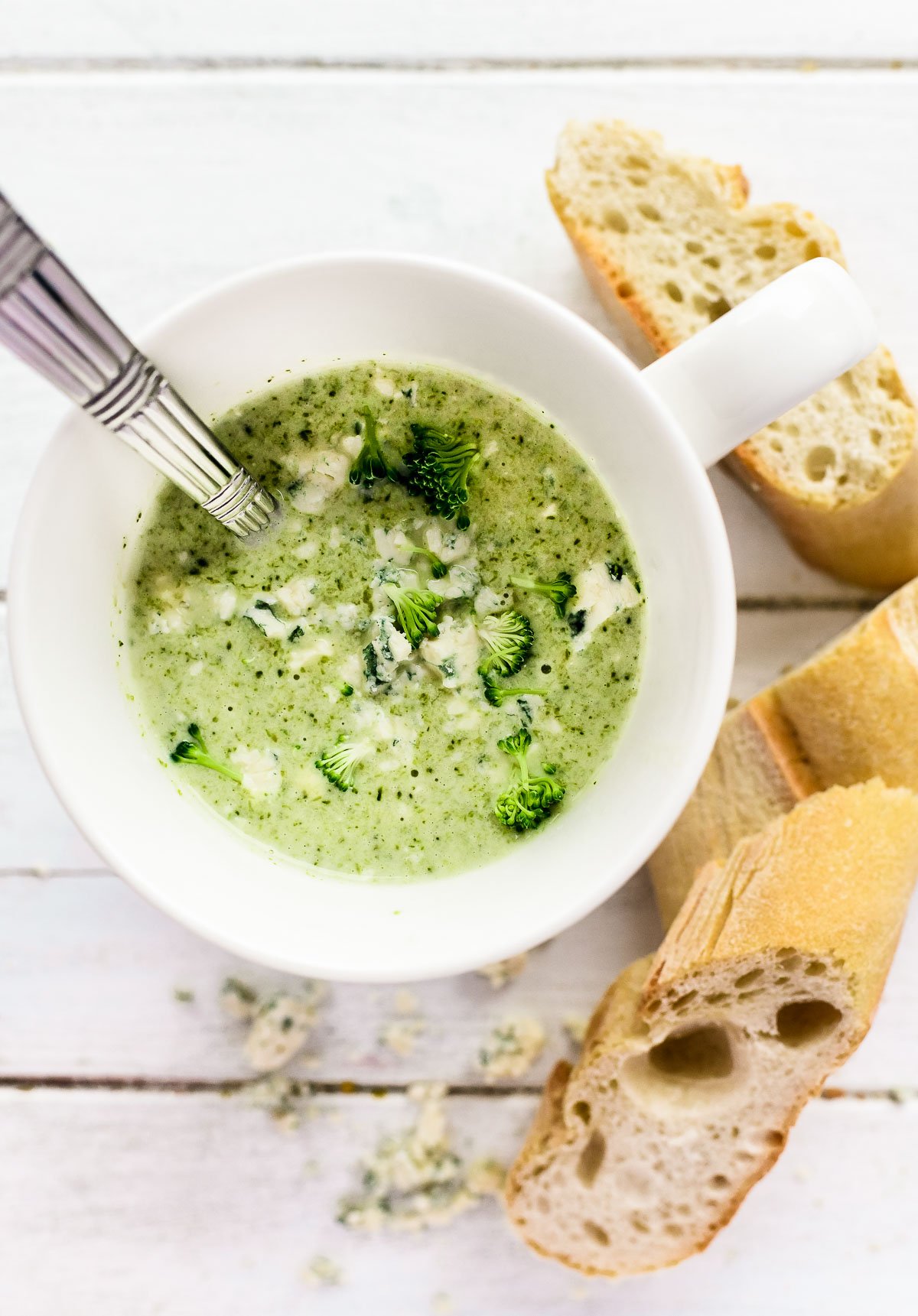 I love creamy soups, and if you do too, you might want to explore others on the blog.

My mushroom and Brie soup is similar to this one and is my husband’s absolute favorite. We discovered it at our supermarket hot bar, of all places, and made it our own.

Another interesting recipe is my Brussels sprout and bacon soup, it’s further proof, as if you needed it, that sprouts and bacon is a match made in heaven.

Traditional Irish leek and potato soup is a classic!

My ham and pea soup is an update on the original, made with frozen peas instead of dried for a more vibrant color and flavor.

Wild rice and carrot soup is bright golden and hearty thanks to the nutty wild rice.

Cream of jalapeño soup will warm up the chilliest night, I love it hot in winter and chilled in summer. So good. 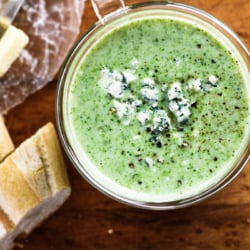 other recipes that use blue cheese 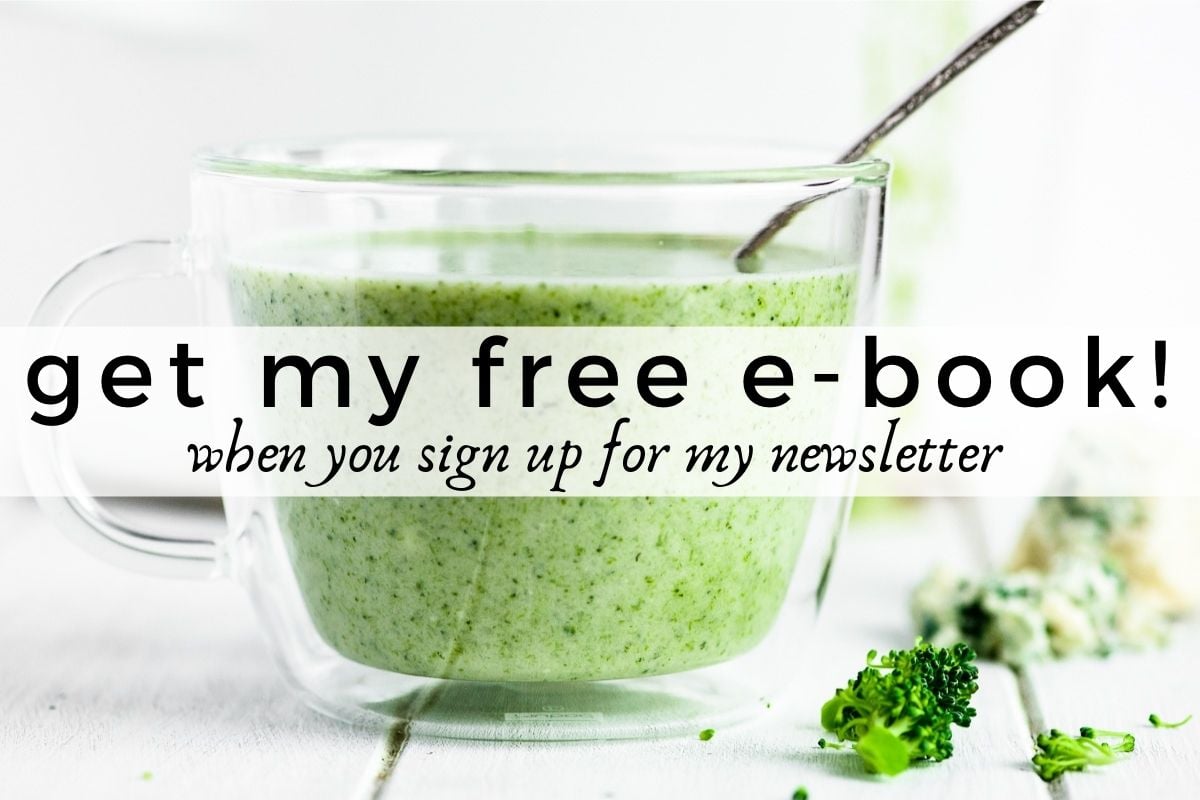 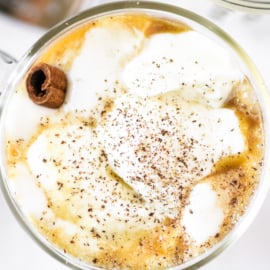 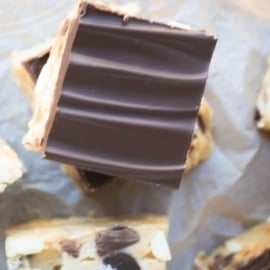 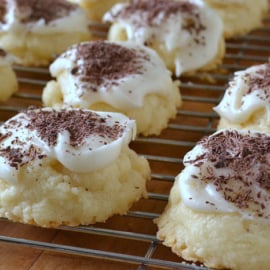 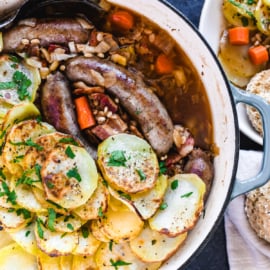