Hearty and vibrant Ham and Pea Soup made with fresh frozen peas will warm up the coldest night! This comforting soup is a great way to use up leftover ham. 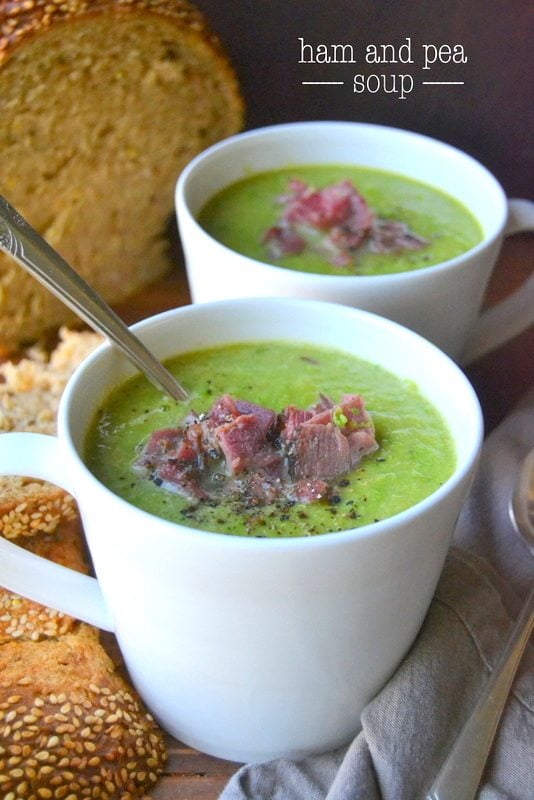 I get tired of cooking, just like you do. And just like you, I get bored with my same old stand by meals. I sometimes suffer from brain freeze and can’t come up with anything more creative than scrambled eggs for dinner. That’s when, just like you, I turn to my favorite bloggers for inspiration. This soup comes straight from the pages of Souvlaki For the Soul. Peter, who’s Greek by heritage, blogs from Sydney Australia and he’s super talented. His food is gutsy and his photos are riveting… the minute I saw his pea soup I knew it had to be mine. It was the color that got my attention, when have you seen a pea soup this green? The whole time I was chopping the veggies and simmering the ham hock I was praying that it wasn’t just a trick of Photoshop. I  rely on visual cues when it comes to eating, and that bright emerald green tells me that the soup is going to be vibrant and fresh tasting, a world away from the grey pea soups that inspired the phrase ‘pea soup fog’. 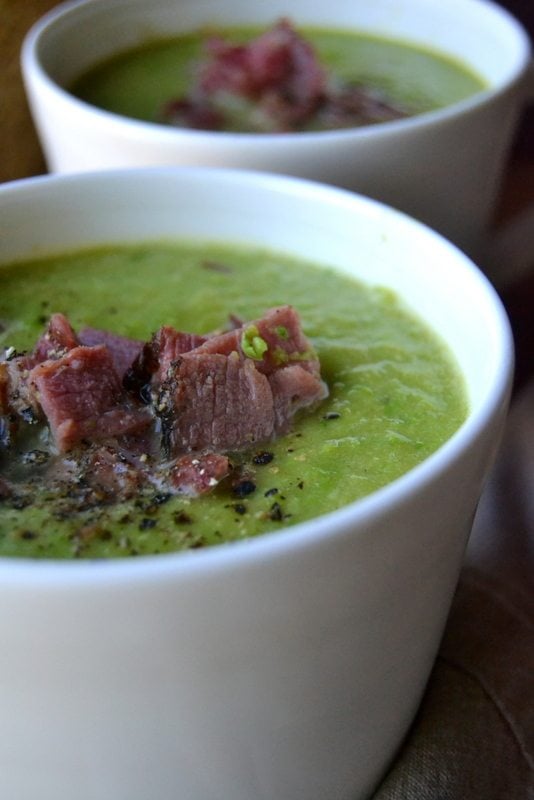 So how is this possible? This soup is made with fresh frozen peas, not the dried kind, (aka split peas) hence, the great color. But the genius behind this soup is that it doesn’t stop there…the broth is made by long simmering a smoked ham hock, along with some aromatic veggies and herbs. The hock makes a rich broth, and the meat, which is falling off the bone by the end of the cooking, is added to the soup. The result is a fresh pea soup with a smokey depth of hammy flavor. It’s a real winner, I’m telling you. 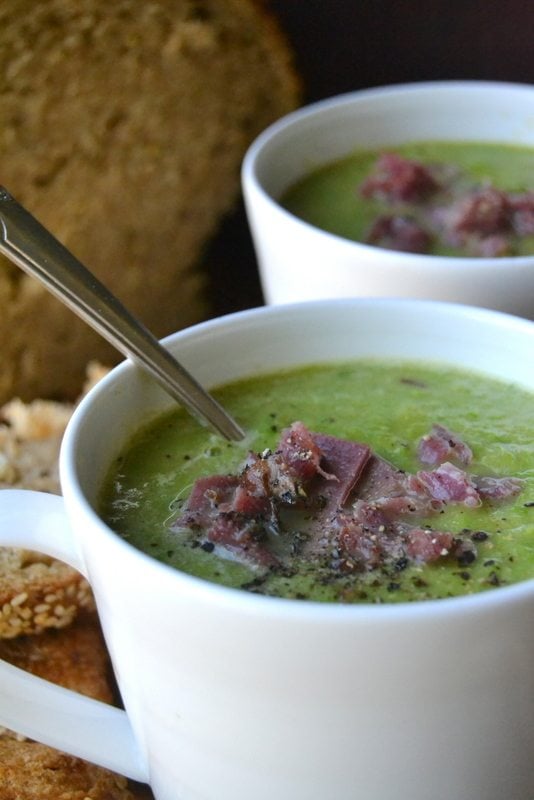 You could absolutely do the cooking of the broth in a slow cooker and then finish off the soup after work. An immersion blender comes in super handy here, so that you can do everything in one pot. The leftovers only get better.

TIP: If your ham hocks do not yield much meat, you may want to augment with extra ham. You can buy a thick slice from a deli counter and chop it up. 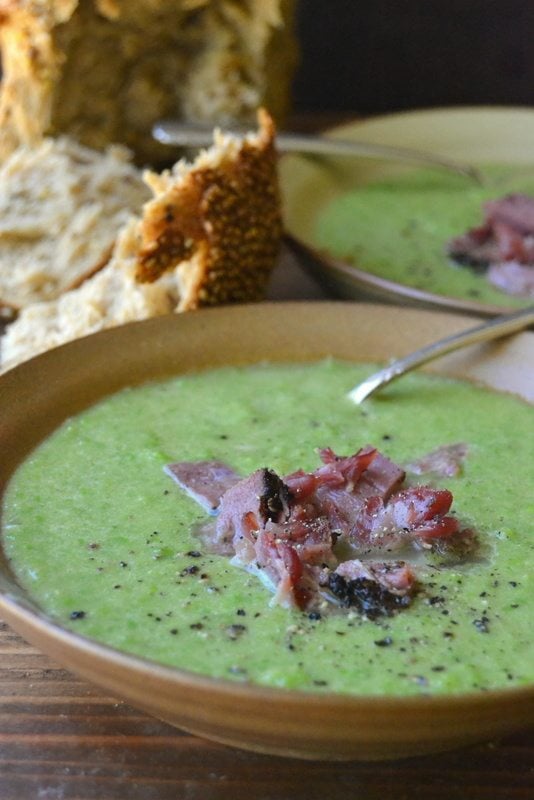 Even though this ham and pea soup is hearty, it’s not heavy, and so it goes really well with fresh baked whole grain bread. I’m really pleased with this soup, and I’m completely smitten with the frozen pea ‘method’. No more dried peas for me, for sure.

“I have a second batch of this soup in the freezer as a stand by — being on a farm you need to think ahead; it looks lovely and tastes beautiful, full of flavour. My husband just loves it, many thanks again for another wonderful recipe.” ~Carolyn

Recipe slightly adapted from Souvlaki For The Soul 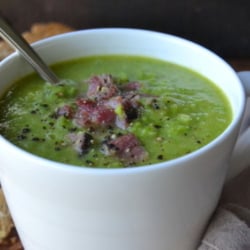 3.17 from 60 votes
Hearty and vibrant Ham and Pea Soup made with fresh frozen peas will warm up the coldest night!  This comforting soup is a great way to use up leftover ham.
Print Recipe Pin Recipe Rate Recipe
Cook Time:2 hours 30 minutes
Servings: 4 -6 servings

Course: Soup
Cuisine: American
Author: Sue Moran
Keyword: comfort food, dinner, ham, peas, soup
Did You Make This?We love seeing what you've made! Tag us on social media at @theviewfromgreatisland for a chance to be featured.

Don’t forget to pin this Ham and Pea Soup! 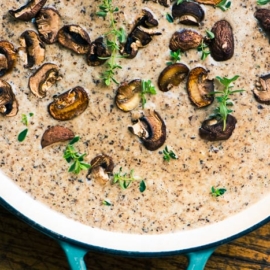 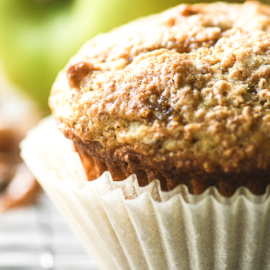 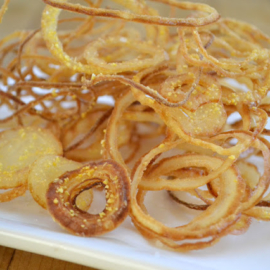 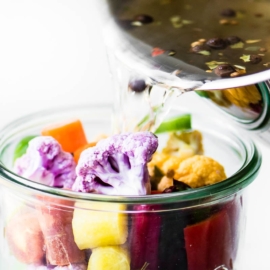