Drinkable Nutella ~ a warm, sippable version of your favorite chocolate hazelnut spread. This beats any drinking chocolate you’ve ever had, and it’s pure, molten bliss. Go ahead, skip right to the recipe, I won’t be offended, I’d do the same thing if I were you… 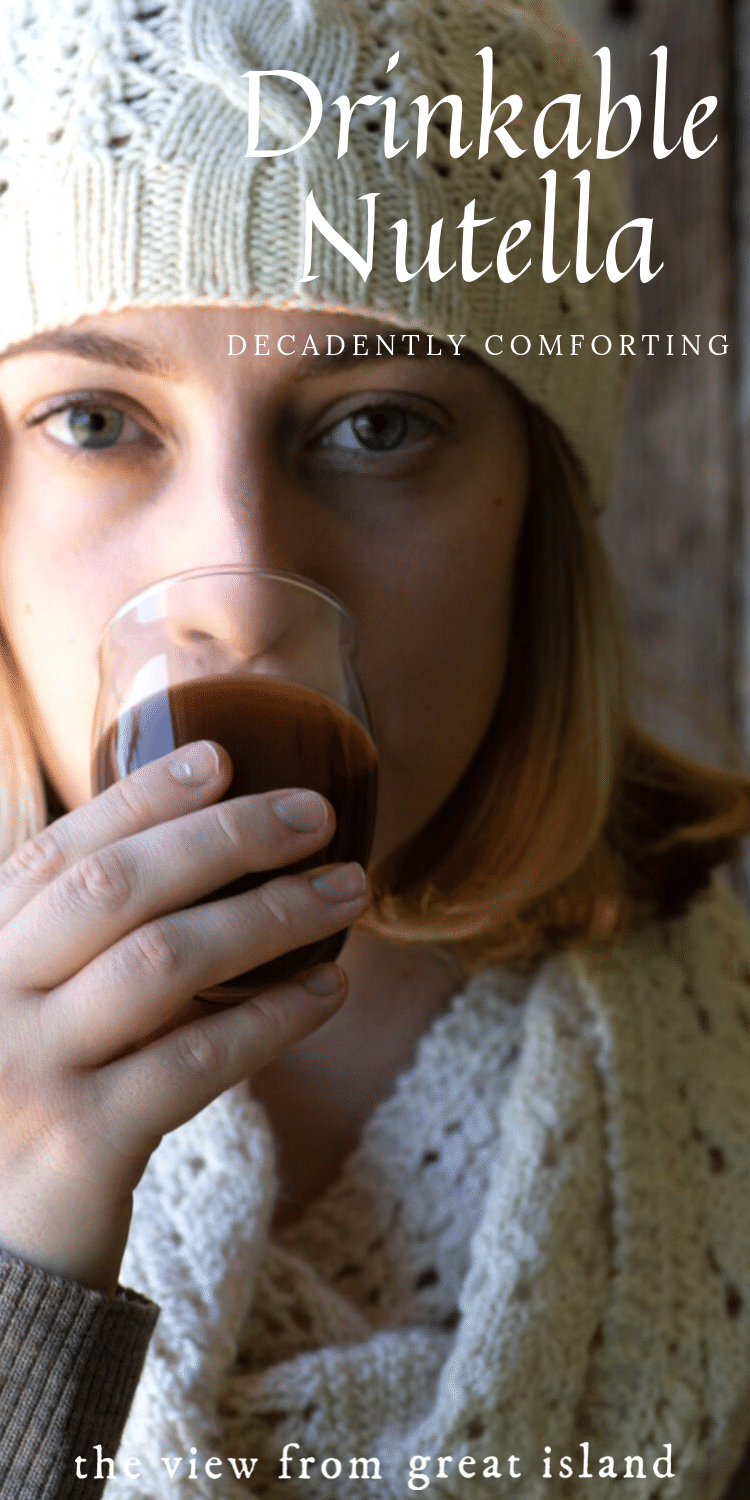 When it comes to warming chocolate drinks there’s a definite pecking order and it starts with the lowest of the low, instant cocoa. It’s unremarkable stuff made with water and sketchy powder ~ the mini marshmallows aren’t fooling anybody. Then there’s hot chocolate, a step up with milk and real chocolate. On the next rung you’ve got drinking chocolate (remember Starbucks’ Chantico?) which is rich and chocolatey, for sure, but so unctuous you can only tolerate it by the thimble full. Finally, at the tippy top of them all is this DRINKABLE NUTELLA ~ silky, creamy, hazelnutty, and utterly hygge. I know you’re gonna love it. 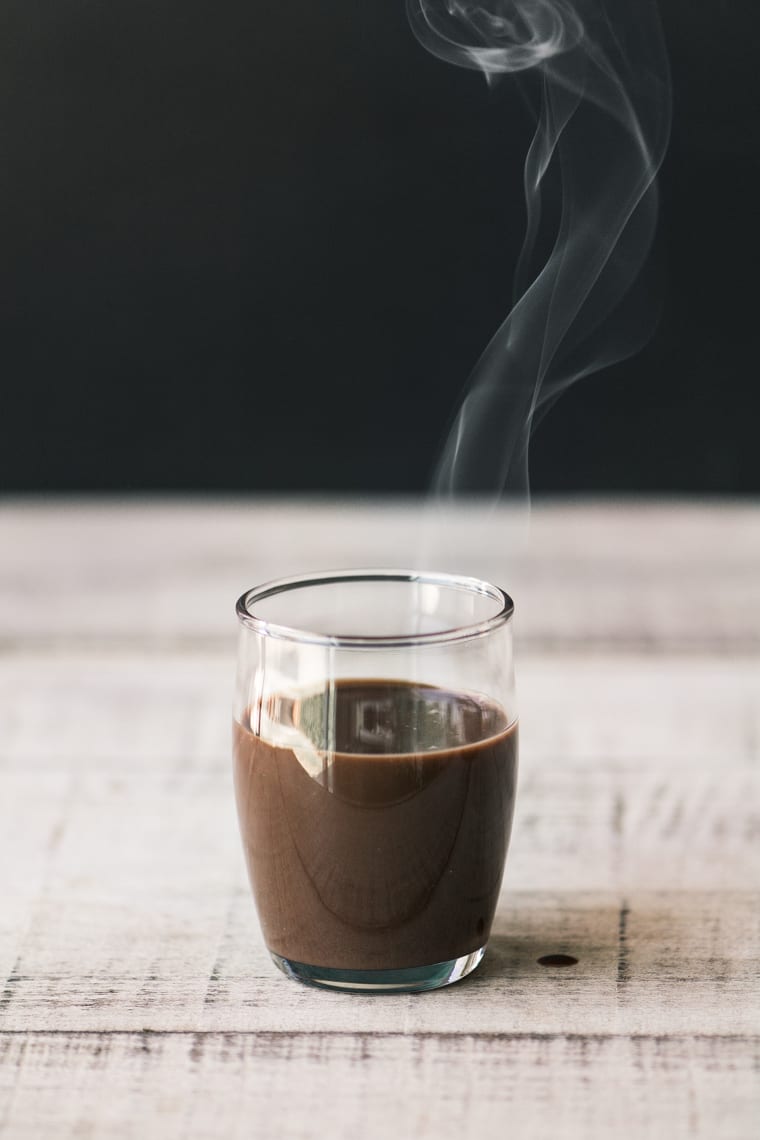 Prepare to have your mind, and taste buds, blown. This is the best thing since sliced bread, and it’s SO much tastier! I don’t know how I got this idea into my head, but once it was there, it wouldn’t let me alone until I went out and bought the biggest jar of Nutella I could find. I got right to work with some delicious experimentation, and luckily it didn’t take long before I was sipping my way to nirvana. A little trial and error was all it took to get the perfect drinkable Nutella. 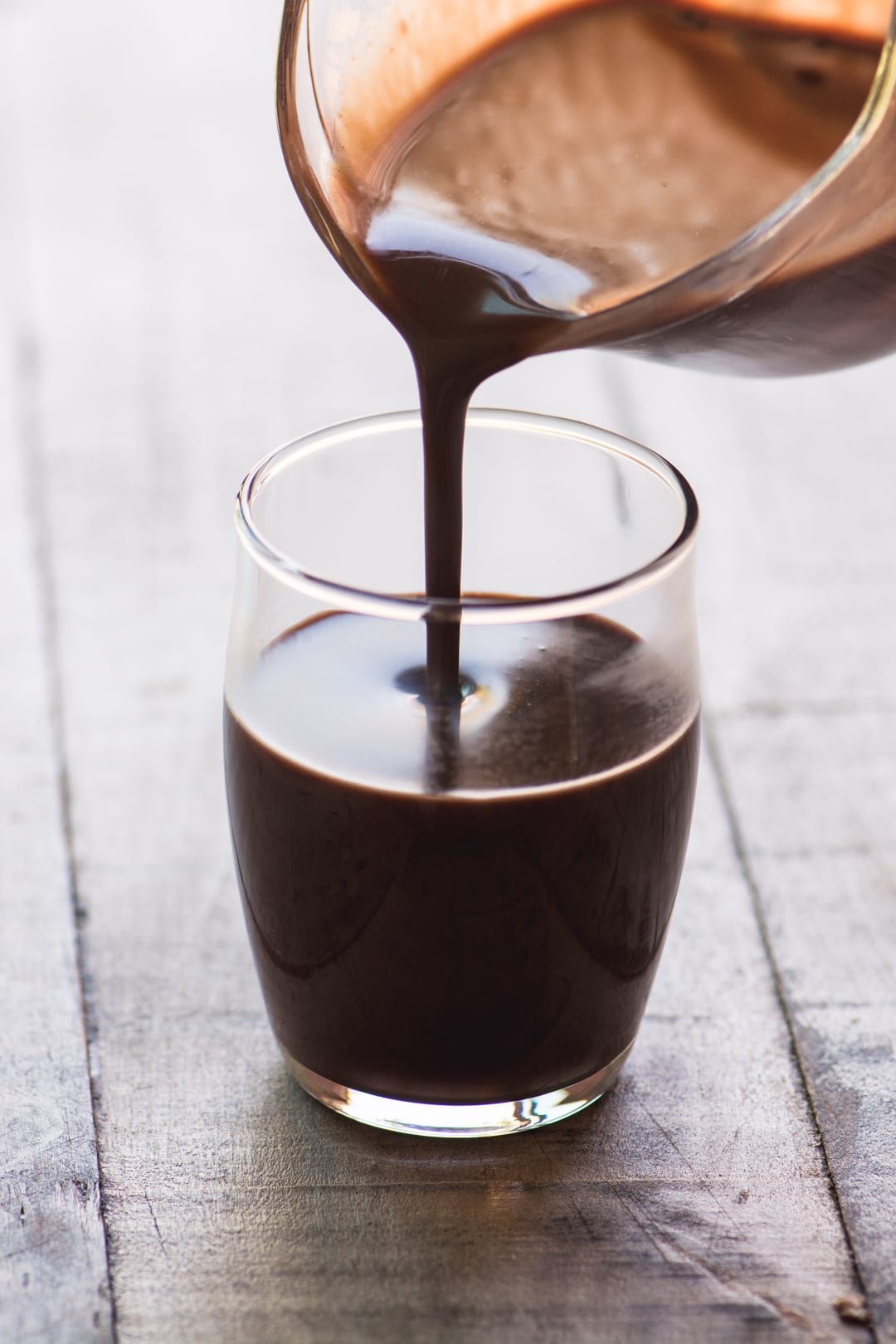 Yup, the secret to this heavenly beverage is equal parts Nutella and evaporated milk.

Don’t be afraid of the evaporated milk, it’s real milk that has had 60% of the water removed (basically, concentrated milk.)  The evaporated milk gives this drinkable Nutella a nice silky dimensional quality without adding extra fat or unnecessary thickeners. Love. 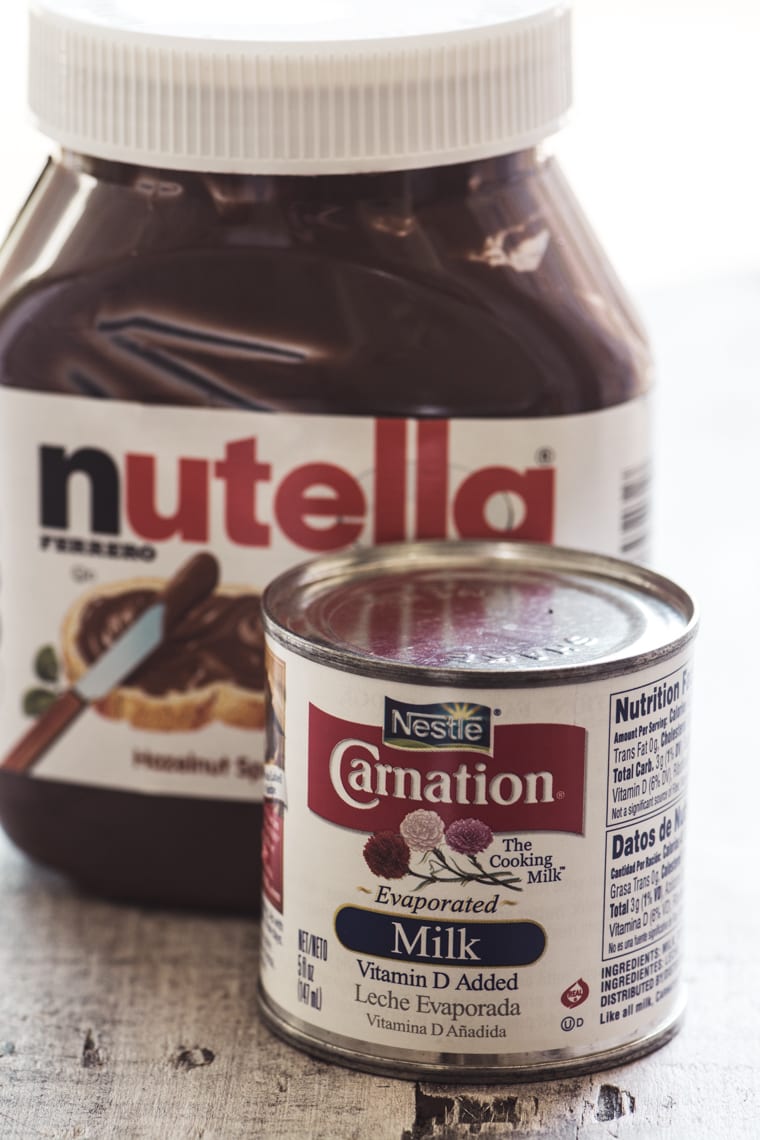 It’s a happy coincidence that both Nutella and evaporated milk are pantry staples. 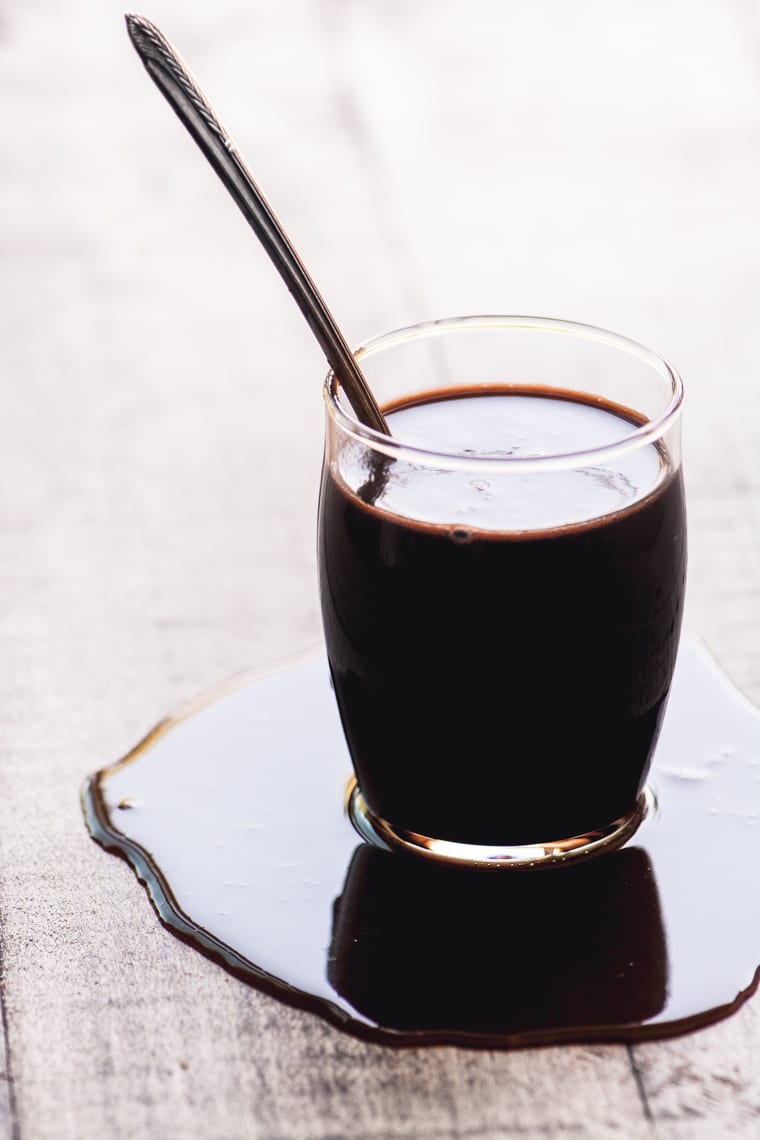 If you have a problem with using canned milk you can actually make your own evaporated milk by simmering fresh milk in a pan until it’s reduced by 60%, instructions here. You can also make evaporated milk by mixing 1 1/2 cups non-fat dry milk powder with 1 1/4 cups water until smooth. This will give you the equivalent of a 12 ounce can.

TIP:  Evaporated milk is really handy to have around, so I recommend keeping a few cans in the cupboard. It works especially well for creamy or cheesy sauces where you want a thick silky consistency. You can use it in place of milk in soups, casseroles, desserts, and even as a coffee creamer! 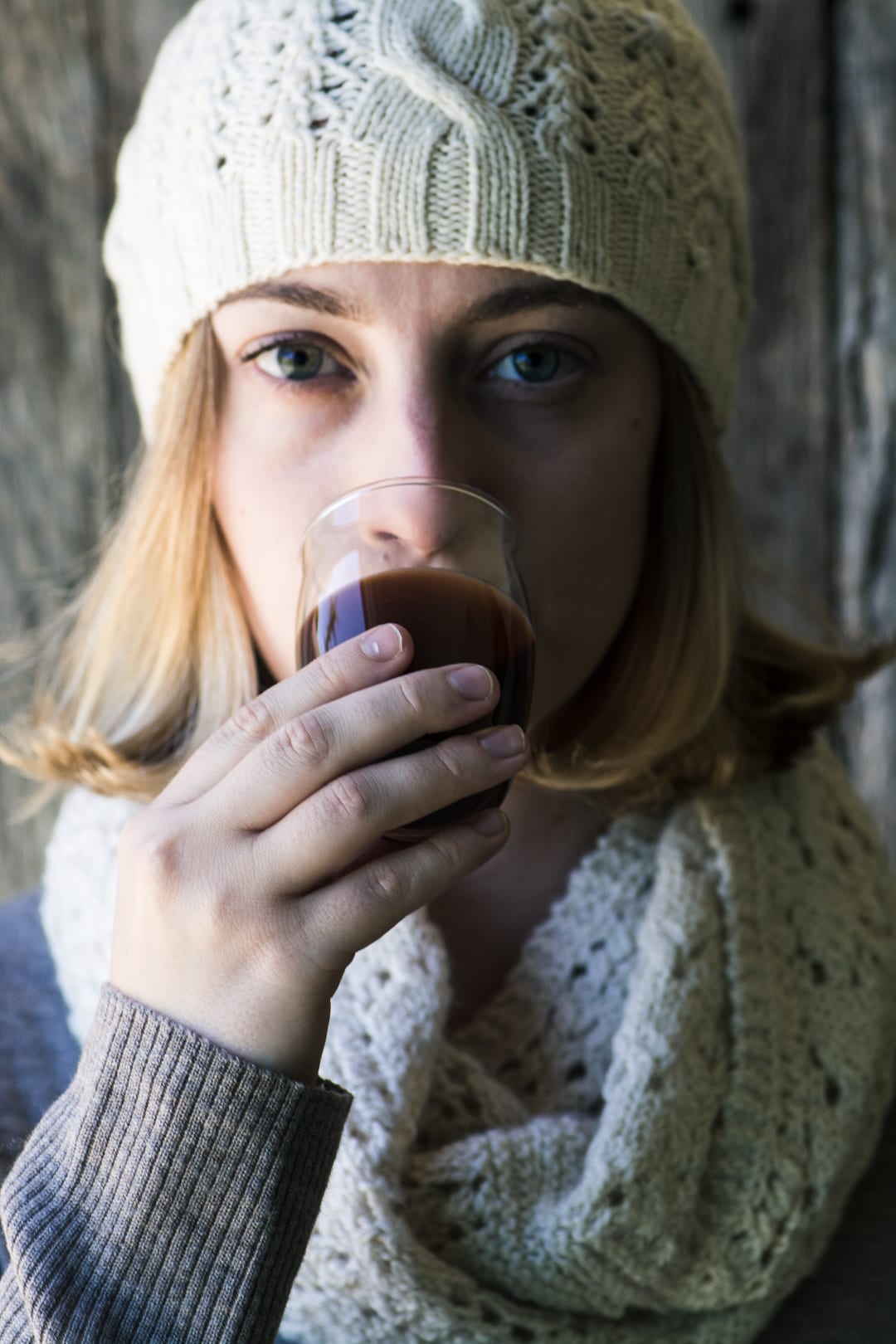 And if you want to get all homesteader about this you can even make your own Nutella, I’ve got a recipe for HOMEMADE DARK CHOCOLATE NUTELLA.

TIP: To make this drinkable Nutella ahead for a party, combine the milk and Nutella in a saucepan until smooth, then refrigerate, and reheat on the stove or in the microwave just before serving. The evaporated milk keeps really well. You can even keep it warm in a crock pot. 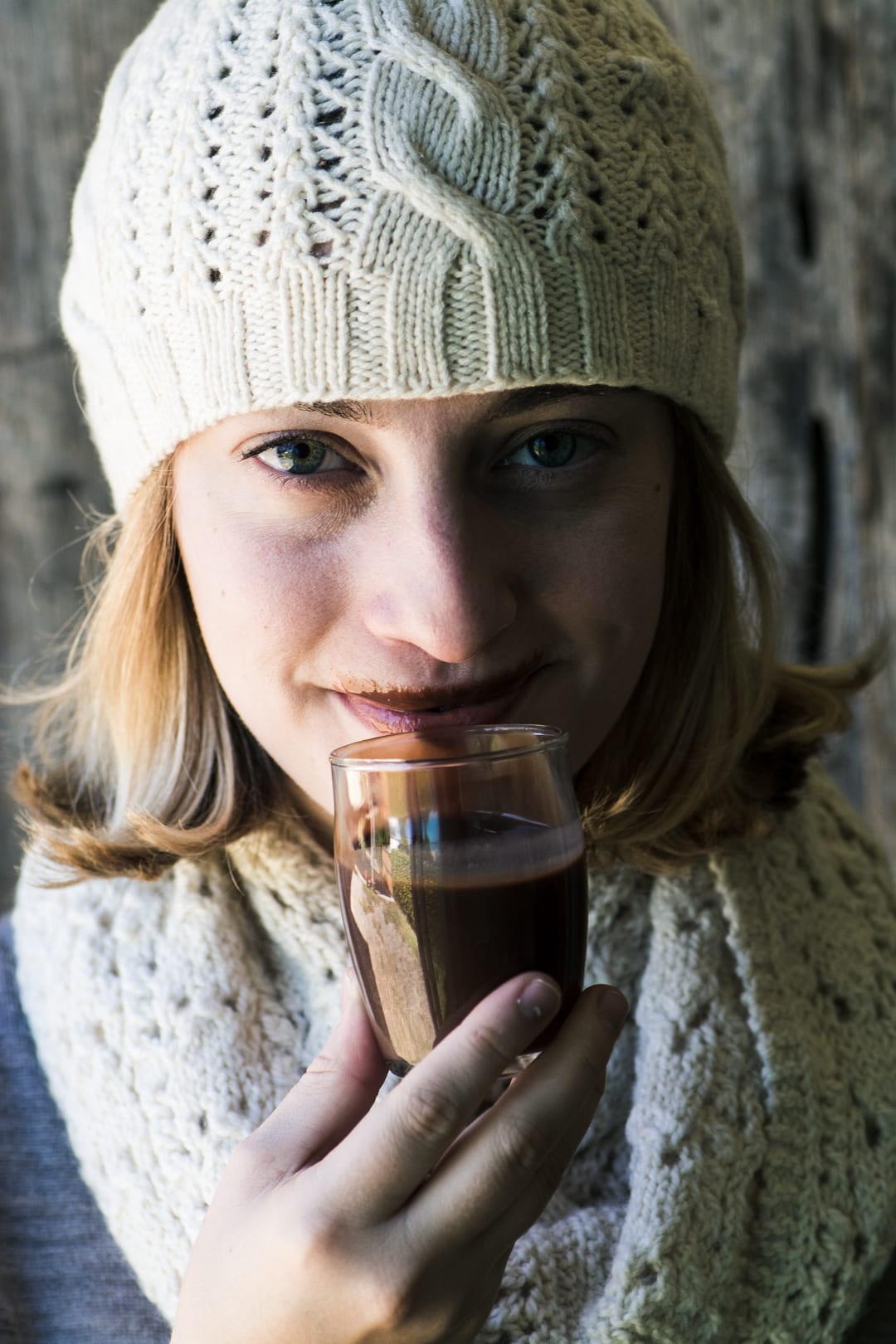 Can’t get enough Nutella? I also love these Nutella recipes… 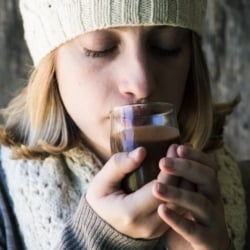 Course: beverage
Cuisine: American
Author: Sue Moran
Keyword: chocolate, hot chocolate, Nutella, winter
Did You Make This?We love seeing what you've made! Tag us on social media at @theviewfromgreatisland for a chance to be featured. 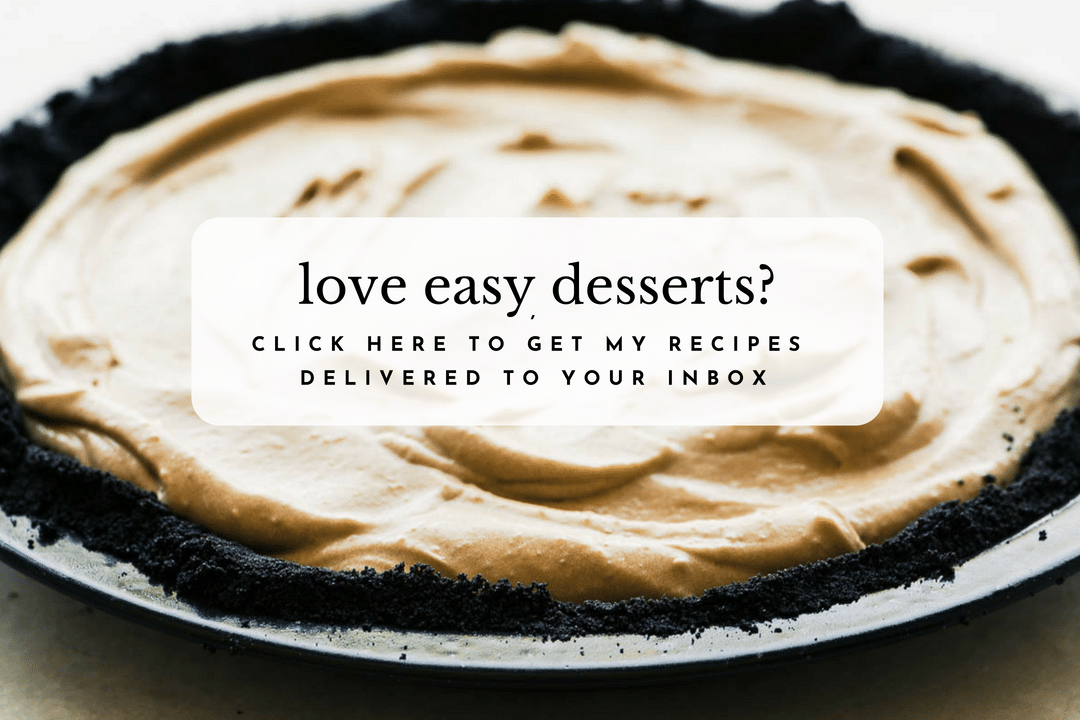 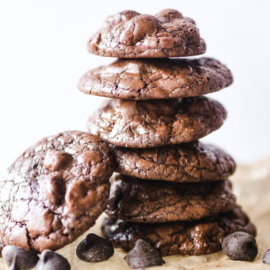 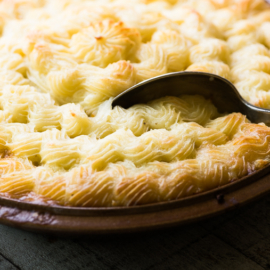 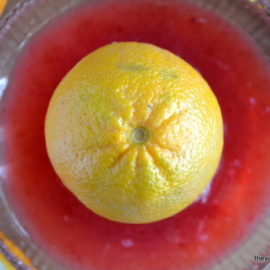 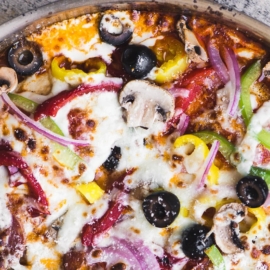