Flourless Nutella Cake ~ If you’re a Nutella fan this is pretty tempting ~ an amazing 2 ingredient recipe that makes the creamiest, chocolatiest dessert imaginable! 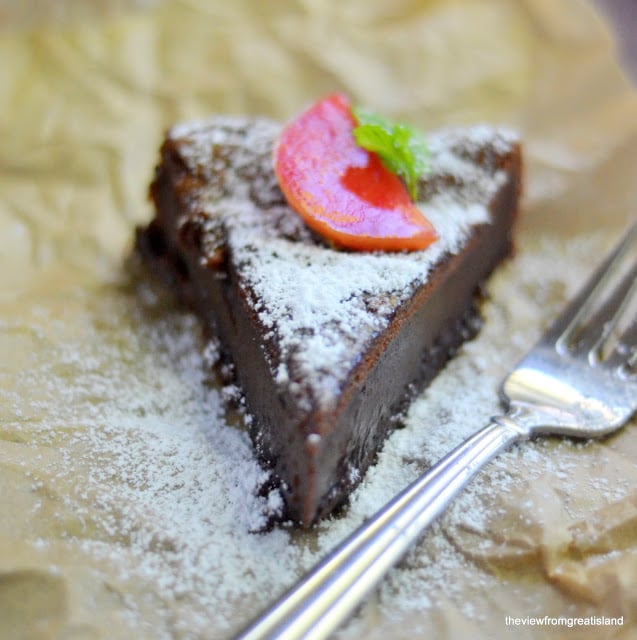 The 2 ingredients are Nutella and eggs. That’s it. It’s almost like a Nutella souffle. 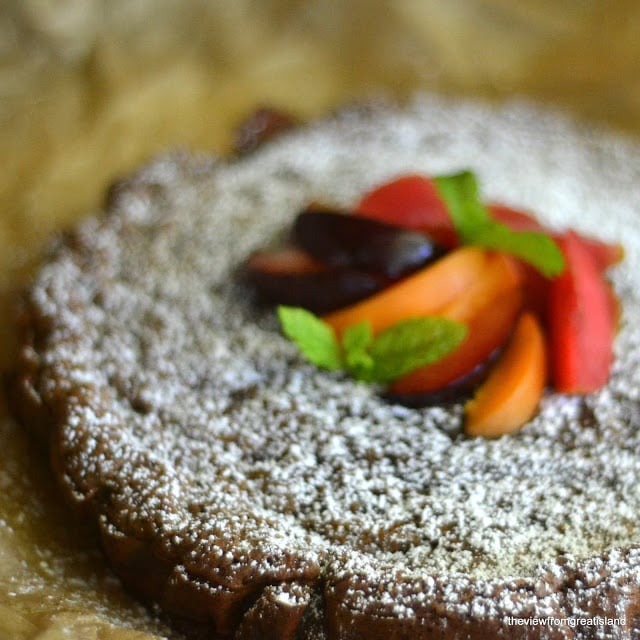 The process is pretty simple but it does help to have a stand mixer because you’ll be beating the eggs for about 10 minutes until they triple in volume. Then you fold the egg and nutella together, and bake in a lined springform pan. 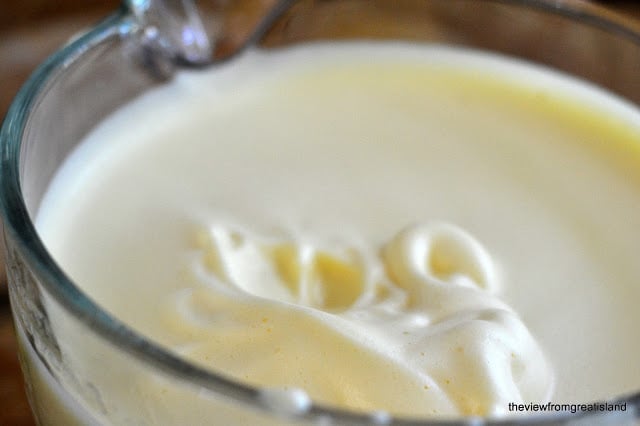 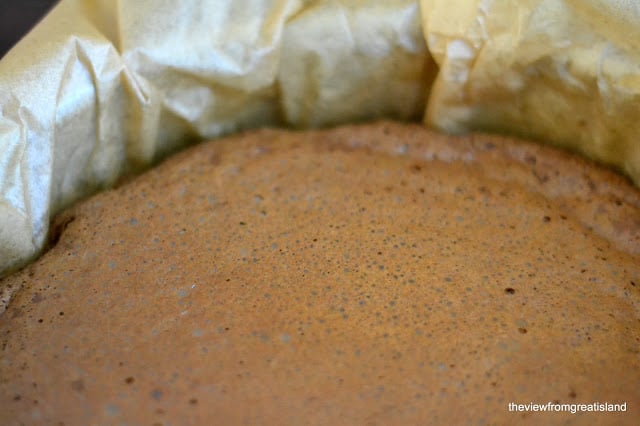 You’ll get a nice thin brownie-like crust on the outer edge, and a thick dense Nutella center. Like most flourless cakes, this one benefits from a little garnish. You can sprinkle it with cocoa powder or confectioner’s sugar, and then go to town with whatever fruit you like. 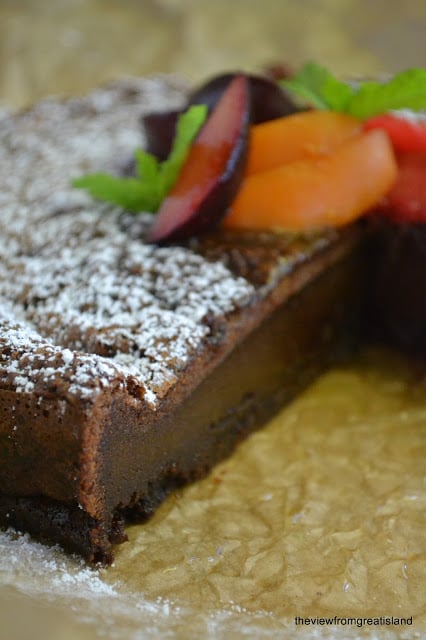 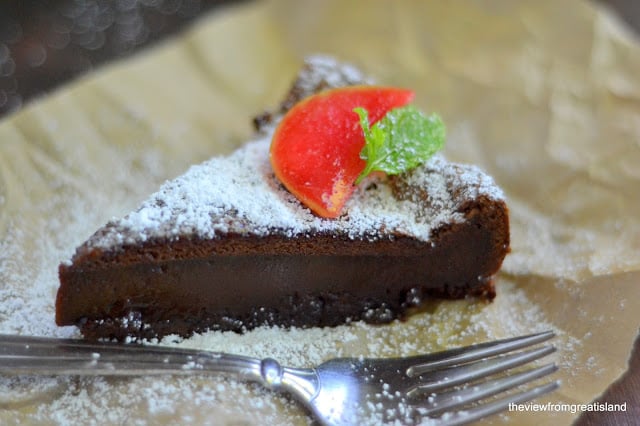 I feel like this cake is a little bit too much effort for what you get in the end. If you’re a Nutella freak, then go for it, but otherwise I would recommend my BELGIAN FLOURLESS CAKE as an easier alternative. You don’t need to line the pan, so you won’t get the wrinkly edge that you get with this cake, and it’s much easier to put together, even though there are a couple of extra ingredients. 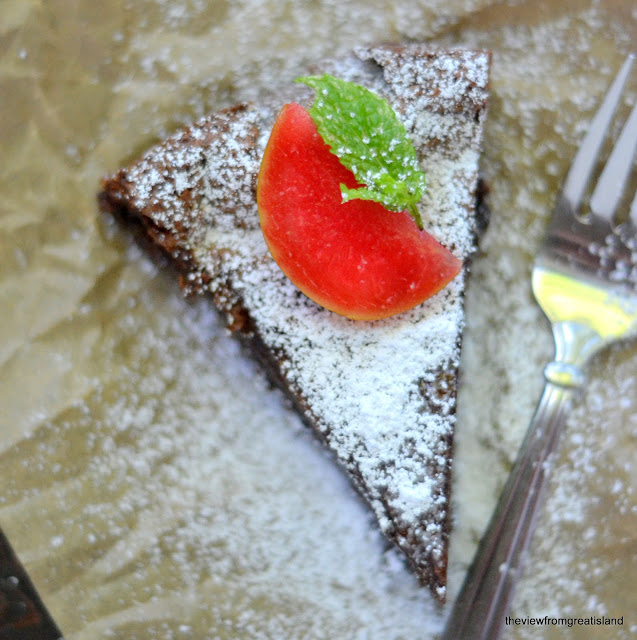 If you love Nutella as much as I do, you will probably love my NUTELLA S’MORES BARS, they’re even better than the campfire originals! 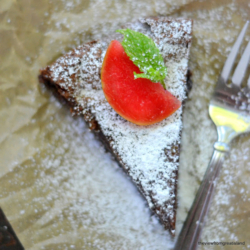 ~~~adapted from Kirby's Cravingsvia Lesley Stowe
Author: Sue Moran
Nutritional information is provided as a courtesy and is an estimate only. This information comes from online calculators.  Although The View from Great Island attempts to provide accurate nutritional information, these figures are only estimates.
Did You Make This?We love seeing what you've made! Tag us on social media at @theviewfromgreatisland for a chance to be featured. 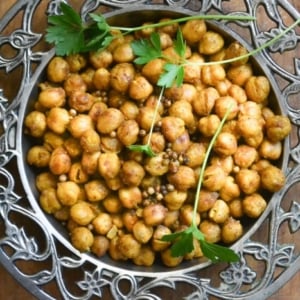 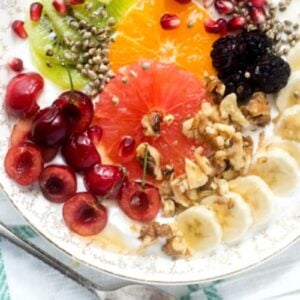 How to Make a Smoothie Bowl 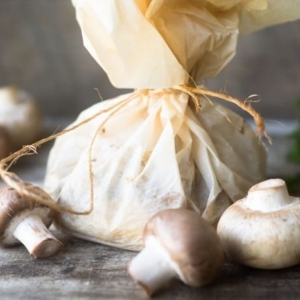 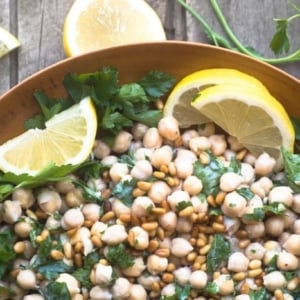