Easy Butter Pecan Bark ~ a pecan studded butterscotch bark that knocks the socks off everybody who tries it. This is for all you butterscotch fans out there ~ it’s proof positive that chocolate isn’t the only game in town when it comes to delicious homemade candy. For just 2 ingredients and a few minutes of your time, you owe it to yourself to see what all the fuss is about! 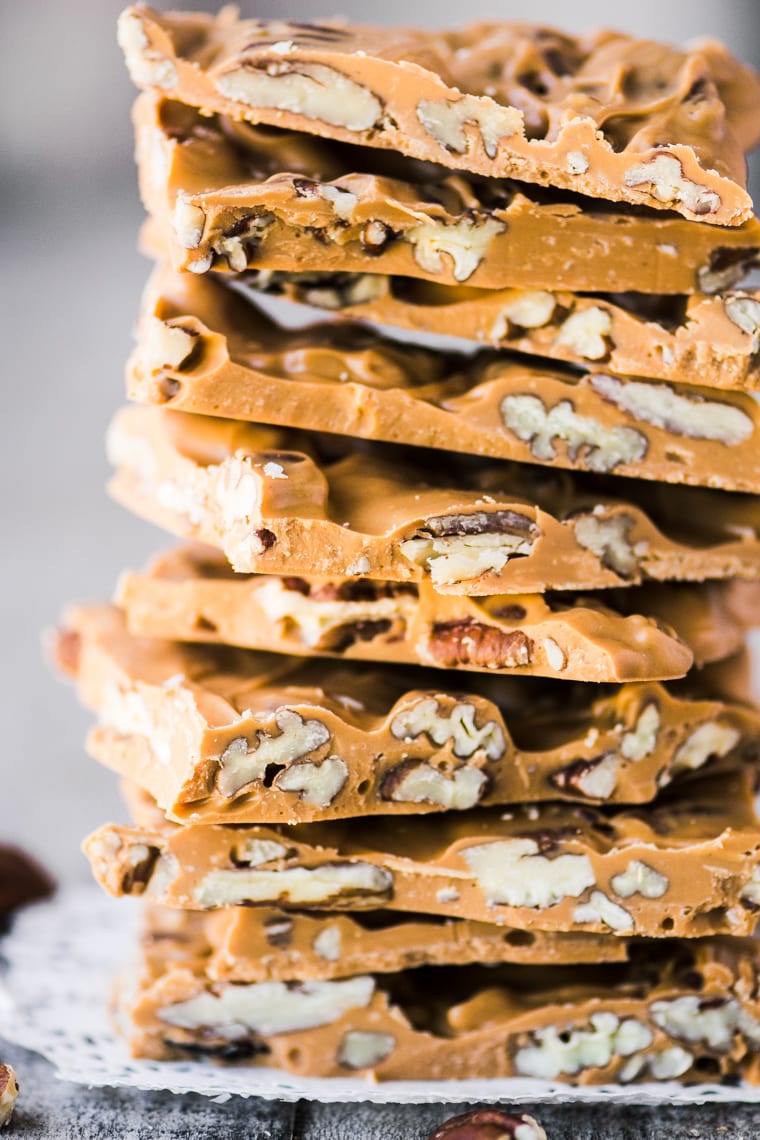 Bark is a simple homemade candy that’s going to save your life during the upcoming holidays. As long as you’ve got a bit of chocolate and some nuts (or dried fruit) in the kitchen you’ll have the makings for a last minute treat or gift. Master this easy technique and you’ll master the holidays, it’s that simple.

This one is made with just 2 ingredients: butterscotch morsels and fresh pecans. It makes a wonderfully unexpected treat to give away, or to hoard all for yourself. 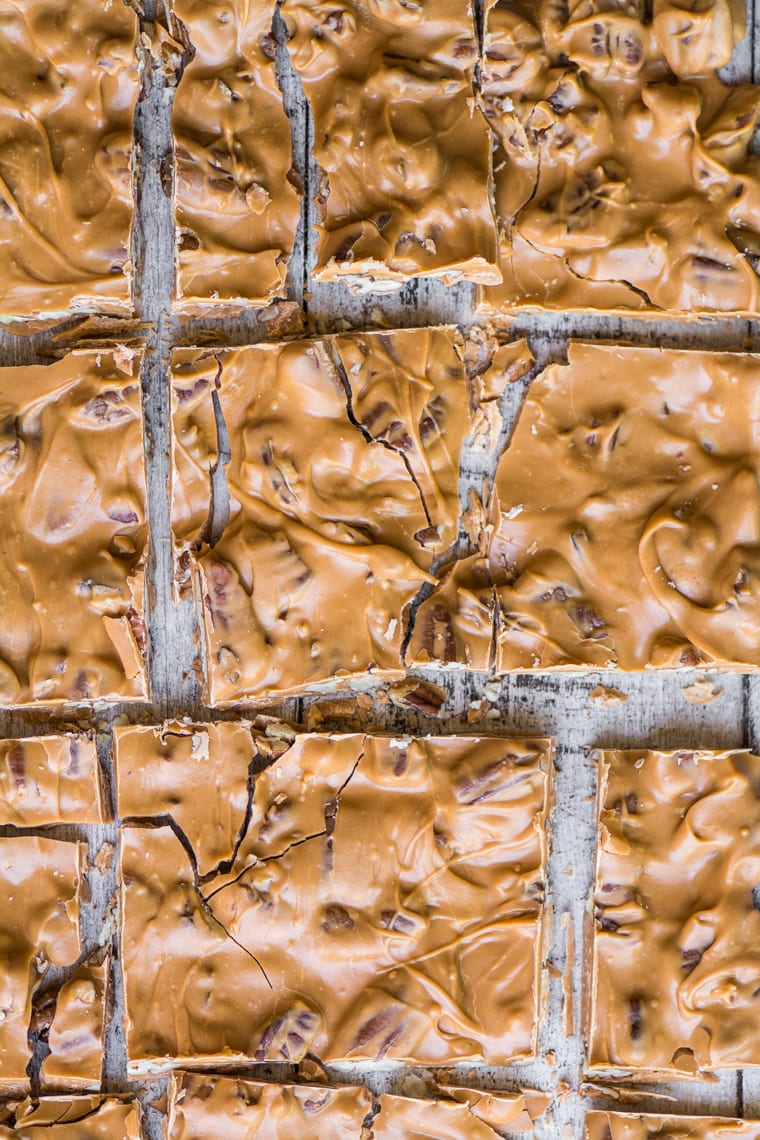 I love those recipes where the ingredients by themselves hardly seem like much, but when you put them together in just the right way, become sublime. Who’d a thought a bag of butterscotch morsels and some pecans could make something so outrageously irresistible? 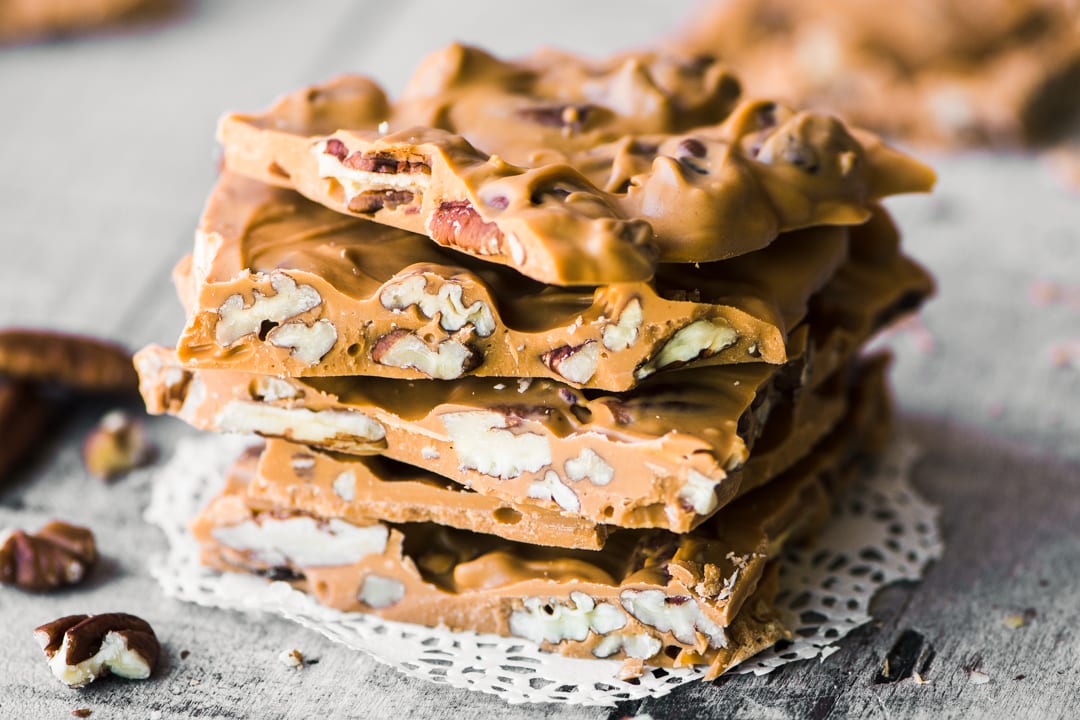 After I finished this photo shoot I asked my husband Grant if he wanted me to save any for him. We’re having a little issue lately where if I keep blog sweets around the house and certain people over-indulge, they get upset, but when I dispose of or give away said treats, that can be a problem, too. Husbands can be a trial sometimes. Anyway, he came over to the table and chose a little shard to test. After he ate that he reached for another, and finally one more little piece. He took a deep breath and said “Let me go weigh myself”. No joke. So he did, and after a minute called in from the other room that I should get rid of them. I packed it all up to take to my sister’s house. Sheesh.

This one you just have to make, that’s all there is to it. Everybody needs a quick and easy candy recipe like this in their arsenal, especially this time of year. 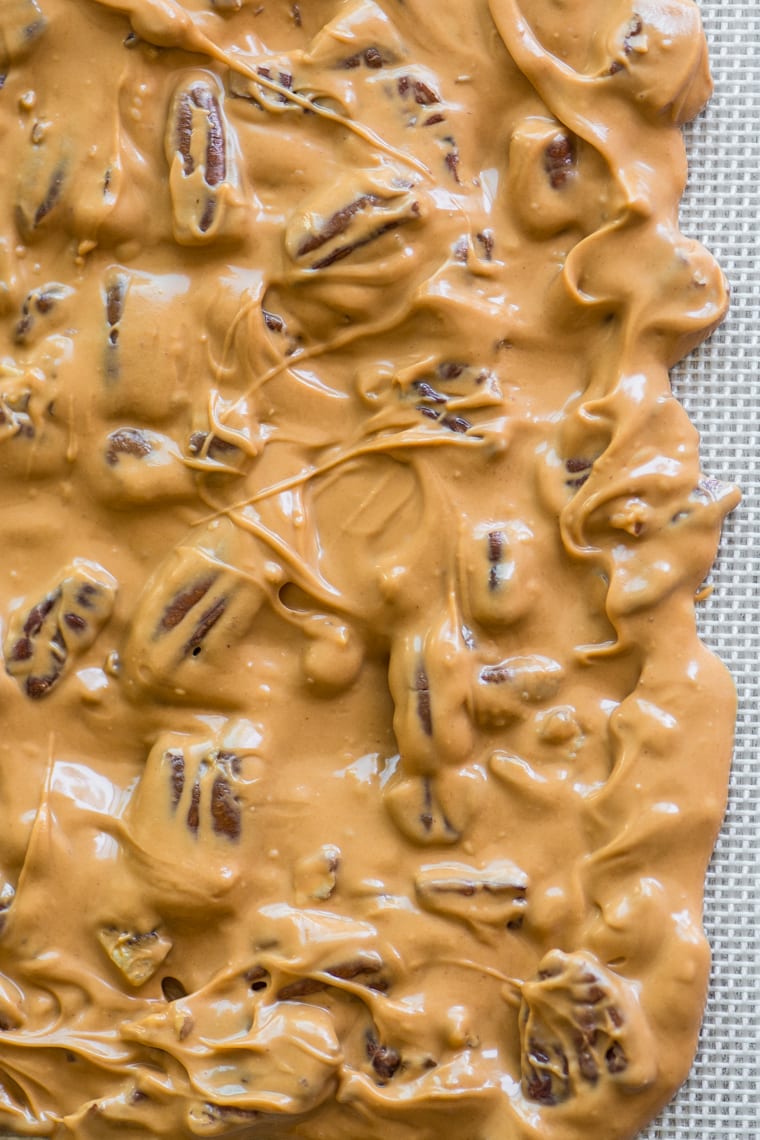 It’s really convenient to have a couple of silicone baking mats in the kitchen for projects like this butter pecan bark. When they first came out, the number one brand was great, but pretty expensive. Now there are lots of competitors, and prices have dropped. I recommend getting a few if you love to bake. If you don’t cut on them, and don’t put them in the dishwasher, they’ll last a long time. 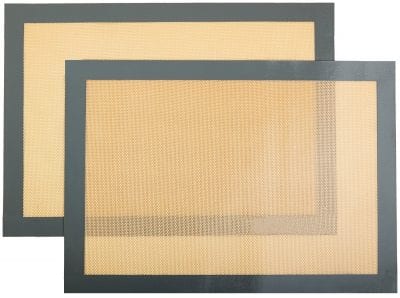 Butter pecan has to be one of the world’s best flavor combos, am I right? Here are a few other ways to get it into your belly… 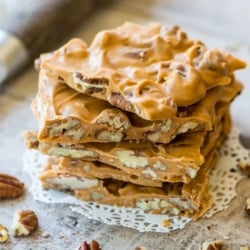 4 from 18 votes
Easy Butter Pecan Bark ~ a pecan studded butterscotch bark that knocks the socks off everybody who tries it.  This is for all you butterscotch fans out there ~ it's proof positive that chocolate isn't the only game in town when it comes to delicious homemade candy.  For just 2 ingredients and a few minutes of your time, you owe it to yourself to see what all the fuss is about!
Print Recipe Rate Recipe
Prep Time:10 minutes
Total Time:15 minutes
Servings: 12 pieces

Calories: 146 kcal
Nutritional information is provided as a courtesy and is an estimate only. This information comes from online calculators.  Although The View from Great Island attempts to provide accurate nutritional information, these figures are only estimates.
Did You Make This?We love seeing what you've made! Tag us on social media at @theviewfromgreatisland for a chance to be featured. 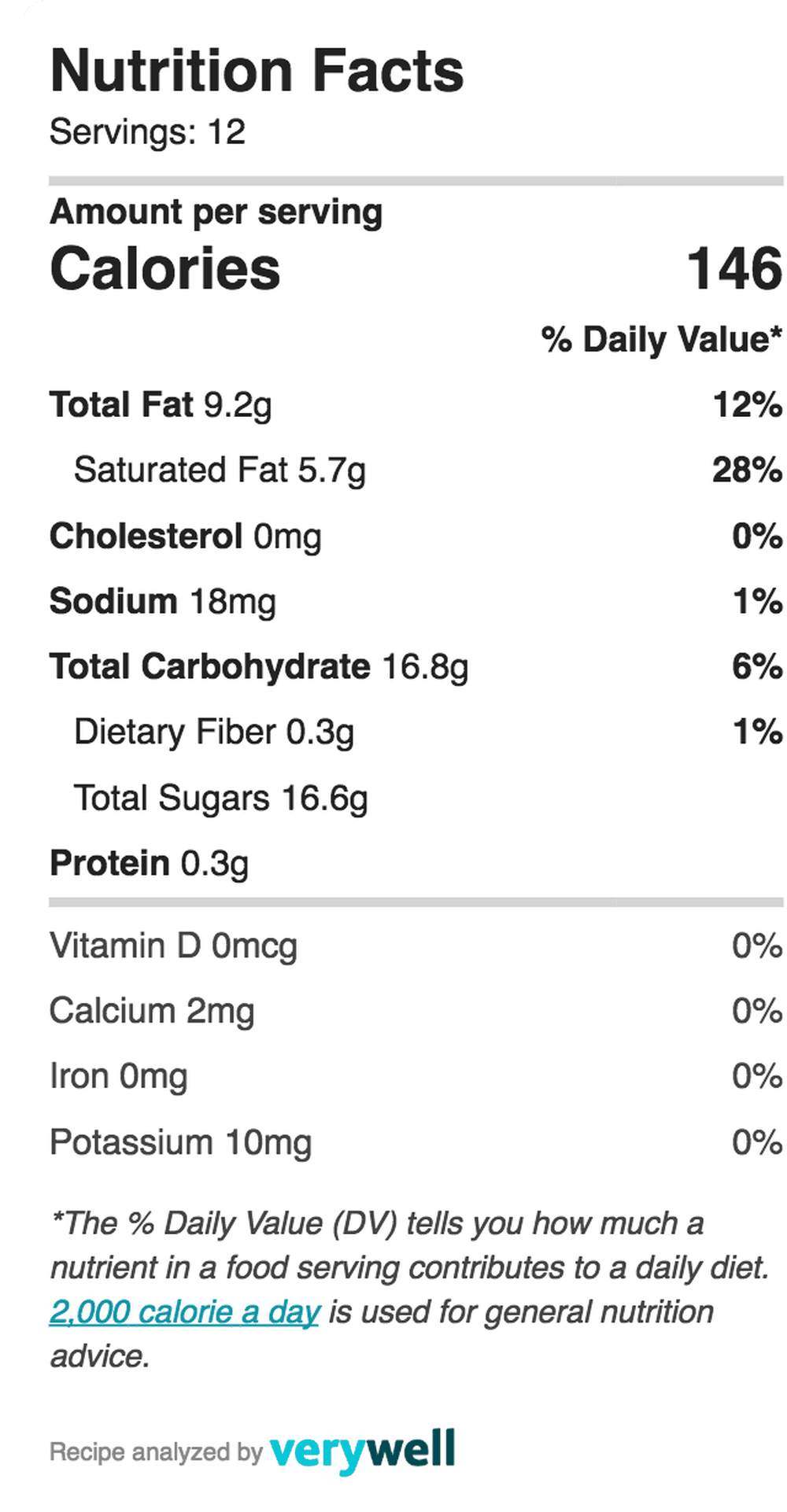 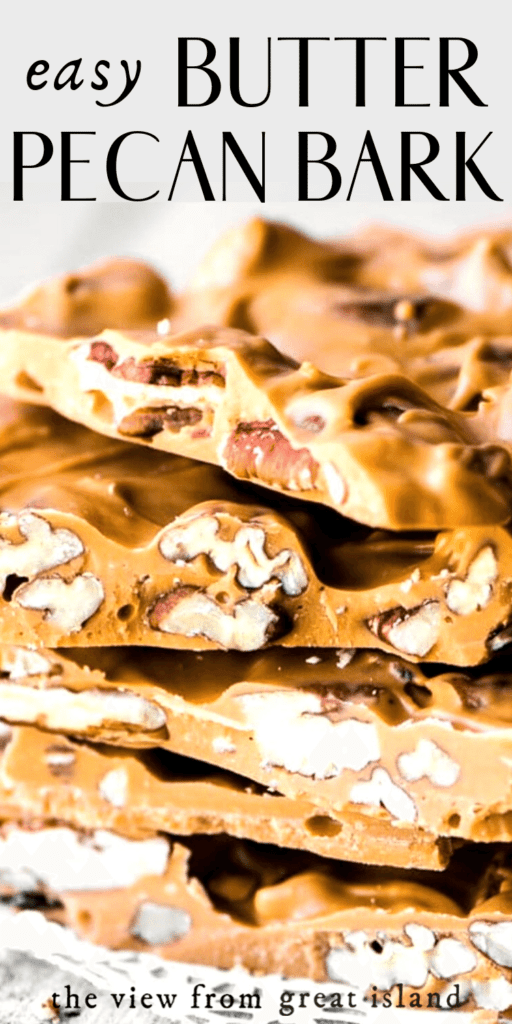 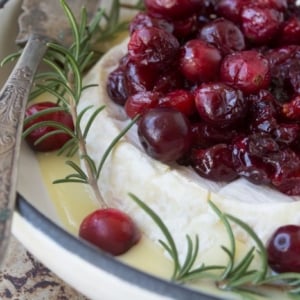 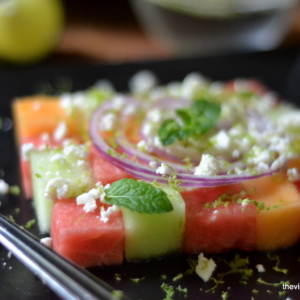 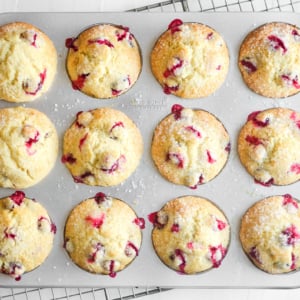 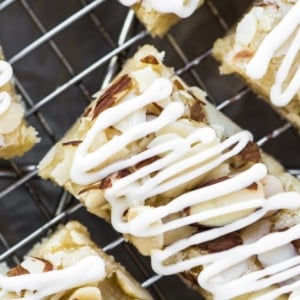