Mini Lamb Koftas with Pomegranate Wine Sauce is a delicious appetizer inspired by one of the Middle East’s favorite meatballs!

Koftas are ground and spiced lamb, shaped into balls or ovals, skewered and then grilled. They are common all over the Middle East, but usually you see them full sized. I thought it would be fun to do a mini version, just perfect for toothpicks and cocktails.

what you’ll need for kofta

Just one pound of lamb makes an army of little kofta. You can make and shape them ahead and cook just before you need them if you want.

the pomegranate wine sauce is the star of the show

They cook up really quickly in a skillet so they’re great for entertaining. But I have to be honest, the pomegranate sauce has to get equal billing. It all started when my daughter and I stopped for lunch on our way home from a round of holiday returns. It was the same old story, we return a bunch of stuff I bought for her, and she finds a few things that she actually likes, things that I wouldn’t have picked out for her in a million years. It’s become a warm and fuzzy holiday tradition.

We chose a Middle Eastern restaurant in a mini mall. (In LA, some of the best ethnic restaurants are in mini malls.)  We ordered Moroccan spiced lamb cigars and they came on top of the most amazing sauce we’ve ever had. It was simply called red wine sauce. It was thick, blood red, sweet/tart, and heavily (heavily) spiced with cinnamon. I asked about it but all they would tell me was that it was made with red wine. I could taste pomegranate as well as the cinnamon, and I was pretty sure I could recreate it.

I tried once and it wasn’t quite right. The second time I hit it right on. There was a lot of oohing and ahhing in the kitchen as we tasted it. It’s incredible. Thick, syrupy, winey, sweet tart, with the surprise spicy heat of cinnamon. I’m pretty sure you’ve never tasted anything like it. There’s only one problem— in order to create this incredible sauce you need to reduce 2 cups of red wine and 2 cups of pomegranate juice down to just about 1/2 cup of syrup. Kind of a splurge. But worth it. And a little goes a long way. And anyway, we are celebrating the fact that it’s Friday, aren’t we?

When you bite into the kofta the lamb is moist and tinted a golden yellow from all the spices. There is a little kick of heat at the back of your mouth. The flavors are so bright and vivid in this appetizer, I hope you give it a try. The koftas are adapted from Rachel Allen, but the sauce is all mine!

For the pomegranate wine sauce

For the pomegranate wine sauce

I minced my onion, shallot and garlic in the small food processor because I wanted a very fine texture for my mini koftas. If you do this, drain the mixture well to get rid of excess water, I used a mesh strainer and a lot of liquid came out. If you don’t want the wine sauce, serve these koftas with a simple Greek yogurt dip. Mix the yogurt with some lemon and cilantro or mint.  Add a little tahini if you like. Kofta recipe adapted from Rachel Allen.
Course: Appetizer
Cuisine: Middle Eastern
Author: Sue Moran
Keyword: ‘kofta, appetizer, lamb, meatballs, Middle Eastern, pomegranate, sauce, wine
Nutritional information is provided as a courtesy and is an estimate only. This information comes from online calculators.  Although The View from Great Island attempts to provide accurate nutritional information, these figures are only estimates.
Did You Make This?We love seeing what you’ve made! Tag us on social media at @theviewfromgreatisland for a chance to be featured. 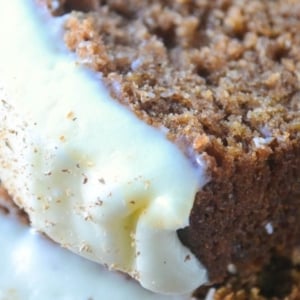 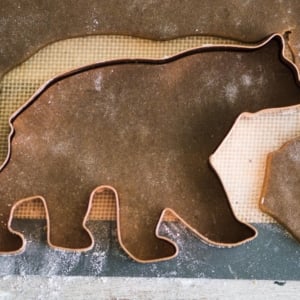 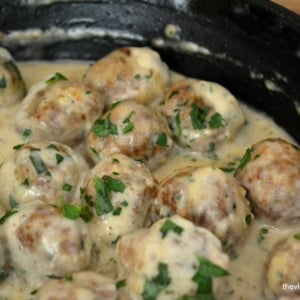 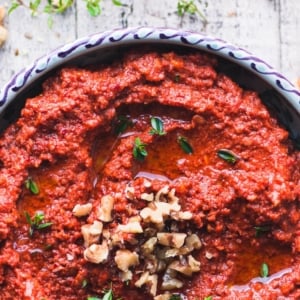