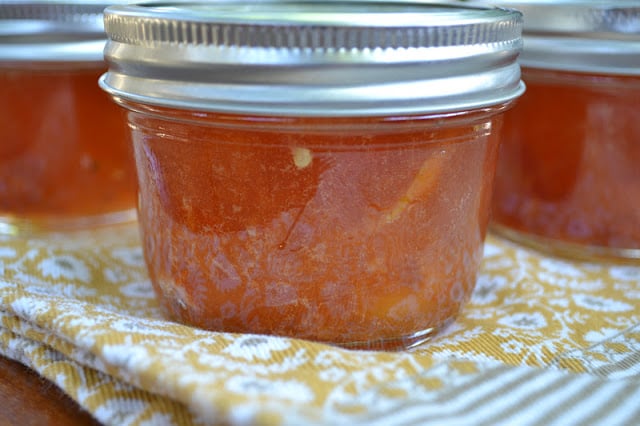 Habanero Peach Jam ~  This epic hot pepper jam isn’t for your morning toast, it’s for the cocktail hour — with some fluffy cream cheese and a crisp cracker,  it’s positively addictive. (And that’s not just me saying that, it’s a well documented phenomenon.) 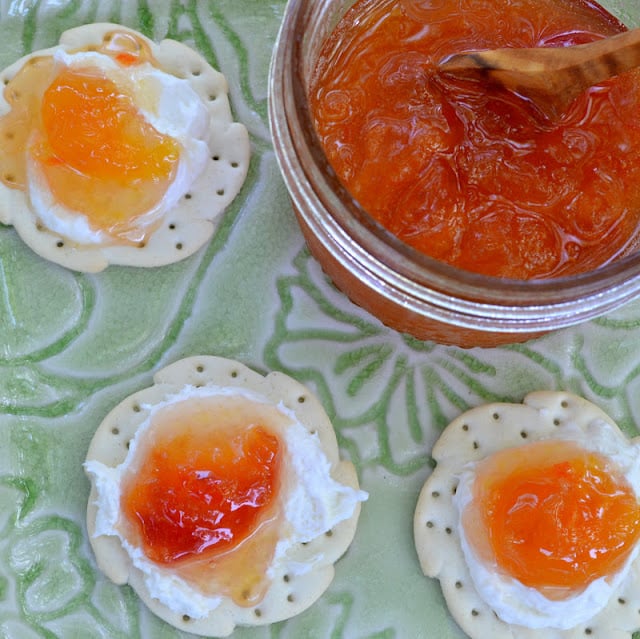 As far as I’m concerned, the world falls into two camps, those who love Habanero Peach Jam, and those who are still living in the dark ages.  If you’ve never had the pleasure then you’re in for an experience.

The beauty of these small batch European style jams that Elisa introduced me to is that they encourage spontaneity. They are so quick and easy you can whip up a small batch any time you get the urge. I had a bag of about 8 peaches from the farmer’s market, and that yielded four 1/2 pint jars. I’m completely hooked. 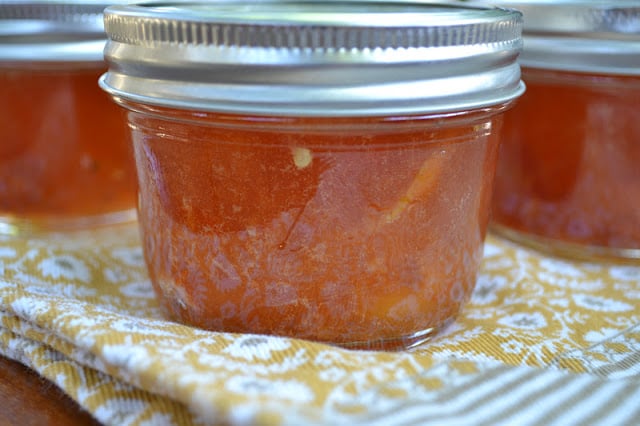 In fact Habanero Peach is the perfect jam to make when you only have a few peaches; it’s so powerfully flavored that a little goes a long way. One small jar will transform a plate of cheese and crackers into a party. You will definitely make converts of any of your friends who haven’t tried it before. By the way, this jam makes a great host/hostess gift, too. 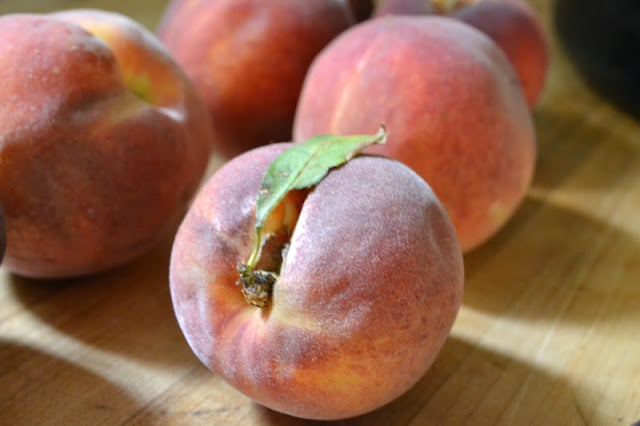 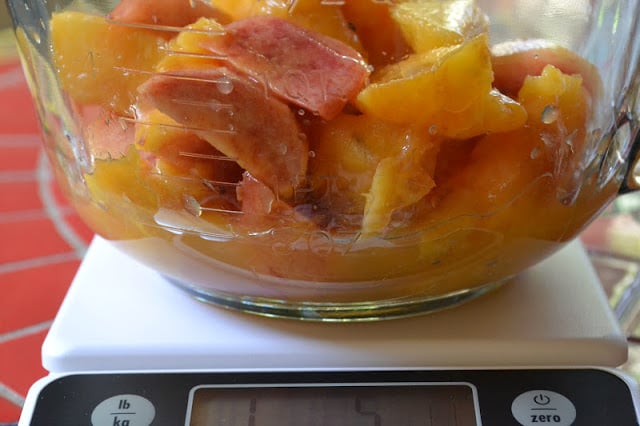 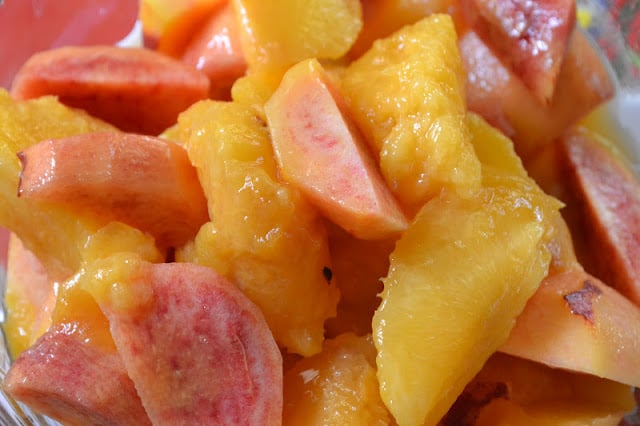 I must have grabbed two different varieties of peaches by mistake because when I peeled and sliced them they were different colors…pretty! 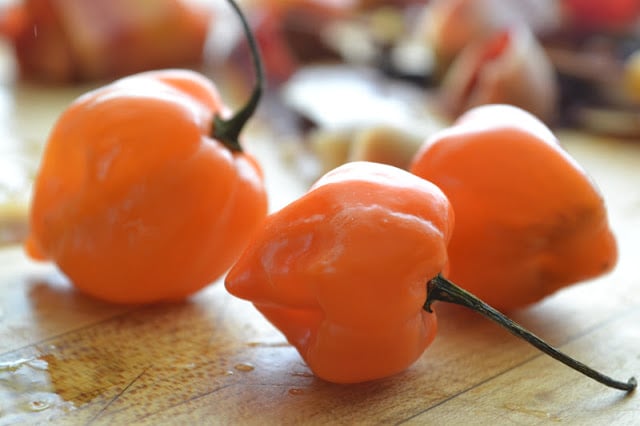 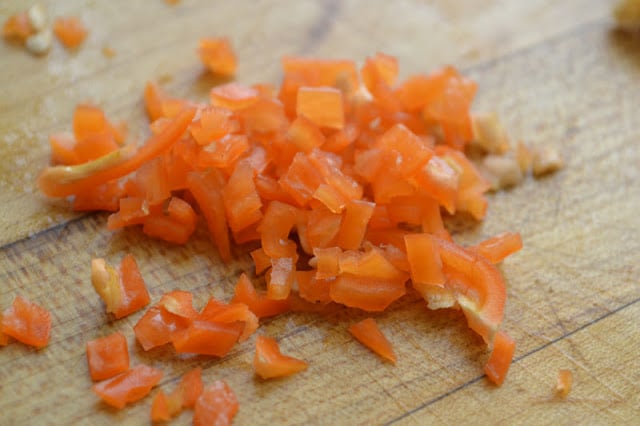 Be sure to wash well after cutting the habanero, in fact you probably have to wash more than once. I make the mistake every time. But don’t worry too much about the heat; once it’s cooked into the jam its bark is worse than its bite. The sweetness of the sugar and the peaches counteracts it a bit. 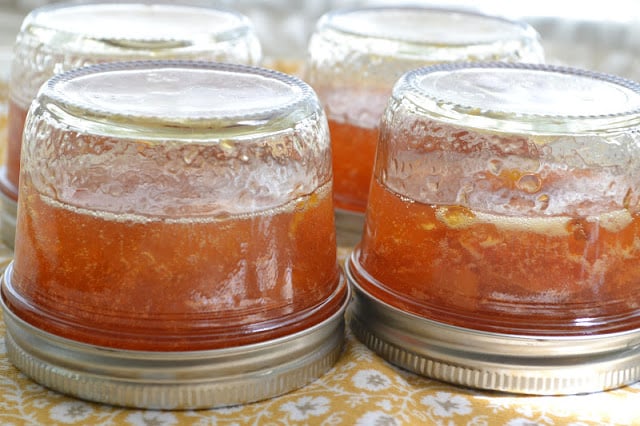 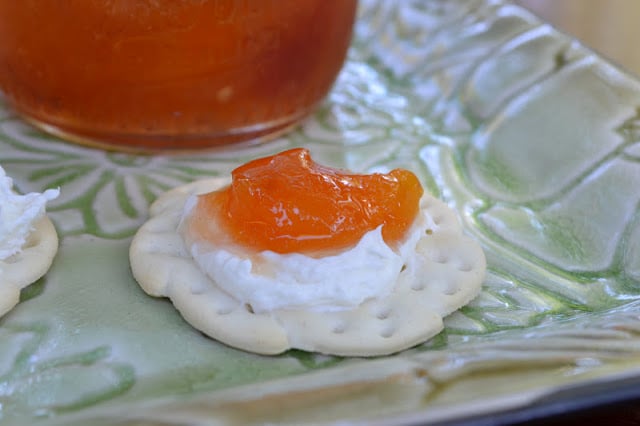 Addictive, I tell you. Don’t run out of cream cheese or crackers or you’ll be sorry…

As promised, I’m also bringing you Elisa’s recipe for Vanilla Peach Jam, this is just the way she sent it along to me. It requires special jam making sugar, which contains added pectin. This is common in Europe but not here in the states. I couldn’t find it anywhere either online or in stores. I’m assuming that this jam could also be made with equal parts peaches and regular sugar. The combination of peach and vanilla sounds heavenly for scones or biscuits.

Peel the peaches and cute them in quarters. Put them in a big pan, with half their weight in special, high pectin content, sugar. Mix and mash the fruit a bit. Let the mixture stand for a few hours. In the meantime, prepare clean glass jars to be filled. When you start heating the mixture, add vanilla beans that you have previously sliced open along their lengths (roughly 2 beans for 1kg fruit). Boil until you are satisfied, doing the cold plate test regularly. Pour the hot liquid in the jars. Cut the vanilla sticks in halves, and put one half in each jar. Close the jars and turn them upside down.

Note: This is the way they make shelf stable jam in Europe, but here in the States this is not considered to be a safe practice. I recommend storing your jam in the refrigerator and using within a month.

“I will be making this again for my third time.. just has such wonderful flavor! We use the jam as a glaze for grilled salmon. Thin it down with balsamic vinegar and then glaze the fillet and broil. It’s really tasty! Will be making the nectarine habanero jam next :).” ~ Jill 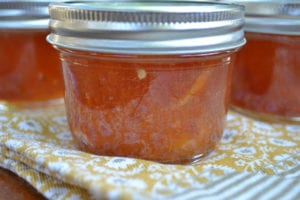 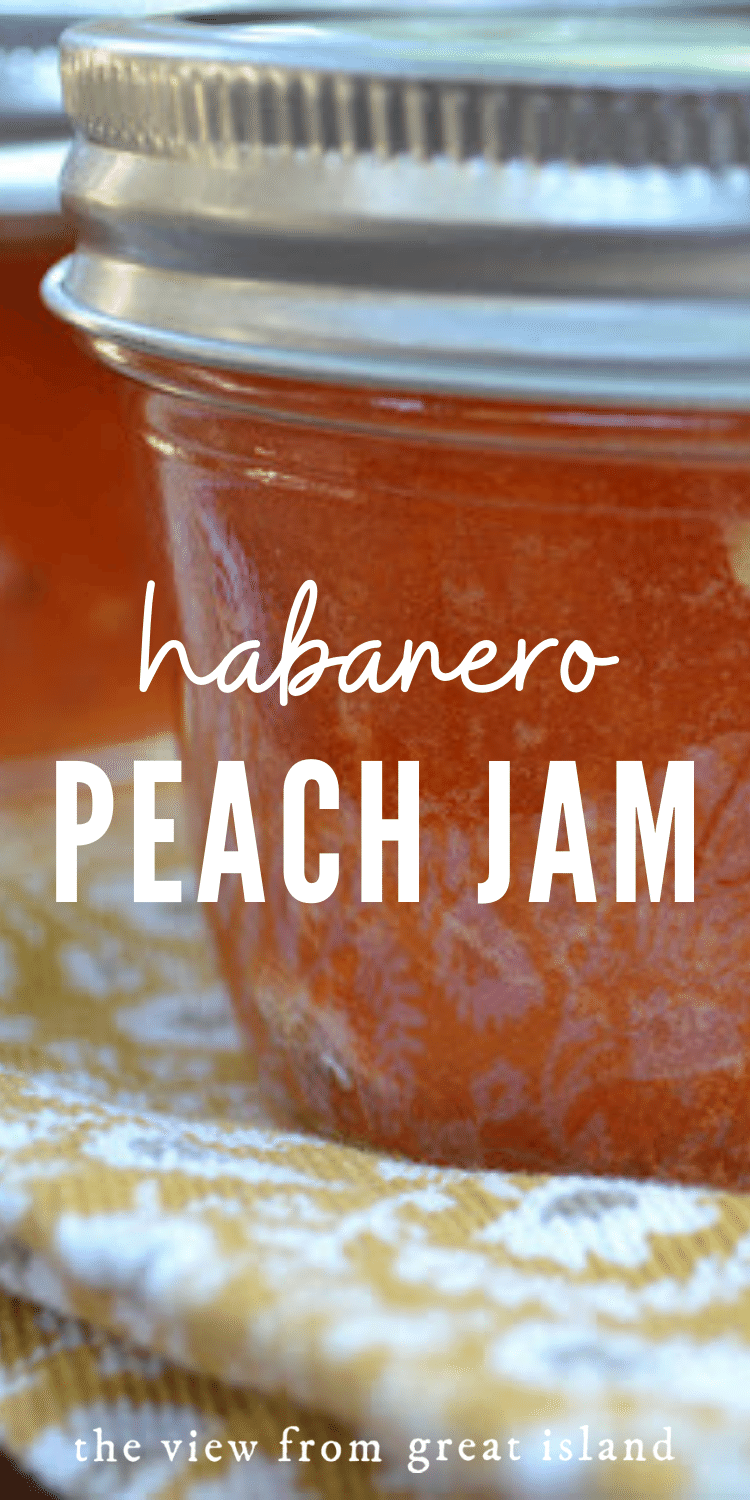 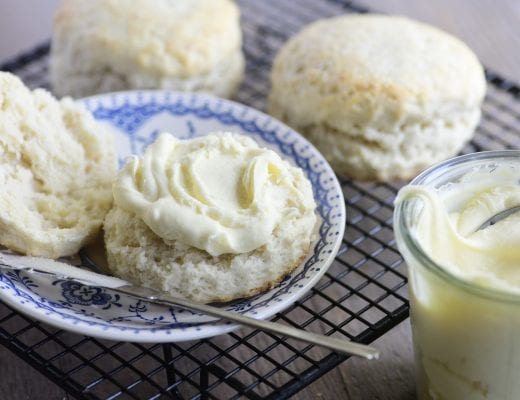 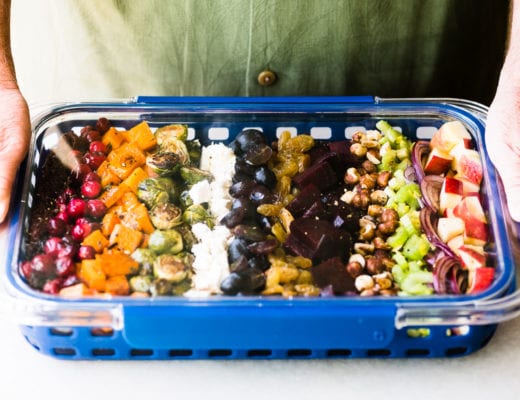 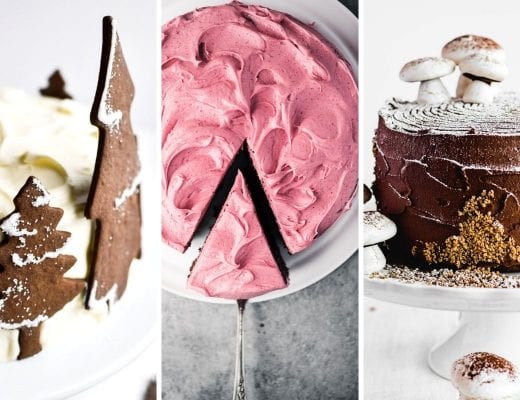