Rhubarb Ice Cream is a throwback to simpler times when you made your own frozen treats every summer with ingredients you grew yourself. But even if you don’t have a backyard patch or a rhubarb sharing neighbor, grab yours from the produce aisle, this is too good to miss! 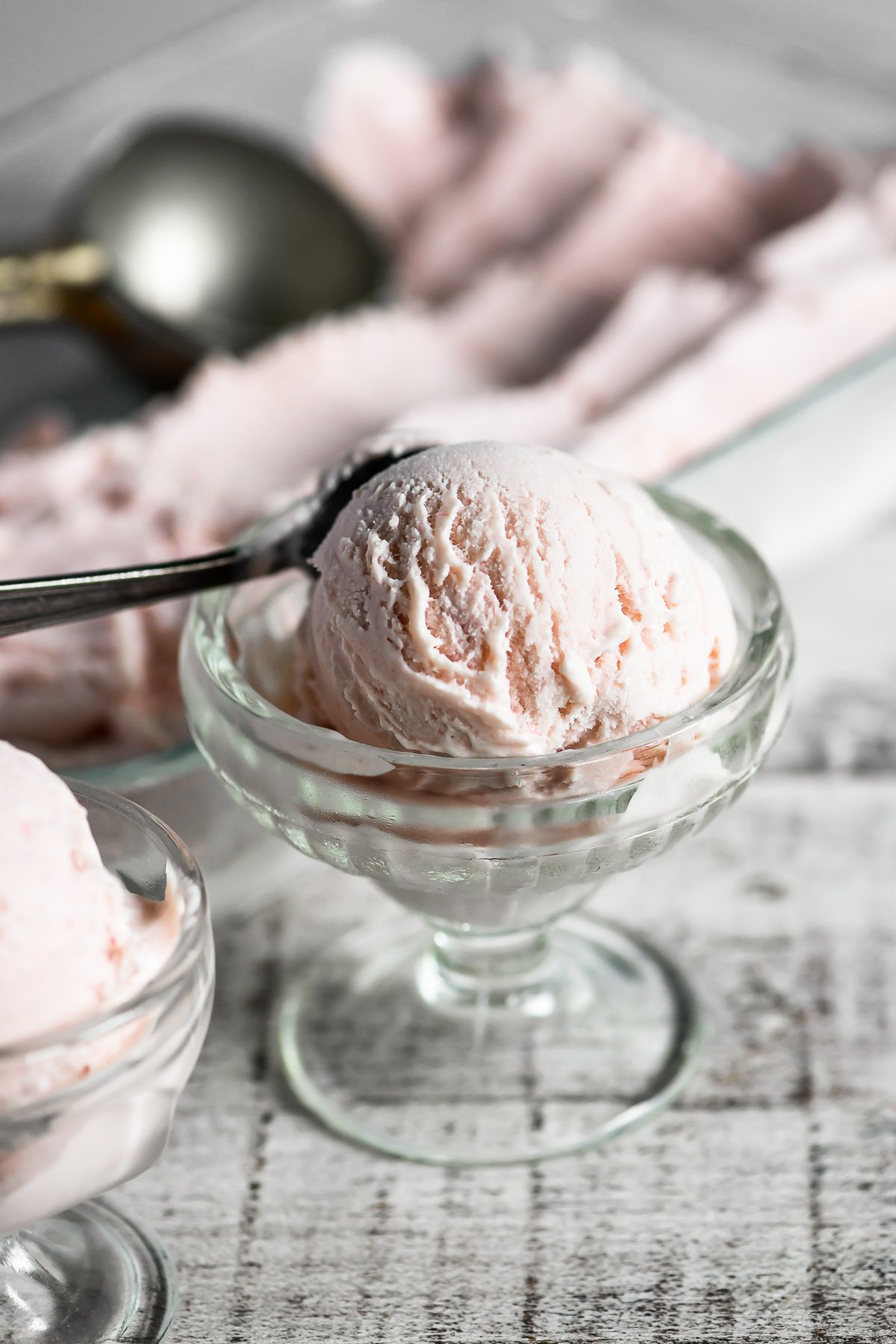 Rhubarb makes a fabulous ice cream flavor because of its natural tartness.

Rhubarb is famously tangy, and that actually helps the flavor shine through in this creamy ice cream (you can taste a similar effect in my fresh lemon ice cream). The perfect soft pink color comes from several stalks of rhubarb sliced and cooked down into a thick compote, it takes just a few minutes on the stove. After chilling I fold into a classic vanilla custard ice cream base. It churns up into the prettiest summer ice cream you’ve ever seen. Oh, and definitely steal a taste while it’s churning, that’s one of the best perks of making your own. 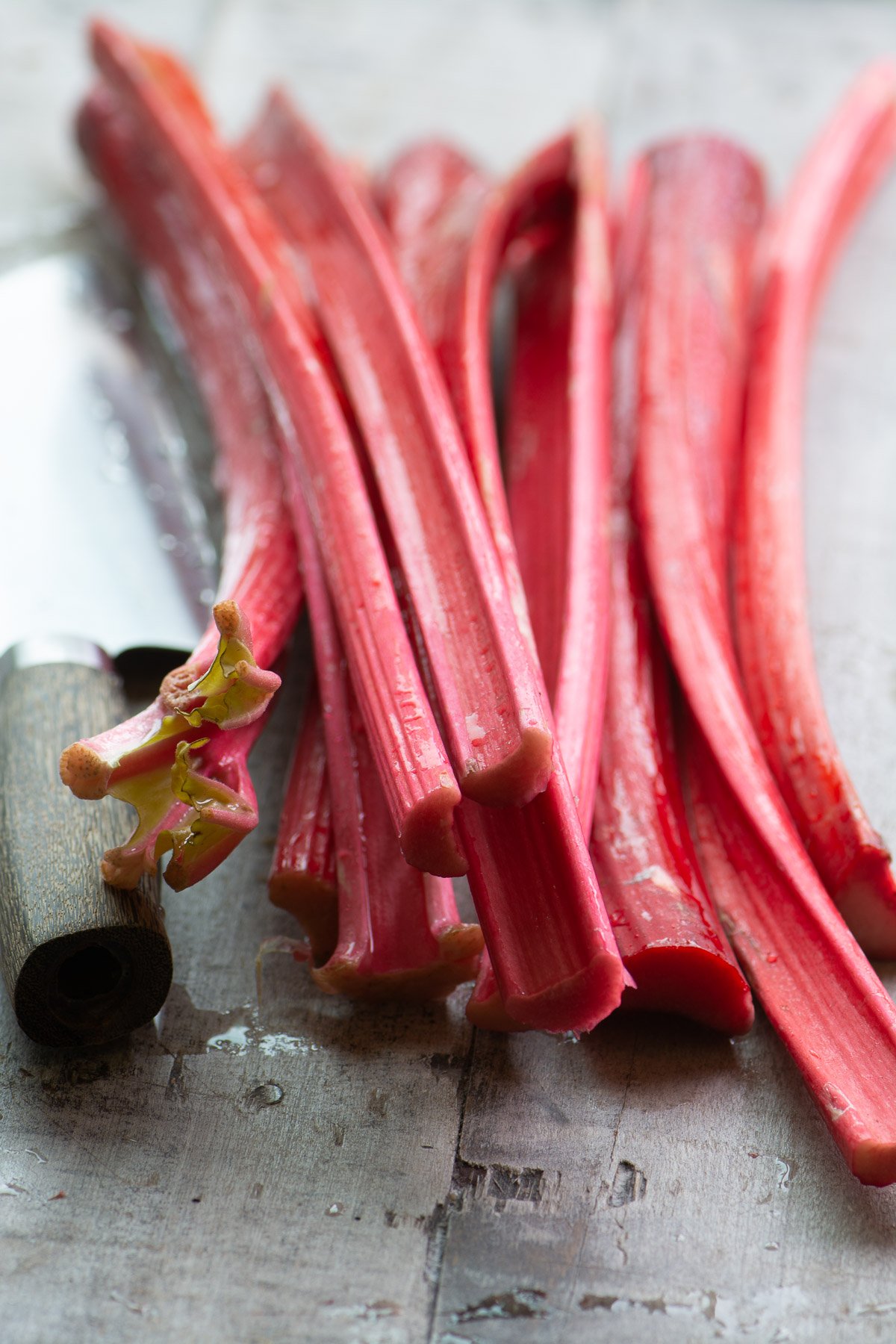 My rhubarb ice cream recipe starts with a few cups of sliced rhubarb.

It’s actually a vegetable, but we tend to use it as a fruit in cooking. You can see it looks like celery, even though the two aren’t related at all. You can eat the stalks raw, but they’re suuuuuper tart (not recommended,) so most of the time we cook it with sugar and make it into amazing desserts. Rhubarb’s a hardy perennial that grows almost like a weed in many parts of the country, so you might well have some growing nearby.

You can use red, pink, or green rhubarb in this recipe, it won’t matter for the flavor, but the darker your rhubarb, the prettier your ice cream will be. 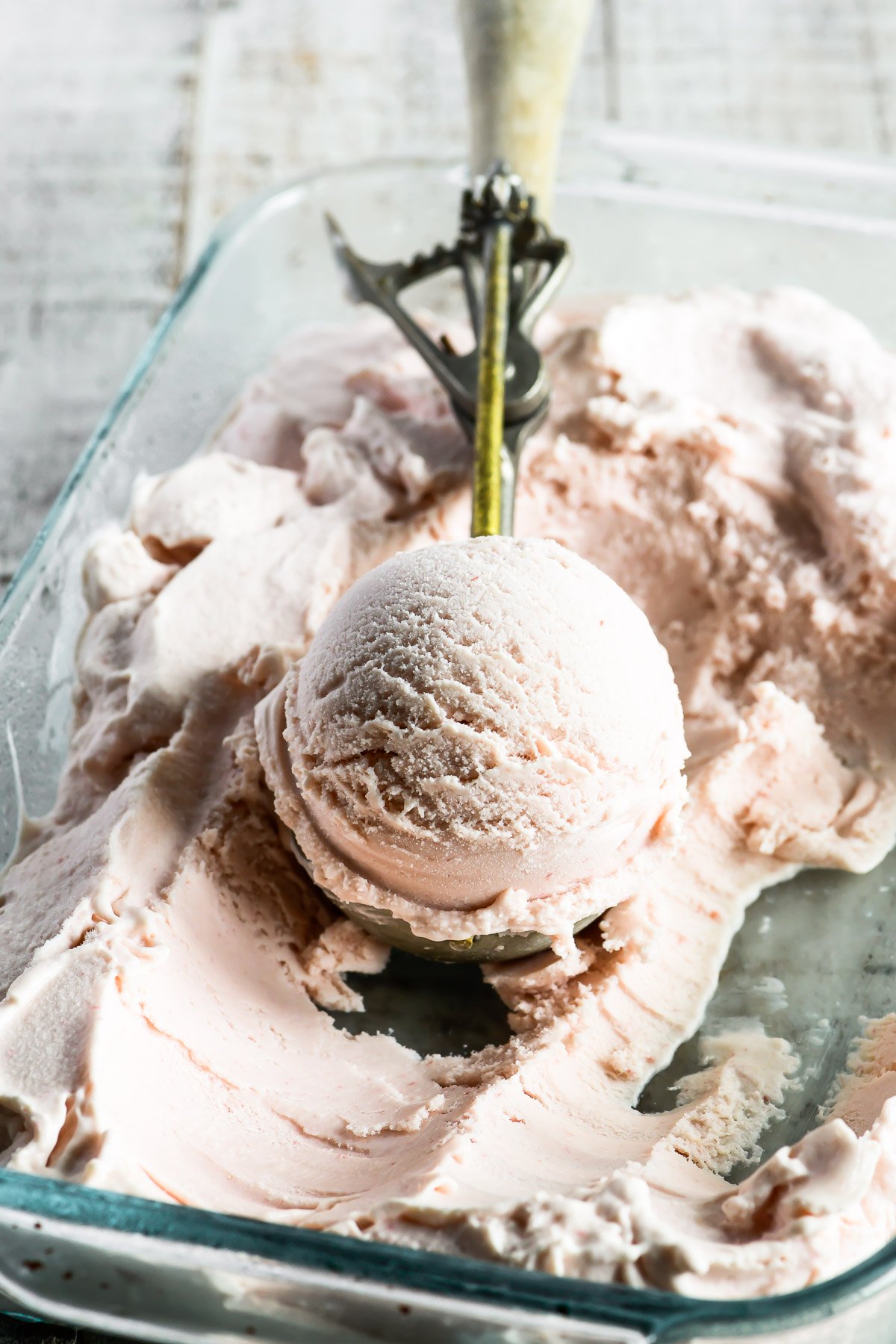 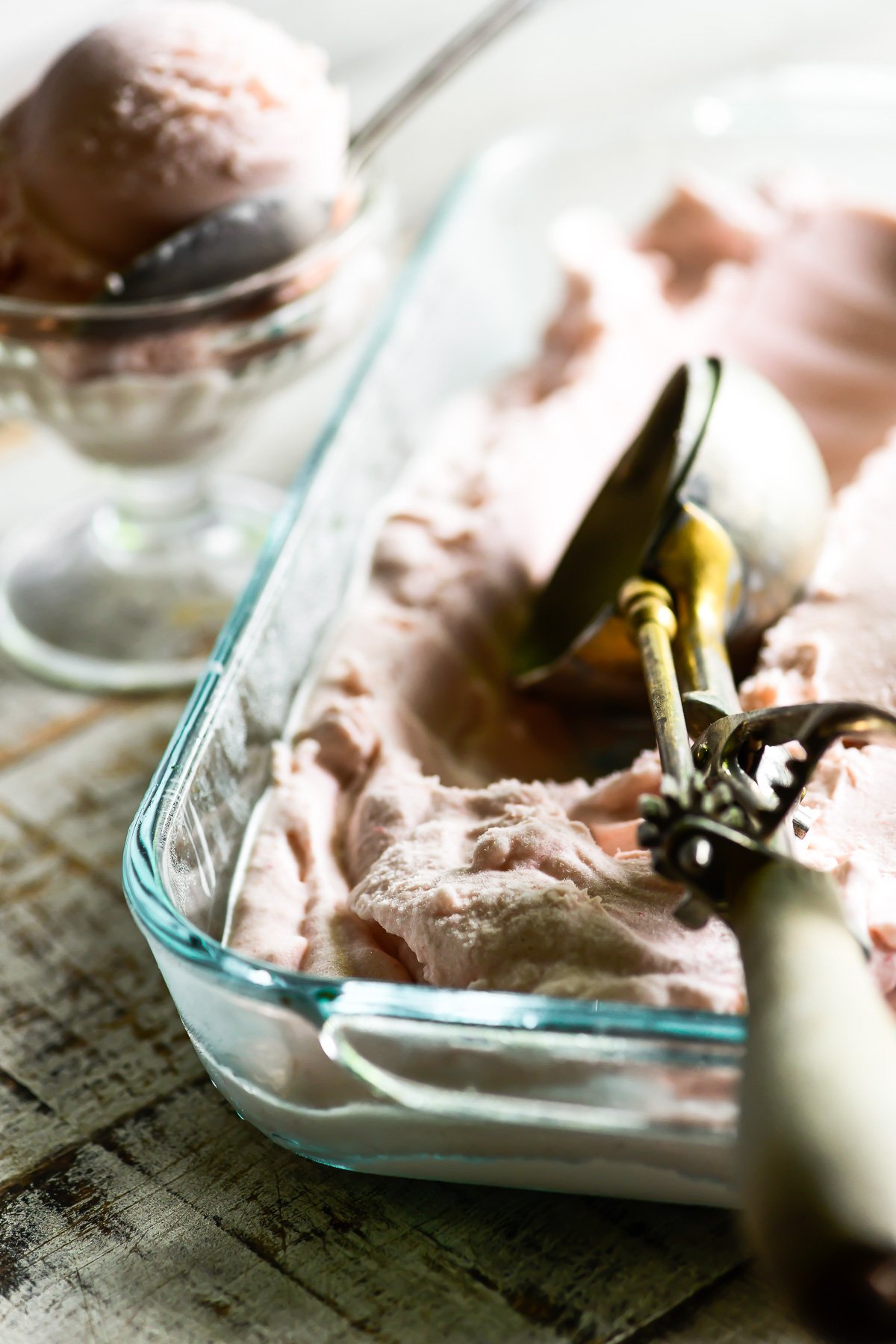 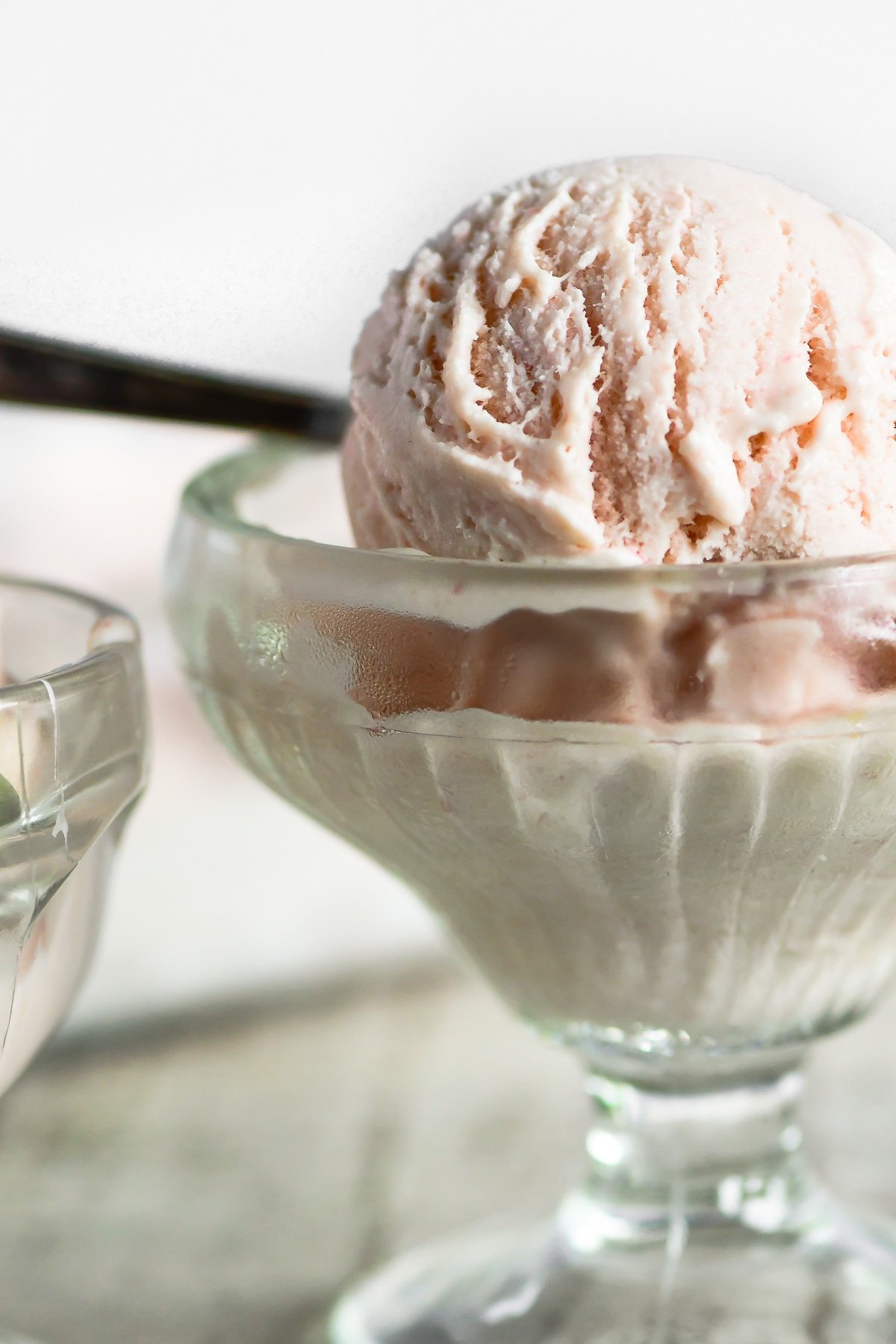 PIN IT TO YOUR FAVORITE DESSERT BOARD SO YOU DON’T LOSE IT.

JOIN ME ON PINTEREST FOR MORE CREATIVE RECIPES ~  I LOVE TO PIN ! 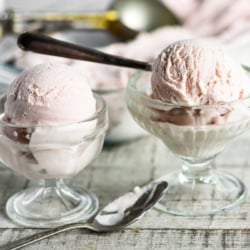 This recipe is a little larger than others on my blog, and may be a little too much volume for smaller ice cream machines.  If you have a smaller 1 quart machine, you may want to reduce the milk or cream by 1/2 cup.
Course: Dessert
Cuisine: American
Author: Sue Moran
Keyword: dessert, homemade, ice cream, rhubarb, summer
Did You Make This?We love seeing what you've made! Tag us on social media at @theviewfromgreatisland for a chance to be featured. 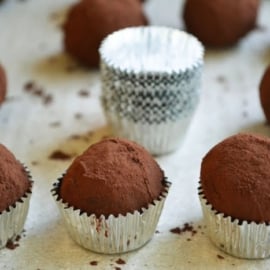 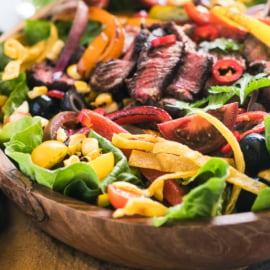 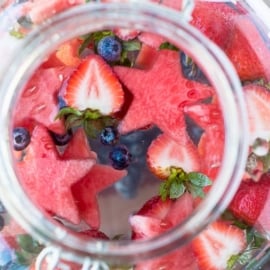 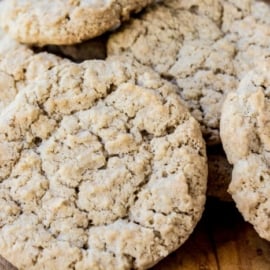