There’s nothing better than homemade ice cream, unless it’s Irish whiskey ice cream ~ this is the ultimate adult frozen treat!

All Saint Patrick’s Day food doesn’t have to be green. In fact, the best of it is decidedly not green, like IRISH STEW,  BROWN BREAD,  and of course, whiskey. But don’t think this Whiskey Ice Cream is just for St Paddy’s Day, either, it’s going to  be killer on your holiday pies, and I bet it would make a pretty great adult milkshake this summer, so keep this little gem of a recipe in your back pocket, it’ll come in handy, I promise.

If you were awake during high school chemistry class you probably know that alcohol freezes at a higher temperature than most other liquids. That means that it’s very tough to make ice cream with a strong alcohol content….the alcohol raises the freezing temperature of the ice cream and it turns out soupy, no matter how long you leave it in the freezer. You can make a soft serve type of thing, but for a true ice cream consistency, it takes some creative thinking.

I added a packet of gelatin to my regular ice cream recipe, and that does the trick. It thickens the ice cream and allows me to spike it with enough Bushmills to be worthy of the name. I can’t pretend that having multiple test batches of Irish whiskey ice cream in the freezer is a bad thing…but I will say that this recipe took some experimentation. I eventually came up with a bang on creamy, scoopable, whiskey ice cream. I hope you’ll try it!

This ice cream is just perfect all by itself, but if you were in the mood for embellishment, there is always BITTERSWEET HOT FUDGE SAUCE, or how about using it as a base for AFFOGATO and pour a shot of espresso over a scoop or two? 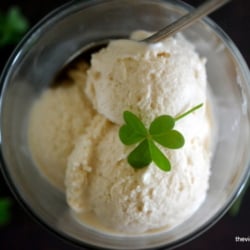 I added a touch of brown gel food coloring to the ice cream to bring out the color for photographing. This is obviously optional!
Course: Dessert
Cuisine: American
Author: Sue Moran
Keyword: dessert, ice cream, Irish, recipe, St Patrick’s Day
Did You Make This?We love seeing what you’ve made! Tag us on social media at @theviewfromgreatisland for a chance to be featured. 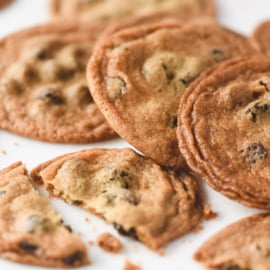 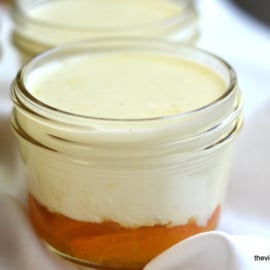 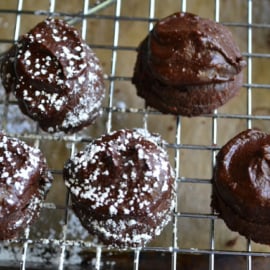 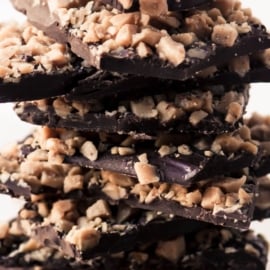