Mediterranean Stuffed Peppers is a vegetarian dish packed with the vibrant flavors of the Mediterranean and tons of healthy protein ~ you’ll never dream Meatless Monday again! 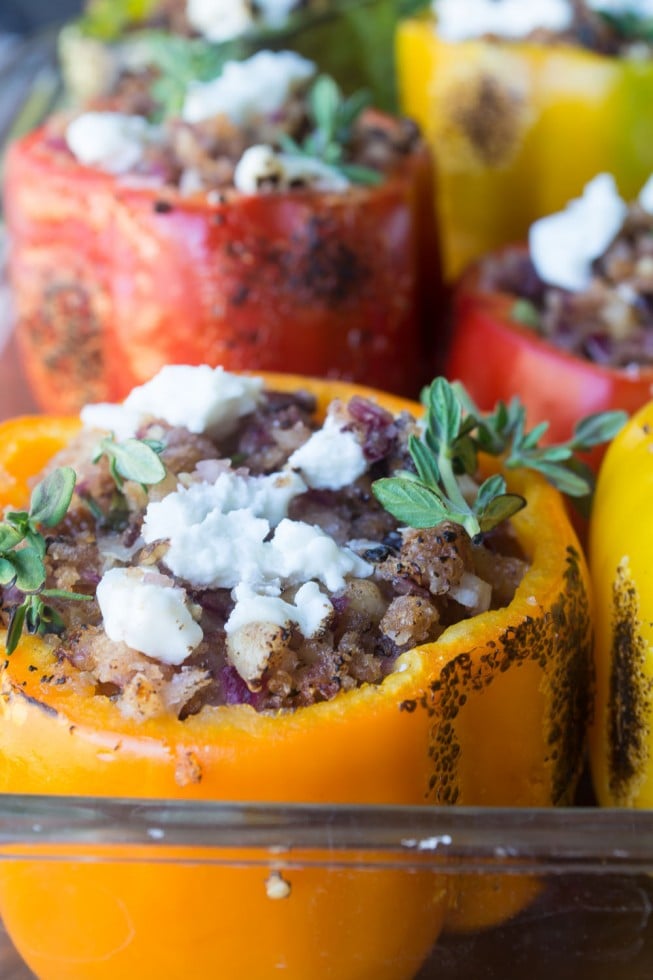 I can’t get seem to get enough of bell peppers these days, I could eat them for every meal. I found some gorgeous ones at the farmers market the other day and I wanted to honor them with an equally vibrant stuffing. I settled on a Mediterranean theme, and went straight for my kitchen cabinets. I grabbed some of my favorite flavor powerhouses — Kalamta olives, sun dried tomatoes, walnuts, Parmesan crisps, and some good fruity olive oil. Right above my sink on the windowsill I have fresh rosemary and thyme sitting in little drinking glasses…they’re the only herbs I can keep alive for any length of time, so I use them a lot. 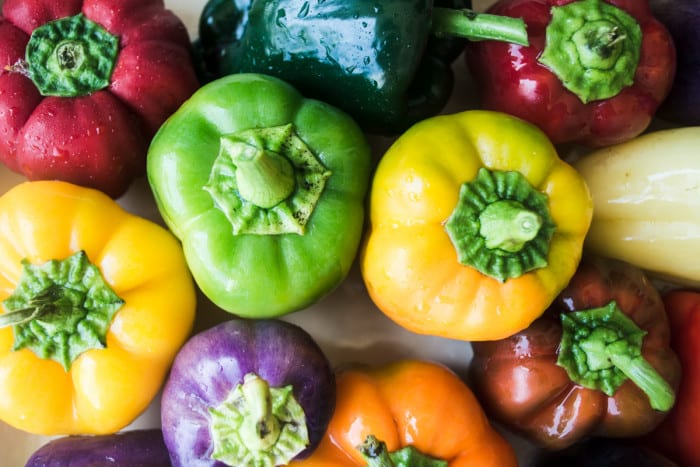 These aren’t your grandmother’s stuffed peppers — not that I have anything against them, I’m an equal opportunity stuffed pepper lover, but mine are a little different. For one thing nothing needs to be cooked, or cooked to death, beforehand. I blitzed my stuffing ingredients in the food processor and stuff it right into the peppers…depending on their shape I either leave them upright, or slice them in half and lay them on their sides in a large casserole dish. It became a mosaic puzzle of bright peppers wedged in just so. I added a little bit of water to the bottom of the pan, covered loosely in foil, and baked for about 30 minutes, just enough to heat everything through and take the crunch out of the peppers. When they emerged from the oven I topped them with a little goat cheese and some fresh herbs. 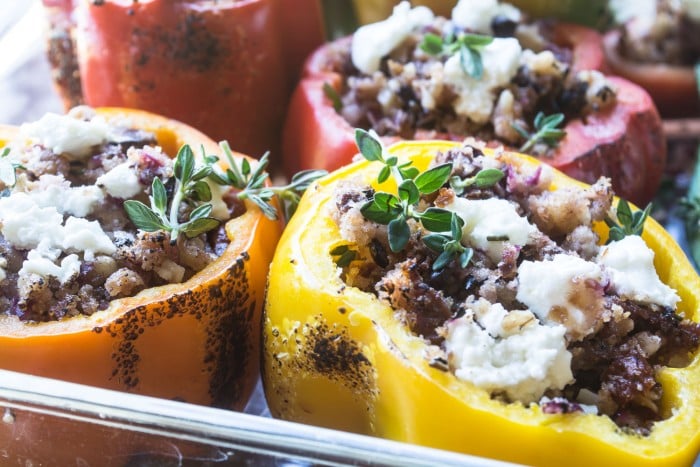 What surprised me was that the mixture turned out to be sort of reminiscent of a meat filling. I think it must be the richness of the ingredients and the way they blended with the crumbs and nuts to give that unique type of texture. It was interesting, even though I didn’t intend it. 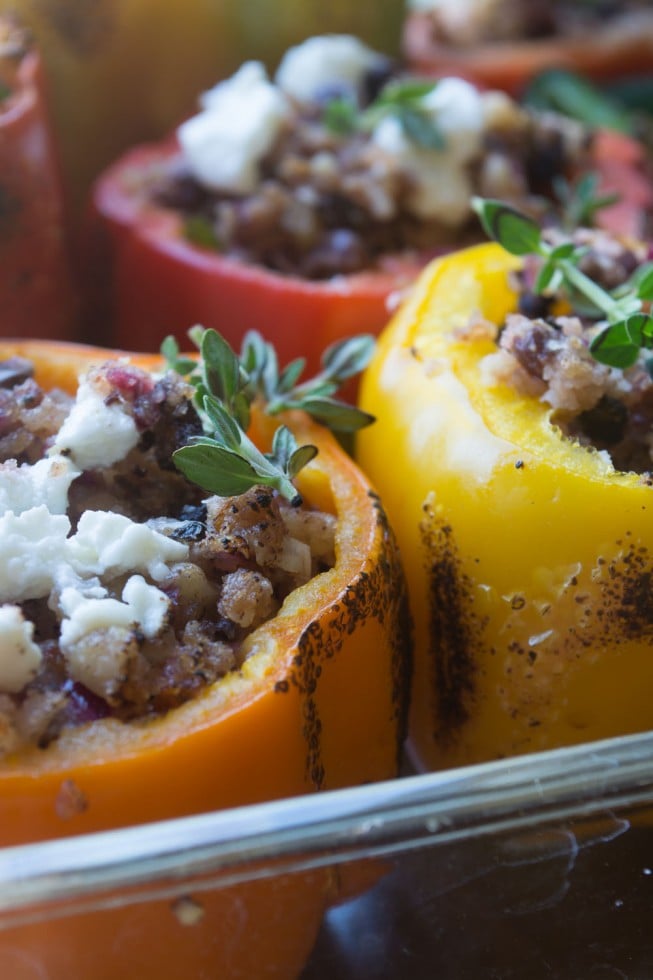 These works as a side dish or a light vegetarian meal. They keep well, and reheated perfectly in the microwave the next day. The recipe is nice because you don’t have to cook anything in advance, the stuffing just gets mixed and spooned right into the peppers. The entire dish has a vividness of color and texture that you don’t usually see in classic stuffed peppers. Most if not all of the ingredients are pantry staples so you can enjoy these on the spur of the moment, on a day when you happen to see a beautiful assortment of peppers. 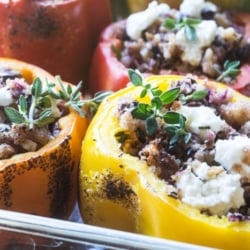 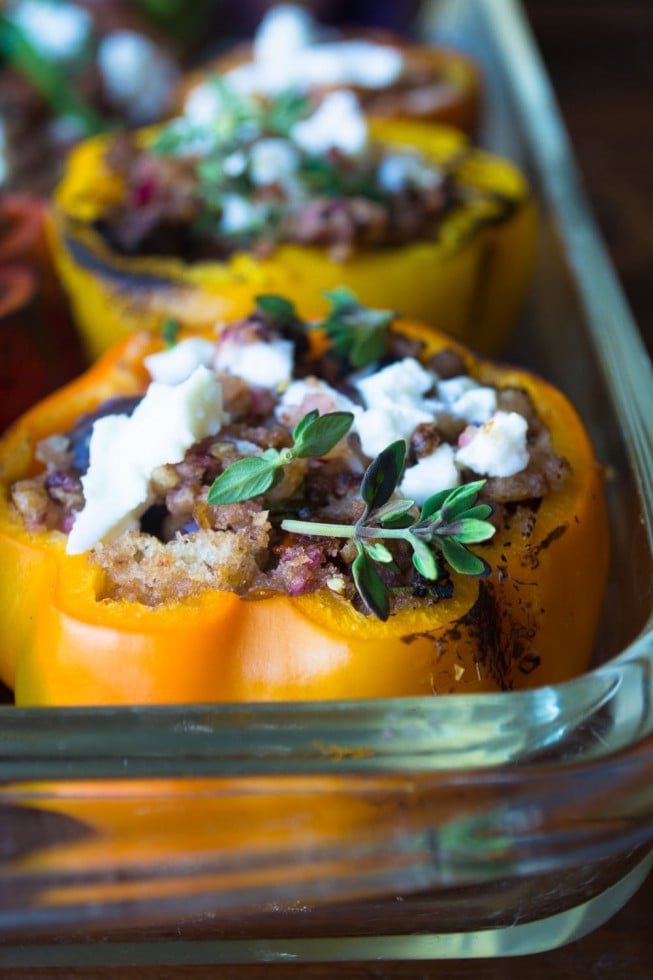 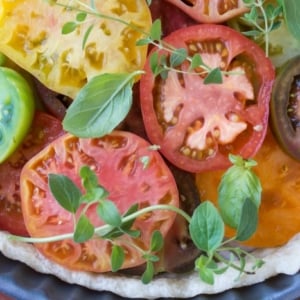 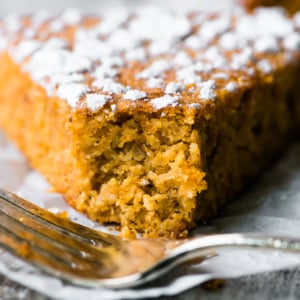 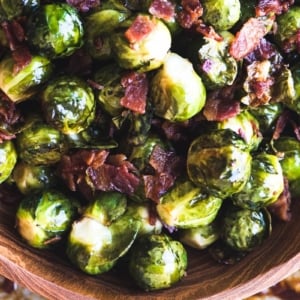 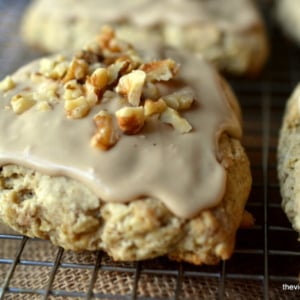