One Pot Farmer’s Market Pasta is an almost magical recipe made for busy days and hungry families. This easy 30 minute meal is healthy, meatless, and so delicious ~ just pile everything in one pot, bring it to a boil, and let it cook for a few minutes ~ that’s it!

the concept of a one pot pasta is simple

The concept for this one pot farmers market pasta is simple — everything gets layered into a big pot, you add liquid, bring it to a boil, and let it  bubble away for several minutes until the pasta is al dente. The veggies get cooked perfectly, most of the liquid gets absorbed, and what’s left melds together with the tomatoes to become a sauce. All you have to do is add some grated hard cheese and  fresh green herbs to finish the dish. I say ‘liquid’ because while most recipes use water, I used part wine for some extra flavor. You could also use chicken stock.

The precise amount of liquid is the key to the whole thing ~ it’s just enough to cook the pasta and leave a little leftover for a sauce.

it all started with Martha!

About this time last year the first one pot pasta debuted in Martha Stewart Living, and the story is that her editors discovered the recipe in Italy. It’s a neat idea, and it clearly has visual appeal, but I was skeptical. Does it really work? Is it worth my time? The only way to know is to give it a try.

The original recipe calls for red onions, cherry tomatoes, and basil. My version is inspired by the colorful bounty of the early summer farmer’s market. Every Sunday I buy way too much, and so the first night or two after a farmer’s market run is usually a mad dash to use as many vegetables as I can…this pasta is perfect for that.

Veggies that work well in a one pot pasta ~

The veggies should be able to cook to al dente in the time it takes the pasta to cook, so choose young tender vegetables, or chop larger ones to bite size. Avoid dense choices like carrots or beets.

a quick an easy version of pasta primavera

Pasta Primavera is one of my all time favorite pastas, but it can be a little time consuming to make — you usually have to saute the veggies in stages, create a sauce, and then cook the pasta separately. It’s a lot of pots, stove time, and copious amounts of boiling water sloshing from stove to sink. This method is fun to throw together, and sure saves a lot of work.

Are one pot pastas all they’re cracked up to be? Here are my conclusions…

first, it totally works,  I was surprised that my veggies weren’t overcooked or mushy, even my baby asparagus stayed relatively firm, and the colors remained pretty bright. There is what you could call a simple ‘sauce’ that is formed from the starchy pasta water and the tomatoes that break down in the cooking process. I wouldn’t necessarily use this as a dish for entertaining because it is rather ‘homey’, but as a family dinner it worked really well. 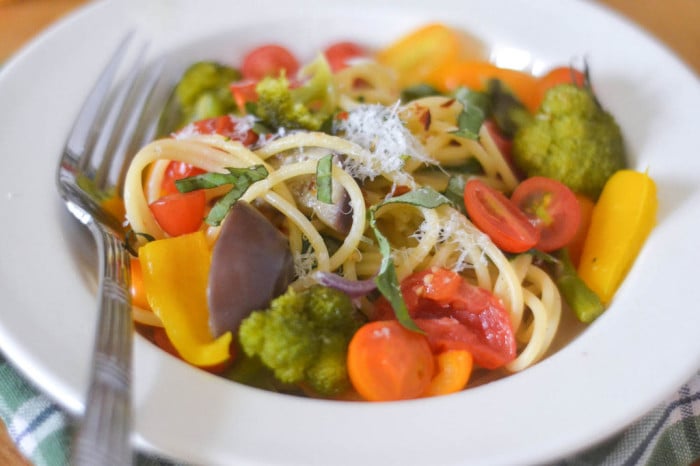 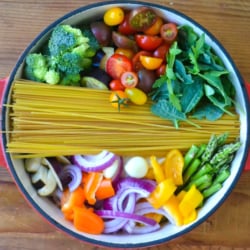 3.46 from 86 votes
One Pot Farmer's Market Pasta is an almost magical recipe made for busy days and hungry families.  This easy 30 minute meal is healthy, meatless, and so delicious ~ just pile everything in one pot, bring it to a boil, and let it cook for a few minutes ~ that's it!
Print Recipe Pin Recipe Rate Recipe
Prep Time:10 minutes
Cook Time:15 minutes
Total Time:25 minutes
Servings: 4 -6 servings

Course: Main Course
Cuisine: American
Author: Sue Moran
Keyword: dinner, farmers market, meatless, one pot, pasta, spaghetti, vegetables, vegetarian
Nutritional information is provided as a courtesy and is an estimate only. This information comes from online calculators.  Although The View from Great Island attempts to provide accurate nutritional information, these figures are only estimates.
Did You Make This?We love seeing what you've made! Tag us on social media at @theviewfromgreatisland for a chance to be featured. 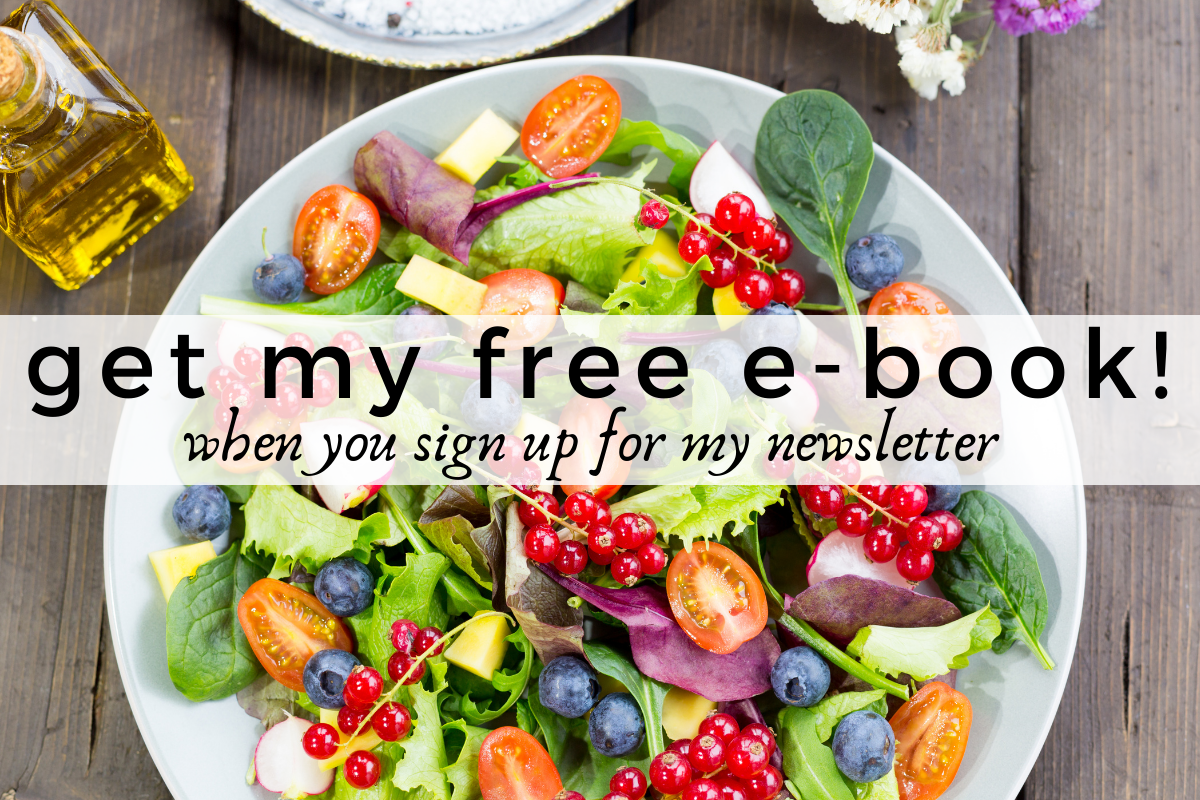 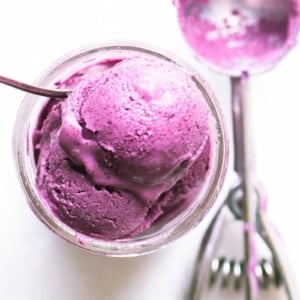 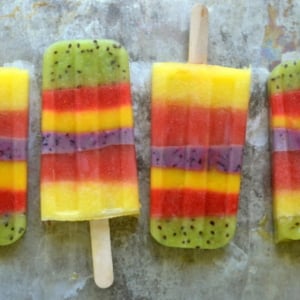 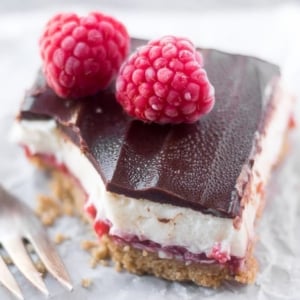 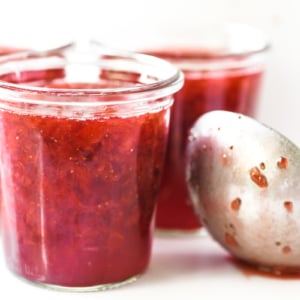