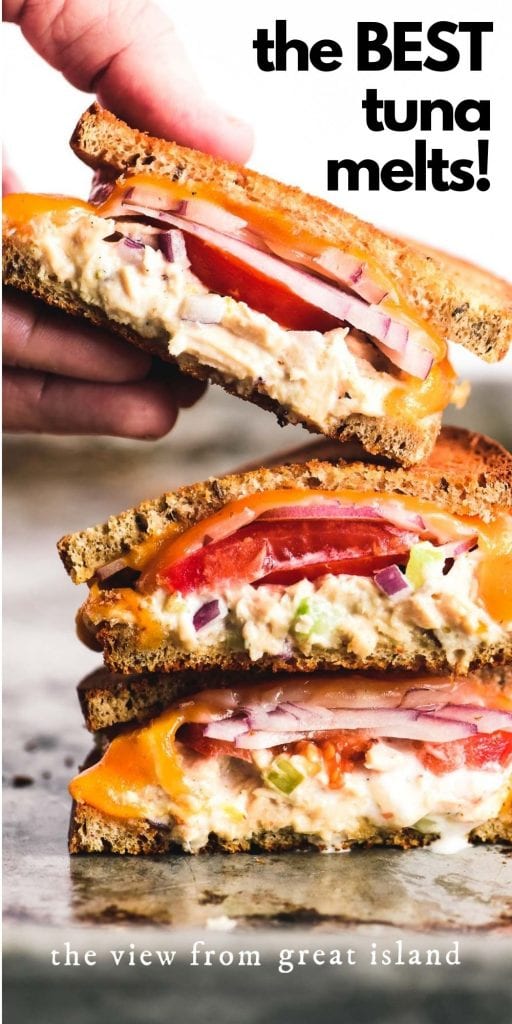 Sheet pan tuna melts are the original from the pantry comfort food, with a sublime mix of flavor, texture, and temperature. My tuna melts are made in the oven, so no messy flipping, and everybody gets their own piping hot, melty sandwich at the same time. Heaven.

Tuna melts were 30 minute pantry meals before 30 minute pantry meals were even a thing. But you don’t make these sandwiches because there’s nothing else in the house…you make them because you’re craving them. I don’t know how something so simple can induce such food lust, but there it is. My sheet pan method is a no muss no fuss method that’s perfect for big families, game days, or any time you’ve got hungry mouths to feed. It’s also a pretty darned great (dare I say romantic??) dinner for two

A few years ago I partnered with Genova tuna and developed such an appreciation for Italian olive oil packed tuna that I permanently switched from the solid white water packed American tuna I grew up with.

how to make grilled sandwiches on a sheet pan

I’ve of course made open faced tuna melts in the oven before, but it never occurred to me to do the full sandwiches in the oven instead of in a skillet. This brilliant tweak allows for any number of sandwiches to all emerge, piping hot and melty, at exactly the same time. Mind blown.

I love to use thin sliced rye because it’s what they served at the Jewish deli around the corner where I grew up, and I think tuna and rye just belong together. Some swear by challah, some only use white, but use any bread you like. I recommend thinly sliced bread because you want the heat to get to the cheese to make it nice and melty.

Your choice of cheese, and how much you use, makes a big difference in your sandwich. I like to mix cheeses, and use 2 or 3 thin slices. Cheddar is traditional, but Havarti, Muenster, Gouda, and Swiss are all acceptable, according to Reddit, lol. I used smoked cheddar for flavor and provolone for its melting qualities. Pepper jack cheese would be amazing.

You can make the tuna salad with olive oil, or yogurt, or a mixture of sour cream and yogurt. If you’re simply out of mayo, try making your own.

You can add sliced avocado, bacon, dill, fresh sprouts, or jalapeño, but then you would have a hipster melt. 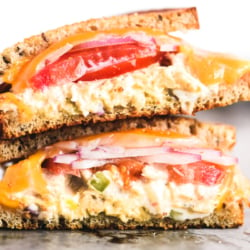 Calories: 508 kcal · Carbohydrates: 33 g · Protein: 36 g · Fat: 25 g · Saturated Fat: 9 g · Trans Fat: 1 g · Cholesterol: 68 mg · Sodium: 1134 mg · Potassium: 394 mg · Fiber: 4 g · Sugar: 3 g · Vitamin A: 394 IU · Vitamin C: 1 mg · Calcium: 352 mg · Iron: 3 mg
Nutritional information is provided as a courtesy and is an estimate only. This information comes from online calculators.  Although The View from Great Island attempts to provide accurate nutritional information, these figures are only estimates.
Did You Make This?We love seeing what you’ve made! Tag us on social media at @theviewfromgreatisland for a chance to be featured. 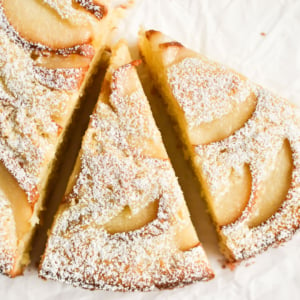 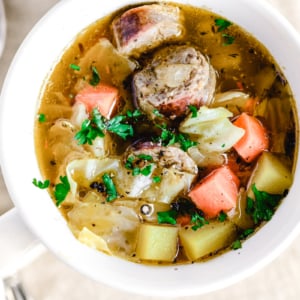 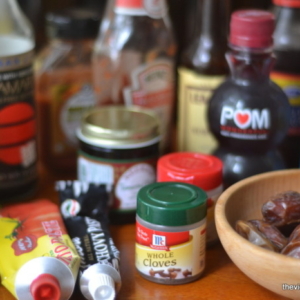 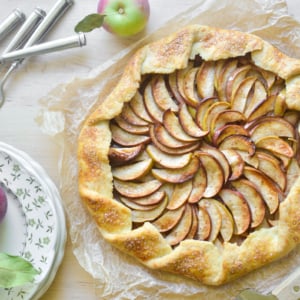