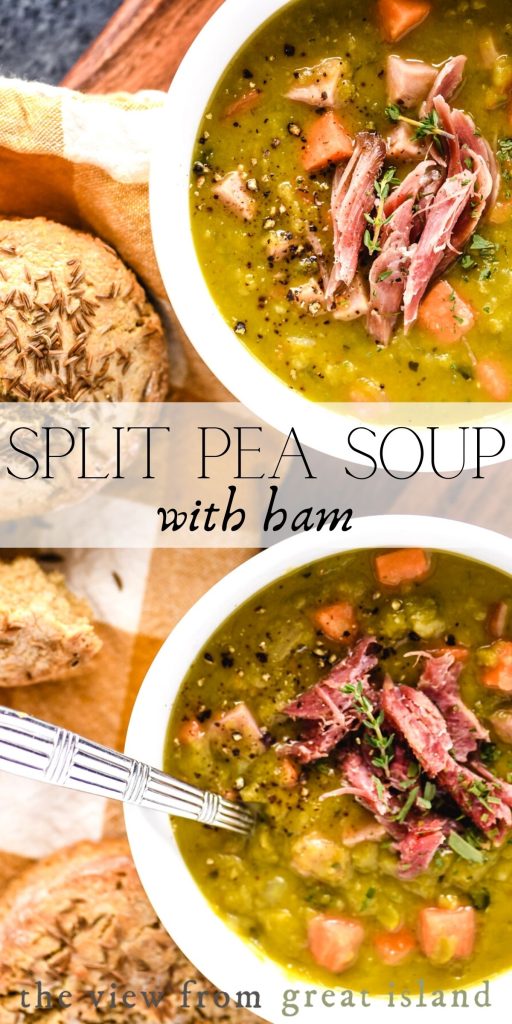 Split pea soup with ham is thick and creamy with incredible flavor from a smoked ham bone ~ this easy soup is comforting and delish! Just add biscuits or crusty bread to make a compete meal.

easy split pea soup with ham can be made in a soup pot, the slow cooker, or the Instant Pot

When five minutes into it the kitchen already smells amazing, you know it’s going to be good. Split pea soup is an old idea. How old? Split pea soup was sold on the streets of Athens in 500 BC (so basically ancient Greek street food!) Wow. It’s been a nutritious and cheap form of protein and comfort ever since. It came to us here in the States via Britain where it was known as pease porridge. It’s a wonderful meal that deserves to be rediscovered.

What are split peas?

Split peas are simply green peas that have been dried and peeled. The pea naturally splits into two halves. They’re legumes, like lentils and other beans. 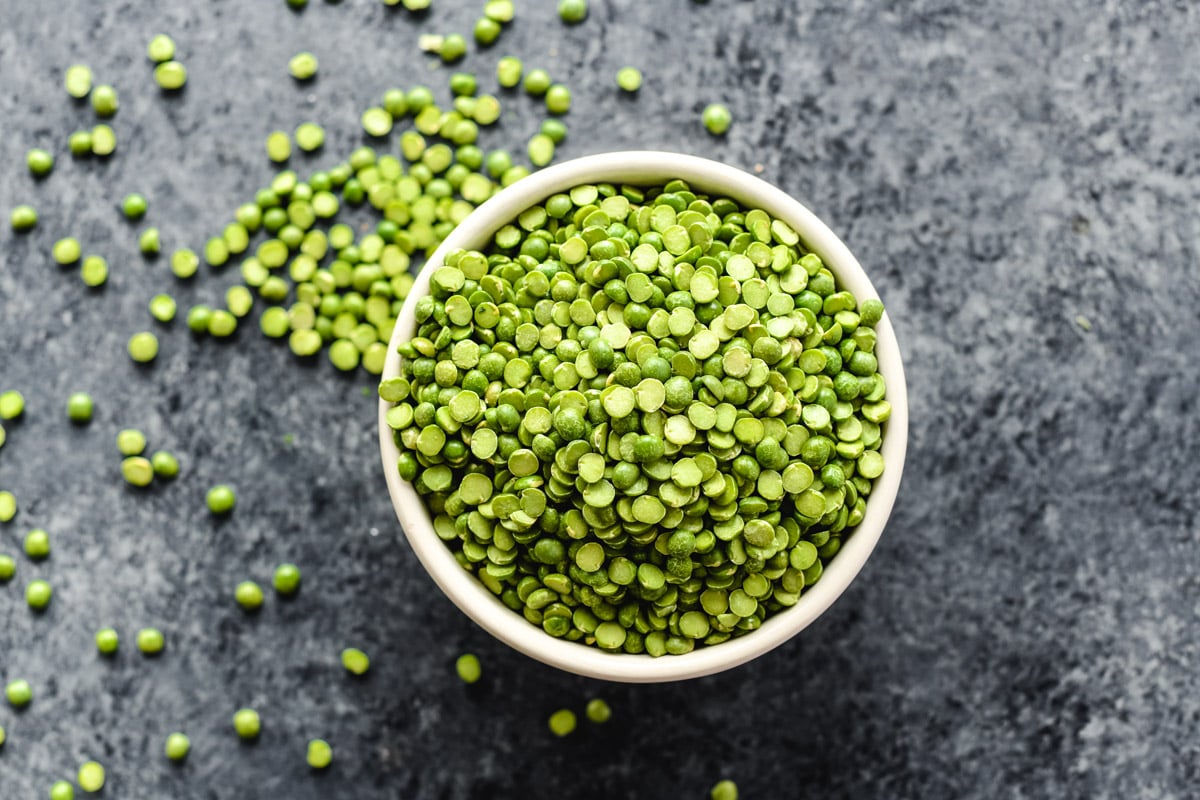 Can I make a vegetarian or vegan split pea soup?

Yes, leave out the smoked ham hock and the ham. Use vegetable broth instead of chicken broth. You may want to add more veggies such as potatoes or celery and more seasonings. Much of the flavor in traditional split pea soup comes from the pork, so you have to make up for that or you’ll get a very bland soup. I’d add a good amount of aged Parmesan cheese if I were you. You might also try some smoked paprika or a touch of liquid smoke to replace that wonderful flavor of the smoked meat.

Yes, split pea soup is deliciously healthy! Split peas, like all legumes are protein rich and high in soluble fiber which can help lower cholesterol and control blood sugar levels. It can even help you maintain your healthy weight!

Do you need to soak split peas before using?

No, no soaking necessary, split peas are ready to cook. It’s a good idea to give them a quick rinse and sort through to pick out any debris.

How do you thicken split pea soup?

Normally you do not need to add anything to thicken split pea soup, the peas are naturally starchy and when they cook they partially dissolve into the broth. I use an immersion blender to briefly blend the soup, which thickens it further. Pea soup is thick and creamy while also gluten and dairy free. If by chance you’ve added too much liquid and you actually do need to thicken your pea soup, try stirring in some instant potato flakes, or a knob of butter blended together with flour (1:1 ratio.) You can also use a tablespoon of cornstarch mixed with water.

Yes, split peas are relatively high in carbs compared to other veggies, that’s what makes them so satisfying!

What’s the difference between a ham bone, a ham shank, and a ham hock?

A ham bone is another word for a ham shank. A ham shank comes from just under the shoulder of the pig, and the hock is near the ankle. Both shanks and hocks have lots of collagen, but the shank will have more meat than the hock. Either one will work for this soup. You can also use the bone leftover from a whole ham, if you’ve got one.

Do you need a ham bone to make split pea soup?

I’ll go out on a limb here and say yes, I think you do need some sort of ham bone or hock for this soup, preferably smoked. The flavor can’t be beat. If you absolutely can’t find one, consider using bacon or sausage instead.

Why does my pea soup get solid after it cools?

That’s a natural characteristic of pea soup, caused by the starch in the peas. If you want to thin it down for leftovers, just stir in more water or broth.

Can you freeze split pea soup?

Yes, bean soups freeze particularly well. I like to freeze it in individual portions so I can grab one when I’m hungry!

how to make this split pea soup in a crock pot

how to make this split pea soup in the Instant Pot

The intense heat of the Instant Pot breaks down the peas completely, so there is no need for an immersion blender.

what we love to serve with pea soup 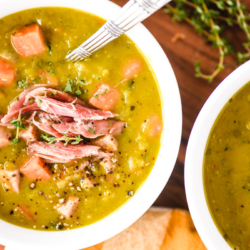 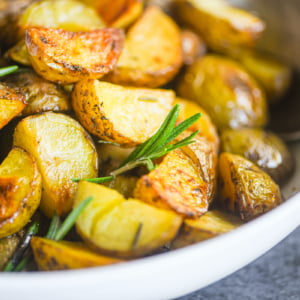 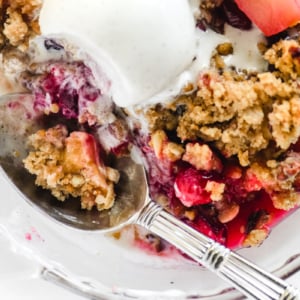 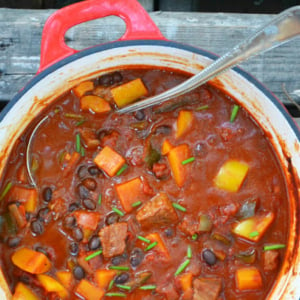 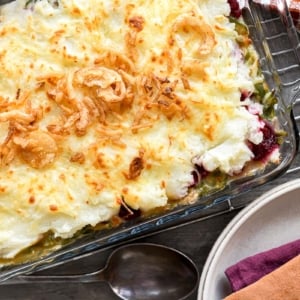