This lovely Spring Vegetable Salad with Miso Dressing is from Harumi Kurihara — the Japanese Martha Stewart. She is a superstar in her native Japan, riding the wave of the nation’s current obsession with domesticity. This salad is a celebration of fresh, healthy greens! 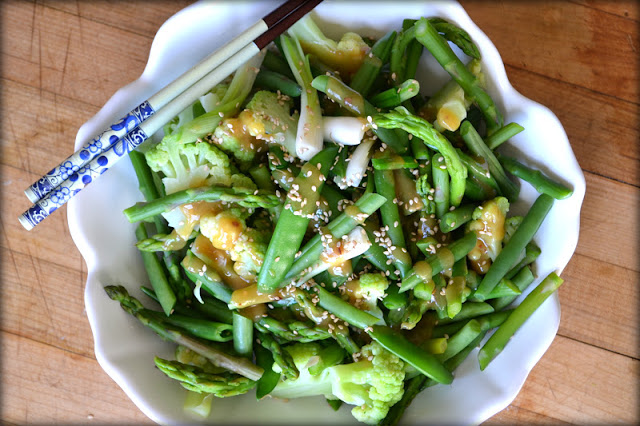 Harumi has achieved a cult status rare in the culinary world. Her feverish following includes mostly young women, and represents an interesting trend in Japan. The rapid growth of the country in recent decades funneled record numbers of women into the workforce, and recently there has been a backlash resurgence of interest in the domestic arts and traditions. Harumi is the uber-“shufu”, or housewife, who just happens to be a television host, cookbook author, and entrepreneur. It doesn’t hurt that the woman looks half her age, either. (She’s 65!) Part of her appeal is that she taps into a national fascination with the cuisines of other cultures. It’s fun to read about which Western elements have sparked cult followings of their own in Japan; mayonnaise, Parmesan, and Gorgonzola cheese are among them! 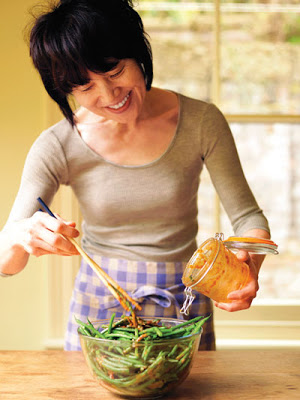 This Spring Vegetable Salad with Miso Dressing clearly illustrates why the Japanese diet is so healthy. The seasonal vegetables are barely cooked, just blanched for a minute in boiling water to take the edge off the crunch and bring out the color. The dressing has no oil whatsoever, just lots of umami flavor. This dish fills your stomach while barely making a dent in your daily calorie count. 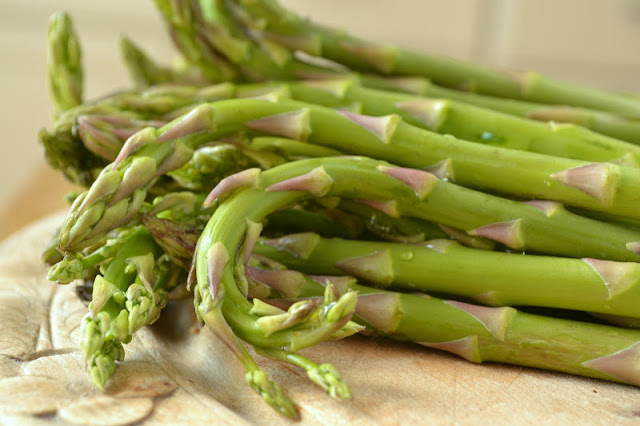 I worked with a palette of spring greens, but you can use whatever looks good to you. The veggies should be cut in small uniform sizes both for the appearance of the dish and so that they cook evenly 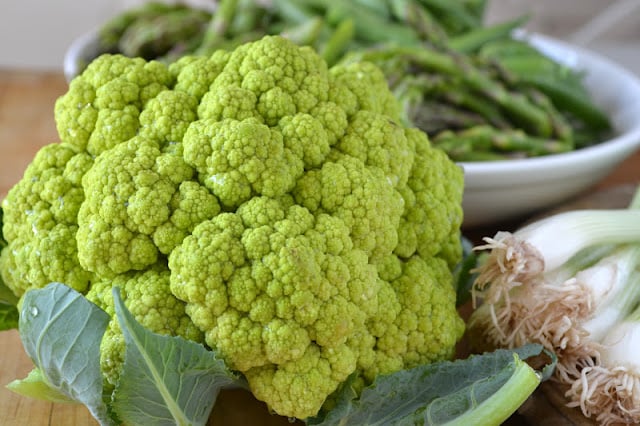 .I used asparagus, broccoflower, green beans, sugar snap peas and green onions. I only put the green onions in for the last few seconds of  blanching. 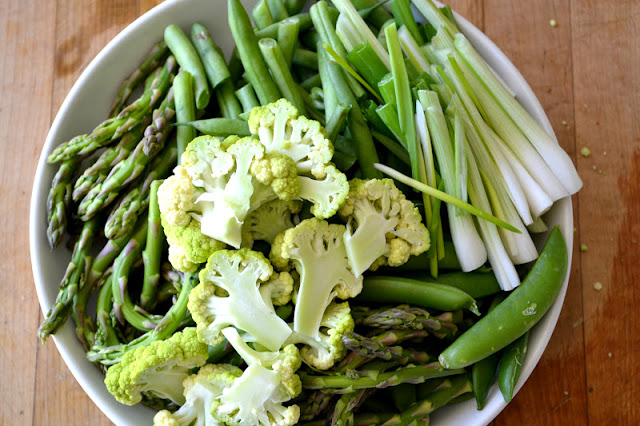 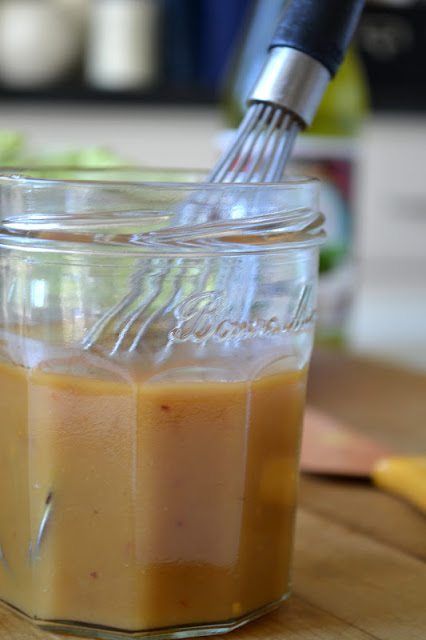 Thanks to Harumi I can begin to get a real sense of  why the Japanese rank at the top in terms of longevity and health, and have the lowest obesity rates on the planet. On average they consume far fewer calories per day than Westerners do, eat very little saturated fat, and smaller amounts of meat and sweets. They do this partly by eating lots of vegetables and plain rice which are nutritious and filling but low in calories. Smaller portions with more careful attention to visual interest and aesthetics is key. We Americans could really benefit from adopting some of these habits…after all, it’s only fair that we get something in return for giving the Japanese the gift of mayonnaise! 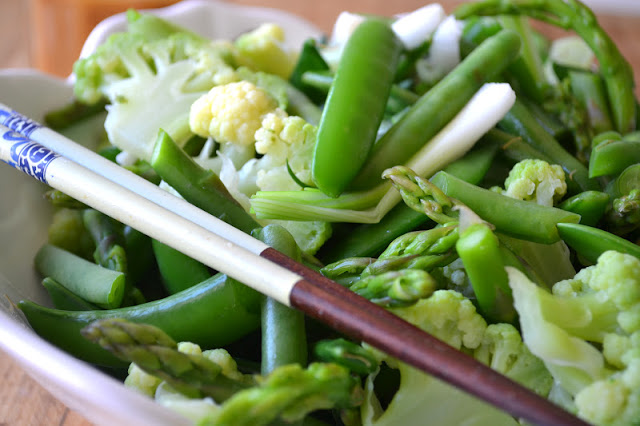 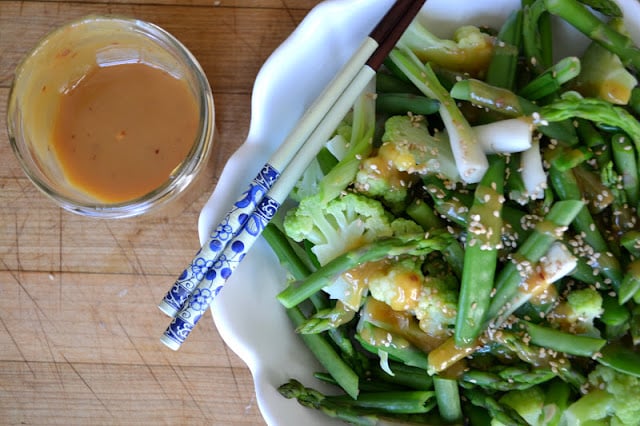 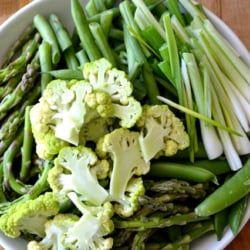 Course: Salad
Cuisine: American, Asian
Author: Sue Moran
Nutritional information is provided as a courtesy and is an estimate only. This information comes from online calculators.  Although The View from Great Island attempts to provide accurate nutritional information, these figures are only estimates.
Did You Make This?We love seeing what you've made! Tag us on social media at @theviewfromgreatisland for a chance to be featured. 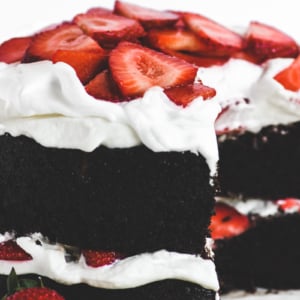 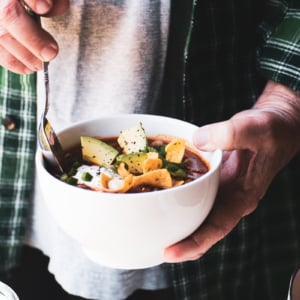 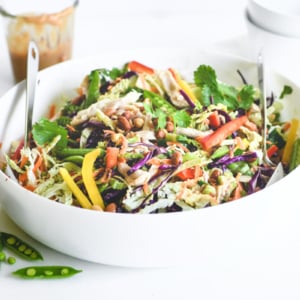 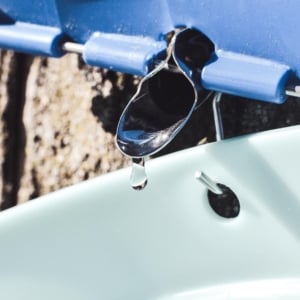 How to Tap Your Own Maple Trees to Make Maple Syrup