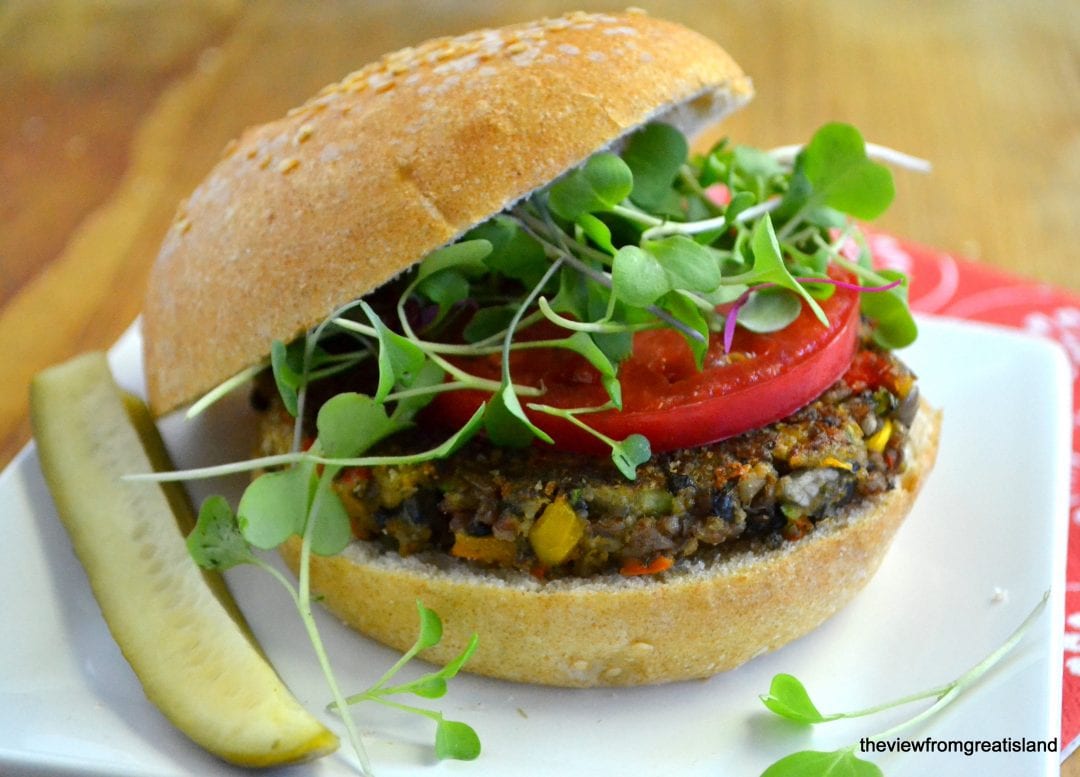 The Ultimate Veggie Burger ~ the burger is the all American summer favorite, and switching out a healthy meatless burger  just makes so much sense.  To be honest, half the fun is the bun and all the toppings, anyway!   You can make a big batch of these vegan burgers and freeze them for easy healthy eating all year long. 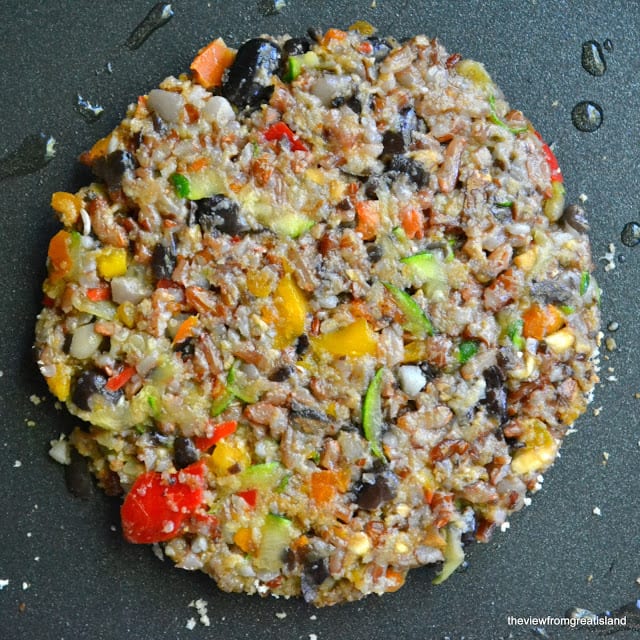 If you’re a reader of this blog you might know that I’ve been on a life long quest for the perfect veggie burger.  I thought I had found it it in my Hal’s Soyburger, which I learned to make when I worked one summer in a natural food restaurant in college, but the problem is that soy beans are very hard to find, and so, sadly, I’ve had to move on to a recipe that’s more convenient to use.  Since then I’ve made an epic Chickpea Veggie Burger and a Red Quinoa and Black Bean Veggie Burger.  Those two burgers are totally different, but both awesome.

Veggie burgers can be made a million different ways, but take it from someone who routinely orders them whenever I can, they usually aren’t that good.   They can be mushy, tasteless, and almost always too thick. Sometimes you can barely distinguish them from the bun.  Sometimes, gasp, they’re even artificially colored to look more meat-like, or to give them grill marks.  Sometimes they’re made from engineered protein that’s supposed to imitate the taste and texture of meat.  Yuck.  No wonder they have a bad reputation. 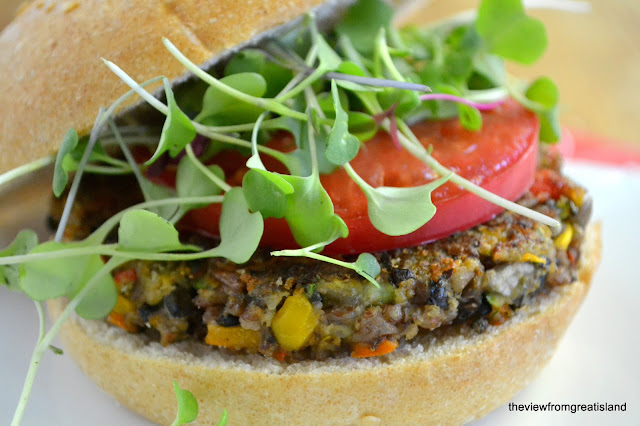 Veggie burger recipes are fun to play with because they’re not an exact science, and you can fiddle with the ingredients here and there, just as long as you get enough flavor, and a texture that more or less resembles a raw meat burger or meatloaf mix.  It should be moist and sticky, but not overly wet.  It should be smooth enough to form into a patty, but retain some texture.  Rices, grains, and beans make good starting points.  You can add finely chopped or shredded vegetables, and then it all gets bound together with a little beaten egg and bread crumbs.  Within that general framework there’s a lot of wiggle room. 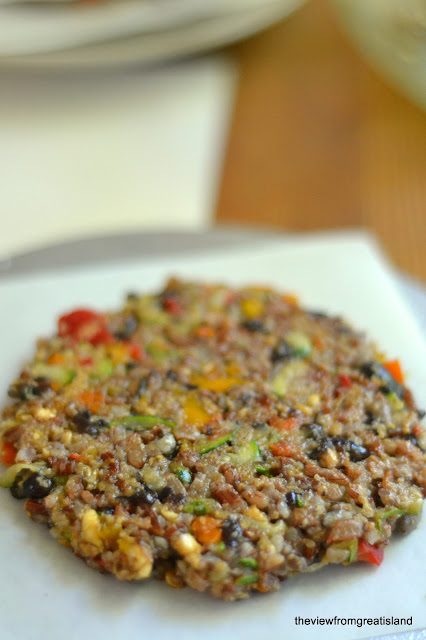 I used red rice for its amazing texture and flavor, black beans, some zucchini, mushroom, and bright bell peppers.  One of the secrets is not to over process the ingredients so that the burgers have a nice, nutty… ok, I’ll say it… ‘meaty’ texture.  The red rice and black beans give a pleasing rich deep color, and the veggies give it even more visual interest. 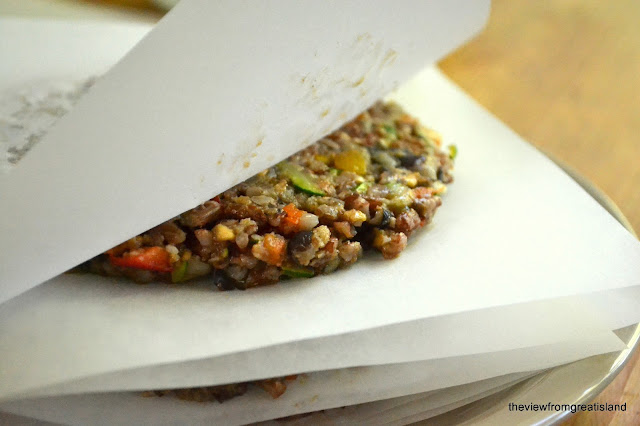 I used an ice cream scoop to portion out the mixture, and then pressed it flat in between pieces of waxed paper.  I used my tortilla press, but you can do it with your hand or a plate.  Use your fingers to form it into a perfect round if you need to.  I like them on the thin side.

The patties get chilled for an hour or so which helps them firm up and become easier to handle. You can make them a day ahead of time, too, which is nice. 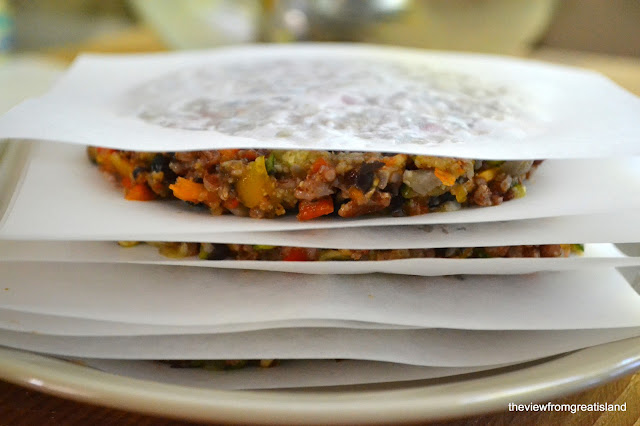 Why haven’t the big fast food chains embraced the veggie burger?  It’s a huge mystery to me.  McDonald’s has 13 different beef burgers, 8 chicken burgers, a fish filet, and countless wraps, yet none of them are vegetarian.  It makes no sense. 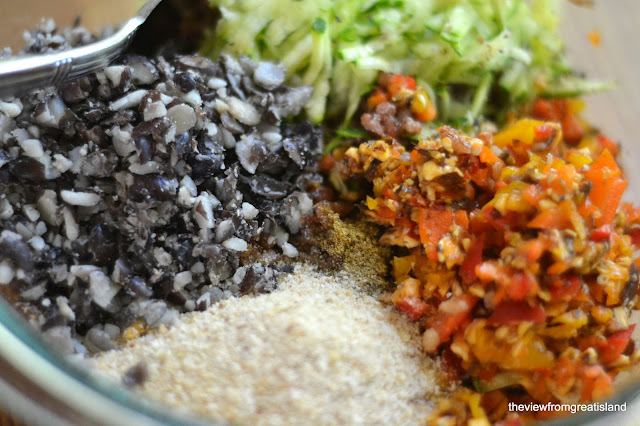 “These burgers were A-MAZING! I will be making them again! ”  ~ Amy 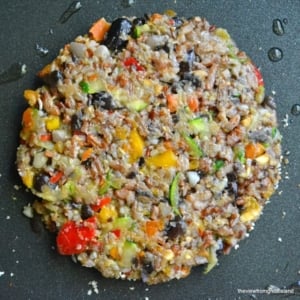 And to go with your burger?

Thanks for pinning this ultimate veggie burger 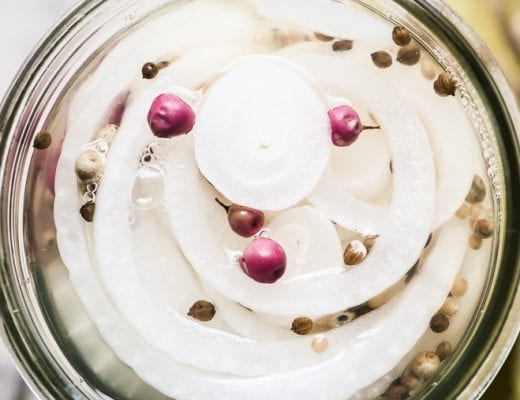 How To Quick Pickle (almost) Anything! 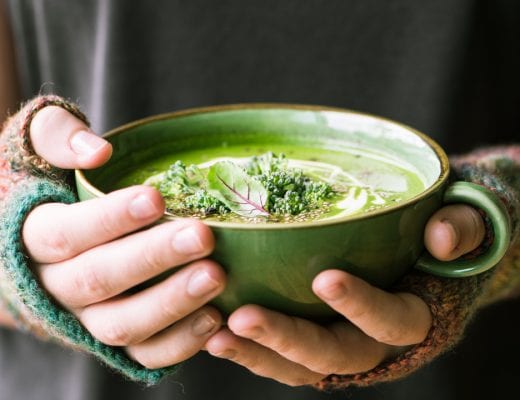 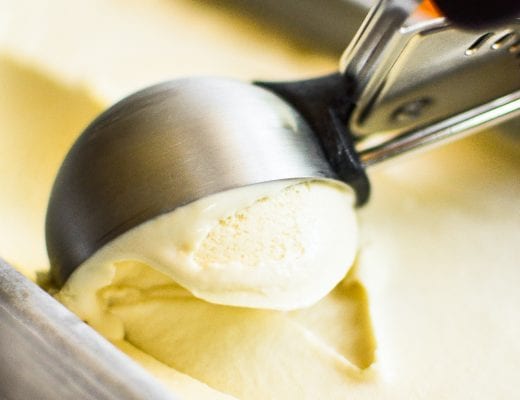