Traditional Ukrainian recipes that celebrate a diverse cuisine ranging from borscht and stuffed cabbage to fresh salads and Easter bread!

Ukraine is the second largest country in Europe with an incredibly diverse culinary tradition influenced by Jewish, Austrian, Hungarian, Polish, German, and even Turkish cultures. The country is known for its fabulously rich dark soil ~ chernozem ~ which has helped shape the food culture as well. Today I’m sharing some of the best of Ukrainian food, but I’m only scratching the surface of this rich cuisine.

Note: if you’d like to help support UNICEF’s heroic work on behalf of Ukraine’s refugee children and their families, please donate generously here.

A beautiful meatless borscht made with plenty of beets, potatoes, and carrots served, of course, with a healthy dollop of sour cream. Borscht is common all over Eastern Europe, but is primarily associated with Ukraine. According to Wikipedia “borscht derives from an ancient soup originally cooked from pickled stems, leaves and umbels of common hogweed, a herbaceous plant growing in damp meadows, which lent the dish its Slavic name.” From these humble roots borscht has blossomed into a beloved soup with thousands of variations both hot and cold, with ingredients ranging from plums and apricots to hot chilis.

Cabbage rolls, or leaves of cabbage rolled up around a filling of meat and rice and cooked in a tangy tomato sauce and sometimes sour cream are a staple Ukrainian dish. The filling varies from family to family, with other grains like buckwheat standing in for the rice, and mushrooms in place of meat. My Americanized version cuts the labor down considerably but maintains all the wonderful flavors.

These dumplings are identical to Polish pierogi. These potato filled dumplings are served with the quintessential Ukrainian garnish, sour cream.

Ukrainian dill potatoes are made with a key Ukrainian ingredient: unrefined sunflower oil (along with potatoes, dill, and garlic.) This dish of tiny new potatoes is a celebration of spring. If you can find the special oil (look for it online) you’ll have a deliciously simple, yet authentic, dish.

Beets have been sustaining and inspiring Ukrainians for thousands of years and are eaten, raw, cooked, or juiced, in every way imaginable. Beet salad is a classic Ukrainian recipe that can be served with a vinaigrette dressing, or with sour cream, like I’ve done. Sometimes shredded carrots or walnuts are added.

Paska is a special Easter bread in Ukraine (in fact the name translates to ‘Easter’.) It’s a sweet bread with a unique cylindrical shape, often topped with frosting and festive sprinkles. It is made with yeast, milk, eggs, butter, and sugar, but is sometimes stuffed with dried or candied fruits and spices as well.

Chicken Kyiv (Kotleta Po-Kyivsky) is pounded and breaded chicken breasts rolled up around a compound herb butter that oozes out onto your plate when you slice into it. The dish is beloved worldwide.

This Ukrainian recipe comes via Google translate from a Polish site. Once again, this popular dish has thousands of variations depending on location, but sour cabbage soup has been comforting Ukrainians for centuries. This one is meaty and satisfying with lots of veggies and, of course, sauerkraut.

This stunning savory pie is both simple and show-stopping at the same time. A Ukrainian family recipe that celebrates fresh spring herbs and eggs, it can be made into smaller ‘hand pies’, as well.

An example of the fresher side of Ukrainian food, this salad is a summer staple in the region (again thanks to that incredible black soil.) This salad is traditionally dressed either with unrefined sunflower oil, or sour cream. Julia likes to serve it with a crusty loaf of rye bread for dipping into that amazing dressing! 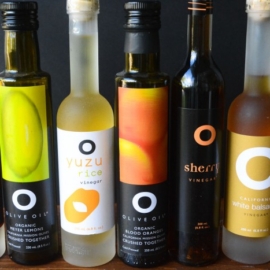 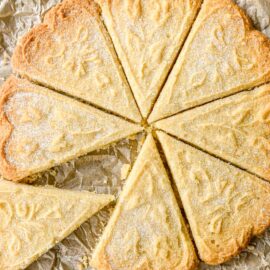 Easy Homemade Gifts for the Host 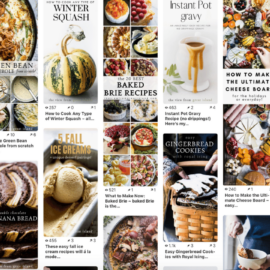 How to Search for a Recipe (and find what you love) 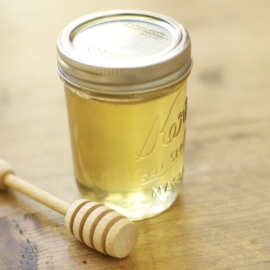