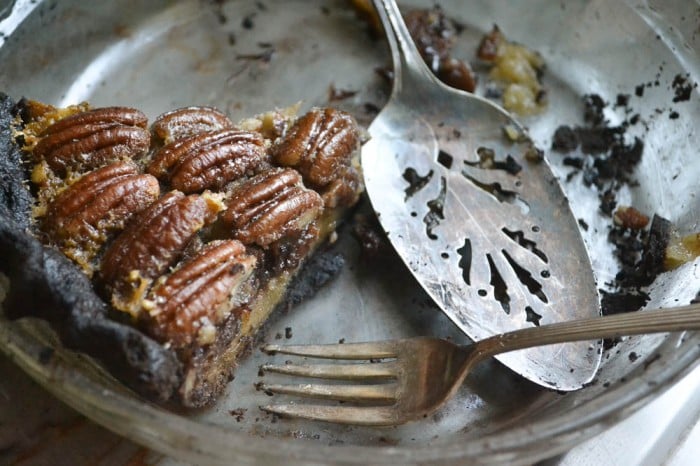 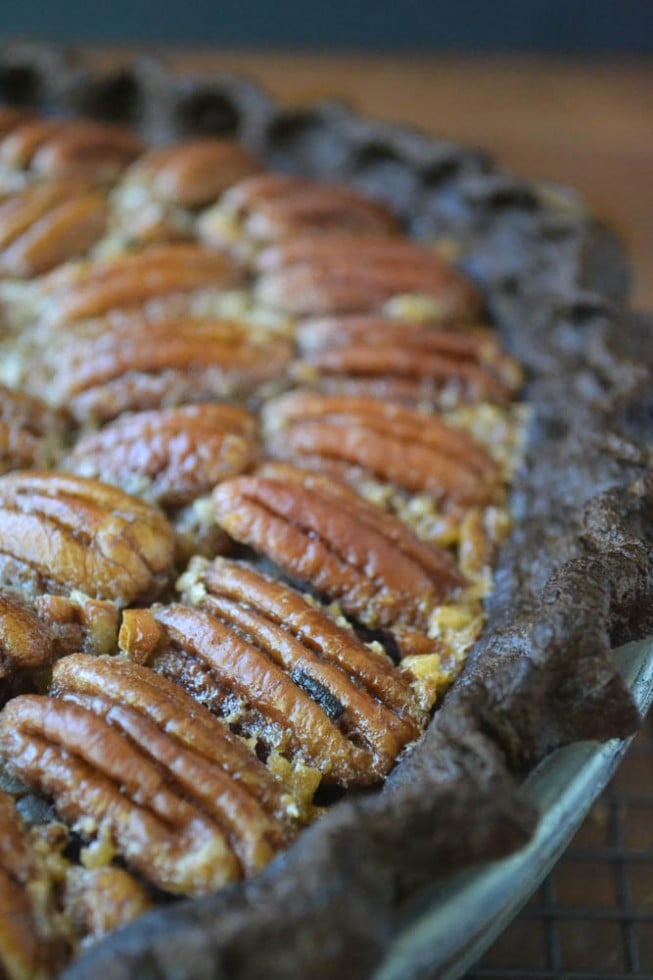 I’m not typically a pie for dessert type of person, so when I do get down with the rolling pin and pie crust thing, it’s usually because I’ve found something pretty special to motivate me. In this case it was a dark chocolate crust, a semi sweet black bottom, and some bourbon, spiffing up a pecan pie in all the right ways. I love the colors and textures in this pie…the pecans get super crisped, and the filling is the silkiest pecan pie filling I’ve ever had. The little bit of bourbon lingers in every bite, and that chocolate crust just adds drama. 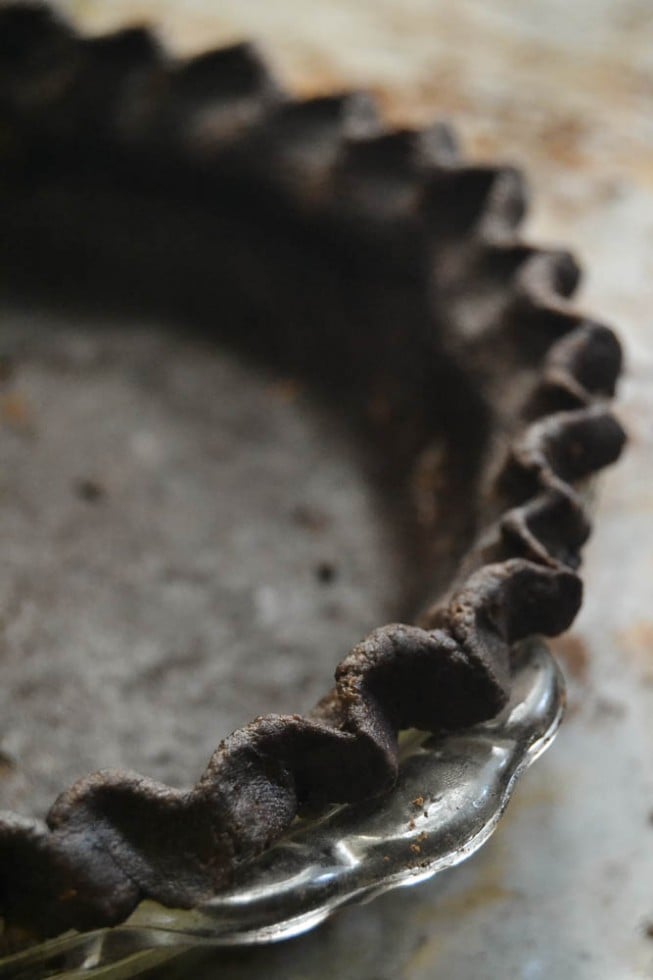 The crust is a showstopper all by itself, and it proved no more difficult to make than a regular crust, just a little messier is all. I think it adds a fun touch. 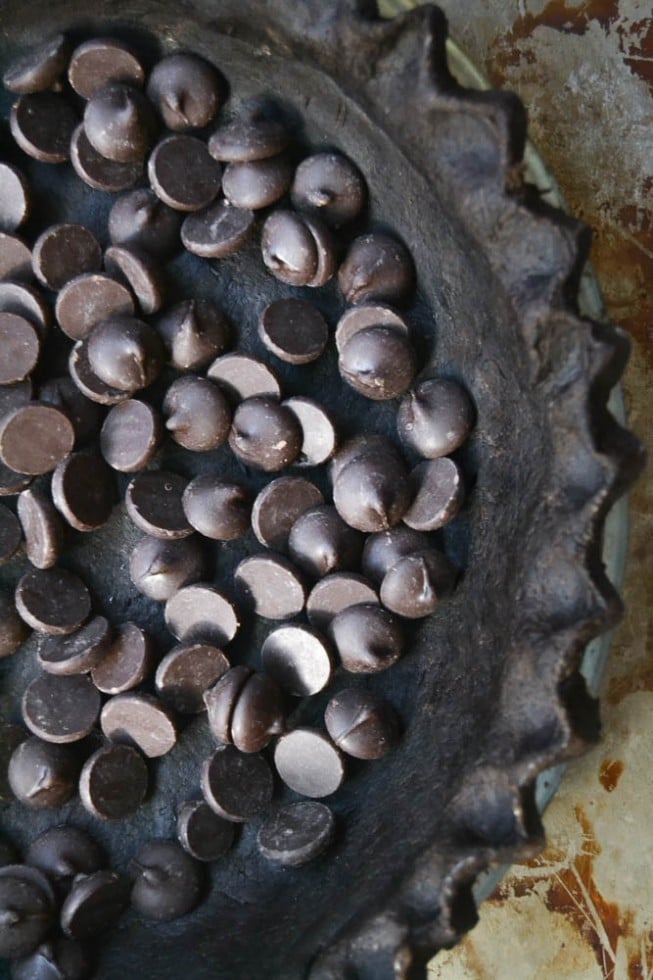 The black bottom is a layer of semi sweet chocolate chips.

I expected them to create an even layer of chocolate at the bottom of the pie, but they ended up migrating here and there during the cooking…no worries though, it all gets mixed up in your mouth eventually anyway 🙂 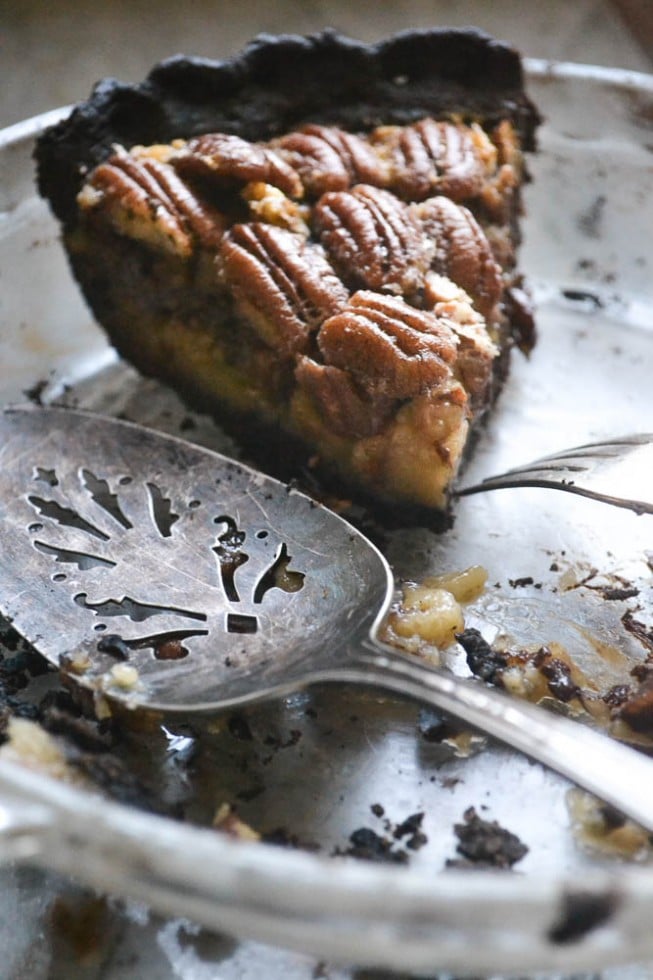 The pecans do cost a bit, and you need almost 10 oz for this pie. If you want to decorate the top with the halves, they are the priciest of all. You could, I guess, use chopped nuts and skip the arranging, but it won’t be nearly as good looking. 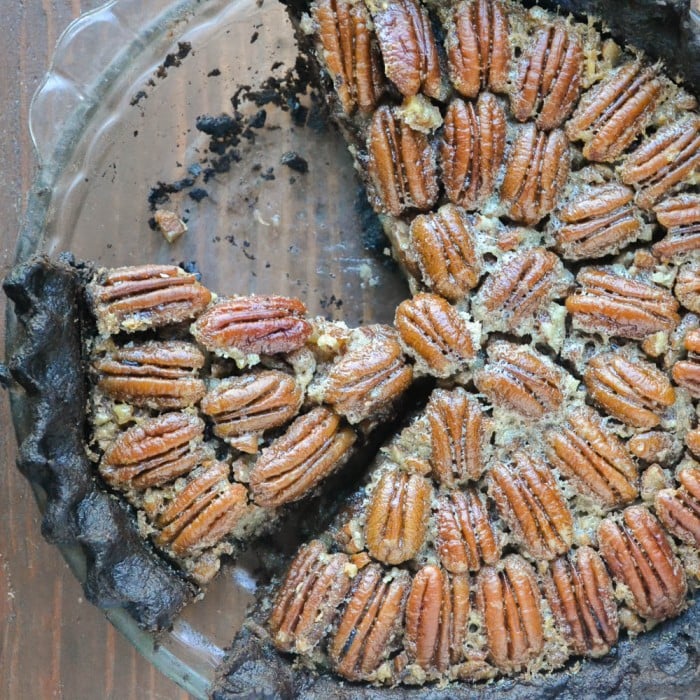 I don’t promise it will cut neatly and cleanly, in fact you’ll end up with lots of deep chocolate crumbs, shards of crisp pecans, and sticky filling everywhere…but I DO promise it will be fabulously delicious. 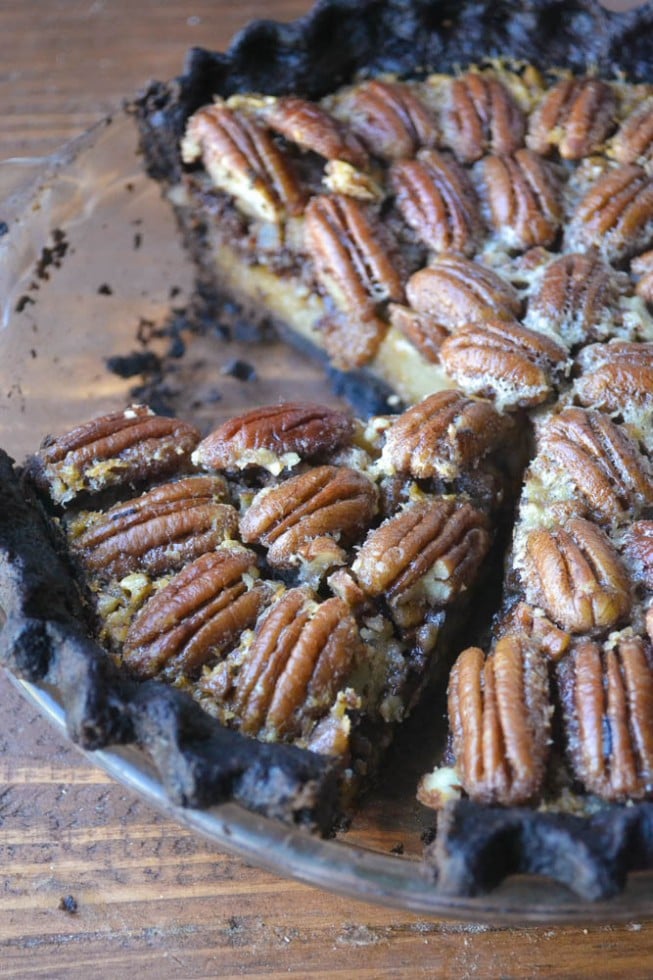 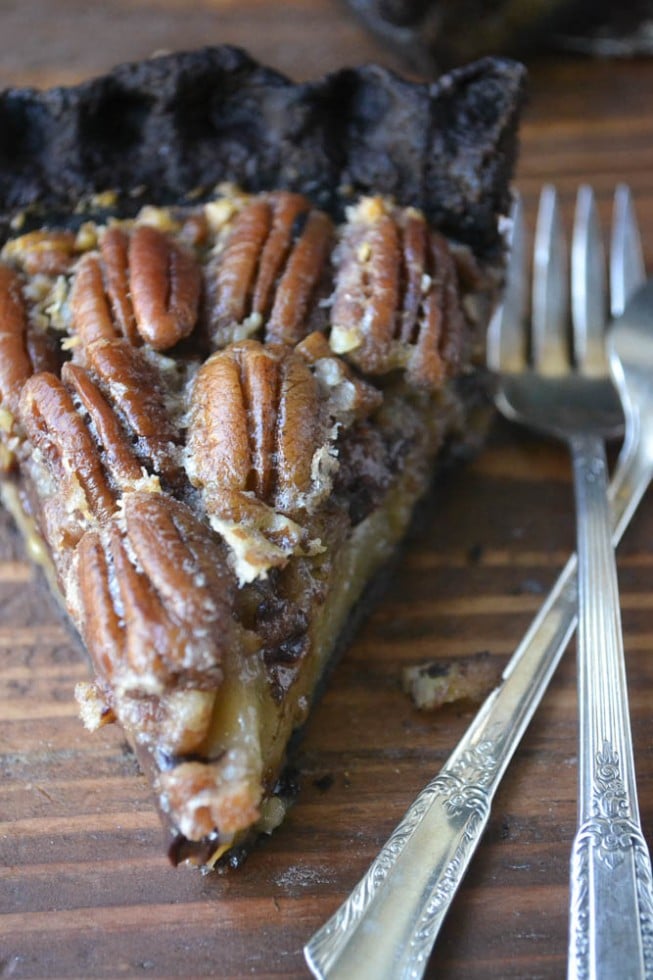 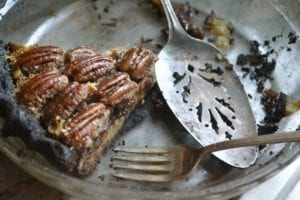 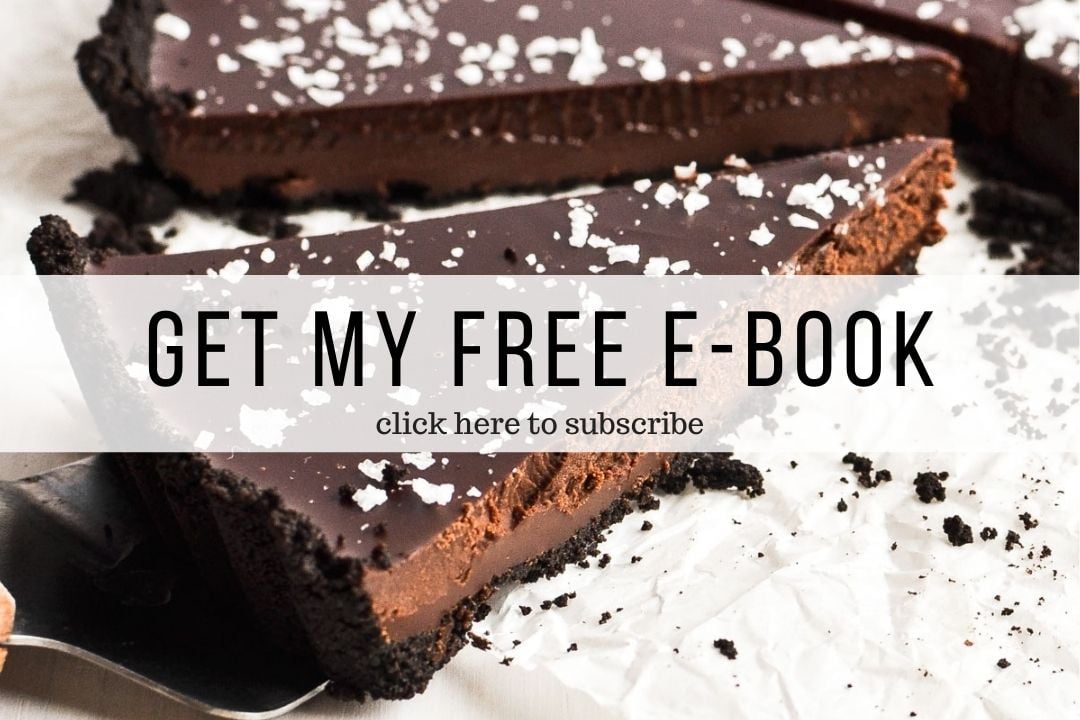 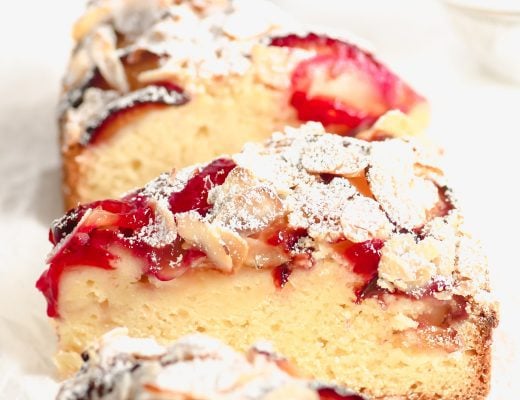 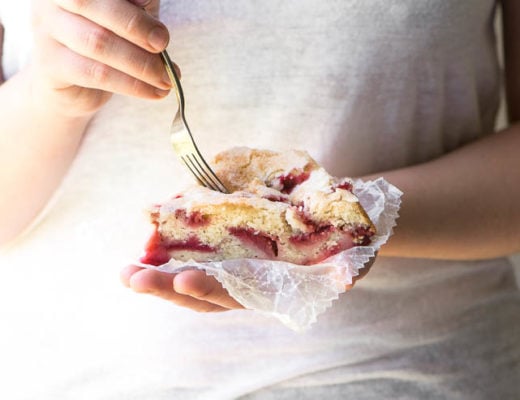 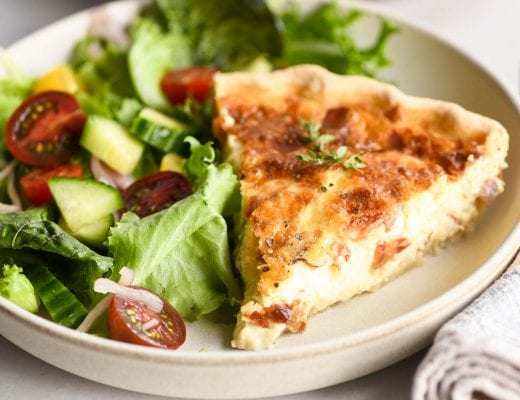