Today we’re making Jewel Box Labneh Balls ~ these little gems are made with homemade yogurt cheese rolled in colorful herbs and spices. Serve with a fresh sliced baguette, then let everyone have fun choosing their favorites and spreading them onto the bread…it’s the perfect way to get your next party started! 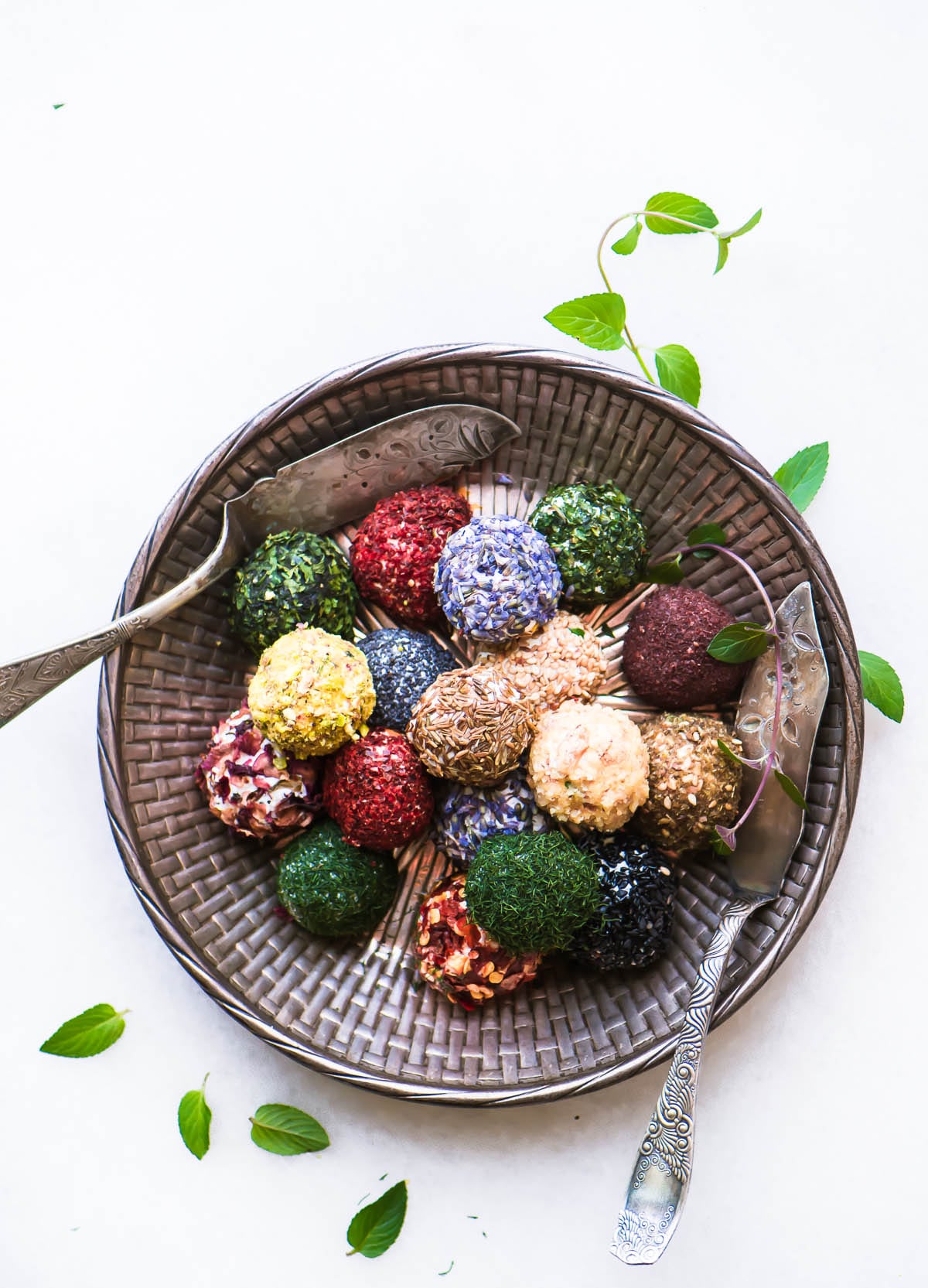 Recently I posted How to Make Labneh (Yogurt Cheese.)  That post was all about the basics: how to make a gloriously creamy strained yogurt cheese without any special equipment. Homemade labneh is a healthy fresh cheese that’s beloved all over the Middle East, from Iraq to Israel. You just drain plain yogurt until it becomes thick and spreadable. Eat it as a dip, use it as a spread, or roll it into balls and marinated in oil. In that post I promised you a very special Part 2, and now I’m delivering! I’m turning those silky little balls of yogurt cheese into a truly spectacular appetizer.

Let me call out at the top of this post that these are really REALLY good. I even surprised myself today, and that’s hard to do after all these years of food blogging. I highly recommend trying them, they’re not only fun to make and pretty to look at, but when you spread them on good crusty bread they’re absolutely delicious. 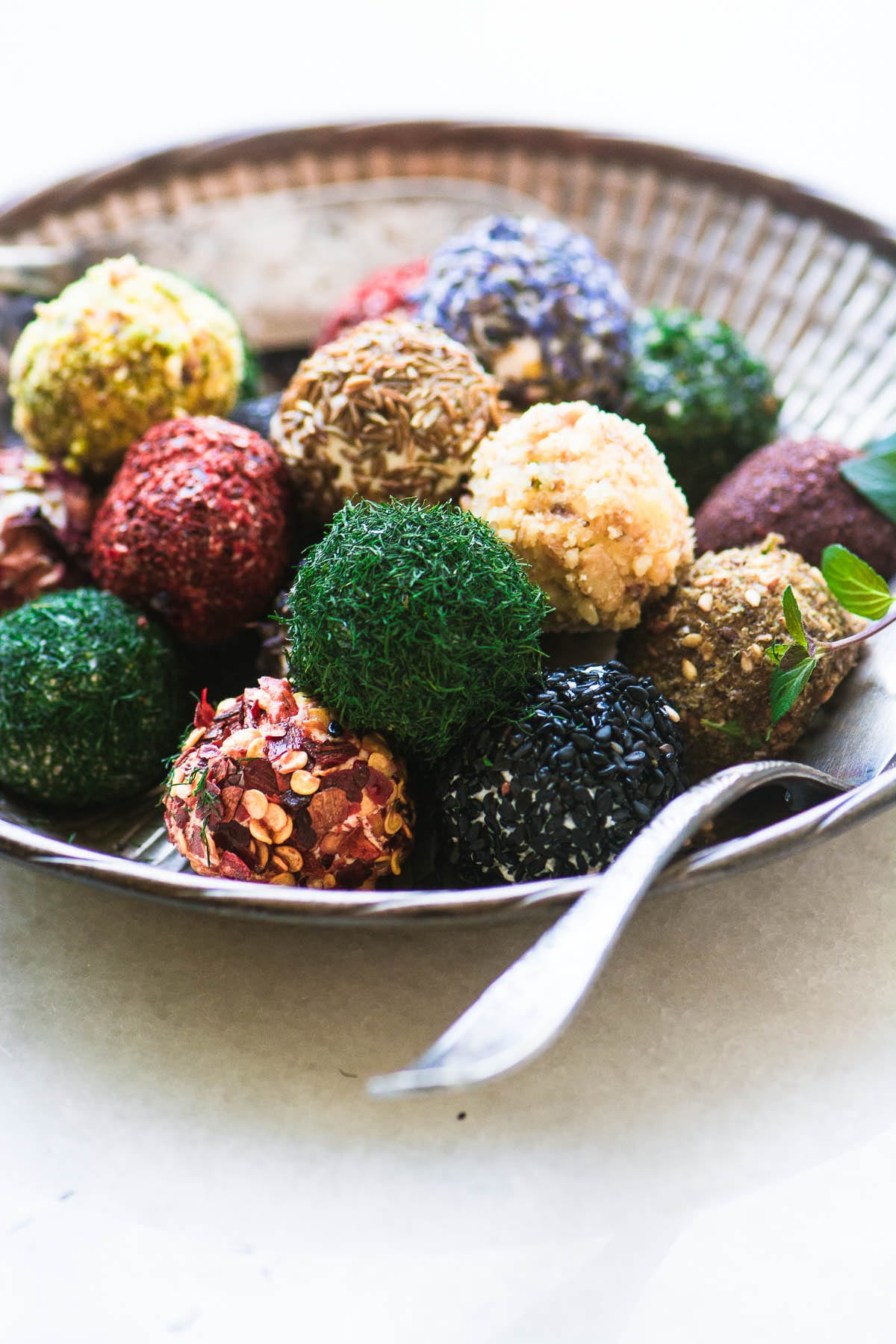 labneh balls start with a batch of homemade yogurt cheese

Let’s get down to the nitty gritty ~ you’re going need fresh made labneh balls (here’s the recipe for labneh from my earlier post)  and you’re simply going to roll them in different herbs and spices to coat them. The choice of coatings is up to you, but I think the more varied the better. You probably have several of these already in your spice cabinet, and you may want to purchase a few more if you get turned on by this idea like I did.

I chose to use a mix of common spices and more exotic ones, everything from dill and chili flakes to sumac and lavender. I love the variety but I think this would work just as well with one type of coating, if you have a favorite. 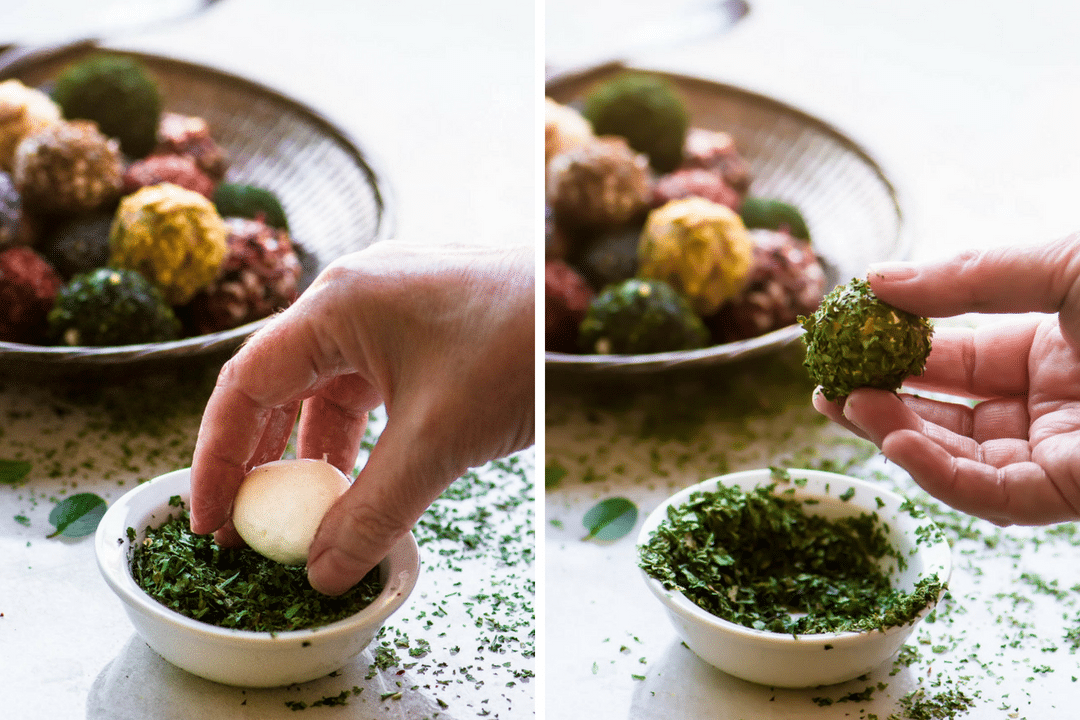 Tip: Labneh cheese can be anywhere from soft to firm, depending on how long your drain your yogurt. Make sure your labneh cheese is firm enough so that these balls will hold their shape. 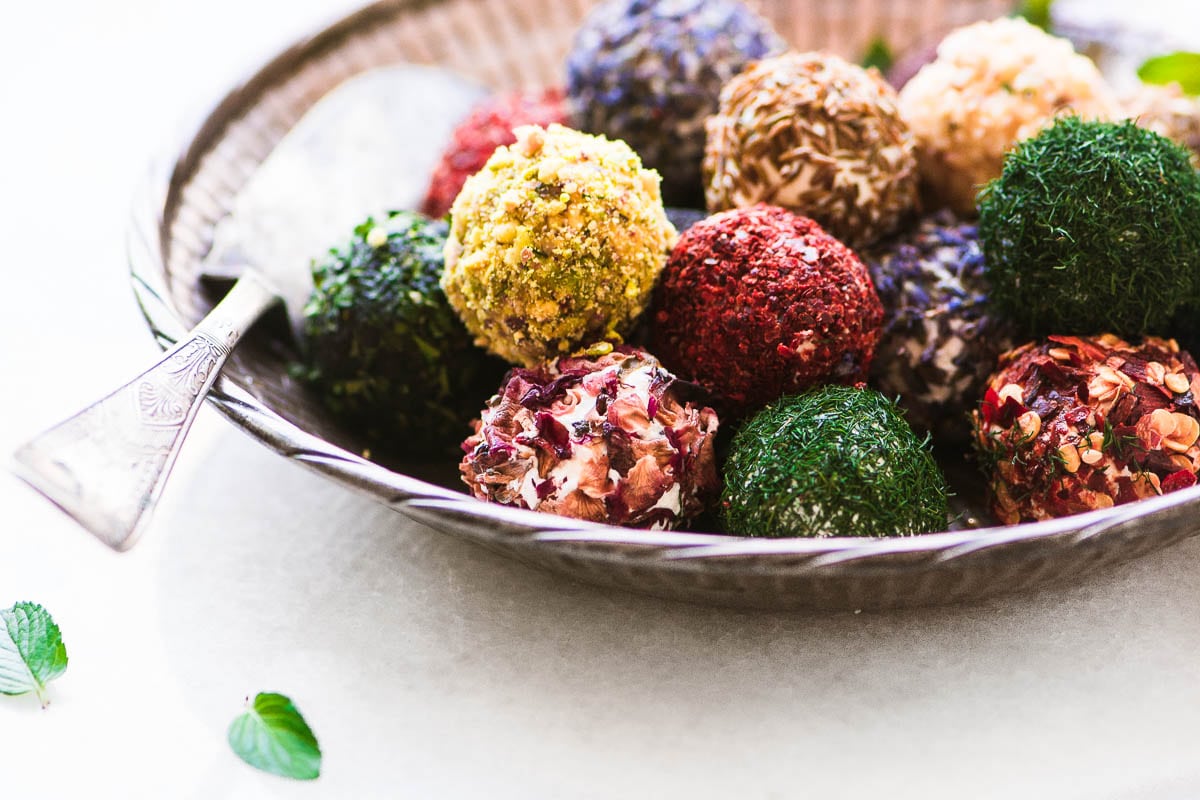 A few of my coatings might not be available in your regular grocery store, so I suggest a gourmet store, or buying them online.

Rose petals ~ this is a culinary grade and you can find them here.

Za’atar ~ a Middle Eastern spice blend (also the name of a specific thyme-like herb) that you can find here.

Aleppo pepper, a bright red zesty Syrian pepper, you can find it here.

Sumac ~ one of my favorite Middle Eastern spices, it’s a deep crimson and has a tangy citrusy flavor, find it here.

Nigella seeds ~ a smokey/oniony black seed that look like black sesame seeds, you can find them here. 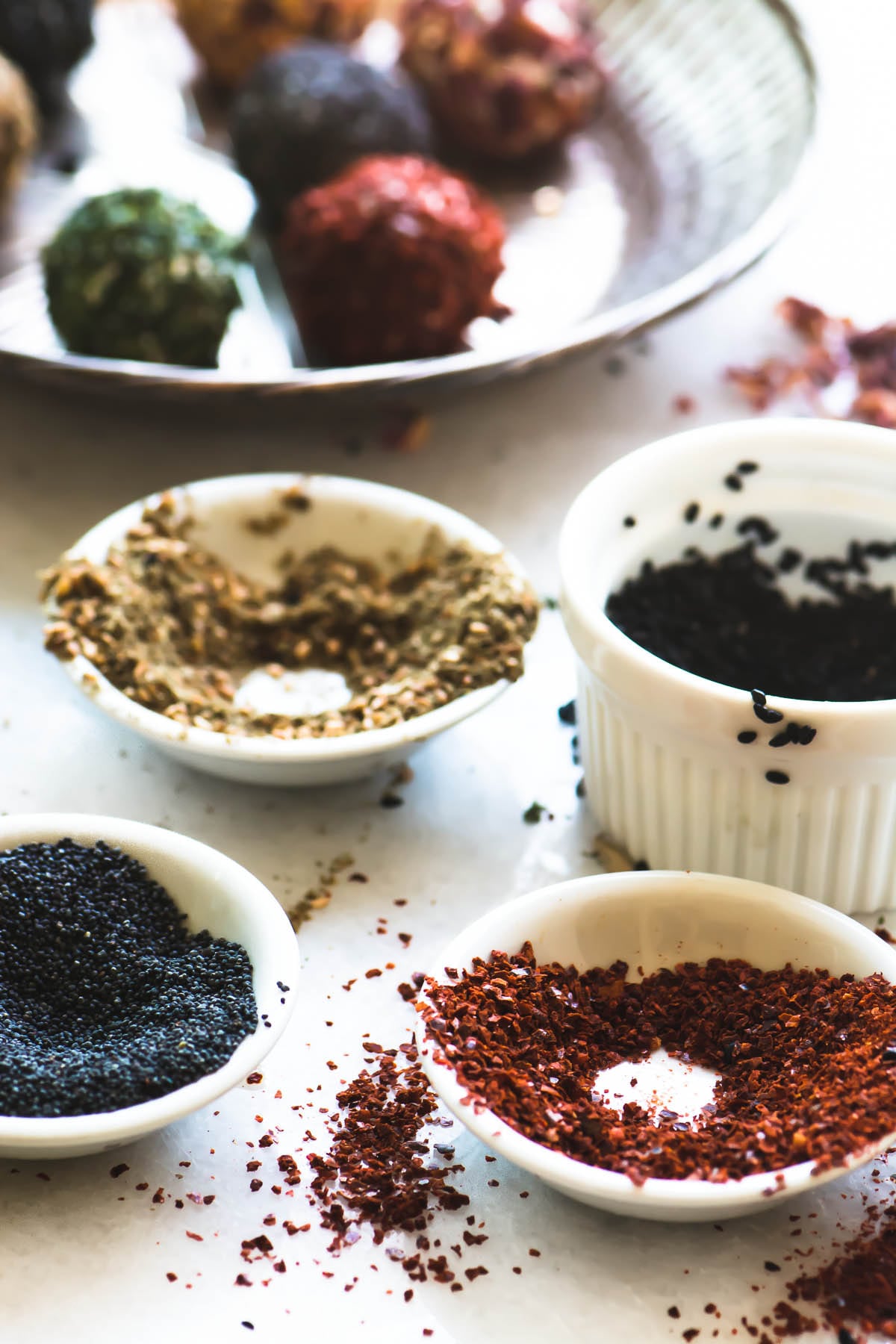 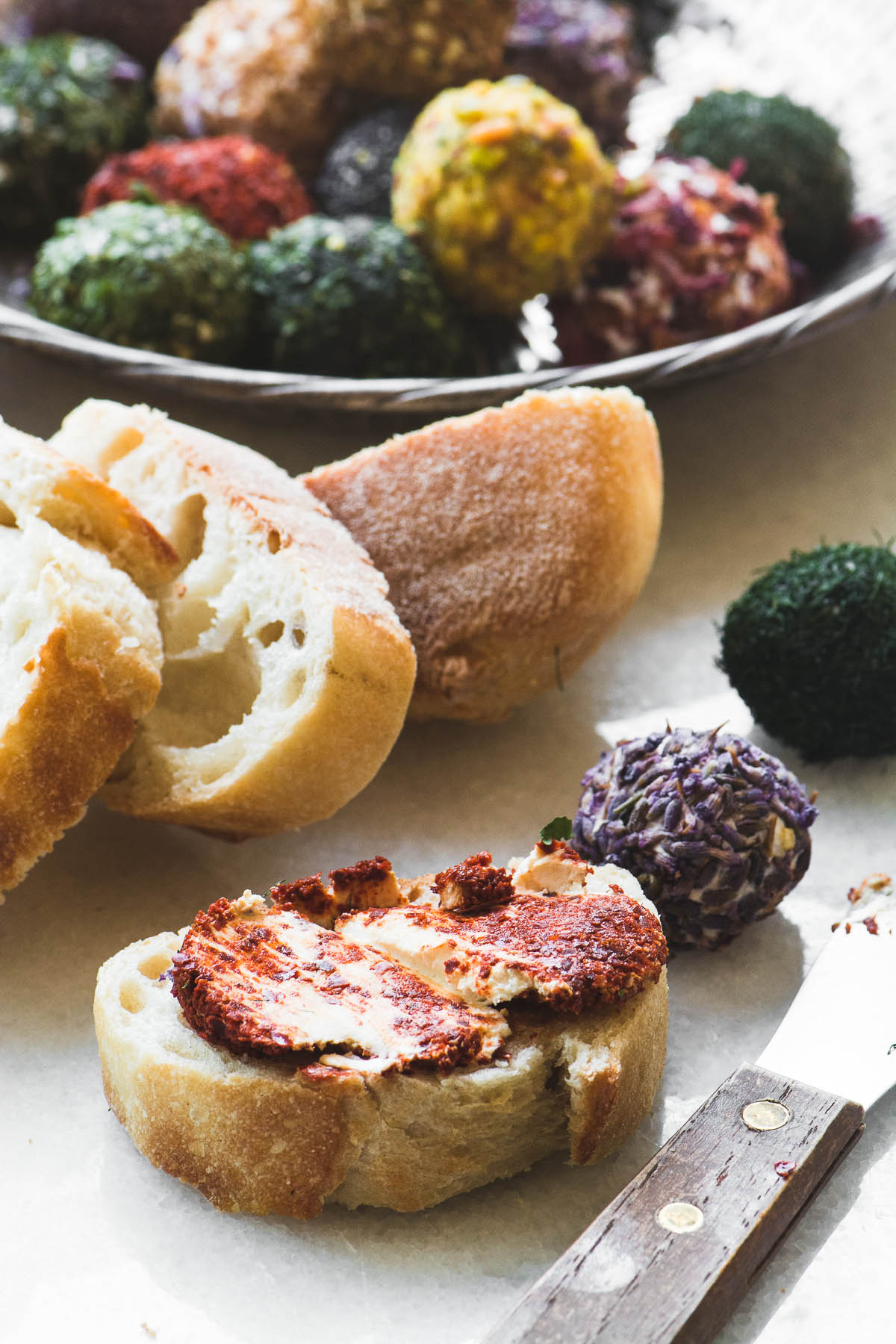 How to serve labneh cheese balls

Serving couldn’t be simpler…set our a bowl of the labneh balls, and some great bread, then let everyone have fun hunting for their favorites. The cheese spreads beautifully, and each ball is perfectly sized for a single serving. 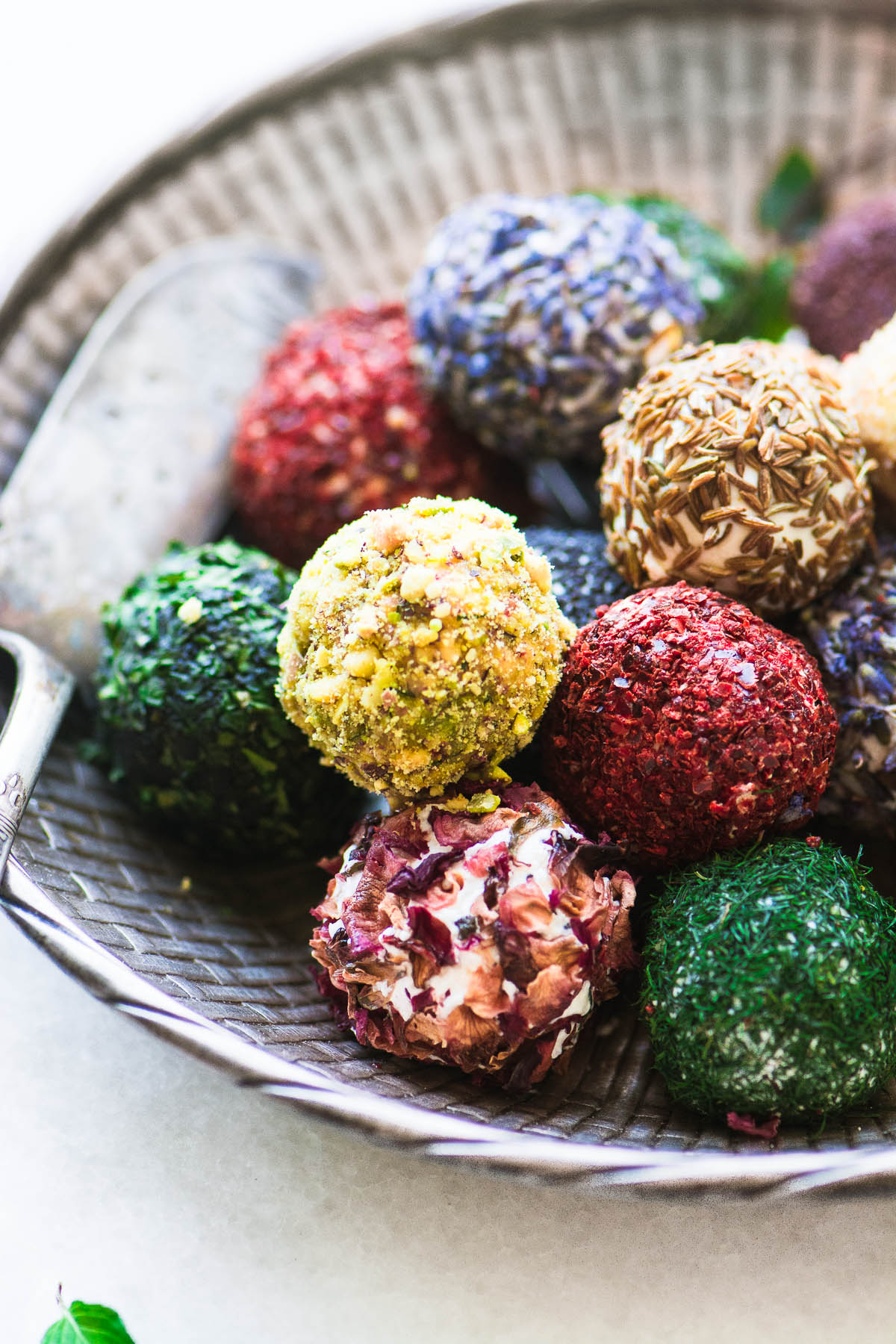 These jewel box labneh balls are such a great idea for host gifts…instead of a bottle of wine bring along a little container of these gems, you’ll get invited back, for sure! 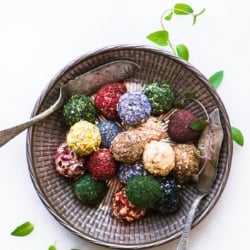 4.64 from 11 votes
Jewel Box Labneh Balls ~ these little gems are made with homemade yogurt cheese rolled in colorful herbs and spices.  Serve with a fresh sliced baguette, then let everyone have fun choosing their favorites and spreading them onto the bread...it's the perfect way to get your next party started!
Print Recipe Pin Recipe Rate Recipe
Prep Time:15 minutes
Total Time:15 minutes
Servings: 20 labneh balls

assorted coatings such as:

Calories: 20 kcal
Did You Make This?We love seeing what you've made! Tag us on social media at @theviewfromgreatisland for a chance to be featured. 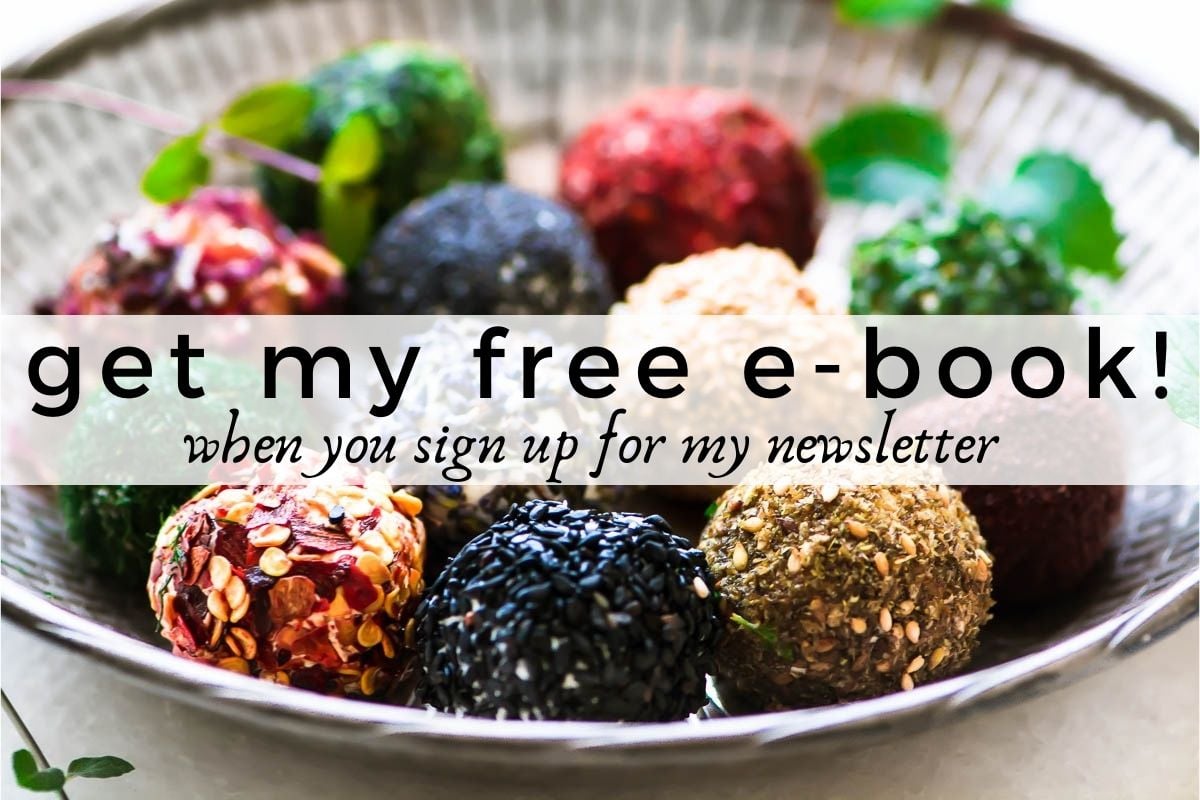 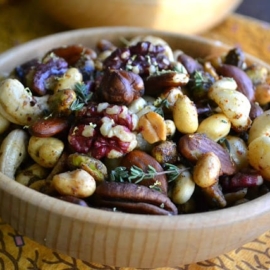 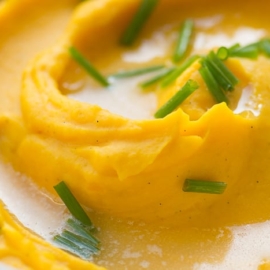 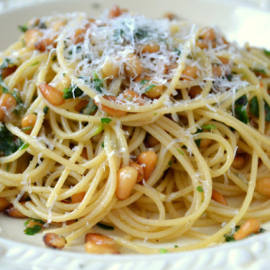 Spaghetti with Roasted Garlic and Oil 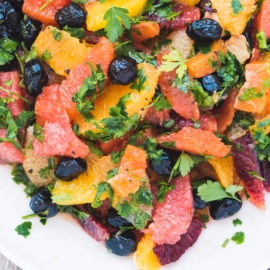