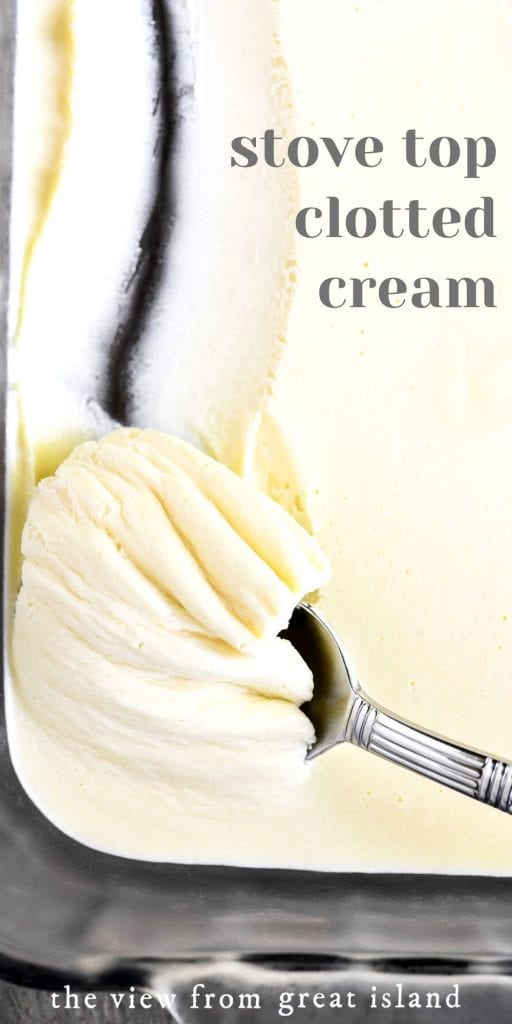 Once you’ve tasted clotted cream you can never go back, nothing will ever match its rich luxurious mouthfeel and you won’t want anything else on your scones ever again. Normally you have to buy it in absurdly small, absurdly pricy little jars imported from the UK. But I’ve spent literally years experimenting and perfecting the art of making homemade clotted cream.

How to Make Clotted Cream in the Oven

First, way back in 2015 I made my first batch, and that was in a very low (180F) oven. It takes quite a while at that temperature, overnight, in fact. It turned out lovely and many of you have made it that way since. The only problem is some ovens don’t go down as low as 180F, so it was frustrating for some.

How to Make Clotted Cream in the Instant Pot

My next big innovation came in 2019 when I figured out that I could make clotted cream in my Instant Pot. It was a bit easier than the oven method, definitely faster, and resulted in perfectly silky clotted cream every time. Only problem there was that not everybody has an Instant Pot, and they keep changing their models so it can get confusing with different buttons and settings, etc.

A big leap forward to 2021 and this stove top method that is pretty much foolproof.  This method requires a bit more hands on time, but the overall time is the least of all the methods. This requires no special equipment or tricky temperature control. You just need a heavy bottomed saucepan.

How to make clotted cream on the stove

The do-it-yourself techniques for making clotted cream don’t replicate the exact way it’s made in England, but the concept is the same and the result is incredibly close to what you get in the little jars. In fact to me it’s practically indistinguishable.

This cream has the same thick texture and unctuous mouthfeel as the original, it spreads beautifully and has that subtle cooked cream flavor; in other words, it’s spot on.

It’s a British thing, basically a ‘cooked’ spreadable cream that’s spread on scones at tea time. Cornish clotted cream is now legally defined (like Parmesan and Brie) and the milk to make clotted cream must come from Cornwall with a minimum fat content of 55%.

Clotted cream isn’t sweet, and has no added flavoring, although people suggest it has a sweet ‘nutty’ or ‘cooked’ flavor. It’s really the amazing texture that is so tempting (imagine cream as thick as peanut butter.)

Authentic Cornish clotted cream has a yellowish tint due to carotene (yes, it’s in carrots, too) in the grass the cows graze on.

In America it’s not that well known, but you can sometimes spot it in better grocery stores in tiny little (very pricy) jars.

People who love it but aren’t living in the UK have had to resort to creative measures to get their clotted cream fix, and that’s where this diy method comes in.

How to serve clotted cream

Clotted cream is served first and foremost with scones. Serve it in a little jar or pot along with your favorite jam. Whether the jam or the cream goes on first is a matter of hot debate in the UK. But one thing for certain, you’ll need a good pot of tea to go along with. (When you serve your tea why not make some diy sugar cubes too!)

If you don’t have scones you might try it on biscuits, or English muffins.

If you’re planning a brunch this is a fabulous time to bake up a batch of scones and splurge on homemade clotted cream.

Other ways to use it include mixing it into scrambled eggs, risottos, mashed potatoes, etc. I love to bake with it, and I use it to make  a deliciously rich clotted cream shortbread.

As you simmer the cream in a saucepan the water content slowly evaporates in the form of steam.

You have essentially no waste, or whey, leftover at the end: you’re left with pure thick clotted cream. You’ll have a slightly higher yield than with other methods, for 3 cups of cream you’ll get approximately 1 1/2 cups clotted cream.

This method is quicker than the others, and your clotted cream will firm up within hours in the fridge, but can be left overnight.

The best scones to go with your clotted cream 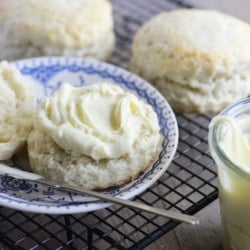 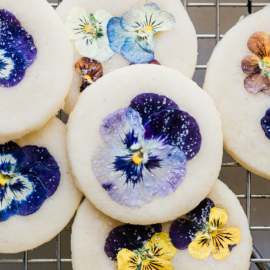 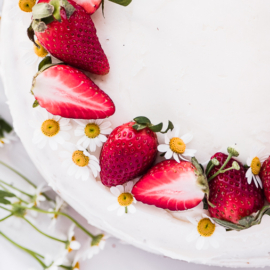