There’s something so tactile and satisfying about dinner in a bowl.. a meal like this Salmon Bowl with Kale and Lentils that you can cradle in your hands and eat cross-legged on the couch. 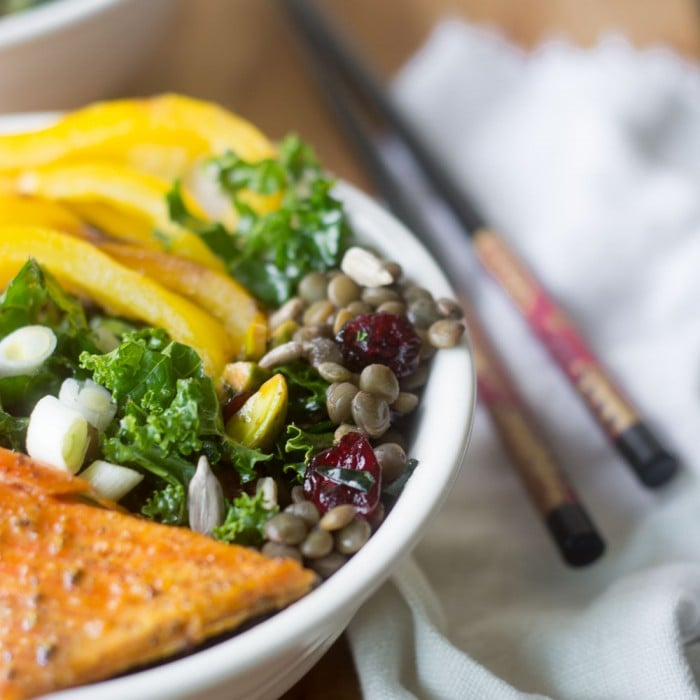 Plates are basically a Western idea, and not a very practical one at that. The other half of the world has been hip to the benefits of bowls forever and it’s time we caught up. In a bowl everything mingles together and there’s a wonderful sense of equality — flavors get a chance to combine with each other, and  hunks of meat can’t lord it over the veggies. Bowls have a built in portion control too. But if you’ve never fully embraced the concept you might be a little confused as to how to put one together. Don’t worry, it’s easy, and since we’re not going for any particular culinary tradition here, there’s a lot of flexibility in what you put inside. There are a few layers to this dish, but they can all be made ahead and assembled multiple times and in multiple ways, so it’s a versatile little idea. In the dead of summer you can eat everything chilled, but right now I like to serve the lentils warm and the salmon hot off the grill. The warmth does wonderful things to the kale, and all the flavors and aromas really pop. 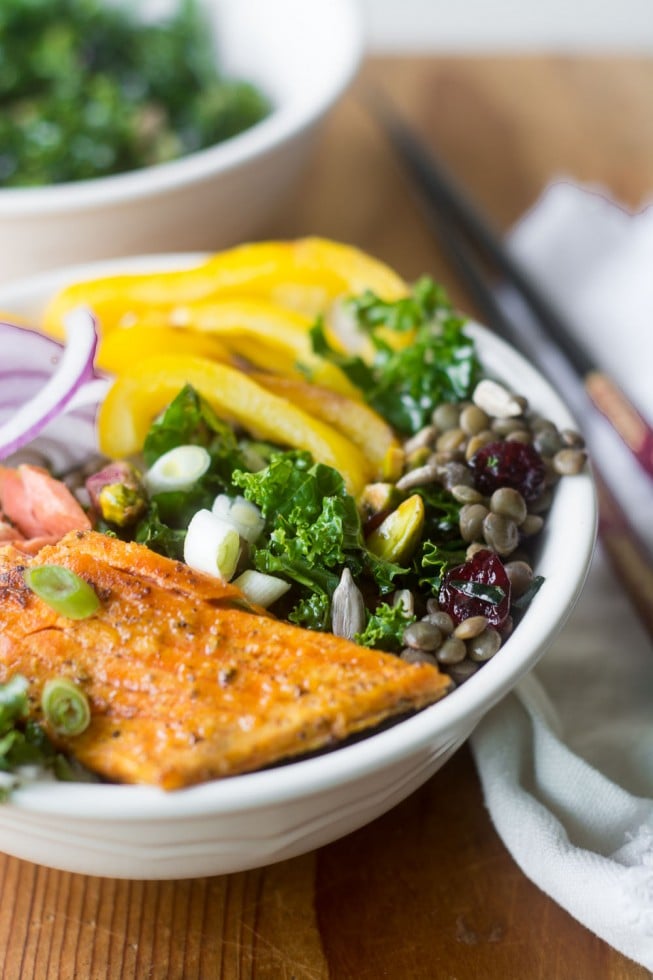 I set out to fill this bowl with the healthiest components I could think of. I’ve recently crossed over to the wild side when it comes to salmon. I don’t buy anything else anymore, even though it means spending more money. I just adjust by using smaller portions, and a bowl like this is perfect for making a small amount of really great fish go a long way. 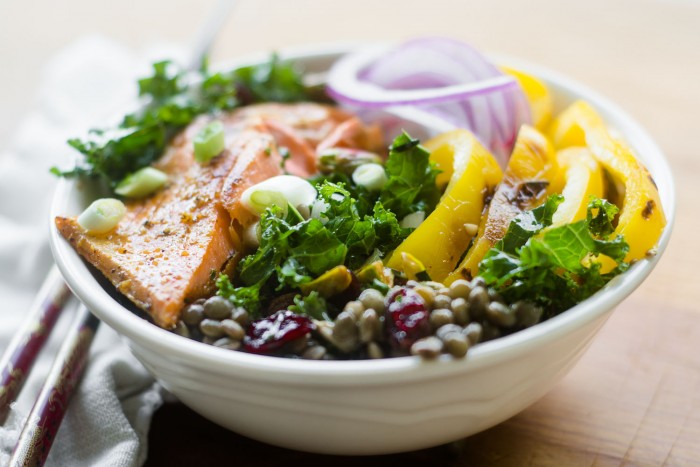 I’m also a fairly recent convert to kale. It’s becoming a big favorite of mine, both cooked and raw. The secret to using raw kale in salad is, if you ask, me, just to shred it finely, and make sure to dress it lightly ahead of time so that it has a chance to absorb the flavors and soften just a bit. No massaging, promise. 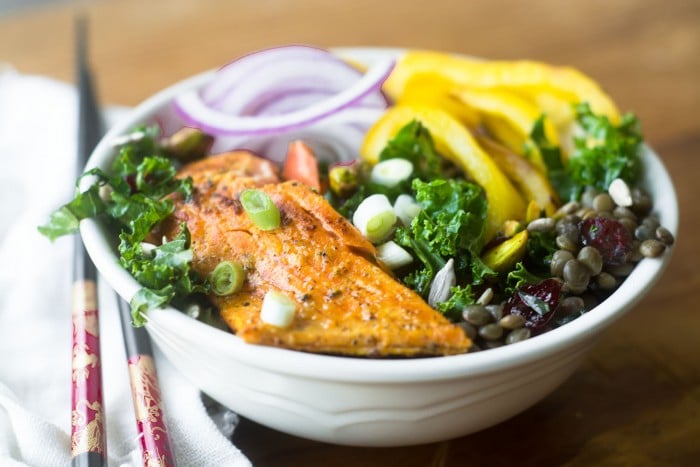 The rest of the ingredients work really well to hit all your taste buds. I like sunflower seeds and pistachios for crunch, and some dried cranberries for chewy sweetness. The little French lentils are tender but still firm, and super satisfying. 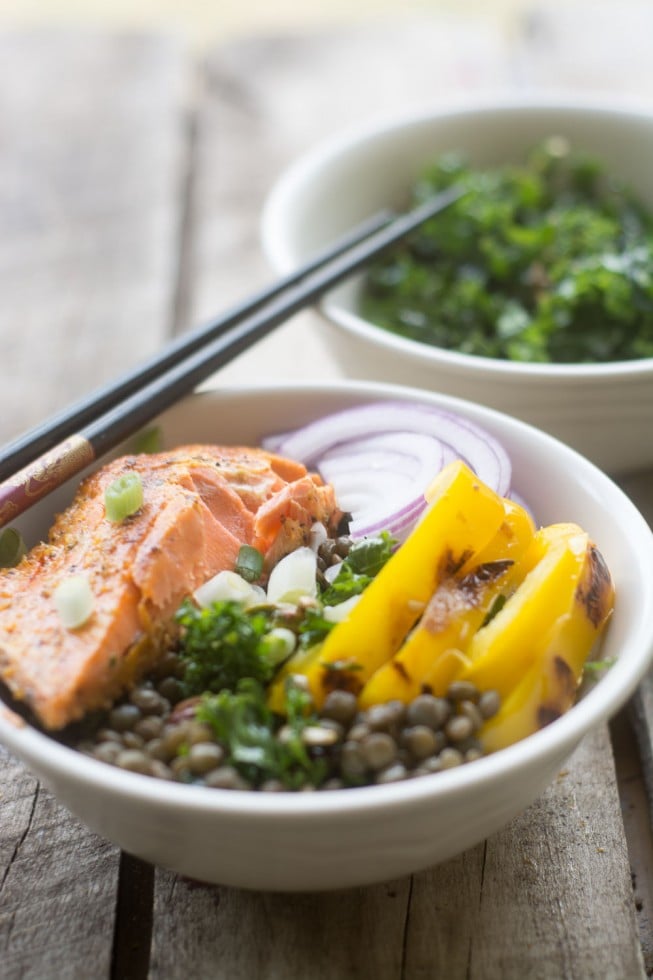 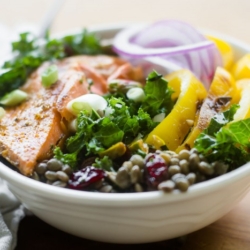 Salmon Bowl with Kale and Lentils

Don’t forget to pin this Salmon Bowl with Kale and Lentils! 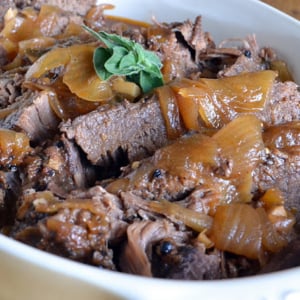 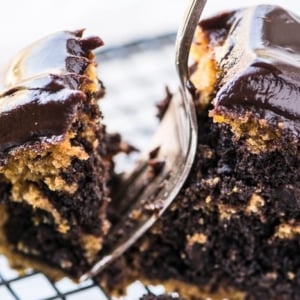 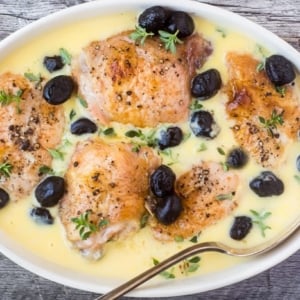 Chicken in Lemon Sauce with Olives 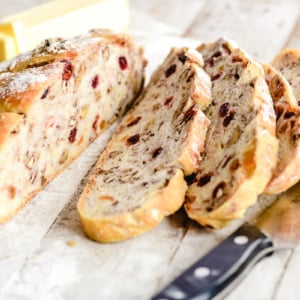