These fun homemade Chocolate Marshmallows will transform plain hot milk into a decadent treat ~ they’re super easy to make and impossible to resist! 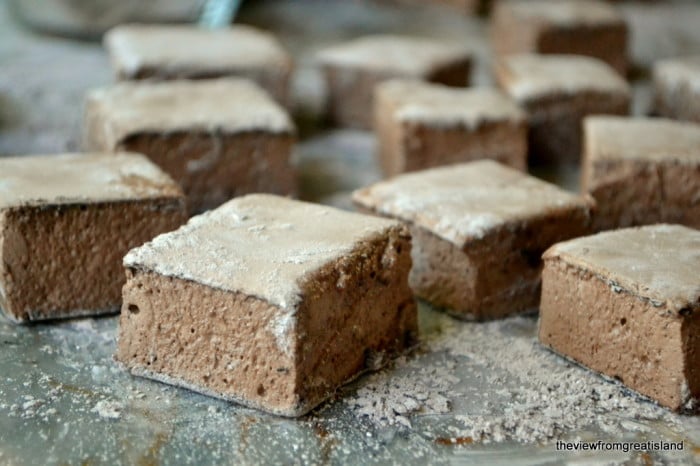 These chocolate marshmallows are the coolest things. Float them in a big mug of steaming milk and they make instant thick rich hot cocoa as they melt. Set them out on a dessert tray, package them up in cellophane bags as gifts, or eat them just like candy. 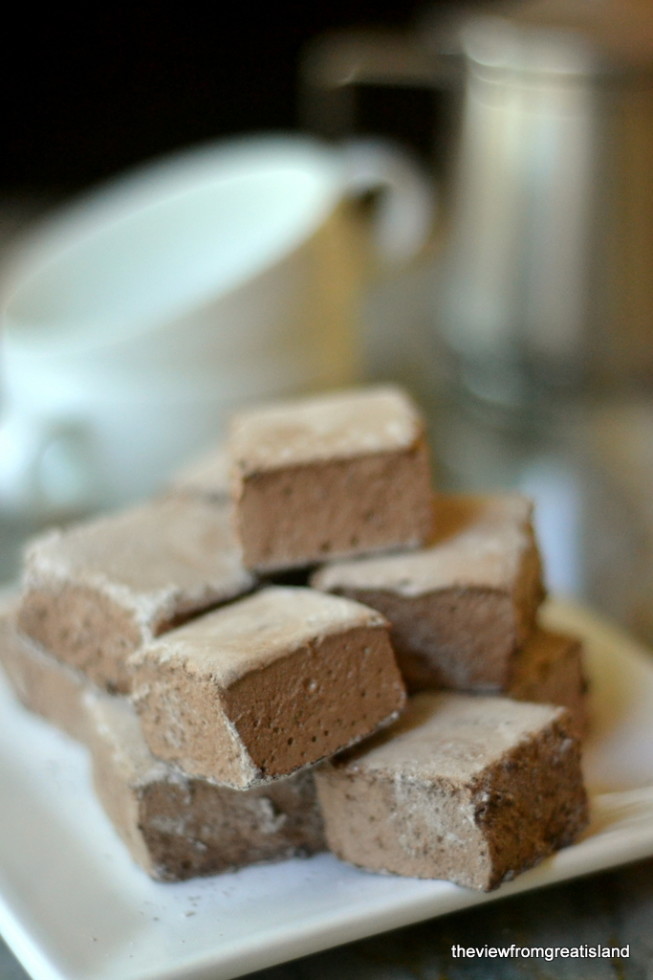 This year I’ve got the candy making bug, and marshmallows are some of the easiest to do. They were originally made by whipping up the sap from the marshmallow plant, and they’re one of the earliest examples of candy making, dating back to the Egyptians. In 1948 somebody came up with a machine that extruded the confection into the cylinder form we know now. I think marshmallows are so much more luscious when you hand cut them from a giant slab of the stuff, like I did. 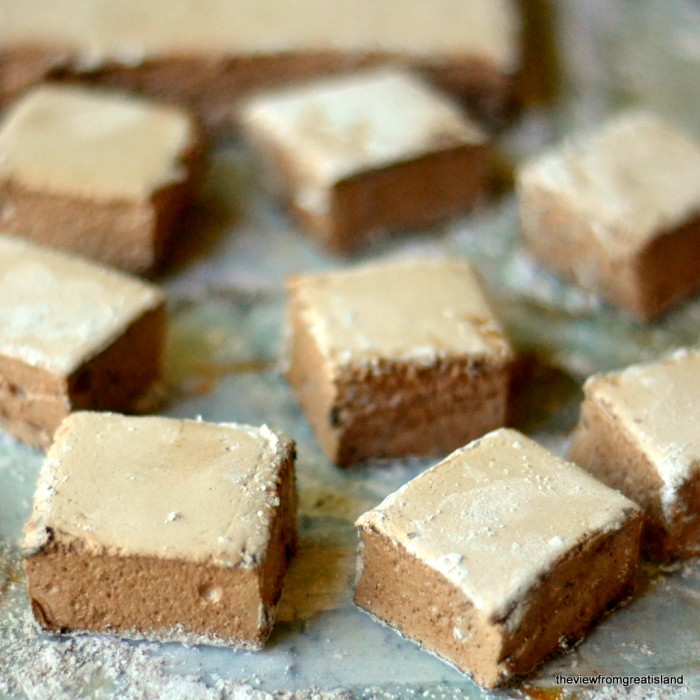 The basic marshmallow confection is created when you whip a boiled sugar and corn syrup mixture with gelatin. The process is easy but takes over 10 minutes of whipping, so a stand mixer comes in very handy. You can do it with a hand held mixer, but it takes more effort. The second half of the project, which is fun for kids to help with, is the slicing and dicing of the bouncy, plushy marshmallow slab. The cubes get dusted in cocoa/sugar so they don’t stick to each other, and then they’re ready to eat. All I did was add dark cocoa powder to the basic marshmallow formula to came up with this fun variation. 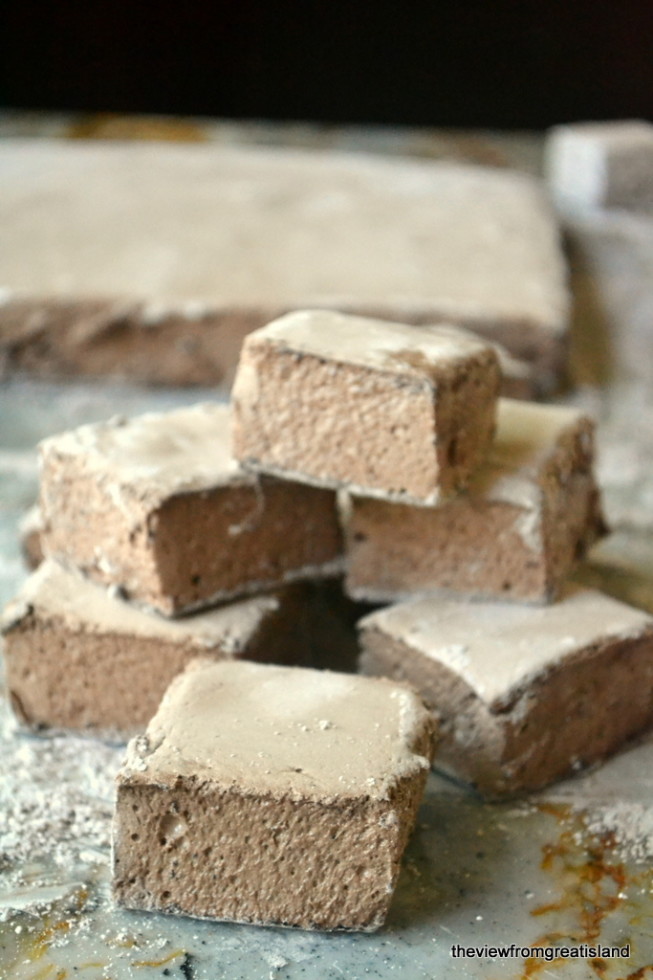 I think the most compelling argument for making these Chocolate Marshmallows is that they make fabulous hot cocoa, and all you have to do is microwave a mug of milk. 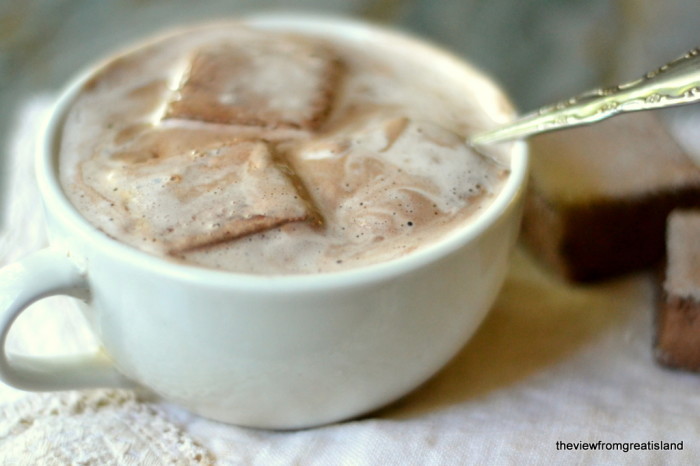 For vegan and vegetarian alternatives to gelatin, check out this article, HERE. 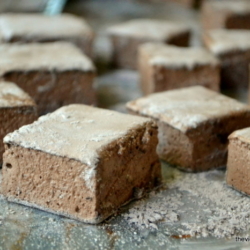 You will need a CANDY THERMOMETER, or an INSTANT READ DIGITAL THERMOMETER for this project.
Author: Sue Moran
Nutritional information is provided as a courtesy and is an estimate only. This information comes from online calculators.  Although The View from Great Island attempts to provide accurate nutritional information, these figures are only estimates.
Did You Make This?We love seeing what you've made! Tag us on social media at @theviewfromgreatisland for a chance to be featured. 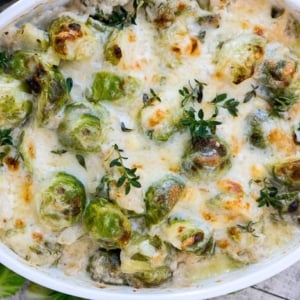 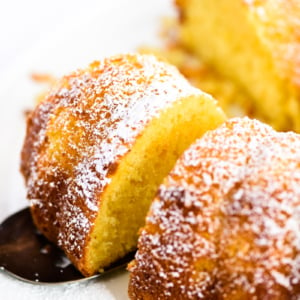 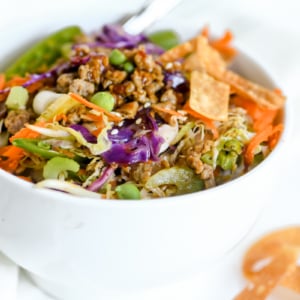 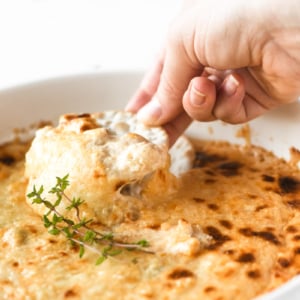