Fruit butter (yes, pumpkin is technically a fruit) is the luxurious cousin of jam and curd

And crock pot pumpkin butter is even easier to make! For a butter, fruit is first cooked, then pureed, and then cooked down further to a paste consistency, without the use of pectins. You can’t beat their silky texture, or the flavor that is developed as the puree reduces down. Butters are generally lower in sugar than most preserves, and you can customize the type and amount of sweetener to suit your tastes and needs.

When you use canned pumpkin puree the first step is done for you. On top of that I’ve developed this recipe to be made in the crock pot! All you have to do is add a bit of sweetener, some spices, and let it cook away for a few hours. Oh, and you’ll get some great bonus aromatherapy in the process.

The seeds of 1/2 of a vanilla bean…it’s the perfect touch. I purposely kept the spices light in this recipe, I wanted the pumpkin flavor to shine through. Two cans of pumpkin puree cook down to make just about 2 cups of butter. I spooned my butter into small Weck jars that hold about 3/4 cup each. I think they’d make great gifts. 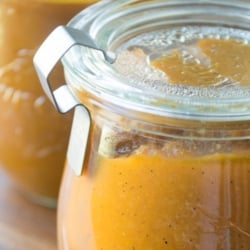 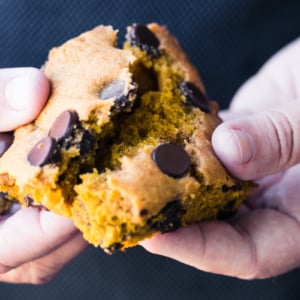 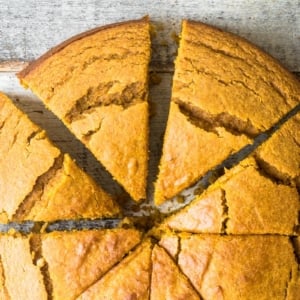 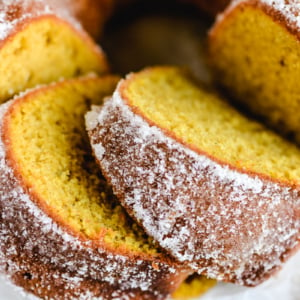