Grilled Baby Eggplant with Minted Yogurt and Pomegranate is a simple healthy Middle Eastern inspired side dish or appetizer ~ you can even pick up these babies by their stems and eat them as finger food ~ they might just put nachos out of business! 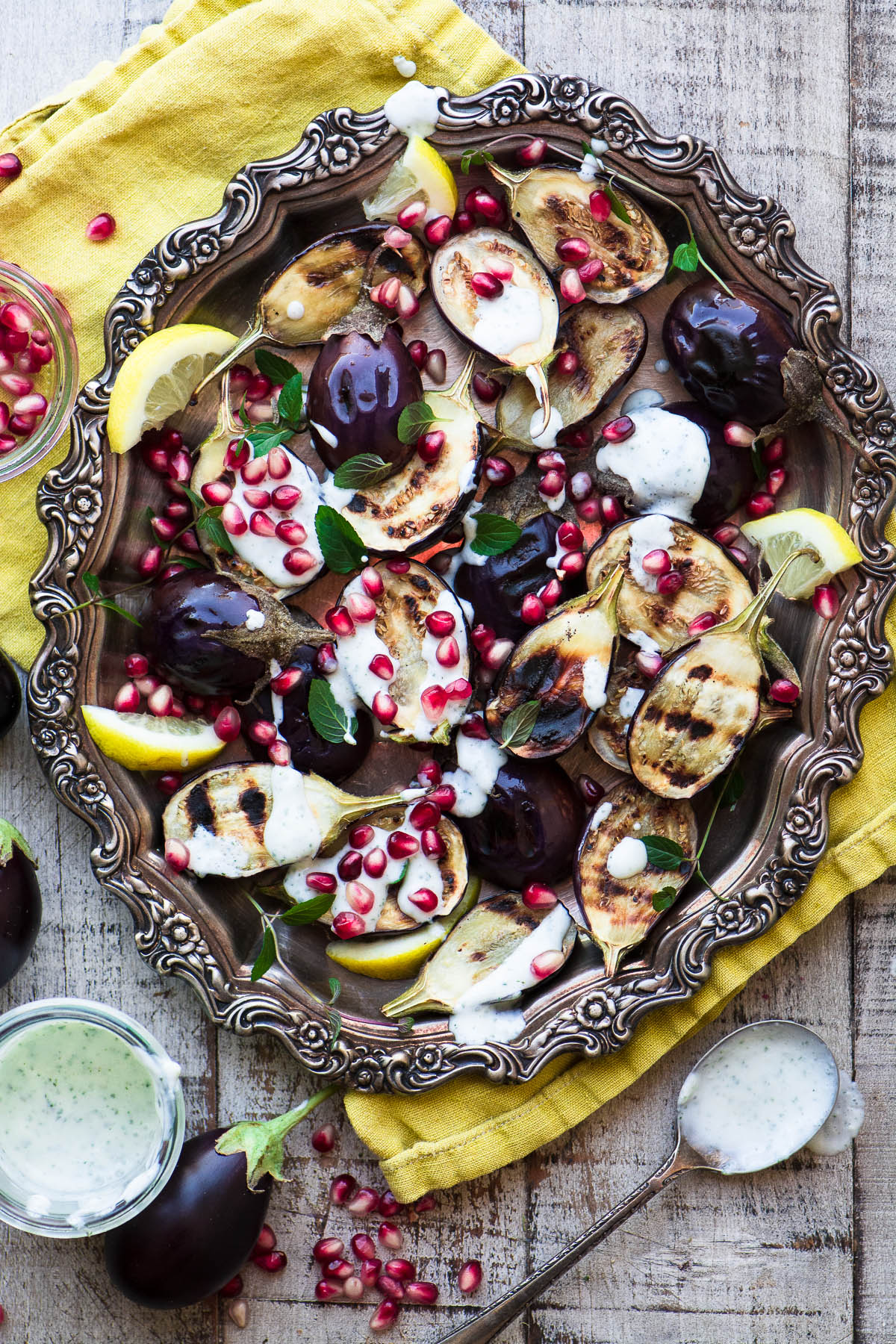 How do you decide what to make on a daily basis in your kitchen? I get my recipe ideas in all sorts of ways, but sometimes it’s an ingredient that inspires me. I spotted these baby eggplant at the farmers market last week and knew I had to have them on my table that night. 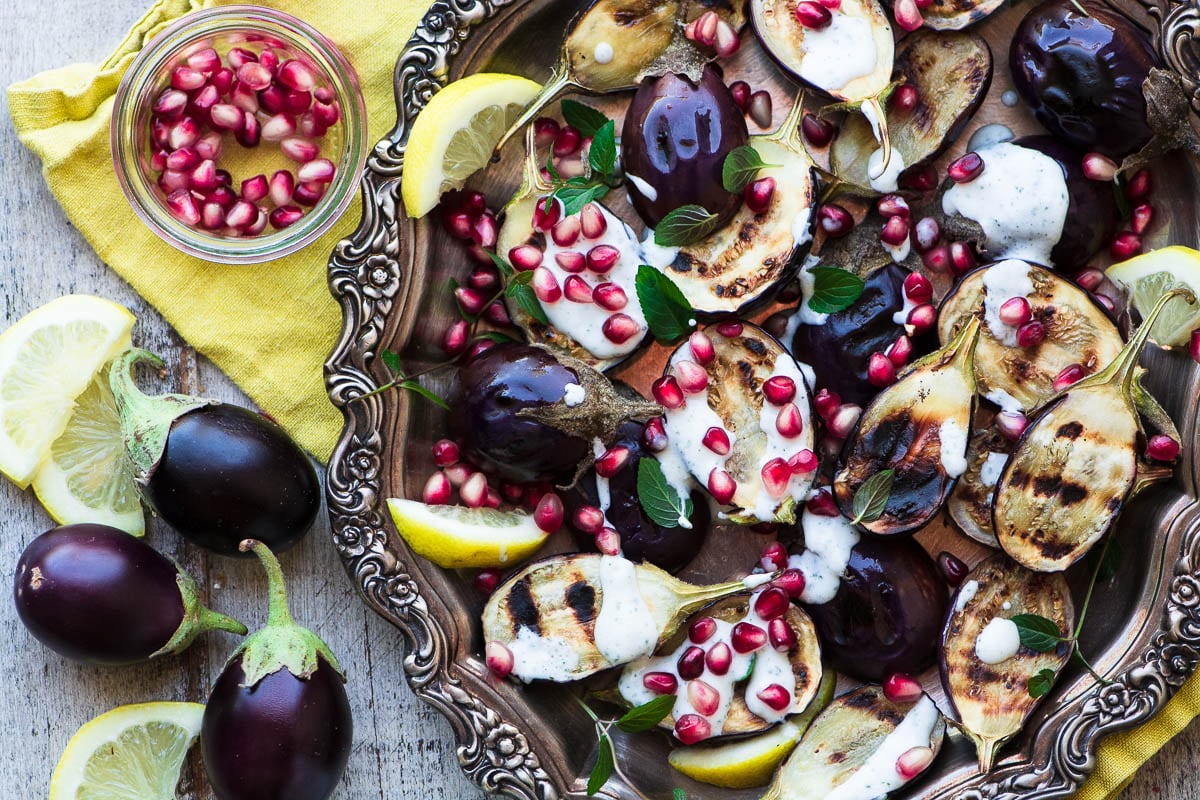 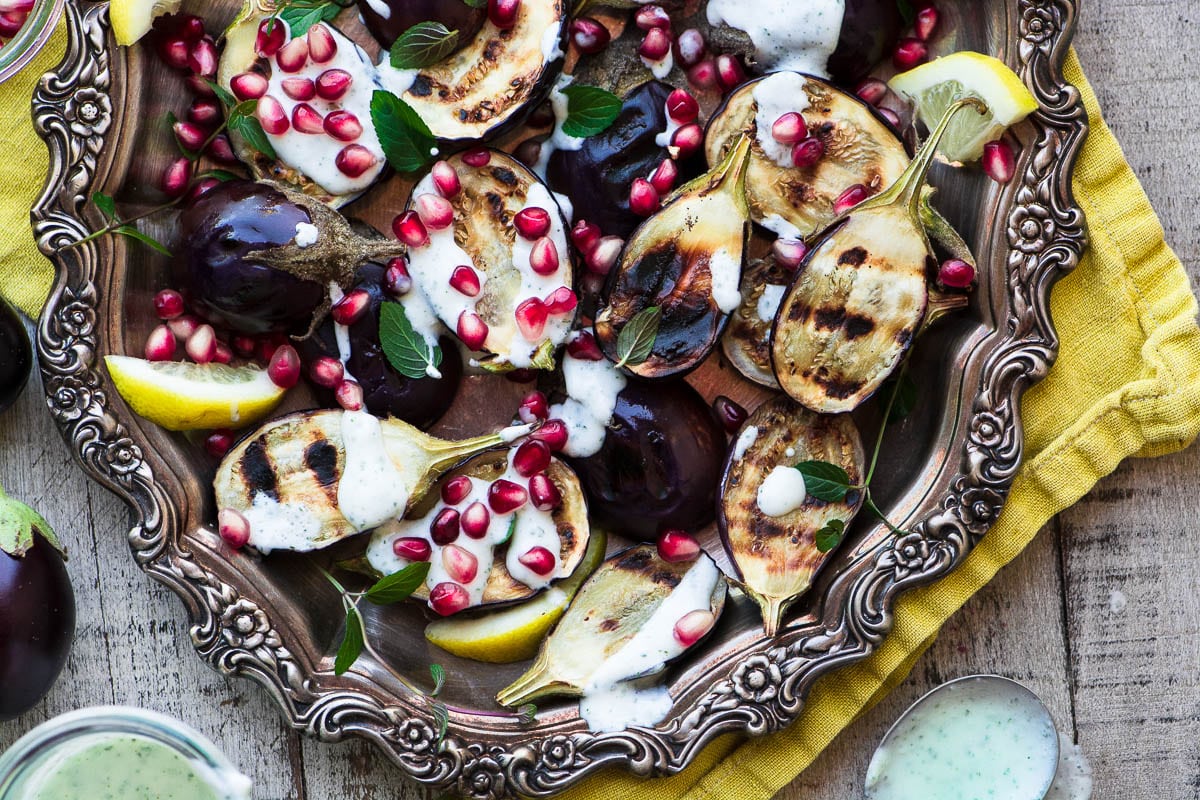 With beautiful baby produce like this you need to resist the urge to do too much t0 them. I just halved and brushed them with olive oil, and popped them on a hot grill pan. The flesh softens to a creamy texture and the charring gives them extra flavor.

But simple doesn’t have to mean plain, and I like to serve the grilled eggplant with a zesty minted yogurt sauce and a sprinkle of pomegranate seeds. (You could use toasted pine nuts or walnuts if you don’t have pomegranate.)  The result is festive enough for a holiday party. 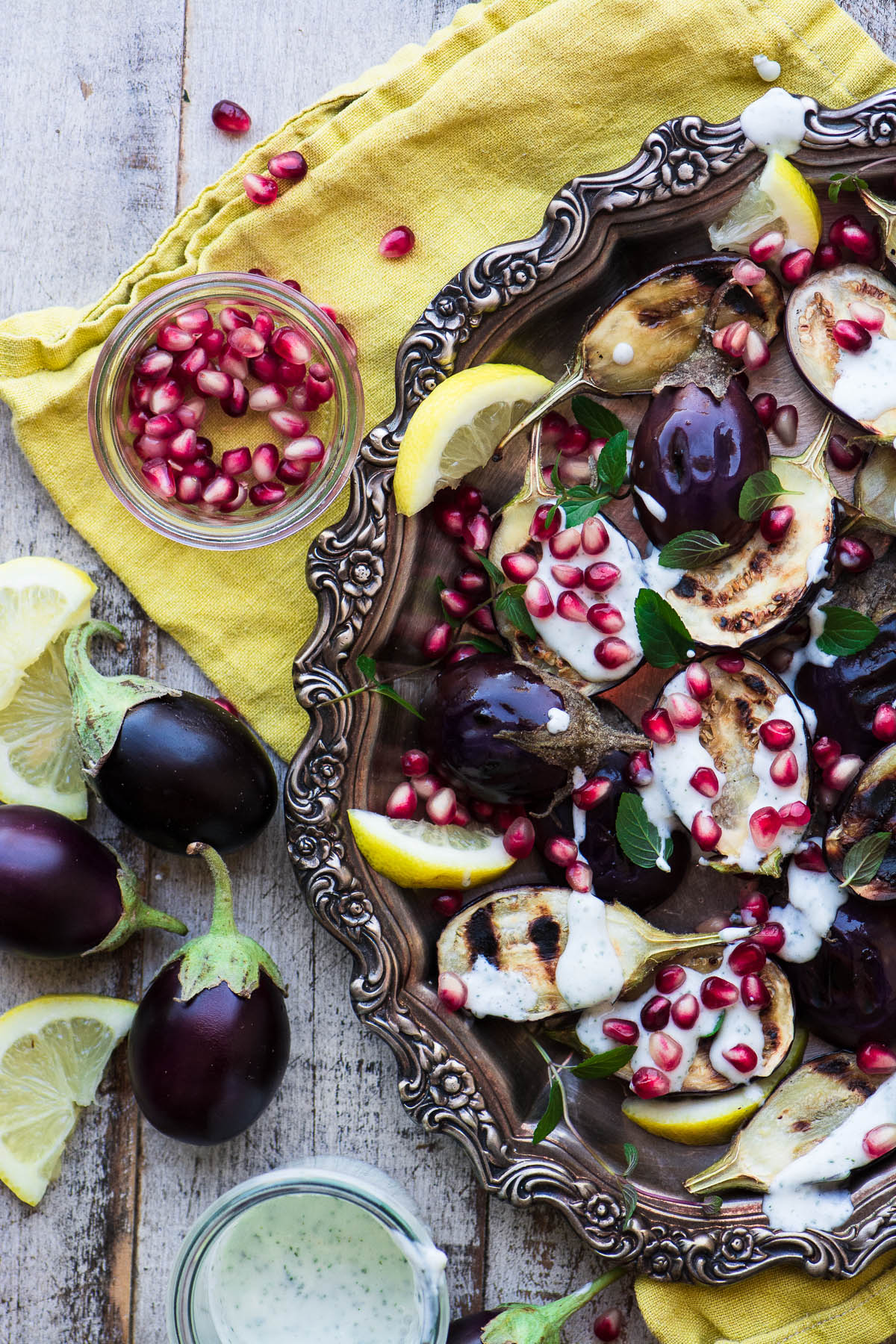 You can actually pick them up by their little stems and eat them as finger food! 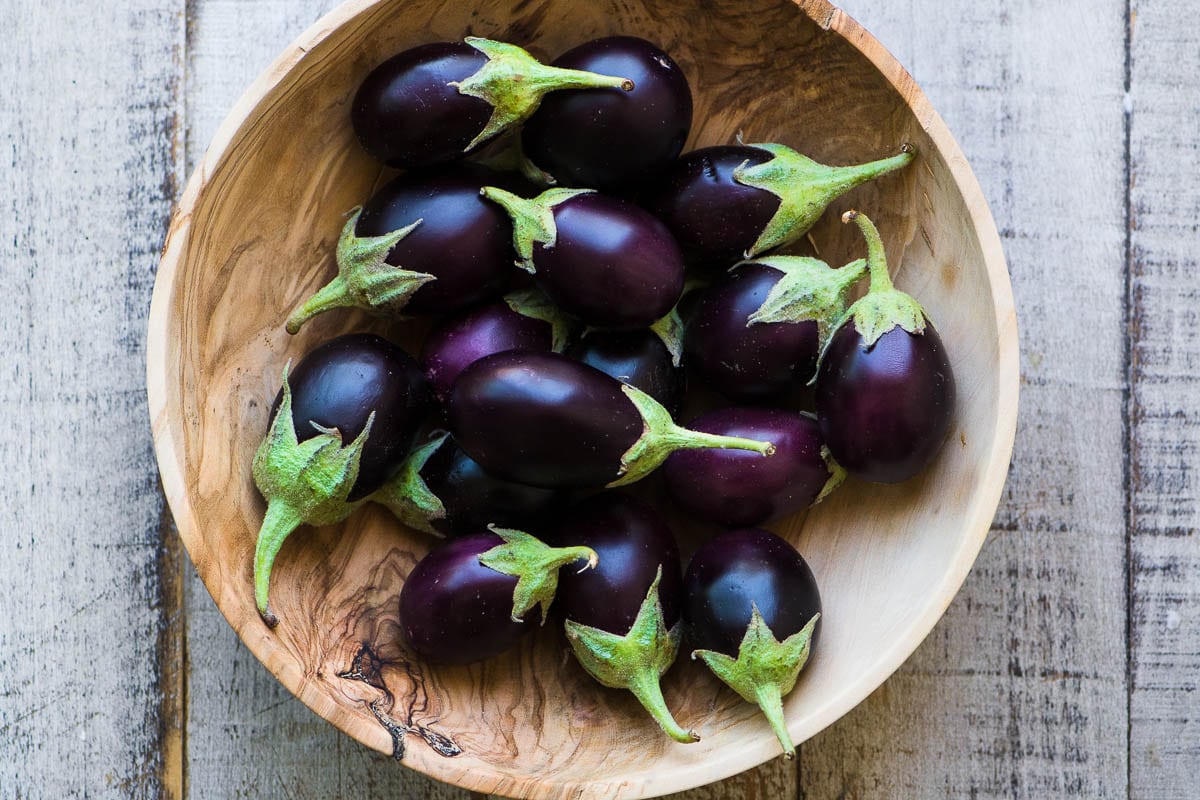 If you don’t have access to baby eggplant you can definitely use larger veggies for this recipe. If you’ve got the long thin Japanese eggplant just slice them lengthwise and cook the same way. If you’ve got the large round eggplant, I’d do them in slices, about 1/2 inch thick. 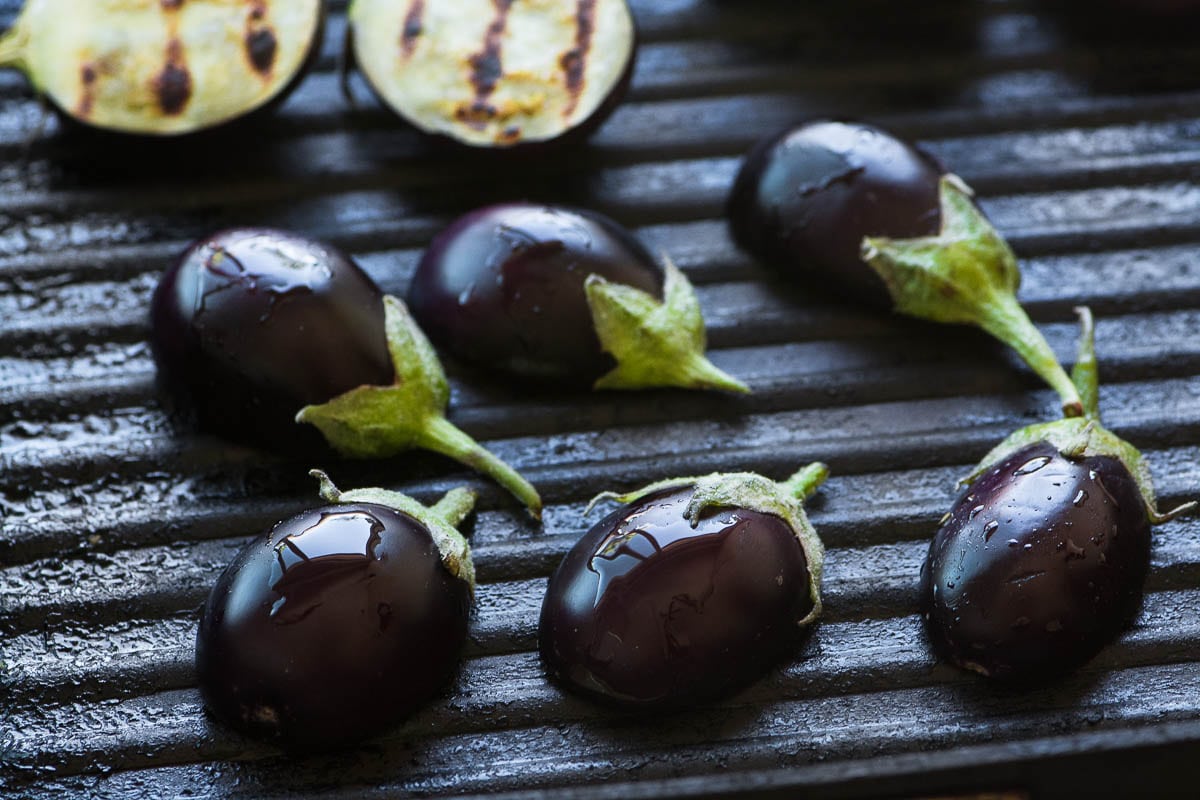 I use my stove top grill pan all the time. I use it when I want to sear food like fish, chicken, or veggies to get those great grill marks and flavor. It’s also what I use to grill my laffa bread. I use the Calphalon pan, pictured above, (you can click on the image for more info) I like it because it’s nonstick but doesn’t have a coating on it that can flake off over time. Hard-anodized nonstick is the thing to look for. 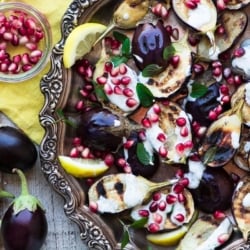 Calories: 58 kcal
Did You Make This?We love seeing what you've made! Tag us on social media at @theviewfromgreatisland for a chance to be featured.

Other eggplant recipes to try ~ 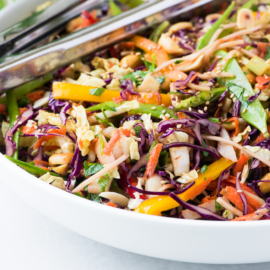 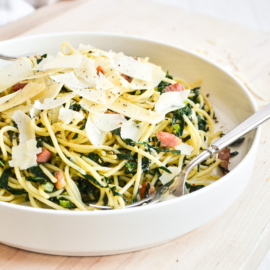 Kale and Pancetta Pasta with Lemon and Garlic 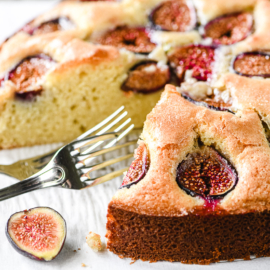 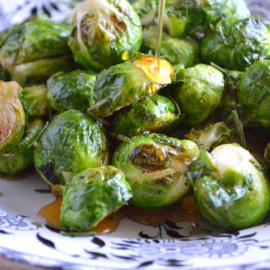