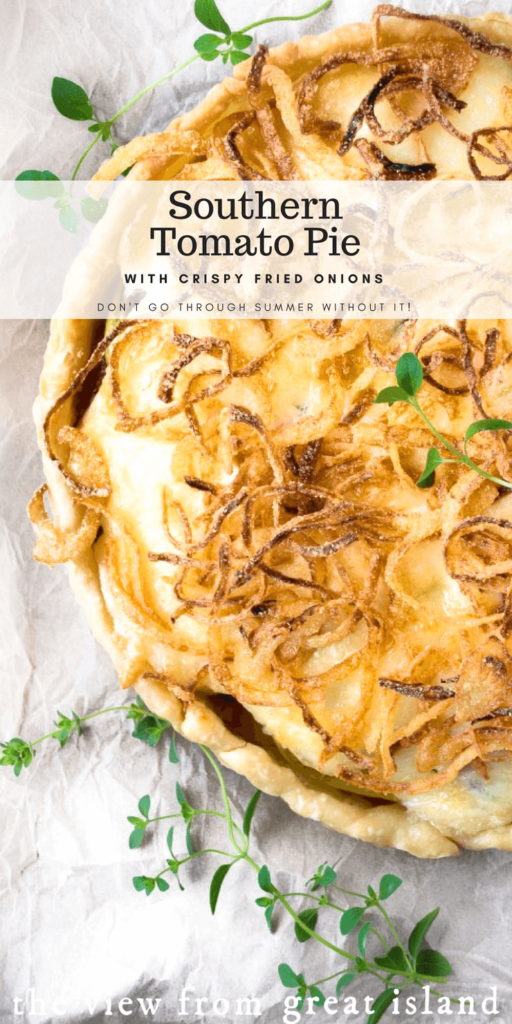 Southern Tomato Pie with Fried Onions ~ this classic tomato pie is gussied up with pretty heirloom tomatoes and crisp onion strings, who could argue with that? 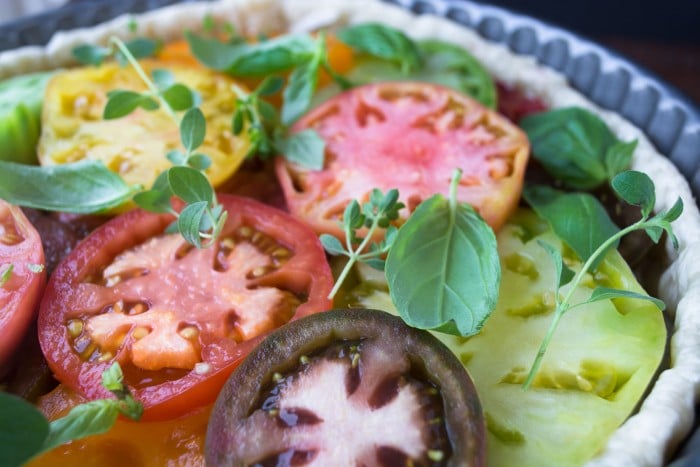 Does your dad send you articles? My dad has been sending me articles ever since I left home. At this point the envelopes from him with the carefully folded newspaper clippings and scanned magazine articles are some of the only snail mail I get. Usually it’s fatherly advice stuff like ‘the 10 habits of financially secure people’ or a list of the safest cities in America…sometimes it’s cautionary stuff like how my cell phone might explode in my ear type of thing — he usually circles the title of those to make sure I get the point — but lately he’s gotten into sending me recipes, and I love it. I adapted this Southern Tomato Pie with Fried Onions from his latest.

This pie is based on the classic Southern dish where thickly sliced ripe tomatoes are set into a single pie crust, covered in a slurry of mayo and grated cheese, and then baked into a bubbling cauldron of pure comfort. The recipe my dad sent was topped with a can of fried onions…I took it a step further and made my own Vidalia onion strings. Not much extra trouble and well worth it. 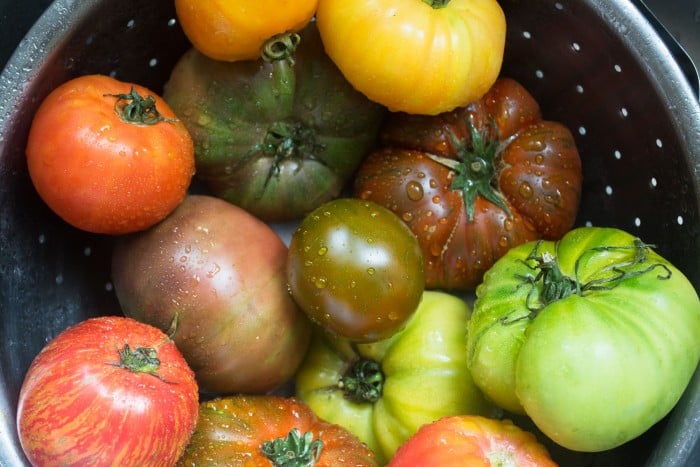 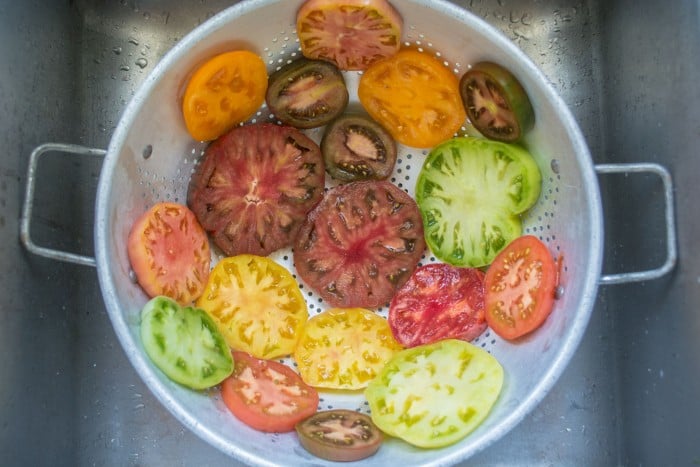 Allowing time for the sliced tomatoes to drain is key — tomatoes contain a tremendous amount of moisture, and you’ll want to get rid of at least some of it before you add them or you’ll wind up with tomato soup instead of pie! 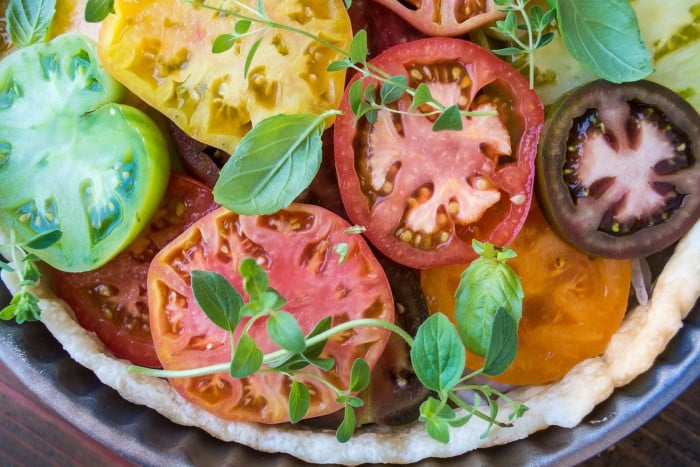 I lined a 10-inch tart pan (the kind with the removable bottom) with a ready made pie crust for convenience. In first go the paper thin slices of raw Vidalia onion, (use that mandolin slicer!) and then the tomatoes on top. 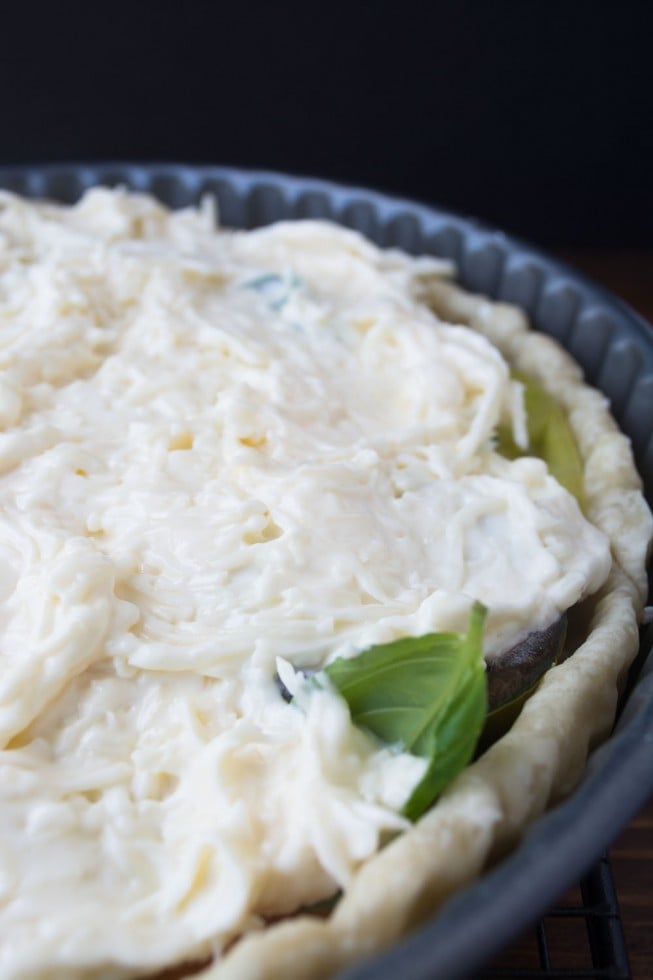 It all gets topped off with a cheesy mayo mixture. It doesn’t look like much in the raw state, but it’s really scrumptious after it has baked. Kind of like your favorite hot cheesy dip. The recipe calls for a good amount of fresh dill to be blended in with the topping and although I forgot to pick some up, I recommend you add it. I used assorted herbs instead. 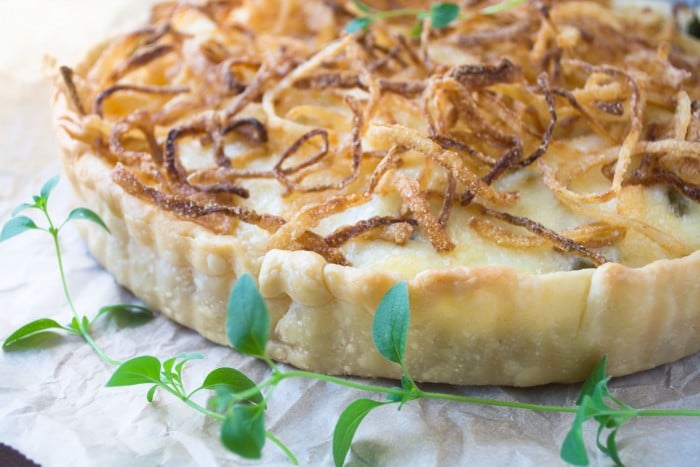 As you might expect, the delicate fried Vidalias add that extra special touch. 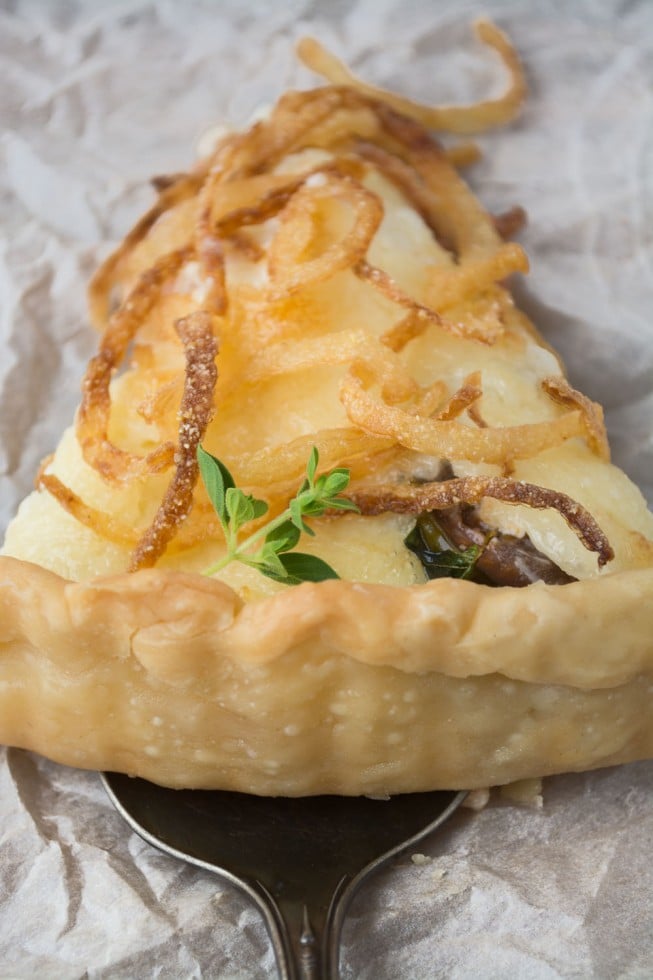 Thanks for the inspiration Dad! Even though sending articles through the mail is definitely a dying art,  I do carry on the tradition virtually. I just sent my oldest a link to ’18 Unbearably Cute Baby Animals Yawning’…I’m sure she loved it 😉 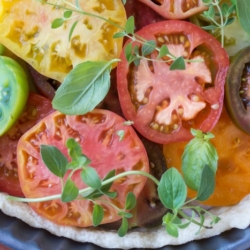 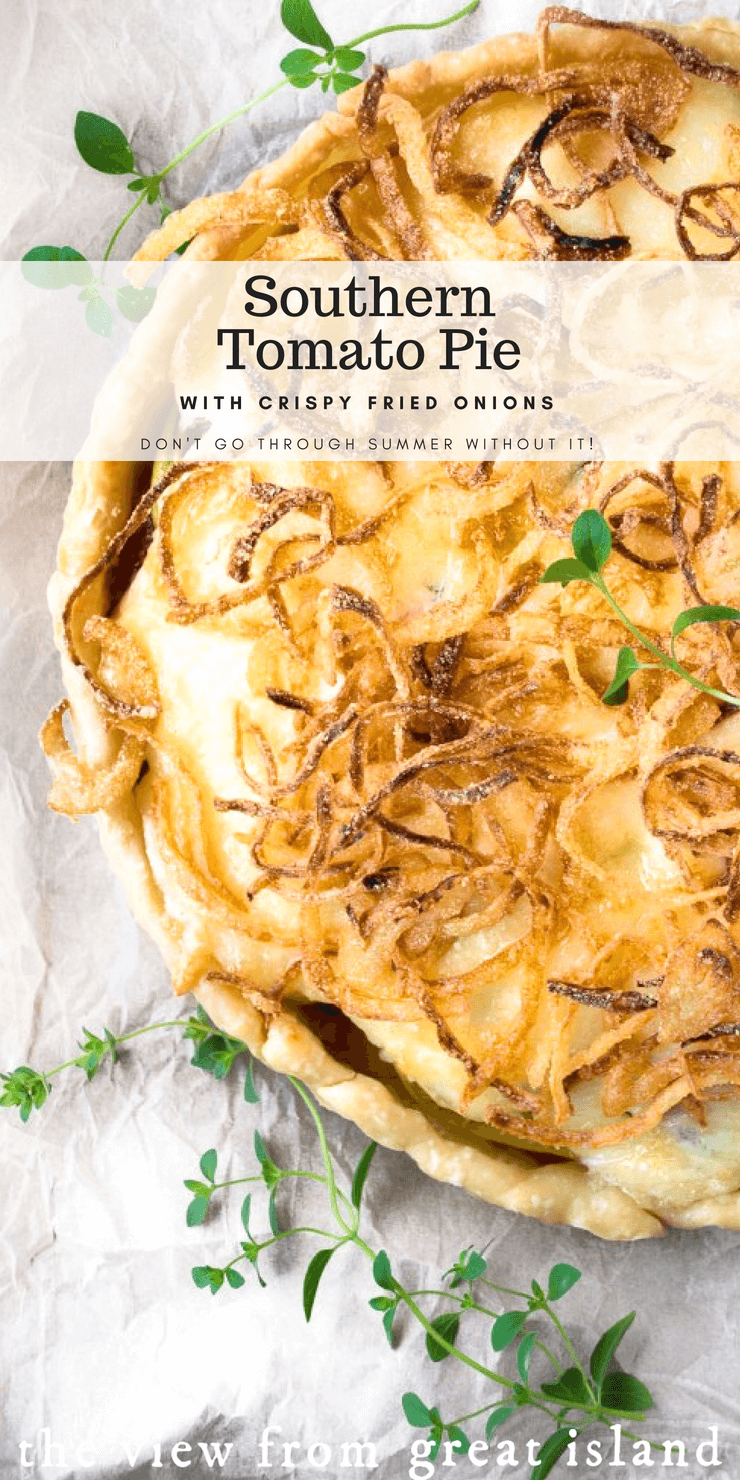 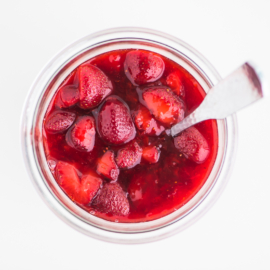 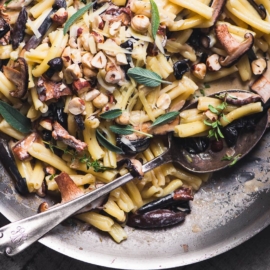 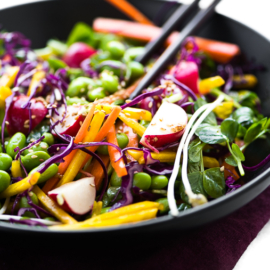 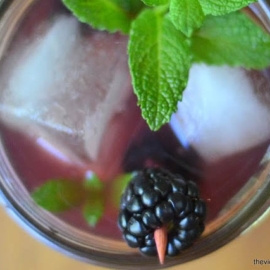