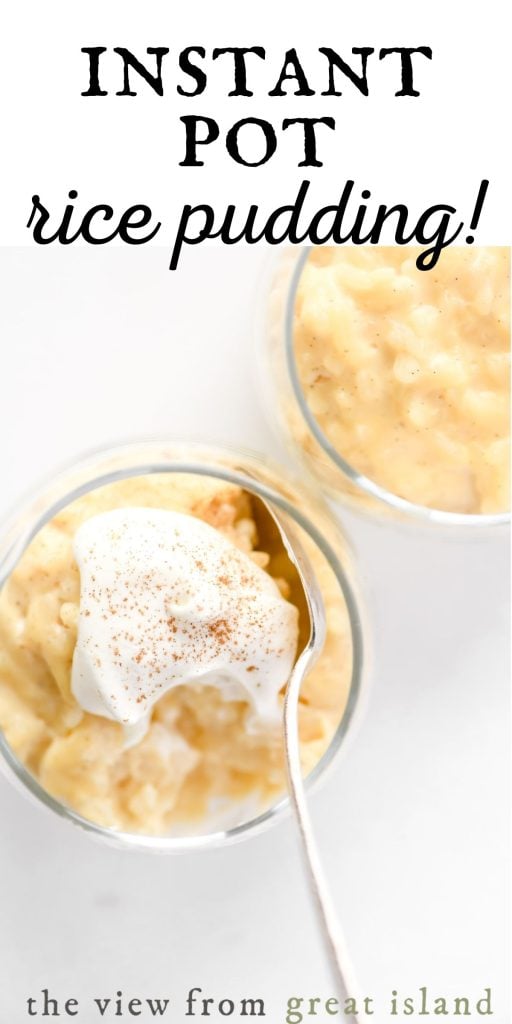 The Instant Pot makes a supremely rich and creamy rice pudding with a practically hands off method. This is the easiest rice pudding I’ve ever made, and the result is sheer perfection.

Rice pudding in the Instant Pot!

If you’ve been following me you might know that I have a ‘thing’ for Instant Pot risotto. It takes 6 minutes (hands off!) and is the best risotto ever. I make it all the time, in all kinds of variations and ‘flavors’. So when I wanted to share a rice pudding recipe with you guys, the first thing that popped into my head was ‘wonder if I could do it in the Instant Pot?’

With Instant Pot recipes it’s important to follow instructions exactly for good results. The machine is powerful so even small variations will affect your outcome.

Note: rice pudding solidifies as it cools, so if you want to serve it soft and warm, use the KEEP WARM function on the Instant Pot.

why make rice pudding in the Instant Pot?

There are a few great reasons to do it this way!

First, it’s a virtually hands off method, so no need to stand at the stove babysitting your pudding to make sure it doesn’t scorch or boil over.

In addition, the Instant Pot cooks the rice pudding perfectly evenly so the pudding is creamy and the rice still has a nice chewy bite to it, never mushy!

It does all this in a fraction of the time it takes to make stove top rice pudding. It makes this classic homey dessert doable for any day of the week.

Lastly, you can keep your pudding warm in the IP with the KEEP WARM feature, which is especially nice with rice pudding. I like to pop on my tempered glass lid while keeping warm.

Can I use brown rice for this rice pudding?

No, brown rice won’t create a creamy pudding like Arborio rice does. I recommend Arborio because it is starchy, and cooks up into a beautifully creamy pudding while still retaining a nice chewiness. It’s just perfect.

Can I start with cooked rice?

No, you need to start with raw rice.

Can I do this on the stove top?

Yes, you’ll bring the ingredients in STEP 1 to a boil in a heavy bottomed saucepan, then turn down the heat and simmer slowly, stirring almost constantly, until the rice is tender and most of the milk has been absorbed. Then proceed with STEP 6.

What else can I add to this rice pudding?

You can add raisins or currants, or dried cranberries. Stir them in in STEP 6.

Can I reheat leftover rice pudding?

Yes, just pop it in the microwave for 30 seconds and stir. Microwave a little longer if it’s not warm enough. This will soften it, too. If needed you can stir in some extra milk or cream to loosen it further.

have you tried my Instant Pot risotto recipes?

The Instant Pot is the BEST way to make risotto, with the same quick and easy results. I would buy the IP again just for this feature! 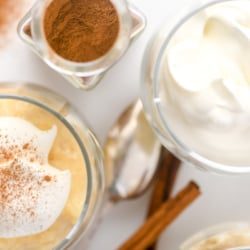 5 from 12 votes
The Instant Pot makes a supremely rich and creamy rice pudding with a practically hands off method. This is the easiest rice pudding I've ever made, and the result is sheer perfection.
Print Recipe Pin Recipe Rate Recipe
Total Time:30 minutes
Servings: 6 servings 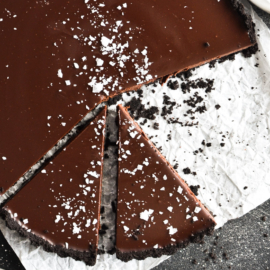 Decadent Chocolate Desserts to Ring in the New Year 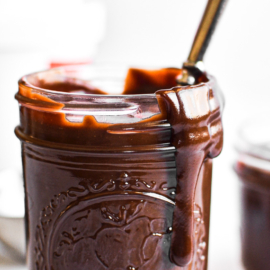 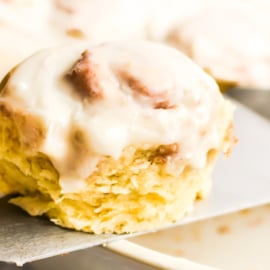 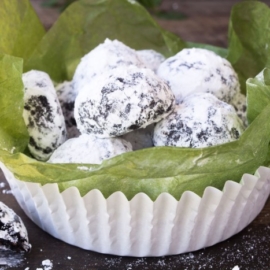